A real estate company has come under fire for recreating a gate sign which furious protestors say looks like it has come from Auschwitz death camp.

Protesters say the wrought iron gate with the name of the development written across the top in the city of Wroclaw, Poland, is similar to the notorious ‘Arbeit Macht Frei’ sign meaning ‘Work sets you free’.

The German phrase was first used at the entrance to the concentration camp where over one million people died during WWII. 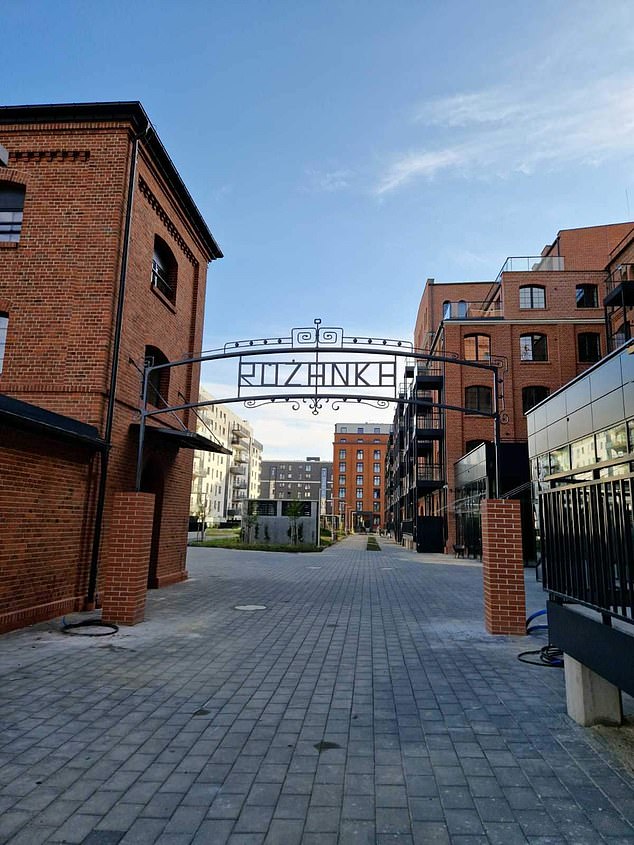 Posting a photo of the gate on social media, Twitter user Dominik Gawron wrote: ‘I must admit that the architects in Wrocław rose to the occasion.’

The photo has now gone viral with thousands criticising the developers of the Nowe Miasto Różanka housing estate of insensitivity.

Built by Nazi Germany in occupied Poland in 1940, the Auschwitz death camp was first used to imprison Poles, but later became the symbol of the Holocaust. 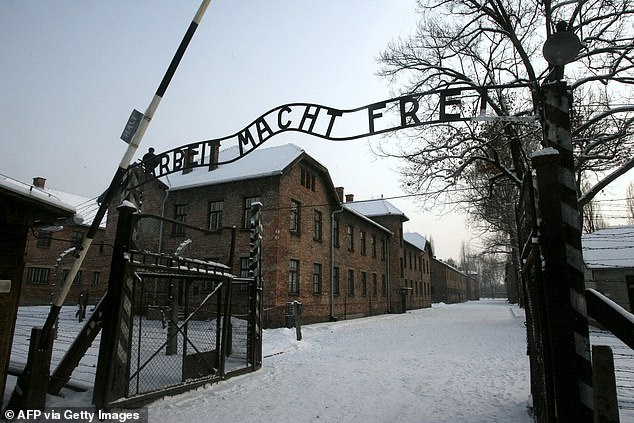 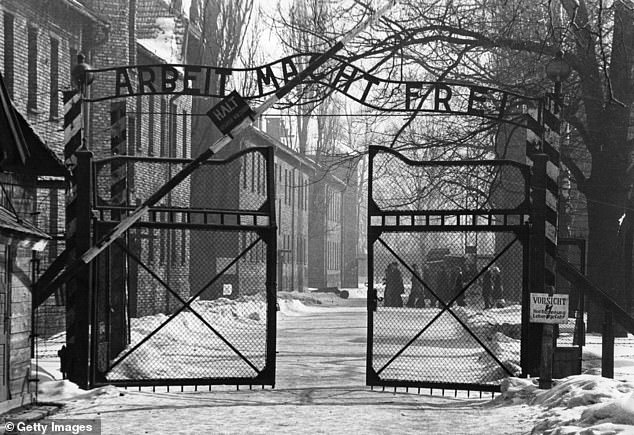 Originally the title of a an 1873 novel about fraudsters and gamblers finding virtue through labour, it was infamously adopted by Auschwitz commandant Rudolf Höss. He was executed in 1947 for overseeing one of the most horrendous the mass murders in history

Some 1.1 million people, most of them Jews, lost their lives in the camp, which remained active until January 1945.

Developers and investors of the estate at the former mill have now rushed to defend themselves.

Marek Thorz from ATAL, one of the investors in the estate, told local new portal Tu Wroclaw: ‘The facility has been preserved and restored as a historical artefact, and its revitalisation was approved and supervised by the conservator of monuments.’

‘The gate is a testimony to the history of this place and is also valuable for the testimony of Polish craftsmanship.’

He added that earlier this year a petition was set up to call for the developers to ‘renovate the historic Różanka gate’.

Describing the real estate development on its website as ‘a place where extraordinary history meets modernity’, the Atal company says: ‘Live in a place rich in history in one of the revitalised buildings.’

‘The Granary, Villa ‘Rosa’ and Młyn Różanka have retained their original, post-industrial atmosphere, which gives the building unique character.’

Used to make processed cereals before the war, the complex went through various ownership before falling into disrepair.