WHO says COVID end ‘in sight’, deaths at lowest since March 2020

Returning to international news for a moment, and the head of the World Health Organisation says the number of coronavirus deaths worldwide last week was the lowest reported in the pandemic since March 2020 – marking what could be a turning point in the years-long global outbreak.

During a recent press briefing in Geneva, WHO director-general Tedros Adhanom Ghebreyesus said the world has never been in a better position to stop COVID-19. 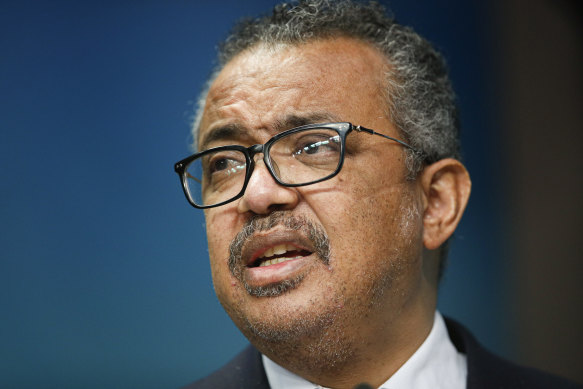 “We are not there yet, but the end is in sight,” he said, comparing the effort to that made by a marathon runner nearing the finish line.

“Now is the worst time to stop running. Now is the time to run harder and make sure we cross the line and reap all the rewards of our hard work.”

More on what the WHO has to say here.

To the first major political interview of the day, and Prime Minister Anthony Albanese has appeared on ABC Radio Sydney to say he essentially didn’t sleep last Thursday night after being told the Queen’s health was declining.

As regular readers of this blog will know, the PM is travelling to London this evening so that he can attend the Queen’s funeral. 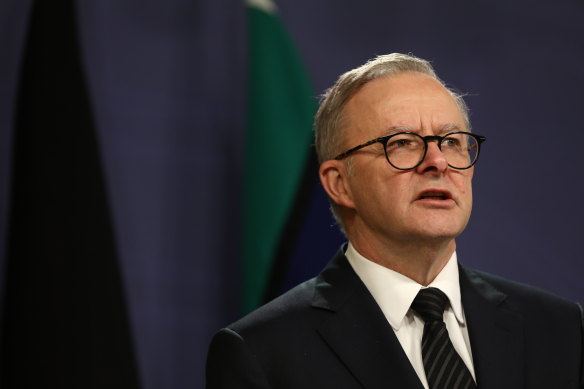 Travelling with the PM will be people like the governor-general as well as current and former Australians of the Year.

During the interview, Albanese was asked if it’s true that racing identities Robbie and Gai Waterhouse will be travelling on the same plane.

Here was the PM’s response:

They received separate invitations. They were having a difficulty yesterday afternoon … booking commercial flights. As you can understand, it’s a bit full at the moment. So, yes, we extended an invitation [to them].

He declined to say whether the Waterhouses are paying their own way. But he did say that Australians will understand why the Queen would have wanted racing identities at her funeral given her love for horses.

It comes as criticism within Russia of the retreat in Ukraine’s northeast Kharkiv region has spread from nationalist bloggers to mainstream political figures. 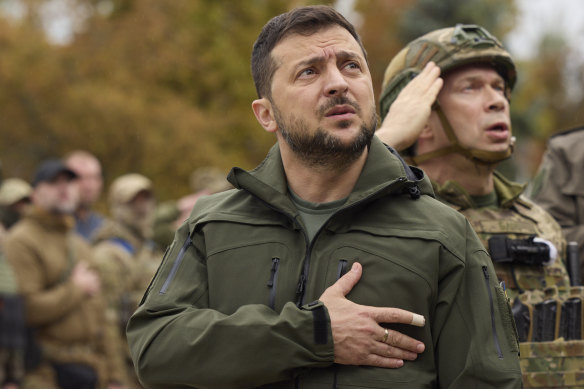 Ukrainian President Volodymyr Zelensky sings the Ukrainian national anthem during his visit to the city of Izium.Credit:AP

But Russia’s forces are still holding key positions in Ukraine’s Donbas region and putting up a fight near Kherson in the south. There are signs the Kremlin may also be redeploying forces to protect Crimea, which Russia annexed in 2014, in the event Ukraine is able to break through its lines.

Meanwhile, Ursula von der Leyen – the head of the European Union’s executive – has pledged to work to guarantee “seamless” access for Ukraine to the bloc’s massive single market to help its economy recover from the war.

The United States is preparing another package of aid to Ukraine, according to John Kirby, spokesman for the National Security Council, who cited a “shift in momentum” after the government in Kyiv said it recaptured more than 2300 square miles of occupied territory.

Russia invaded Ukraine back in February of this year.

Surging US inflation sparks fears of a global recession

Surging inflation in the world’s largest economy could lead to steeper interest rate increases in Australia, financial experts have warned, after the local sharemarket tumbled to its worst day in almost three months on renewed fears of a global recession.

About $60 billion was wiped off the bourse yesterday as the benchmark ASX 200 index plunged 2.6 per cent. The fall came after a shock jump in US inflation sparked warnings of aggressive interest rate hikes from the US Federal Reserve, a move that may pressure the Reserve Bank of Australia to follow suit. 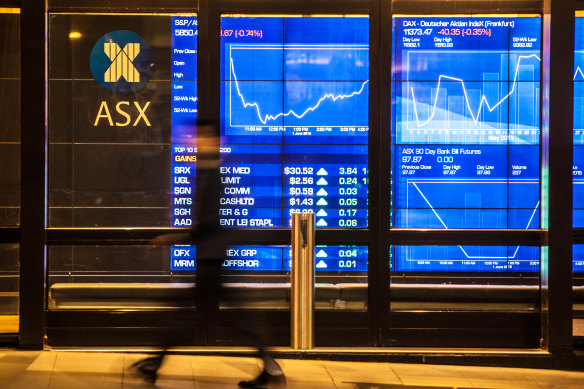 The ASX 200 had its worst day in almost three months on Wednesday.Credit:iStock

US consumer prices rose by a higher than expected 8.3 per cent in the year to August, sending shockwaves through global markets as investors fretted over the risk that more interest rate rises could spark a recession in the country.

More on these issues here.

The body of the late Queen has left Buckingham Palace, her home for the past eight decades, for the final time before lying in state at Westminster where hundreds of thousands of mourners will pay their respects over the next four days.

Thousands of people have already begun filing past the late Queen’s coffin, with the first members of the public paying their respects to the monarch shortly after 5pm London time (2am AEST). 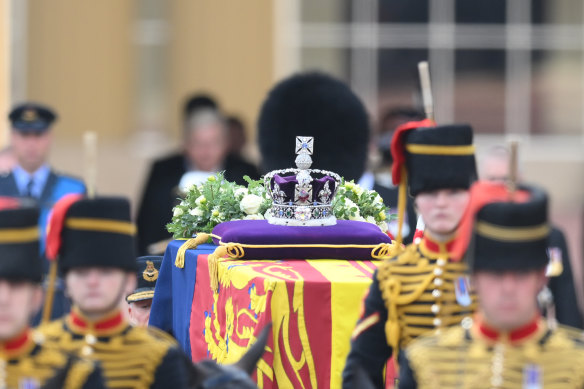 The Imperial State Crown rests on the coffin of Queen Elizabeth II.Credit:Getty

Ceremonial viewing areas along the procession route were full an hour before the coffin began its journey, with mourners being turned away and told to head to the large screens in nearby Hyde Park.

Tens of thousands more people lined The Mall in near-silence as King Charles III and his siblings walked behind the oak casket during a 38-minute procession from the palace to Westminster Hall.

It’s Thursday, September 15. I’m Broede Carmody and I’ll be anchoring our live coverage for the first half of the day.