Australia has suffered catastrophic losses of wildlife and habitat, according to the official five-year scorecard on the state of the environment, released today, as leading scientists plead with the Albanese government to urgently ramp up protections to halt the escalating rate of extinction.

The latest State of the Environment report says Australia has lost the most mammals of any continent. More than 80 per cent of Australia’s nearly 400 mammal species, from furry greater gliders that fly across treetops to the egg-laying, poisonous platypus, are found nowhere else. Tragically, the 39 mammal species that have disappeared since colonisation in 1788 represent 38 per cent of the world’s lost mammals. 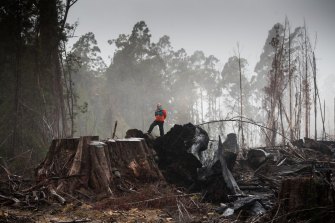 Land clearing has been identified as a chief culprit in the escalating threat to Australia’s wildlife and habitat.Credit:Jason South

Since 2016, when the previous State of the Environment was released, 17 mammal species were either added to the endangered list or downgraded to the critically endangered list, as well as 17 birds and 19 frogs.

The extinction risk this month for greater gliders in NSW and Victoria has been upgraded by the federal government, which now rates the species once common in eastern forests as a risk of disappearing in coming years.

More on the report’s findings here.

The nation’s workers are being told to prepare for an even bigger fall in their after-inflation wages as Treasurer Jim Chalmers signals a “confronting” economic future that will force the government to find new ways to relieve supply chain issues across the country.

Chalmers will use an address to parliament next week to reveal how the lift in inflation and the Reserve Bank’s aggressive increase in official interest rates will hit growth and the household sector. 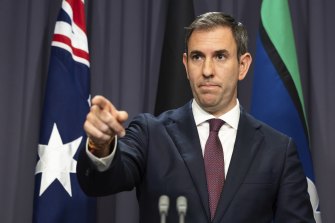 “There will be aspects of [next week’s] ministerial statement that people will find confronting,” the Treasurer said during a press conference yesterday.

The most recent federal budget was delivered in the last week of March, six weeks before the Reserve Bank started to lift interest rates and a month before it was revealed inflation was running at a near-20-year high.

Since then, inflationary pressures domestically and around the globe have intensified, the RBA has increased interest rates at three consecutive meetings and is expected to lift them again in August while the jobless rate is at a 48-year low of 3.5 per cent.

More on Australia’s economic outlook, and how it affects you, here.

It’s Tuesday, July 19. I’m Broede Carmody and I’m back on deck anchoring our live coverage for the first half of the day.