Mykolaiv: An Australian man dubbed “Ninja” who spent months in forestland with a battalion of foreign fighters has been killed in a battle to liberate a Ukrainian village.

Trevor Kjeldal from Queensland defied Australian government advice in March and flew to fight in Ukraine despite having no ties to the country or any previous military experience. 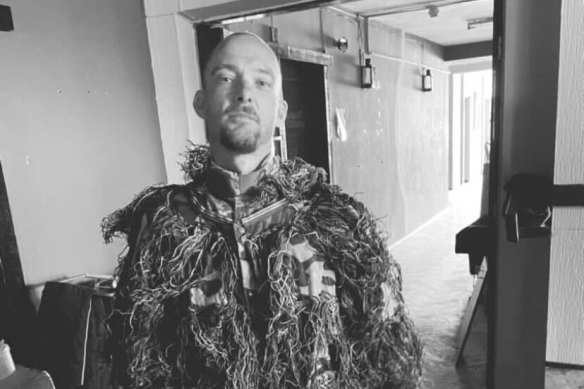 Trevor Kjeldal pictured while in Ukraine.

The 40-year-old died in battle on Wednesday in the Luhansk region where there has been heavy fighting in recent weeks. It is believed he was killed near the village of Nevske, which was liberated by Ukrainian forces on the same day Kjeldal died.

A member of his unit, who was text messaging with the Australian four hours before he died, described the Australian as “really committed to the cause” of “Ukrainian liberty” and “fighting the Russians”.

“Back in July he suffered a serious injury, and after undergoing health treatment for two months he returned in mid-September. He was really committed.” 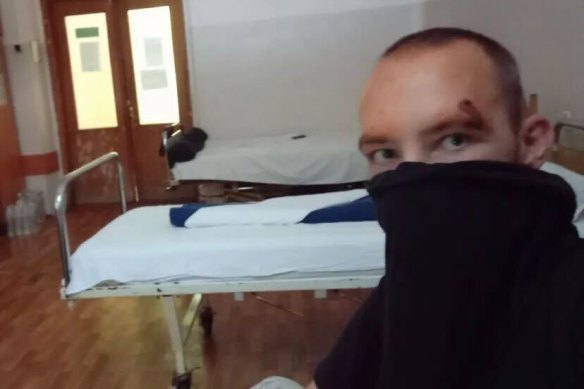 Trevor Kjeldal in a hospital outside of Kyiv after he was injured fighting in mid-July.

“It was quite intense fighting here [at the position].”

He said Kjeldal was the second Australian to die fighting with their unit. Jed William Danahay, 27, also from Queensland was killed in August in Izyum in eastern Ukraine by Russian forces.

Kjeldal spoke with The Sydney Morning Herald, The Age and Nine News while receiving treatment in a hospital outside the capital of Kyiv after he was injured fighting in mid-July. Then his battalion, made up of volunteers from the US, the UK and parts of Europe, had come under fire from a small group of Russian soldiers.

He said he had been inspired to join the war in Ukraine after hearing President Volodymyr Zelensky’s impassionate plea for fighters and the formation of an “International Legion”.

“When I heard that Zelensky was calling out for volunteer fighters I booked my ticket straight away. I was really inspired by the Ukrainian people’s bravery and resilience,” Kjeldal said.

“Plus, Australians always love to support the underdog, it’s just our nature.”

After his eight weeks in hospital, Kjeldal opted to return to the battlefront instead of home to Australia.

“I beat the odds once so let’s just see if I can do it again, I suppose,” Kjeldal told Nine News.

Ukraine’s Foreign Minister, Dmytro Kuleba has previously said some 20,000 foreign fighters from 52 countries have applied to join the fight. No official figures are publicly available on how many Australians may be fighting in Ukraine however previous reports have placed it somewhere between 200 and 600.

Unlike the British government, which has encouraged military-trained citizens to join the war effort, the Australian government has repeatedly warned Australians against travelling to Ukraine.

In Australia, it’s currently illegal for citizens to fight for non-state armed groups in foreign conflicts, although it is legal to join a foreign nation’s formal military force.

Tasmanian father-of-three Michael O’Neill, 47, died in May, the first known Australian casualty in the conflict. Initial reports said he died providing humanitarian aid but his family has since told The Australian he was fighting with the foreign legion.

A Department of Foreign Affairs spokesperson said it was providing consular assistance to Kjeldal’s family.

“We send our deepest condolences to the family and request their privacy be respected during this difficult time,” the spokesperson said. “We are unable to provide further comment.”

The department’s ability to offer consular assistance to people who travel to Ukraine is extremely limited due to Russia’s invasion, but Kjeldal’s family thanked the department for their efforts.

“We would like to thank DFAT for their ongoing assistance in bringing him home to us,” a family spokesperson said.

“Our depth of sadness at his loss is unfathomable.

“Trevor was a very treasured and loved member of our family.”

“My condolences go to this gentleman’s family and his friends,” he said. “I remind people that the DFAT advice is that people do not travel to Ukraine. It is a dangerous place. My heart goes out to the family and friends of the gentleman involved.”