Australia’s first and only commission dedicated to revealing the truth about injustices committed against Aboriginal people has moved closer to starting its work after the appointment on Tuesday of Josh Smith as its chief executive officer.

Mr Smith, a Dunghutti man who has extensive experience in law, justice and social policy, will be responsible for the strategic operation of Victoria’s Yoo-rrook Justice Commission, which is expected to begin its work next month. 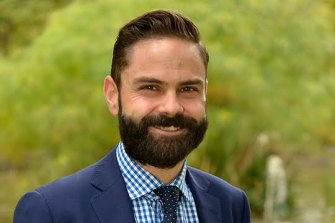 The Yoo-rrook commission will explore both historical and ongoing injustices committed against the Victorian Aboriginal community since colonisation.

Mr Smith, whose most recent position was deputy secretary of Aboriginal justice at the Victorian Department of Justice and Community Safety, will take up his new position on June 21.

A commission spokesman said Mr Smith was a highly regarded leader who brought with him a wide network among Victorian Aboriginal communities.

“Mr Smith will assist the commissioners in helping them to achieve the commission’s objectives, including those related to truth-telling, educating the wider public and making recommendations for structural reform,” the spokesman said.

Areas of historical and ongoing injustice to be investigated by the wide-ranging commission are likely to include cultural violations and massacres, policing and criminal justice, child protection, family and welfare matters, health and healthcare and other subjects relating to economic, social and political life.

The commission, established by the Victorian government with critical support from the First Peoples’ Assembly of Victoria, is expected to deliver its interim report in June 2022, with the final report expected in June 2024.

It will be invested with the powers of a royal commission, including the authority to subpoena documents and past officials.

The Yoo-rrook Justice Commission’s objectives are to:

The phrase “Yoo-rrook” means “truth” in Wemba Wemba/Wamba Wamba, an Aboriginal language spoken in and around the north-west region of Victoria.

Alex Harvill jump video: What was the daredevil's cause of death?