AUSTRIA'S chancellor has been forced to quit after he was named as a prime suspect in a corruption probe just four years after becoming the world's youngest leader.

Sebastian Kurz and nine of his associates have been accused of using public money to pay to manipulate polls and to secure friendly reports in the media. 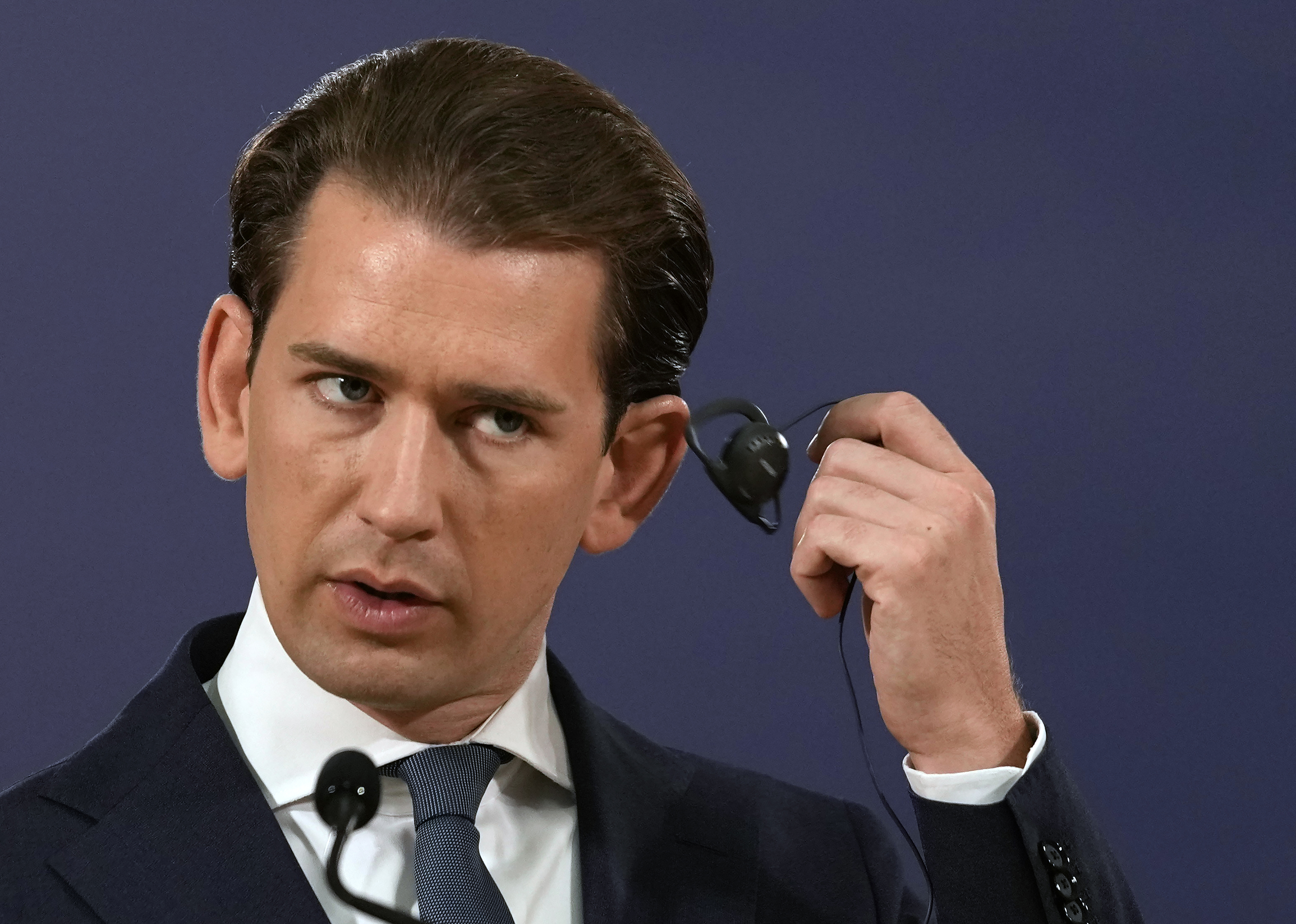 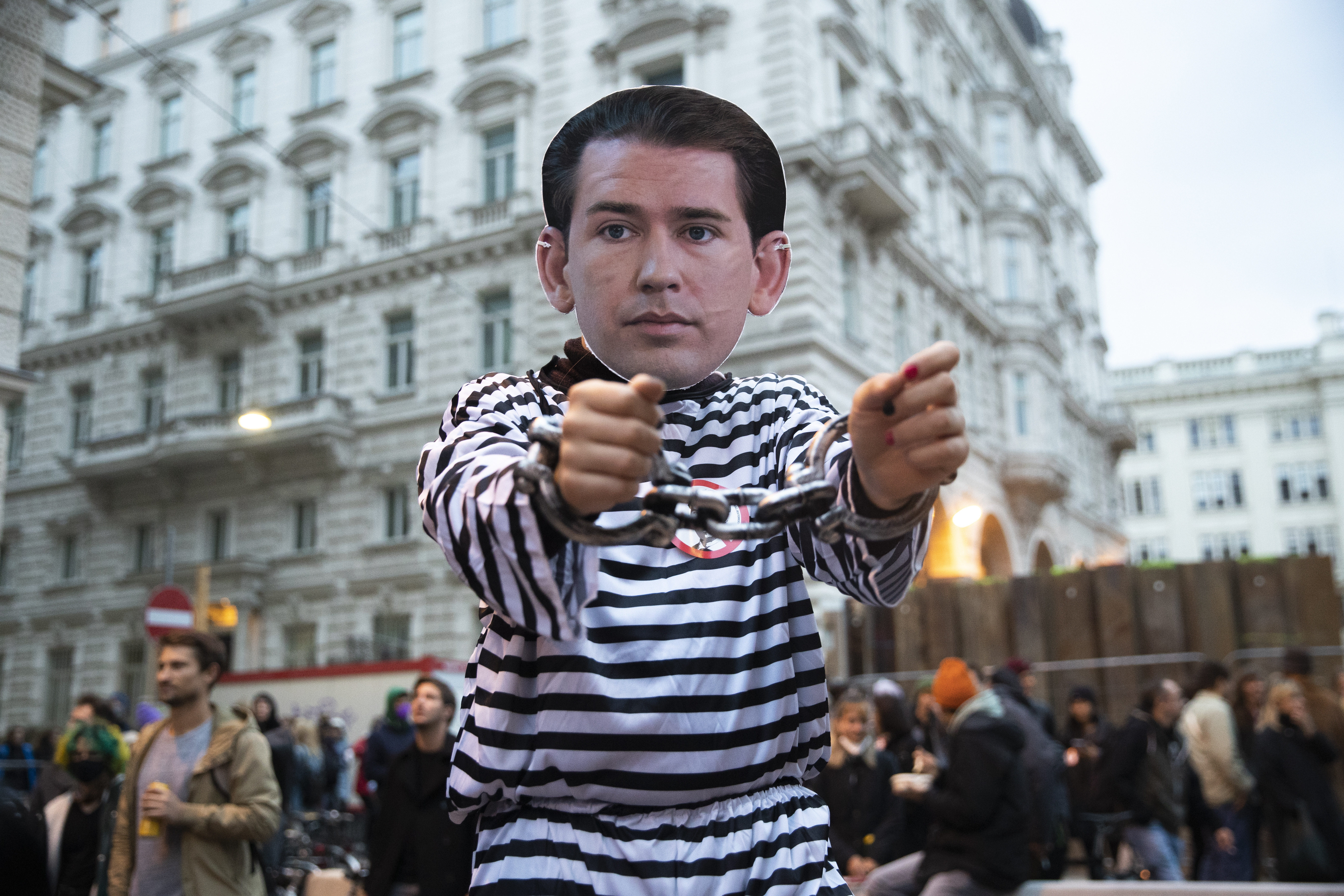 In a televised media statement, Kurz said he wanted to "make space to prevent chaos".

"We need stability," the 35-year-old conservative said, adding it would be "irresponsible" to allow Austria to "slide into months of chaos or gridlock" while the EU member fights the pandemic.

Kurz said he would nominate Foreign Minister Alexander Schallenberg as the new chancellor, while he would stay on as the leader of his People's Party (OeVP).

Vice-Chancellor and Greens leader Werner Kogler on Friday had asked the OeVP to name another chancellor, saying Kurz was "no longer fit for office".

On Wednesday prosecutors raided several locations linked to the OeVP and announced that Kurz and nine other individuals were under investigation over claims that government money was used in a corrupt deal to ensure positive media coverage.

Kurz has denied any wrongdoing, reiterating on Saturday that allegations against him were "false."

"I will be able to clarify it; I'm sure about that," he said calmly.

He said some of the text messages he wrote that got him into hot water were composed in "the heat of the moment".

"I'm just human with emotions and mistakes," he said.

By stepping down, Kurz avoids having to face a parliamentary no-confidence motion, which he was expected to lose after his junior coalition partner, the Greens, turned against him.

In 2019, his coalition with the far-right Freedom Party (FPOe) already collapsed after his ally became engulfed in a corruption scandal, but fresh elections once again saw Kurz's OeVP come out on top.

In the latest scandal, according to prosecutors, the core allegation is that between 2016 and 2018, finance ministry resources were used to finance "partially manipulated opinion polls that served an exclusively party political interest".

This correlates to the time period in which Kurz, already a government minister, took over the leadership of the OeVP.

Prosecutors allege that payments were made to an unnamed media company, widely understood to be the Oesterreich tabloid, in return for publishing these surveys.

The OeVP-Green coalition entered office in January 2020 and has already been put under strain several times by the fallout from other corruption scandals and differences over questions such as refugee policy.

Thousands demonstrated in front of the OeVP headquarters in central Vienna late on Thursday, calling for Kurz's resignation while waving signs that read "against corruption" and "shame on you".

Kurz became the world's youngest leader when he was elected as chancellor at the age of 31 in 2017.

Nicknamed "wunderwuzzi" or “wonderkid" at the time, Kurz topped the poll with over 31.5 per cent of the vote.

Like the Alternative for Germany and France's National Front, the FPOe raised concerns about a record influx of migrants into Europe.

In slick campaign adverts of him scaling the Alps, Kurz promised to slash taxes and red tape and "return this beautiful country to the peak".

He called for illegal migration into Europe to be stopped and for benefits to be cut and capped for asylum seekers.

He said: “We must stop illegal immigration to Austria because otherwise there will be no more order and security."

Meanwhile, chaos has ensued in another European country with the news that Poland could follow the UK out of the EU.

Warsaw and Brussels are currently locking horns following years of tensions between the Eastern European nation and the bureaucratic bloc.

And this is fuelling concerns within Brussels that Warsaw could follow Britain out the door and bid farewell to the 27-member union.

Mr Morawiecki has previously called the bloc a dictatorship – but has insisted publically he hopes to stay in the EU while support for the union remains high in Poland.