‘He wants to go to the pub and have half a pint and a cheese roll’: Parents of autistic man, 45, who has been held in secure hospital for 21 YEARS are celebrating after being told he can finally go home

A cheese roll and a half pint.

Those are the simple pleasures awaiting Tony Hickmott when he is released from his secure Assessment and Treatment Unit after more than two decades.

Spending Christmas and birthdays in his family home, changing the channel on his own television and making a cup of tea for his dear mother are among the other freedoms he will soon be on the receiving end of.

His new life will be a far cry from the conditions he endured at his secure hospital, where a whistleblower last year described the 45-year-old as the ‘loneliest man’ there, and compared him to ‘an animal’ because his only basic needs were met.

Mr Hickmott, now 45, was sectioned under the Mental Health Act as a young man in 2001 and moved from his parents’ home in Brighton, East Sussex to a secure hospital more than two hours away.

The hospital, which is more than 100 miles away, has not been named for his care and wellbeing.

Carers at the secure unit said he was left marooned in a locked room almost 24 hours a day in the hospital facility, enjoyed little freedom and spent all of his time ‘in solitary confinement’.

Mr Hickmott, who has autism, has been at the centre of a furious battle between his parents, MPs and campaigners and the local authorities to find him a safe and suitable home in Brighton since he was declared ‘fit for discharge’ in 2013.

Mr Hickmott’s elderly parents have bravely fronted the fight to get their son rehomed in the community, and he is now expected to return to his hometown for the first time in 20 years in November.

Pamela, Mr Hickmott’s 78-year-old mother, shared her delight at the news that her son would finally be coming home after more than two decades.

‘He’s coming home, I can’t believe it. It will be a real home. We’ll get him and every day will be a bonus.

‘I’m overjoyed. It has been a long, long road and we have had to overcome huge hurdles to get the authorities to see sense but we are delighted we will finally have our boy back.’ 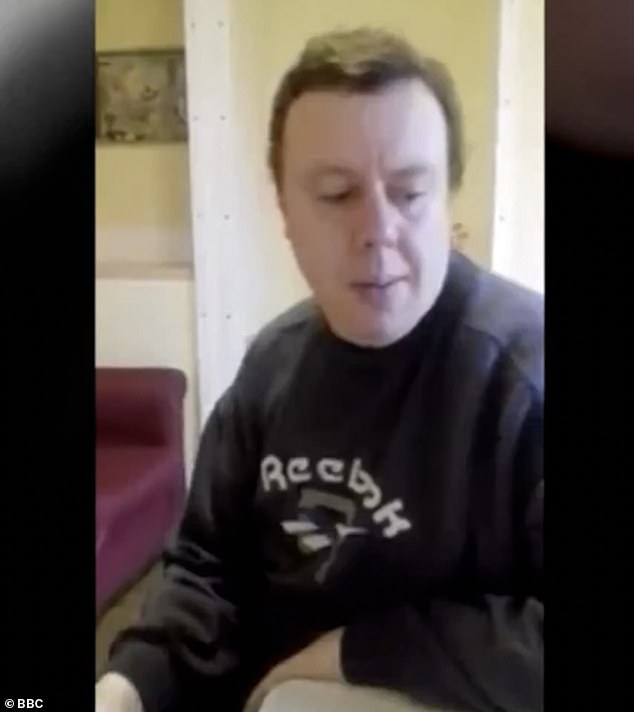 Tony Hickmott, now 45, was sectioned under the Mental Health Act as a young man in 2001 and moved from his parents’ home in Brighton, East Sussex 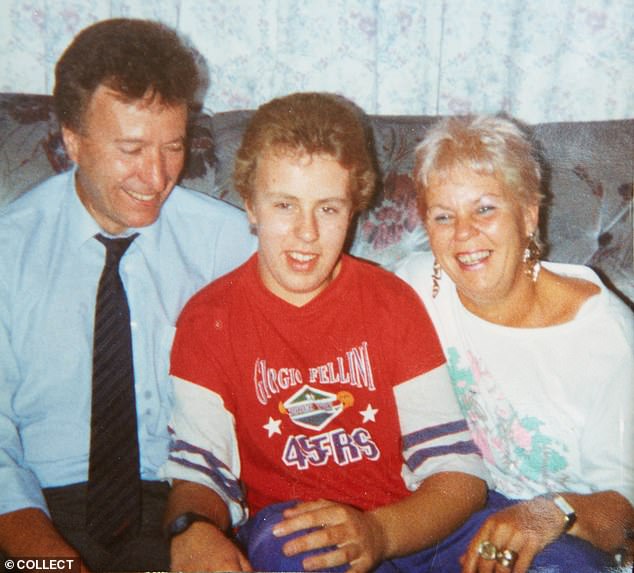 Roy and Pam Hickmott with their autistic son Tony aged 13 in 1990, a little more than a decade before he was incarcerated in a secure Assessment and Treatment Unit more than two hours from his hometown

Mr Hickmott has waited for 21 years for the authorities to find him a suitable home, and his elderly parents Roy and Pam (pictured at the family home in Brighton) have long fought to get him rehoused in the local community

ATUs are designed to be a short-term safe space used for people living with learning disabilities in crisis.

Mr Hickmott’s parents were initially told he would spend nine months in the secure unit until a suitable home was found for him in the Brighton area.

But he has since become one of 100 people who have spent more than 20 years in secure medical wards – locked up alongside criminals and others prone to violent outbursts.

As Tony moved into adulthood, Pam and Roy began to struggle with his care.

Although they insist he was never violent, he needed 24-hour supervision, which was exhausting. Naturally, they worried what would happen to him when they were no longer alive.

They approached adult services and, for a time, Tony spent three days at home and four days in care in Hastings.

It was, Pam says, ‘absolutely fabulous’ until his carer changed and Tony took a dislike to the replacement.

He was 21 when adult services suggested ‘a new autistic place’ — an assisted living flat in Lindfield, West Sussex.

As they waited for his accommodation to become ready, Tony was shuffled from one temporary place to another.

He spent eight months 400 miles away in Wales, in a ‘great big old bleak house’, Pam remembers. ‘They had stained mattresses on the floor and all queued around a pot full of spaghetti. Tony’s room was right up at the top and it was so cold.’

Assessment and Treatment Units are designed to be short-term secure placements for people with learning disabilities to receive treatment before moving back into the community.

However, all too often, patients are being sectioned under mental health laws and sent to ATUs where they languish for years.

People with autism placed in ATUs are particularly vulnerable: they can respond badly, even aggressively, to anxiety, stress or unexpected events.

Many sectioning orders are for a maximum of 12 weeks, but patients can then be shifted into a different category of indefinite length – although there are meant to be discharge plans made from the start.

According to data released last year, the average stay for these patients at ATUs is five and a half years.

Without proper help from trained staff, stress levels for people with autism and learning disabilities can spiral as they react by fighting, fleeing or freezing. They can then get stuck in seclusion, sedated with drugs as their issues intensify.

Tony then spent six months in a secure unit in Croydon, where, according to Roy: ‘He was so heavily medicated he slept naked all night in a lock-up and started having seizures.’

After an incident, the details of which the family say was never shared with them, Tony was sectioned and sent to the secure ATU – a two-hour drive away from Pam and Roy – ‘temporarily’ where he remains today.

Details of Mr Hickmott’s ordeal were first published in November 2021, after a gagging order preventing reporting of the case was overturned in court.

Inside the secure ATU, which this year was branded as failing to meet people’s needs by the Care Quality Commission watchdog, Mr Hickmott speaks to members of staff through a hatch.

It was at the Court of Protection that senior Judge Carolyn Hilder launched a series of bruising comments that slammed the ‘egregious’ progress in finding him the right care.

His parents remain furious that action was only taken when the gagging order was lifted and they were finally allowed to speak publicly about the scandal.

‘It’s astonishing,’ said Mr Hickmott, a retired electrical engineer. ‘A lot of people have made a lot of money out of this case.

‘Officials say it has cost around £11million to look after Tony for the last 20 years – but that is on the low side. He could have stayed in a five-star hotel for that.

‘It has been such a waste of everyone’s time and money though I’m relieved he is finally coming home to accommodation more suited to his needs.

‘Having fought tooth and nail for this for the last 20 years has been an enormous strain on Pam and I but it is nothing to what Tony has suffered.

‘He was the loneliest man in the country, locked up all the time in solitary confinement when he should have been having specialist care for autism to help him realise his potential. He was just chucked in a room and forgotten – it’s a scandal.’

Mr Hickmott had been declared ‘fit for discharge’ by psychiatric experts in 2013, but the local authorities struggled to create an adequate community care and support package for his needs.

A BBC investigation last year found that 350 people have been detained in specialist hospitals for more than a decade, and around 2,000 similar patients were being held in other secure settings across England.

MPs and campaigners have joined together in their calls to see such hospitals, where autistic people can be detained for prolonged periods of time, closed by 2024. 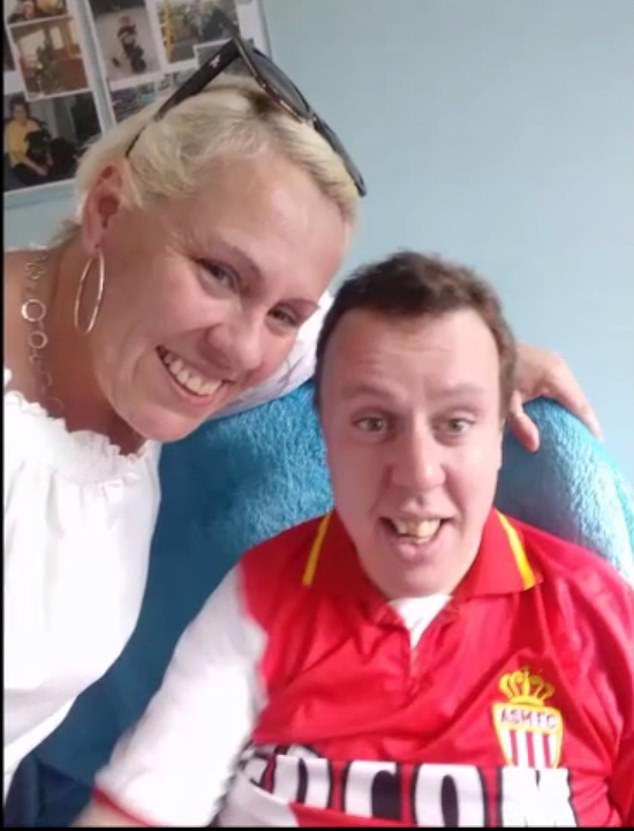 Mr Hickmott’s parents were initially told he would spend nine months in the secure unit until a suitable home was found for him in the Brighton area. But he has since become one of 100 people who have spent more than 20 years in secure medical wards 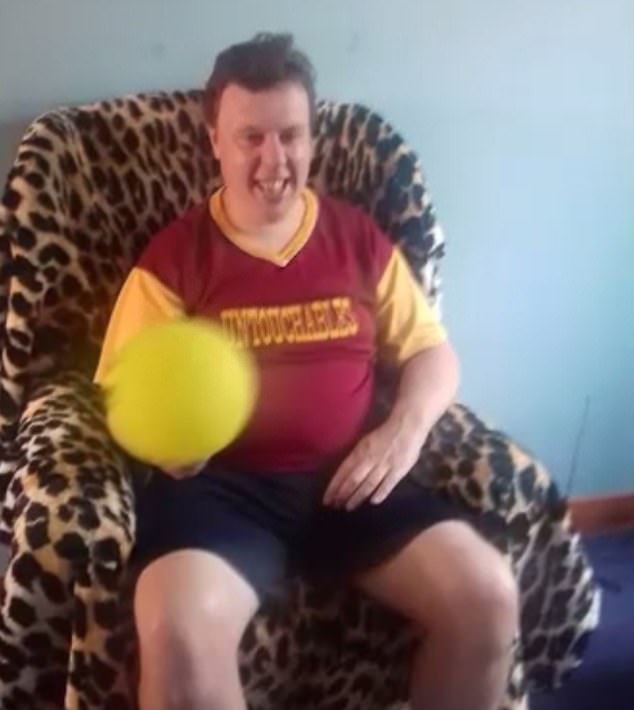 Details of Mr Hickmott’s ordeal were first published in November 2021, after a gagging order preventing reporting of the case was overturned in court

Brighton and Hove Council were contacted by MailOnline to provide comment.

In 2020, the hospital was put into special measures because it did not always ‘meet the needs of complex patients’.

Phil Devine, one of Mr Hickmott’s former support workers, described how he felt complicit in the autistic man’s ‘neglect and abuse’ while he worked at the private, low-secure hospital between 2015 and 2017.

Some of the patients there had committed crimes, while others such as Mr Hickmott were detained under the Mental Health Act, he claimed.

‘He had never committed a crime, but here he was, living in solitary confinement,’ he told BBC News.

‘He was fed, watered and cleaned. If anything happened beyond that, wonderful, but if it didn’t, then it was still OK.

‘That’s just a schedule – that’s not a care plan. It was strict, it was rigid. But that was all Tony had.’

A report highlighted high levels of restraint and overuse of medication, a lack of qualified and competent staff and an increase of violence on many wards. The Care Quality Commission said that the hospital has now been taken out of special measures but still ‘requires improvement’. 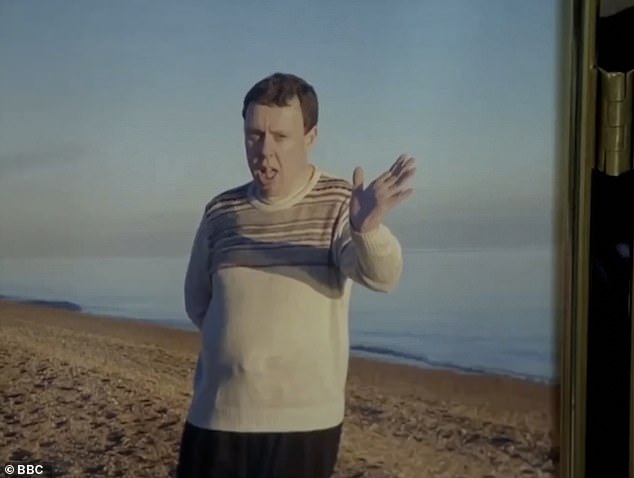 A BBC investigation found that 350 people have been detained in specialist hospitals for more than a decade. And 100, including Mr Hickmott (above) have spent more than 20 years in ATUs 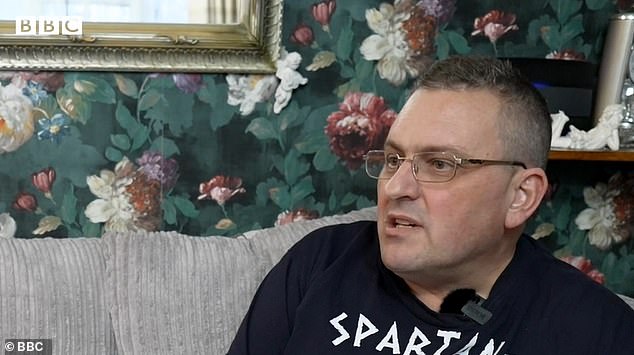 Phil Devine (pictured) described how he felt complicit in the autistic man’s ‘neglect and abuse’ while he worked at the private, low-secure hospital between 2015 and 2017

A care team for Mr Hickmott is now being assembled and he is expected to move to his new home on November 1.

After a saga spanning two decades, Mr Hickmott is due to move into his new home in the Brighton area shortly – but his parents are wary of any further setbacks.

‘We can’t give him any more broken promises,’ Pam explained to BBC News.

‘I’ve lost count of the broken promises. We can’t do it to him again.’

Despite their 20-year anguish, his parents say they are excited to see Tony living as a free and independent man once again.

His father, Roy, revealed one of the first things the pair hope to do together upon Mr Hickmott’s release.

‘He wants to go to the pub with me.

Mrs Hickmott, a retired NHS worker, said she and her husband had fought for more than 20 years to get the proper care for their autistic son.

She said: ‘We have had to fight years to get this far. The amount of bureaucracy, inefficiency and failings on behalf of the authorities has been staggering.

‘Tony hasn’t had any specialist treatment for his autism in all that time. It’s shocking.’

Mr Hickmott added: ‘It has been a really long journey but I’m looking forward to having him back.

‘You wouldn’t treat an animal the way Tony has been treated. It is shocking and shows how uncaring we have become as a society.’

In 2015, the Government launched a programme aimed at ending the scandal of adults with learning disabilities and autism being kept for years in in-patient units.

This followed horrific revelations in 2011 about the neglect of patients with learning disabilities at Winterbourne View hospital in Gloucestershire.

And in June, the government published its draft reforms to the Mental Heath Act in a bid to ‘redefine mental disorder’ so that it would no longer include autism.

If passed into law, the changes would see NHS groups and local authorities required to provide acceptable levels of resource to prevent those living with autism from reaching crisis point.