Average council tax bill will top £2k for millions of households next year as payments are set to rise by 4.3%

Millions of struggling families face average council tax bills of more than £2,000 a year for the first time, research suggests.

The typical fee in England is set to rise by £78.31 – or 4.3 per cent – next year, the Chartered Institute of Public Finance and Accountancy found.

There were major regional variations in the increases on 2020/21 council tax bills, the researchers said. The highest rises were in inner London (5.5 per cent) and the lowest were in the East of England (3.5 per cent). In London the average council tax for a band D property in 2021/22 is £1,377.34 – surprisingly, the lowest in the country for this category. 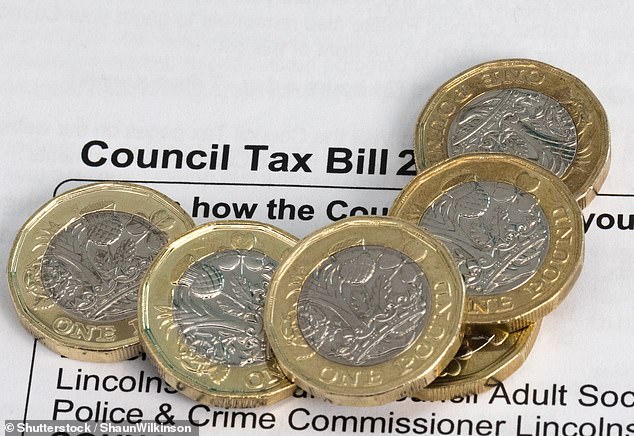 The typical fee in England is set to rise by £78.31 – or 4.3 per cent – next year, the Chartered Institute of Public Finance and Accountancy found (file image)

The average bill is expected to be £1,895.25. The news will anger Tory MPs in former ‘red wall’ constituencies in the North East that are facing higher taxes, as well as those representing the South West.

Rob Whiteman, chief executive of the Chartered Institute, said: ‘The stark contrast between the levels by which different regions are raising their council tax is indicative of the difficult political position created for them by central government.’

The survey was based on questionnaire responses from 290 authorities in England and Wales. Of those councils in England, all but 13 will be increasing their council tax. The typical bill in Wales is set to increase by 3.9 per cent, or £64.58.

Council tax varies across the country because local authorities have the power to add their own levies, known as ‘precepts’, to bills. 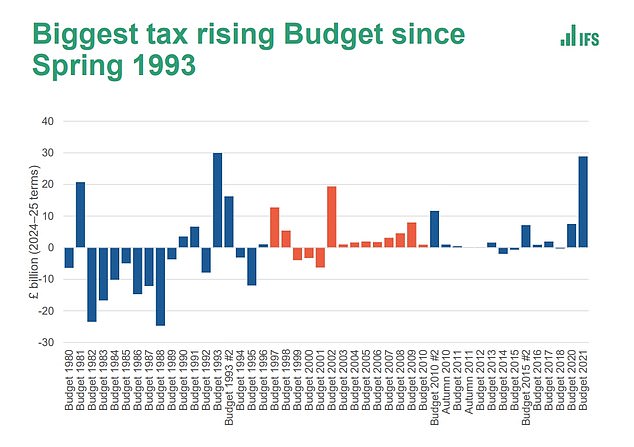 Harry Fone, of the TaxPayers’ Alliance, added: ‘Council tax bills are going sky-high and feel like a kick in the teeth to taxpayers’

These are capped by the Government so can only be raised to a certain level each year. For example, local authorities with responsibility for adult social care can increase their council tax by an additional three per cent this year.

Robert Palmer, of Tax Justice UK, said: ‘It can’t be right that a Park Lane millionaire can end up paying a comparable amount of council tax as a just-about-managing family in the North.’

Harry Fone, of the TaxPayers’ Alliance, added: ‘Council tax bills are going sky-high and feel like a kick in the teeth to taxpayers.’

He added: ‘With new fiscal powers a long way off, local authorities must do more right now to eradicate wasteful spending and stop these huge hikes.’

But a Local Government Association spokesman said authorities faced ‘tough choices’. He said: ‘Council tax rises – particularly the adult social care precept – have never been the solution to the long-term pressures faced by councils, particularly in social care which is desperately in need of reform.’

The Ministry of Housing said local authorities have always been responsible for setting council tax levels and it ‘recognises that councils are best placed to decide which services need support in their area’.

average, Bill, council, tax, will
You may also like: