Though it took months to materialize, the deal that made abundant sense for all parties finally came together.

On Wednesday, the Cleveland Browns traded quarterback Baker Mayfield to the Carolina Panthers in a deal that allowed all involved to settle important issues just three weeks before training camps are set to open.

For Mayfield, the swap provides a chance at relaunching his career after he insisted on getting out of Cleveland once the Browns began their pursuit of a blockbuster trade for Deshaun Watson. The Browns, meanwhile, officially turned the page on the No. 1 pick in the 2018 NFL draft, forging ahead with Watson and backup Jacoby Brissett. And in Carolina, Mayfield’s arrival provides another path for a franchise desperate to find an answer behind center.

Here are the winners and losers from the trade: 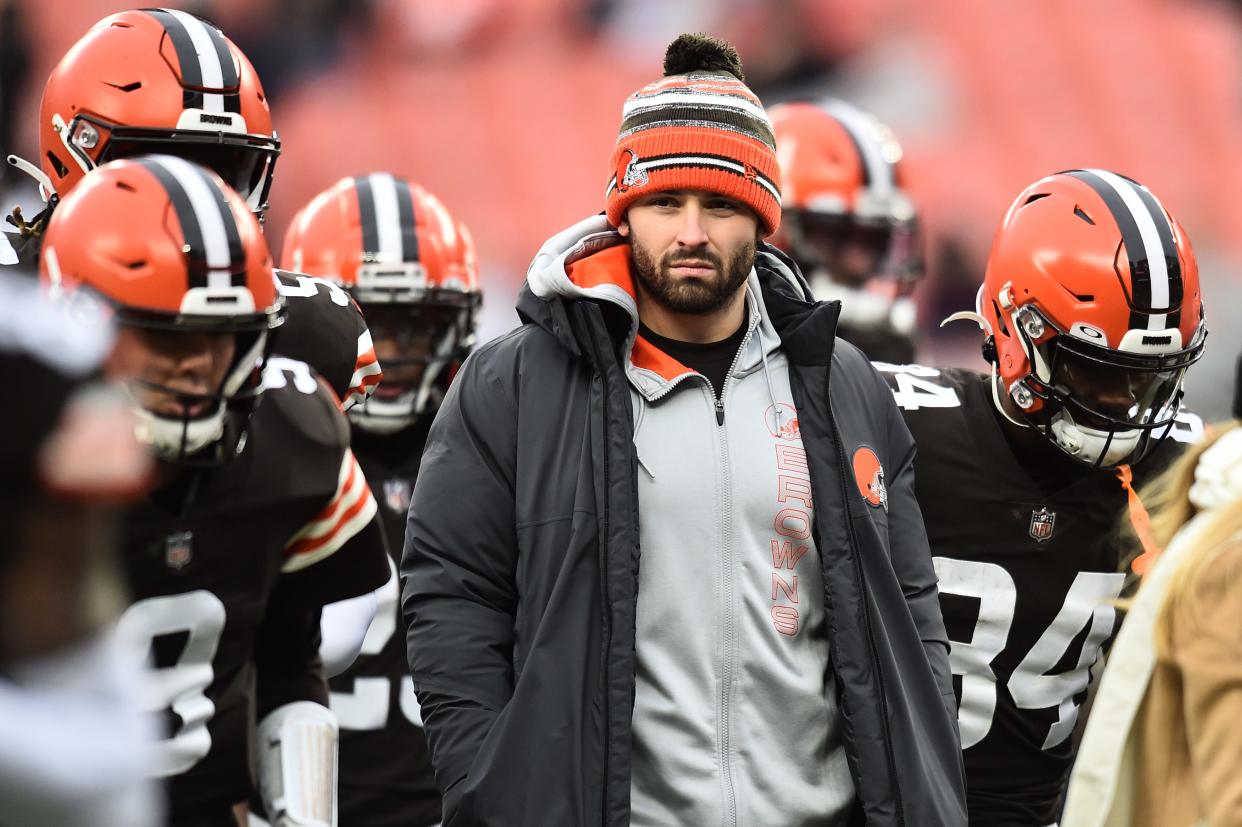 Browns: Paying just $10.5 million of Mayfield’s $18.8 million guaranteed salary marks a win for Cleveland, even if that and the conditional fifth-round pick seem like a modest return for a player of the quarterback’s standing. The biggest benefit, however, is the split between the two sides. Maybe a reconciliation would have behooved the franchise, as my colleague Nate Davis suggested, should Watson miss much – or all – of this season with a significant suspension. But Mayfield closed the door on that notion, and the Browns made their choice to bring on Brissett as a backup capable of stepping in as a starter. Cleveland will have to live with the consequences of its audacious move for Watson, but the team sent a message in its acquisition of the three-time Pro Bowl quarterback that an upgrade from Mayfield was needed to compete with the AFC’s elite, anyway.

OPINION: Baker Mayfield era with final verdict on QB: Too short, too slow, too cocky

Matt Rhule: For the coach with arguably the hottest seat of anyone entering the 2022 season, getting another team’s castoff at quarterback probably seems like cold comfort. But as the Panthers entered July staring down the possibility of another season with no competition for Sam Darnold, Mayfield represents the best available possibility this team had for clawing toward marked improvement – and a far better option than status quo behind center for a team that has gone 10-23 under Rhule’s watch. After all of the Panthers’ quarterback recent whiffs, this is the ultimate “why not?” move.

Geno Smith, Drew Lock: That should end the trade speculation swirling around Seattle. While the Seahawks did signal they were content to stand pat with Smith and Lock as their options for replacing Russell Wilson, Mayfield being off the market quiets the internet rumor mill and allows the two to focus on their upcoming camp battle.

CBS: Even after Wednesday’s deal, few would dare call the Week 1 matchup between Cleveland and Carolina appointment viewing. Still, Mayfield – assuming he wins the starting gig – squaring off against his former team adds significant entertainment value to an otherwise likely forgettable 1 p.m. game, especially if Watson is suspended.

Baker Mayfield: If Mayfield were to have a shot at starting in 2022, the Panthers appeared to be his best bet. If he can provide a spark and make this team mildly competitive, Mayfield could make himself an intriguing 2023 free agent. However …

Baker Mayfield: Having to take a $3.5 million pay cut (though he can earn the money back in incentives) should be a humbling moment for the former Heisman Trophy winner. Yet the on-field bottom line might be even more foreboding for Mayfield.

Running back Christian McCaffrey is the offense’s foundational piece but has played in just 10 games in the last two years. The offensive line, while improved by first-round left tackle Ikem Ekwonu and offseason signings Bradley Bozeman and Austin Corbett, is still a far cry from the unit that protected Mayfield in Cleveland. And playing for a franchise with a record of frantic quarterback moves and an impatient owner is hardly an ideal setup for a professional reboot. If Mayfield is going to elevate this team and himself, he’s going to have his work cut out for him.

Sam Darnold: The No. 3 pick in the 2018 NFL draft is again likely looking up at the No. 1 pick from that same year. Even with his familiarity with the offense, it’s difficult to give Darnold any advantage in the forthcoming race given Rhule and general manager Scott Fitterer’s perfunctory endorsements over the past few months. While the job might not be handed to Mayfield, nothing about this looks like a kick-the-tires move.

Matt Corral: Even when the Ole Miss passer was selected in the third round in April’s NFL draft, Carolina hardly resembled a situation conducive to growth for a rookie quarterback. Mayfield’s arrival only further muddles that outlook. On one hand, not getting thrown into action too early could benefit Corral, who still faces significant work in adapting to the NFL after coming out of a system that afforded him ample easy reads and throws. But he now faces a major roadblock in getting any playing time, and he could get lost in the shuffle in the same way that so many other Day 2 signal-callers have.

Jimmy Garoppolo: Now there’s only one veteran marquee quarterback in trade limbo, and one fewer landing spot for him. Across the NFL, the landscape for starters largely seems settled. Unless a bidder steps up soon, an already prolonged wait for a resolution between Garoppolo and the San Francisco 49ers could extend even further.

Robbie Anderson: It didn’t take long after Wednesday’s trade for many to recall the Panthers wide receiver writing “Noooo” on Instagram in April after NFL Network’s Ian Rapoport reported Carolina was the most likely landing spot for Mayfield. Anderson later said he was merely showing support for Darnold, and he tweeted Wednesday after the trade, “I don’t have an issue with Baker stop tryna paint that narrative.” Still, probably not the best way to start things off with your potential new QB1.

I don’t have an issue with Baker stop tryna paint that narrative. pic.twitter.com/52GhVHget4

This article originally appeared on USA TODAY: Baker Mayfield trade winners, losers: Who made out best in QB deal?