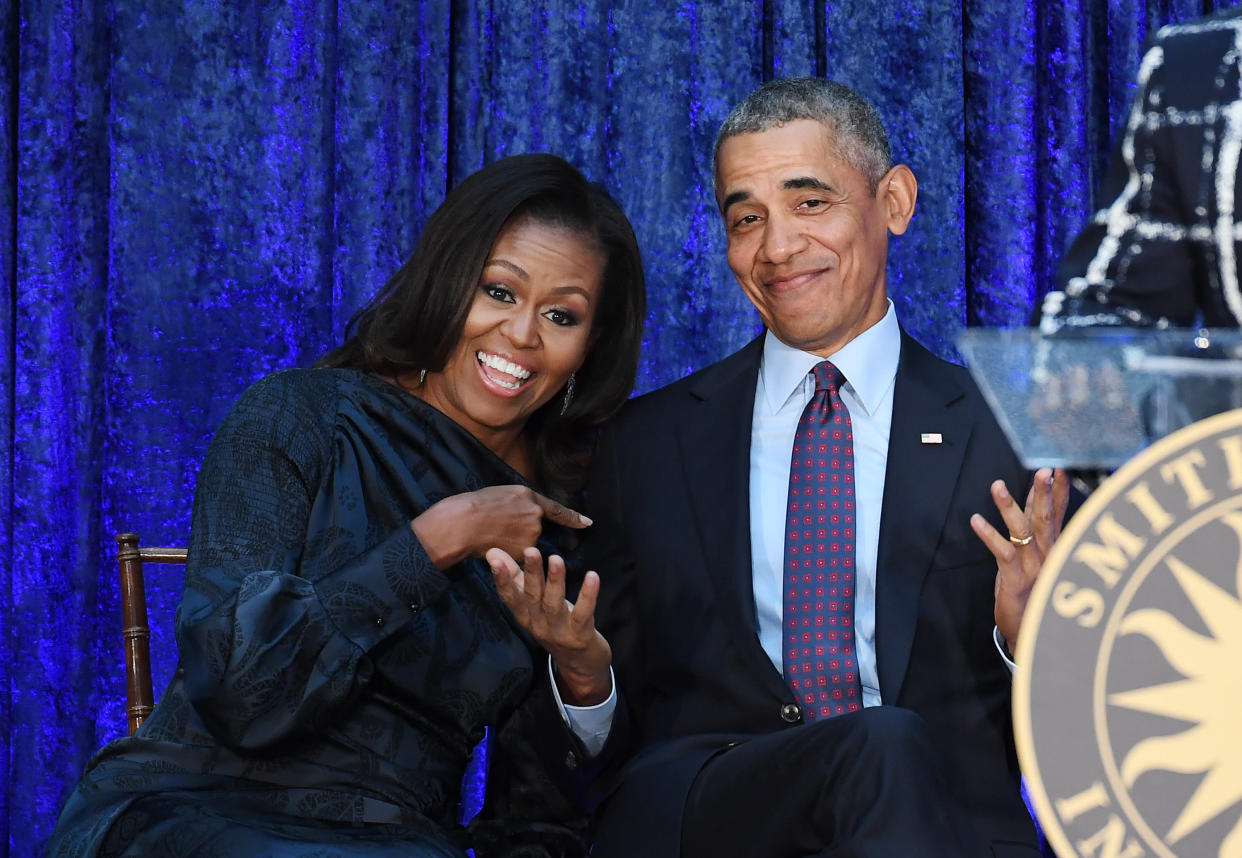 In a sweet family photo that features the couple smiling alongside their two daughters, Sasha and Malia, Obama shared a touching message honoring the mother of his children. Dressed casually in a button-down shirt and khakis, Obama had his arms around his daughters as he stood alongside them in the peaceful outdoor setting.

"Happy Mother's Day! I hope you all let the moms and mother-figures in your life know how much they mean to you. @MichelleObama, thank you for being a wonderful mother and role model to our daughters and to so many others around the world," he wrote.

On her own Instagram page, the former first lady celebrated her own mother, Marian Shields Robinson, who has also served as a guiding light for her grandchildren.

"Happy #MothersDay!" Obama captioned the throwback photo, which featured daughters Sasha and Malia alongside their mom and grandmother. "I'm so thankful for the love, guidance and care that my mom has instilled in me. I’ve shared so much of her wisdom with my own daughters over the years."

Both Obama daughters are well on their way to adulthood, living in Los Angeles to pursue their dreams.

Sasha Obama, 20, was recently spotted walking through West Hollywood with her rumored boyfriend, Clifton Powell Jr. According to the Daily Mail, Sasha recently transferred to the University of Southern California from the University of Michigan. Meanwhile, her older sister Malia Obama, 23, is working as a staff writer on a Donald Glover Amazon Prime project. She graduated from Harvard University in 2021.

Both young women have pursued activism, participating in Black Lives Matter protests. Last year, Obama explained that his children are "so much wiser, more sophisticated and gifted than I was at their age," he told CNN's Anderson Cooper. While he often worries about his daughters' physical safety ("that's just the nature of fatherhood," he explained) he's very proud of their choices in regards to their social and political action.

"In terms of them having a good sense of what's right and wrong and their part and role to play in making the country better, I don’t worry about that," he said.