A daredevil basejumper was left seriously injured after a horror fall when he threw himself off a 320ft cliff at Durdle Door.

The extreme sportsman struck the side of the cliff at high speed after he opened his parachute.

He crash landed on the pebble beach beneath Swyre Head at Durdle Door, Dorset.

Despite being in agony after the shock accident, he was able to call 999 himself to get help.

Coastguards, a lifeboat crew and an air ambulance rushed to the scene by the seaside. 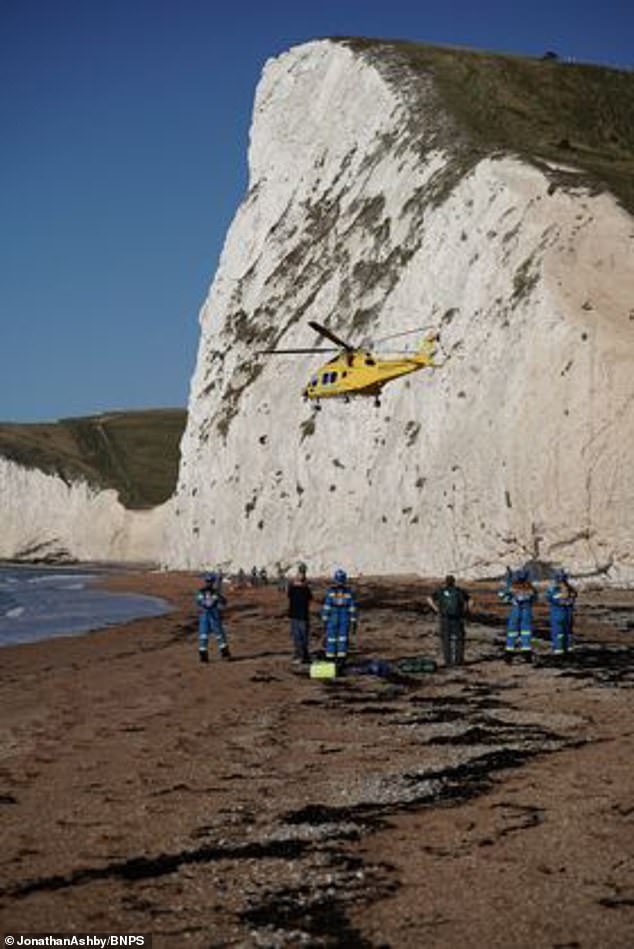 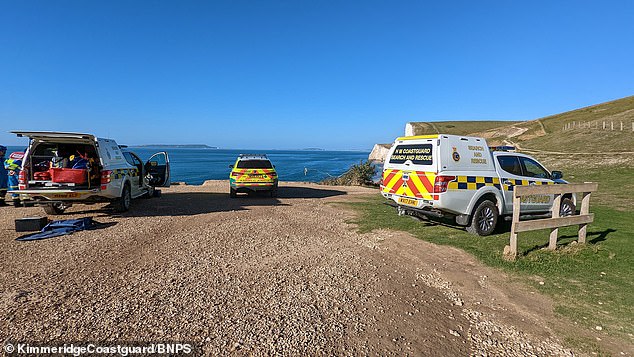 Emergency services including a helicopter, ambulances and the coastguard rushed to the scene 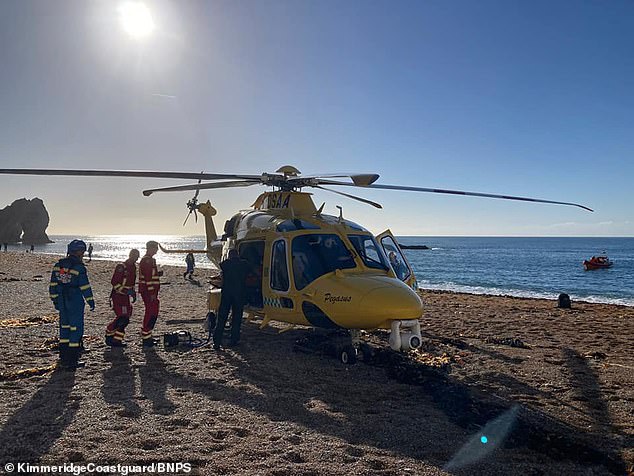 The injured man was placed on a stretcher and flown to hospital for urgent treatment.

A spokesman for Weymouth Lifeboat said: ‘We were tasked by the coastguard to an injured man on the beach at Durdle Door with significant injuries, who had himself called 999.

‘The man was a base jumper who crash landed on the beach and unfortunately sustained serious injuries to his legs.

‘The volunteer lifeboat crew started attending to him on the beach before handing over to the medics on the air ambulance. He was taken to hospital in Southampton.’ 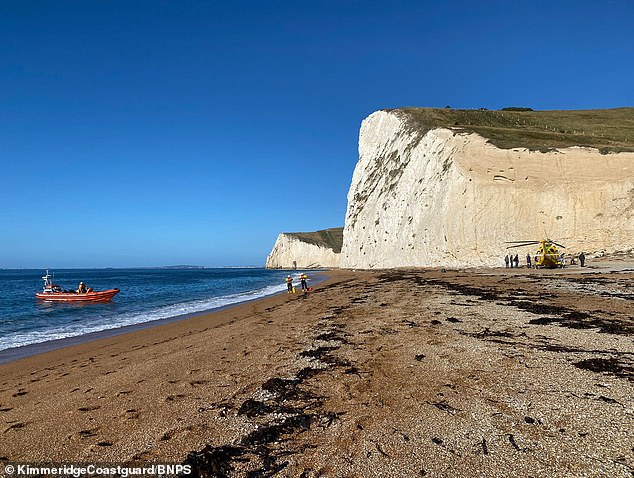 The man had attempted to leap off the 320ft chalk cliff in Durdle Door, Dorset 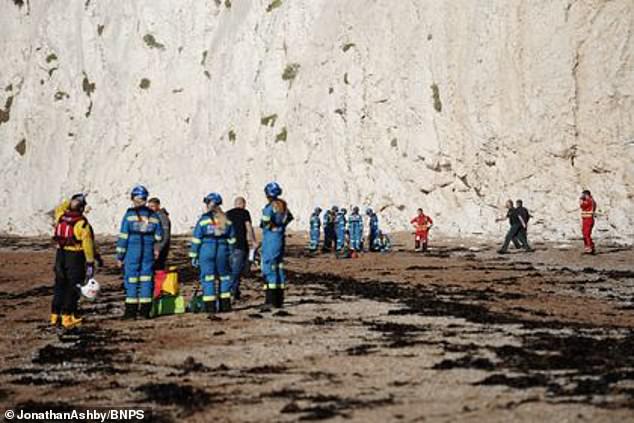 A spokesman for the Lulworth Coastguard, who also attended the incident, added that the basejumper had ‘struck the cliff’ on the descent.

He said: ‘The team arrived at Durdle Door in time to assist a SWASFT paramedic in locating the casualty, carrying rescue and medical equipment to the scene, a 10 minute walk along the beach.

‘An air ambulance also alerted to the incident landed on the beach and were with the casualty when we arrived.’