BBC actor was killed after driver lost control of their car

Actor who starred in BBC drama ‘Murdered for Being Different’ was killed after driver lost control of car he was passenger in and hit a tree, inquest hears

An actor who starred in the BBC drama ‘Murdered for Being Different’ was killed after a driver lost control of a car he was passenger in and hit a tree, an inquest has heard.

Reiss Jarvis, 21, suffered multiple ‘unsurvivable’ injuries in the crash on the outskirts of Oldham, Greater Manchester, on November 10 last year.

His friend Karl Young, 34, lost control of a Mazda 3 before it careered off Huddersfield Road, Delph, and hit a tree before plunging down an embankment.

Mr Jarvis was pronounced dead at the scene, while Mr Young later died in hospital.

The actor had previously starred in the 2017 BBC drama Murdered For Being Different – based on the murder of Sophie Lancaster in Bacup, Lancashire, a decade earlier.

An inquest into the Mr Jarvis’ death at Rochdale Coroner’s Court today heard Mr Young lost control of the vehicle while driving at ‘excessive speed’ on a remote and unlit stretch of road at around 8.40pm.

The pair had been returning to Oldham after visiting a fish shop in Marsden, West Yorkshire. 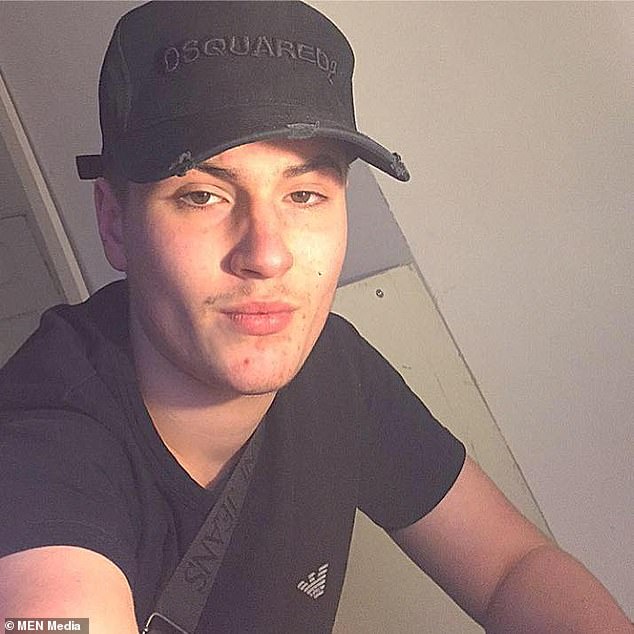 Reiss Jarvis, 21, who previously starred in the 2017 BBC drama Murdered For Being Different, died at the scene of the crash

But Mr Young smashed into a tree before continuing down the embankment onto a field – leaving the two men trapped inside.

A member of the public dialled 999 and emergency services attended the scene, where Mr Young was pulled from the vehicle and taken to hospital, but Mr Jarvis was pronounced dead.

Police Sergeant Neil Pennington, of Greater Manchester Police’s Serious Collision Investigation Unit, told the inquest today that analysis of the vehicle’s airbag module showed the Mazda had been travelling at 110mph just seconds before the crash – more than double the 50mph speed limit.

At the time the car hit the tree, it was travelling at 58mph, he added.

PS Pennington also told the hearing that officers had examined the vehicle and had not found any ‘significant defects’ that could have contributed to the crash.

He said there was no evidence to suggest any other vehicles were involved in the incident, either.

The officer told the court: ‘At the speed they were driving at, if anything did happen or a loss of control were to occur, it would be very hard for them to regain control of that vehicle.’

A post-mortem examination carried out by pathologist Dr Abdul Ganjifrockwala revealed the cause of Mr Jarvis’ death as ‘multiple fatal injuries as a result of a road traffic collision’.

Toxicology results showed that Mr Young had not been impaired by alcohol or drugs at the time of the crash.

The inquest heard how the pair had been friends for around six years and were working together at The Grill at No. 20 in Oldham town centre at the time of their deaths.

Mr Young owned the restaurant, while Mr Jarvis was the bar manager. 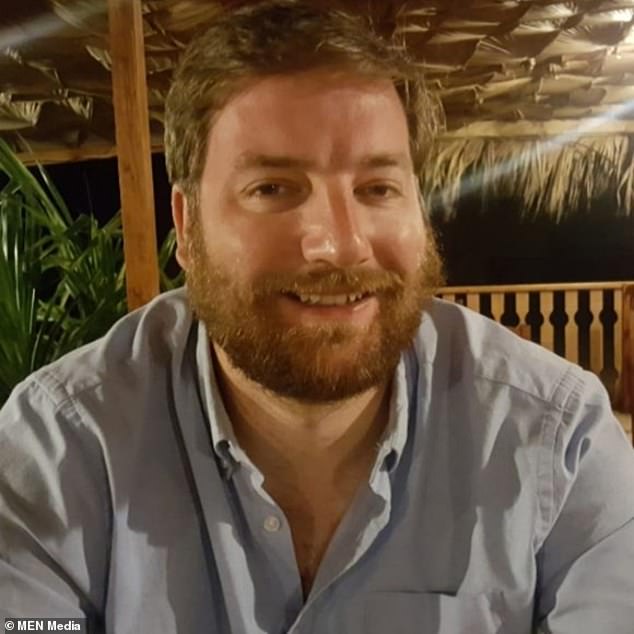 Karl Young, 34, lost control of a Mazda 3 before it careered off Huddersfield Road, Delph, and hit a tree before plunging down an embankment

Mr Jarvis’ father Darryl told the court that his son had auditioned for other acting roles, as well training as a barber as a ‘fallback’.

In a statement, He described his son as ‘the life and soul of the party’, recalling his love of music and how he would write and compose his own songs.

He said his son’s death had taken a ‘terrible toll’ on his health and he has since suffered a stroke.

The coroner added: ‘This case highlights again the dangers of excessive speed on the roads.

‘On this occasion a very talented and loyal young man has lost his life and the only explanation we have is one of loss of control of the vehicle through excessive speed.’

An inquest into Mr Young’s inquest is due to take place on Wednesday.