How BBC drama The Serpent starring Jenna Coleman is filmed near Luton and in Tring… despite taking viewers to Bangkok, Karachi, Paris and Mumbai

The BBC serial killer drama The Serpent has been taking viewers to such exotic locations as Bangkok, Karachi, Paris and Mumbai.

But they might be surprised to learn that some of the scenes were filmed in rather less glamorous surroundings – near Luton and in Tring.

Producers of the series starring Jenna Coleman were forced to pack up their sets in Bangkok, Thailand, where they had spent months filming, when the coronavirus pandemic hit last March.

BBC producers of The Serpent, starring Jenna Coleman (pictured), had to be creative when they were unable to film in exotic locals because of the pandemic

They had hoped to return, but after a five-month break they had to make other arrangements. The cast found themselves filming at two UK locations, which the crew cleverly dressed to look suitably foreign.

Scenes from the second half of the eight-part series were shot at Tring Park School for the Performing Arts in Hertfordshire and at Wrest Park, a country estate north of Luton in Bedfordshire.

The Serpent tells the story of how Charles Sobhraj – the chief suspect in unsolved murders of young Western travellers across India, Thailand and Nepal – was captured. The criminal is played by French actor Tahar Rahim, 39, and his partner and accomplice Marie-Andree Leclerc by Miss Coleman, 34. 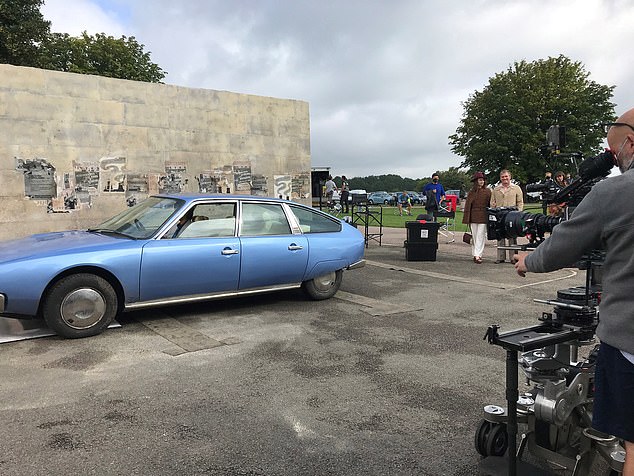 One scene from an episode shows Tahar Trahim, who plays Charles Sobhraj, waiting to see his first wife in Paris- or is it really France? 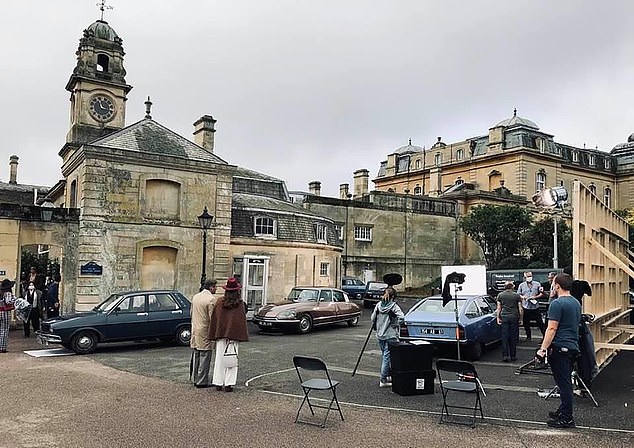 In actuality the French scene was shot in Wrest Park, Bedfordshire, but has audiences convinced

Photos taken by director Hans Herbots show how the production team was able to continue filming despite the disruptions caused by Covid.

For one part of episode five, which airs tomorrow, producers had to recreate a section of a Bangkok apartment, where many scenes had been filmed, in Tring. Episodes seven and eight see the couple return to Paris – but all the exteriors and a scene capturing the Eiffel Tower were filmed inside Wrest Park and its grounds. 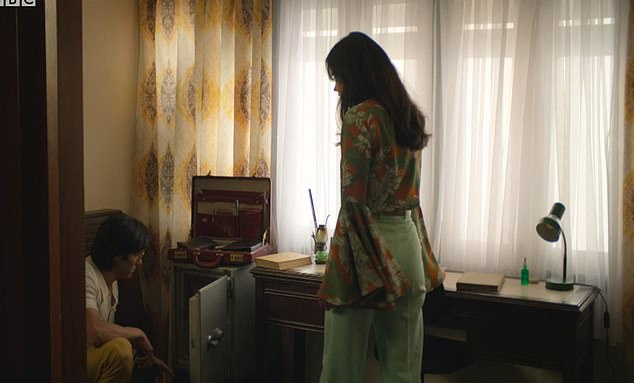 Jenna Coleman, Marie-Andree Leclerc in the series, joins Tahar in a scene from Kanit House, Bangkok- but all is not as it seems 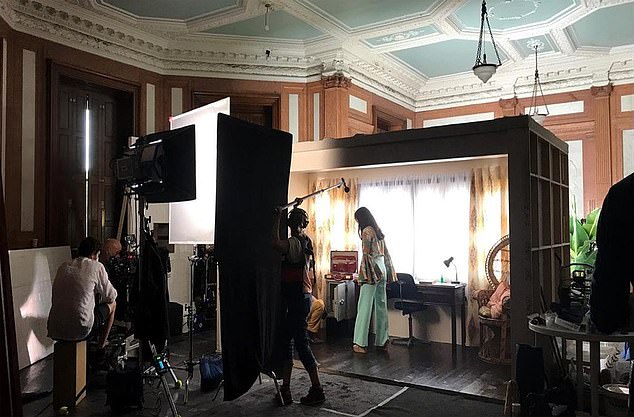 This behind the scenes image shows the studio set at Tring Park School for the Performing Arts, Hertfordshire

Scenes in episode six set in Mumbai were also filmed at Tring Park School for the Performing Arts. Tring was also used to film a scene set in a post office in Delhi, India, and both Tring and Bangkok were used to film scenes set in Karachi, Pakistan.

Speaking about filming, Miss Coleman told Vogue: ‘We were flown home and there was a break. We couldn’t really travel after that, so we shot the rest of the series in Tring.’ The cast filmed for ten days in the UK in August.

The entire series of The Serpent is available on the BBC iPlayer and helped give the platform its biggest ever week earlier this month after viewers streamed 162million shows. The Serpent continues on BBC1 tomorrow at 9pm.

An, BBC, drama, filmed, Luton, near
You may also like: