A Conservative MP last night called for the BBC to investigate how it made the decision to employ a presenter who has repeatedly criticised the Prime Minister.

But it soon emerged that he had been behind a barrage of anti-Government broadsides on social media, saying the Tories should be voted out of power and that Boris Johnson and Culture Secretary Nadine Dorries were ‘unfit to govern’.

He also said that Boris Johnson was a ‘lying lawbreaker’ and when asked who people should vote for instead, he replied: ‘Labour.’

It sparked an impartiality row, with Tory peer Daniel Moylan responding: ‘I simply can’t believe this. Does the BBC hire anyone who thinks or votes Tory?’ 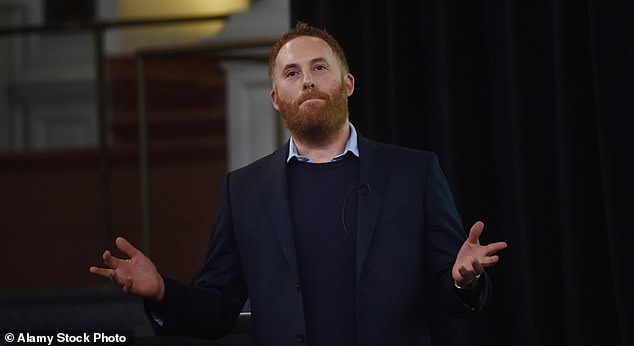 Presenter Matthew Stadlen said: ‘We are all human beings. We all have views. The BBC couldn’t function if it only employed people who had never expressed a view before working there. Particularly in the age of social media.’

This forced BBC bosses into a climbdown last Friday, when they announced that his work would no longer go ahead and said the Corporation’s ‘plans have changed for now’. Tory MP Sir John Hayes said last night: ‘It begs the question – just how many of them are there that we don’t know about? We need to know whether the BBC has people working for them who have these prejudices and whether they knew about them at the time they were appointed.

‘This must all be made public now so that when we watch television or listen to the wireless we know in advance and we can gauge what any so-called impartial journalist is saying.’

Responding to the BBC’s withdrawal of its job offer, Stadlen insisted he would have been ‘religiously impartial’.

He said: ‘We are all human beings. We all have views. The BBC couldn’t function if it only employed people who had never expressed a view before working there. Particularly in the age of social media.’

A BBC spokeswoman said of Stadlen: ‘We don’t have any work with him scheduled.’ The BBC’s U-turn over his employment comes after Miss Dorries announced a new departmental review to assess if the BBC needs reforms to ‘achieve greater impartiality’.