Beijing Winter Olympics: No overseas spectators allowed due to Covid

No overseas spectators will be allowed to attend China’s 2022 Winter Olympics and all athletes must be vaccinated or face Covid quarantine to prevent outbreaks, Beijing announces

Beijing’s Winter Olympics will be held without overseas spectators to stop Covid being imported from overseas, the Chinese government has ruled.

Athletes must also be fully vaccinated against coronavirus or else undergo 21 days’ quarantine on arrival in the country, the International Olympic Committee said as it announced rules decided by the Chinese Communist Party.

The government said it will ‘consider’ cases where athletes are vaccinated due to ‘justified medical exemptions’, but will not guarantee them entry.

Beijing’s Olympics are due to take place in February next year, with more ruled to be announced close to the time. 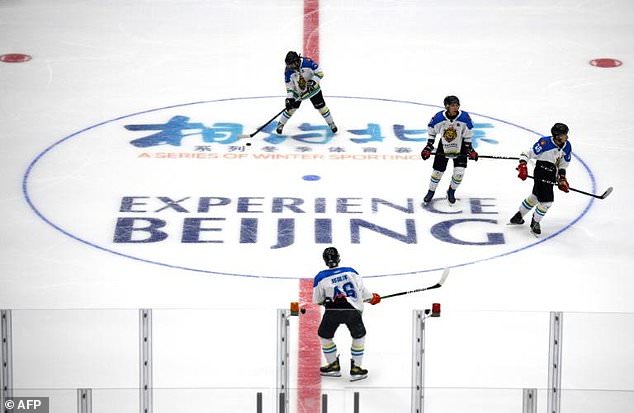 Upon arrival in China, all athletes and coaches will be placed into a ‘bubble’ which must be maintained throughout the Games including in accommodation, transport, catering, and during Opening and Closing Ceremonies.

All domestic and international participants and workforce in the bubble, known as the “closed-loop management system”, will be tested daily.

The rules mirror some of those adopted during the Tokyo Olympics this summer, as Japan attempted to host the sporting spectacular without it turning into a super-spreader event.

Athletes at the Games were also placed into a bubble, though organisers went a step further than China by banning all spectators except for a few VIPs at the Opening and Closing Ceremonies.

Japan’s efforts were partly successful. While only a handful of cases were detected among athletes, cases in the country as a whole rocketed.

The decisions, announced by the IOC but taken by Chinese organisers, are a foretaste of a package of measures to be released in October designed to prevent the Games from turning into a source of contamination.

The 2022 Beijing Olympics, which is facing calls for a boycott from rights groups, is scheduled for February 4-20.

The IOC said that allowing domestic fans “will facilitate the growth of winter sports in China by giving those spectators a first-hand Olympic and Paralympic experience of elite winter sports, as well as bringing a favourable atmosphere to the venues”.

Speaking at Beijing’s Olympic Park on Thursday, locals said that safety must come first, even if that means foreign fans missing out.

“I think it’s the right thing to do because foreign spectators can watch it broadcast live,” said Zhang Xinyu, 29.

“But if there are a lot of people travelling, it won’t be safe for either the athletes or the foreign guests.”

China, where the coronavirus emerged towards the end of 2019, has wrestled down the number of local infections to a trickle by deploying aggressive, mass testing and keeping its borders extremely tight.

Beijing, No, Olympics, ov, winter
You may also like: