Financier Ben Goldsmith’s 15-year-old daughter Iris was killed in tragic ATV accident on family farm after she became trapped when it flipped over as she zig-zagged across field with friend on board, inquest hears

The daughter of wealthy financier Ben Goldsmith was killed in a tragic accident when she was trying to scare her friend by zig zagging in an all-terrain vehicle on her father’s farm, an inquest heard today.

Iris Goldsmith made a sharp right hand turn on a dry field and was flung out of the mule vehicle, which resembles a quad bike with a roof.

The 15-year-old died from pressure on her neck after the six-seater buggy flipped over, leaving her stuck underneath its metal roof.

Her best friend, who is also 15 and cannot be named, was also on board but suffered only minor injuries in the tragedy. 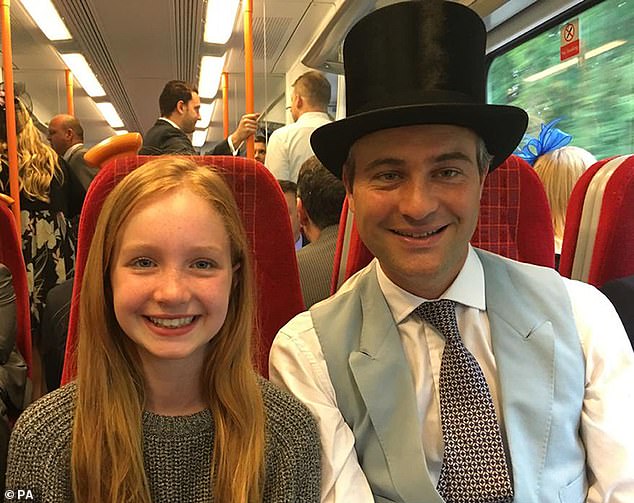 Iris Goldsmith, pictured with her father Ben, made a sharp right hand turn on a dry field and was flung out of the all-terrain vehicle, which resembles a quad bike with a roof

An inquest at Taunton, Somerset, heard that Iris had been spotted driving the left hand drive mule in a risky way in the past.

Her friend told the coroner that Iris had driven the vehicle – which had some defects – in that manner before to ‘scare her’.

He said Iris’s driving caused the vehicle to overturn but its defects contributed to what happened.

‘Iris was simply having fun with her friend when this tragic incident occurred,’ Mr Williams said.

The inquest heard neither teenager was wearing a seat belt when the crash happened in July 2019 at the Goldsmiths’ 120-acre Cannwood Farm at North Brewham near Bruton, Somerset.

Mr Williams said Iris made a sharp right turn which unstabilised the mule. She lost control of the vehicle and it flipped over onto its side, trapping her neck and causing fatal injuries.

Iris’s father, the financier and environmentalist Mr Goldsmith, said his daughter was ‘a force of nature’.

‘What happened to my daughter was an amalgamation of bad luck,’ he said.

‘The mule was not being used by anyone on that Monday which was unusual and bad luck.

‘The ground was very hard after a two month dry spell which may have made the wheels skid which was bad luck.’

He said it was also bad luck that Iris was thrown from the vehicle which rolled on to her and that there was no one around to help her.

He said: ‘It’s unbelievably unfair. Iris was a force of nature. I don’t think anybody could have stopped her doing anything she wanted to do.’ 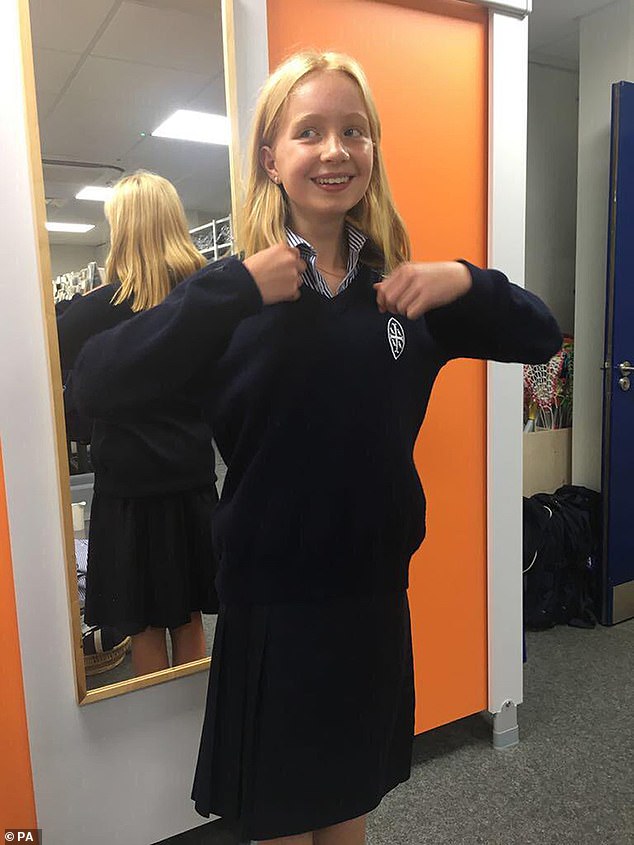 At her private funeral in London, Iris’s mother Kate Rothschild, paid tribute to her in the eulogy, saying she was ‘simply spectacular and life-giving’

Iris’s best friend, who is from London, told the coroner in a statement they were at the farm for the start of the school holidays and drove off in the mule to meet another friend to go horse riding.

The girl said Iris was ‘zig zagging across a field’.

‘She had done in the past to scare me when driving the mule – I am not sure how fast we were going,’ she said.

‘Iris suddenly turned sharply to the right and the mule flipped on its side.’

The girl was briefly trapped by her ponytail but thought they were both OK. Then she heard Iris say ‘please help me’ and saw she was trapped under the roof.

She tried in vain to lift the mule to free Iris before screaming for help and dialling 999.

The Goldsmiths’ gardener Nick Marsh, 38, heard her cries but they could not free her.

He called for other staff from the farm to come to help and eventually Iris was freed but was unresponsive and had no pulse.

The staff gave her CPR and tried to save her but she suffered a cardiac arrest and paramedics also spent an hour trying to help her, but to no avail and she died at the scene.

Hayley Lippiatt, who worked in the stables, also tried to save her and said: ‘It was a terrible tragedy. Iris was only 15 years old and a happy, lively girl who was well loved by those who knew her.’

Mr Goldsmith’s PA Astrid said: ‘I have seen Iris driving it in the past. I don’t know who taught her. She used it on Ben’s private land.

Mr Goldsmith was in Surrey playing cricket when the accident in the school holiday happened at their weekend retreat.

He said in a statement that he bought the mule ten years ago to use as a leisure vehicle to visit his ponds and wildlife on his land. 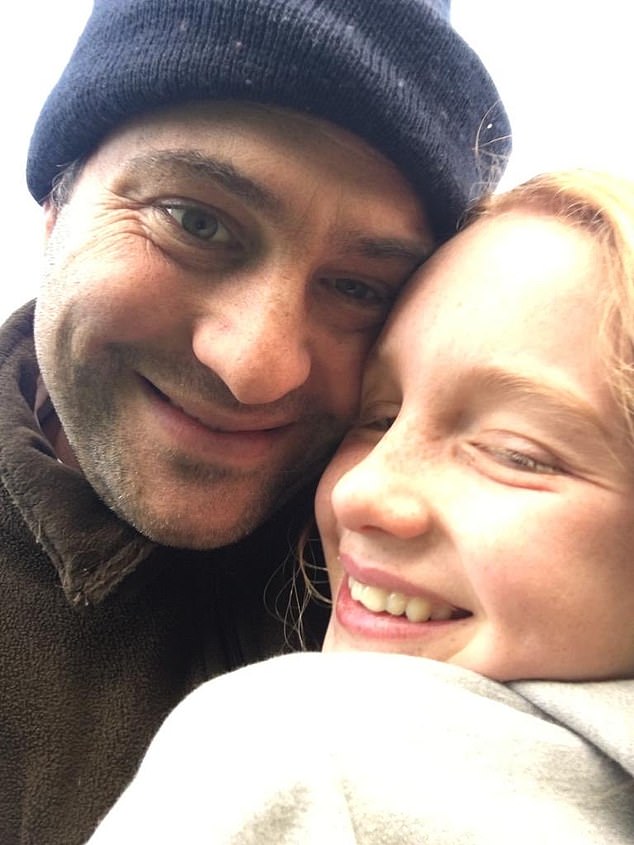 Iris’s father, the financier and environmentalist Mr Goldsmith, said his daughter was ‘a force of nature’

He said the mule was normally used by his staff on a Monday afternoon, so it was unusual that it was not being used that day.

Mr Goldsmith said he taught Iris how to drive supervised from the age of eight and on her own aged 13-14 years old.

He said he would reprimand her if she did not drive properly or was driving recklessly.

He said his PA had told him that she had ridden horses and quadbikes recklessly but not the mule.

Police collision investigator PC Sharon Little said the mule had underinflated tyres and other defects which would have played a part in the accident due to the way Iris was driving.

No criminal charges were brought.

At her private funeral in London, Iris’s mother Kate Rothschild, paid tribute to her in the eulogy. 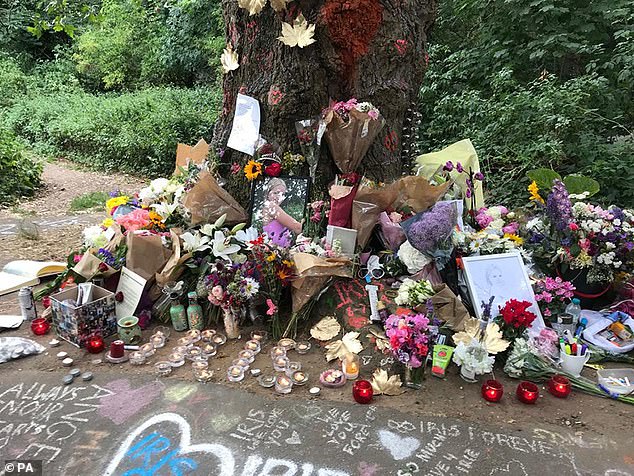 She said: ‘I can’t possibly begin to explain the ocean of grief we find ourselves in or the feeling of being shattered into a thousand unfindable pieces.

‘She was simply spectacular, her light was brighter than any I’ve ever known.

‘She was just magical, but there aren’t enough words, or at least I don’t know how to find them.

‘Iris was life-giving and free and fun and wild, but she also worked harder than any girl I’ve ever known and she cared, she cared so much about living her best life.

‘She had so many plans and dreams and ambitions and she was willing to put everything she had into reaching them.’

She added: ‘Now go and live your lives like she would have wanted you to, thrive like she wanted you to and like she intended to. And then maybe, just maybe, this won’t have all been for nothing.’