The cabinet minister in charge of Universal Credit was slammed today for belting out Time of My Life at a boozy Conservative party Conference karaoke bash hours before cutting payments to six million people.

Work and Pensions Secretary Therese Coffey enthusiastically belted out the 1987 power ballad from the film Dirty Dancing in a duet with fellow Will Quince – a former welfare minister.

It came as a £20-per-week Covid uplift payment was removed from UC for families across the UK.

The Government has pressed ahead with the cut despite concerns – including from Tory backbenchers – that hundreds of thousands of people will be plunged into poverty.

From today, no assessments will include the uplift, meaning that from October 13 – a week later – no payments will be received that include the extra money.

Shadow work and pensions minister Jonathan Reynolds said: ‘The Secretary of State singing that she is having the ”time of her life” while making families £1,000 a year worse off today is frankly an insult and a disgrace.

‘It is not too late for the Government to reverse this disastrous decision, support struggling families and cancel this cut.’ 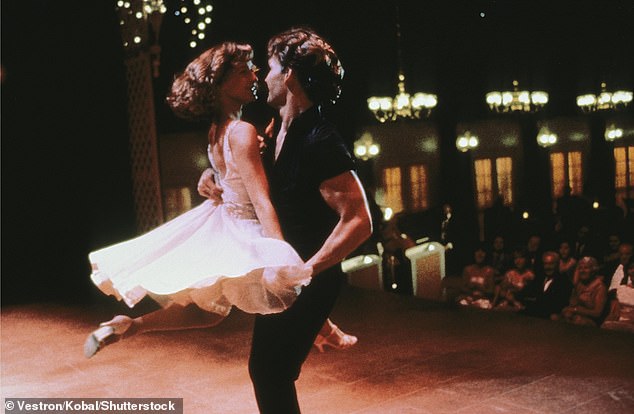 The power ballad, originally performed by Bill Medley and Jennifer Warnes, was the main hit from the 1987 cult classic Dirty Dancing, starring Patrick Swayze and Jennifer Grey (above) 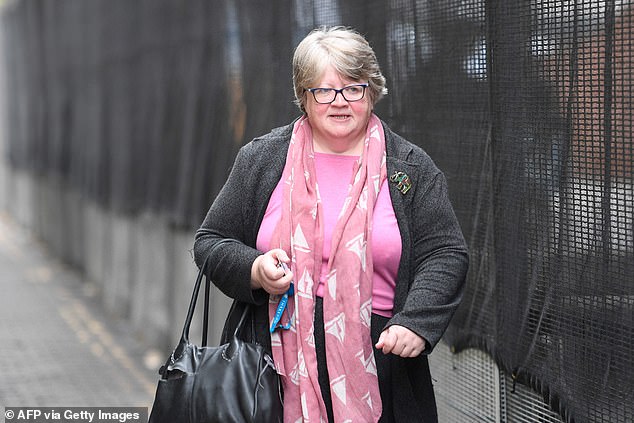 Ms Coffey was one of a number of MPs who took to the stage at the event at the Manchester conference site. 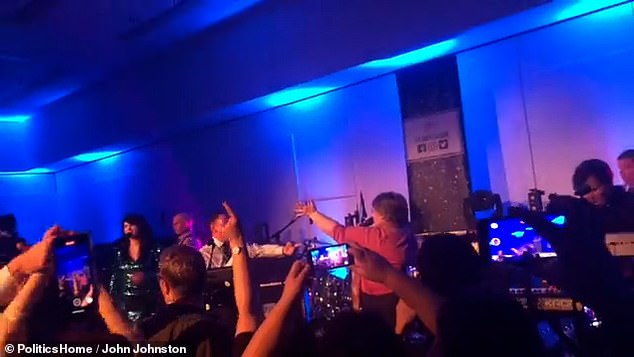 Shadow work and pensions minister Jonathan Reynolds said: ‘The Secretary of State singing that she is having the ”time of her life” while making families £1,000 a year worse off today is frankly an insult and a disgrace’

‘But just hours before this woman plunges 1000s into poverty by slashing Universal Credit, how can Therese Coffey even live with herself, let alone belt out Time of My Life?’

Ms Coffey was one of a number of MPs who took to the stage at the event at the Manchester conference site.

He told BBC Radio 4’s Today programme: ‘What we’ve done – National Living Wage, personal allowance, the ending of the over-reliance on cheap labour from abroad which depresses wages – is so critical to our vision for the economy.’

He said the Government was ‘absolutely committed’ to making sure people could meet the cost of living through rising wages.

‘Our rate of increasing jobs is incredible, youth unemployment is going down, we have got a million job vacancies being advertised,’ he told BBC Breakfast.

‘There has got to be a question for the workers of this country – particularly those on low and middle income – of ‘have they got the wages that they need to deal with the cost of living?’

‘We are absolutely committed to making sure they do.’

Mr Raab said the national living wage, increased income tax thresholds and an end to the ‘easy reliance’ on cheap labour from abroad were parts of the answer.

Baroness Philippa Stroud, chief executive of the Legatum Institute think tank, has called for a vote in the House of Lords on the cut.

She told Today: ‘We’ve been doing some research on Universal Credit and by our calculations the decision today to remove this uplift will push 840,000 people into poverty, 290,000 of those are children and so this is … a really bleak day for many, many families up and down the country.’