Washington: Beto O’Rourke, the former US congressman from Texas whose surprisingly close 2018 loss to Senator Ted Cruz made him a Democratic star, said on Monday he will challenge Republican Greg Abbott in next year’s race for governor of the state.

O’Rourke has been seen as his party’s best option for the 2022 gubernatorial race even after his bid for the 2020 Democratic presidential nomination failed to garner much support amid a crowded field of candidates. 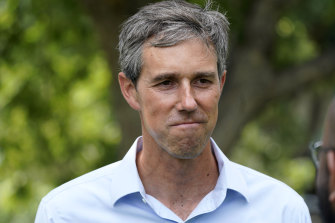 No Democrat has won a statewide race in Texas, the second most populous US state, in three decades, despite Democratic hopes that its diversifying population and rapidly growing urban centres will eventually transform it into a true swing state.

O’Rourke is likely to face some political headwinds, as well. President Joe Biden, a fellow Democrat, has seen his job approval ratings falter, while O’Rourke assumed a number of liberal positions on hot-button issues such as gun rights and immigration during his presidential campaign that could hurt him in a Texas race.

Abbott, who is facing two Republican challengers for his party’s nomination in the race, has amassed an enormous campaign war chest, with more than $US55 million as of June.

As governor, Abbott has overseen a sharp turn to the right in lockstep with the Republican-controlled legislature, including the nation’s most restrictive abortion law, new limits on voting rights, expanded gun rights and orders barring private companies and public school districts from taking COVID-19 mitigation measures.

Democrats hope those moves will energise their base to vote out Abbott.

O’Rourke has spent much of the past year criticising the two-term governor for his handling of several crises, including the COVID-19 pandemic and a fierce winter storm that caused the state’s electric grid to fail and left hundreds of Texans dead.

In an announcement video, O’Rourke blamed the state’s Republican-controlled government for mishandling the storm and argued that it was symptomatic of a larger issue.

“Those in position of public trust have stopped listening to, serving and paying attention to and trusting the people of Texas,” O’Rourke said.

In his run against the Republican Cruz, O’Rourke proved to be a formidable fundraiser and a tireless campaigner, visiting every one of the state’s more than 250 counties. He lost to Cruz by less than three percentage points. 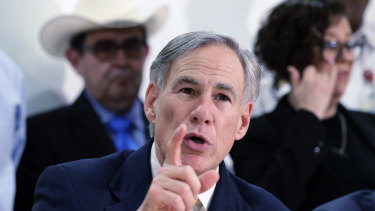 But O’Rourke has since taken on some political baggage, after carving out left-wing stances as part of the 2020 Democratic presidential contest. In particular, during a Democratic debate in 2019, he memorably defended his proposal to ban assault-style rifles by saying, “Hell yes, we’re going to take your AR-15.”

Abbott’s campaign had attacked O’Rourke as too liberal for Texas even before he announced his entry into the race.

“The last thing Texans need is President Biden’s radical liberal agenda coming to Texas under the guise of Beto O’Rourke,” an Abbott campaign spokesperson, Mark Miner, said in a statement on Monday.

The national political atmosphere could also pose a challenge for O’Rourke. Strong Republican performances in Virginia and New Jersey’s governor races this month suggest the party holds an early advantage ahead of next year’s elections.

“Abbott is potentially vulnerable, but any Republican starts off a race in Texas with somewhere between an eight or 10-point advantage,” said Mark Jones, a political science professor at Rice University in Houston.

Beto, challenge, O’Rourke:, tex, to
You may also like: