Beyond immigration: ICE's massive surveillance system has info on most Americans, report says

Your information could end up in the hands of Immigration and Customs Enforcement when you apply for a driver’s license, drive on the roads or sign up for utilities, a new report found.

ICE has built a surveillance infrastructure that gives the agency access to data on most people living in the U.S. and has gone well beyond its immigration-enforcement duties to become a broader domestic surveillance agency, according to an investigation released by Georgetown Law's Center on Privacy & Technology.

"Surveillance through the Department of Homeland Security is much broader than people realize. It is truly a dragnet," said Dan Bateyko, co-author of the report, called “American Dragnet: Data-Driven Deportation in the 21st Century.”

Based on hundreds of Freedom of Information Act requests and a review of ICE spending transactions, the two-year investigation found:

"This information is personal data," Bateyko said. "It's very concerning because this has been done without congressional oversight, often without the awareness of state and local representatives."

'Bulk surveillance': Why is ICE tracking millions of wire transfers to Mexico?

ICE did not respond to a request for comment.

ICE has collected information on millions of Americans and immigrants largely without oversight by tapping private companies and local and state governments, including the department of motor vehicles in some states, the researchers concluded.

When states have enacted laws to protect people's privacy, ICE has been able to circumvent lawmakers' efforts by contracting with private data brokers. In Oregon, the report found, soon after a law was passed to prevent ICE from accessing driver's license data, the state's DMV signed an agreement to sell records to two data brokers that provided services to ICE.

ICE has been weaving a vast surveillance system for over a decade, according to the report. Its annual spending on surveillance programs has grown fivefold from 2008 to 2021, from about $71 million to about $388 million per year.

"That's what we're talking about when we're saying it's growing into a domestic surveillance agency," Bateyko said. "It is building up capacity that it hadn't had before."

Between 2008 and 2021, ICE spent an estimated $2.8 billion on new surveillance, data collection and data-sharing initiatives, according to the report.

"Since its founding in 2003," the report's authors wrote, "ICE has not only been building its own capacity to use surveillance to carry out deportations but has also played a key role in the federal government’s larger push to amass as much information as possible about all of our lives." 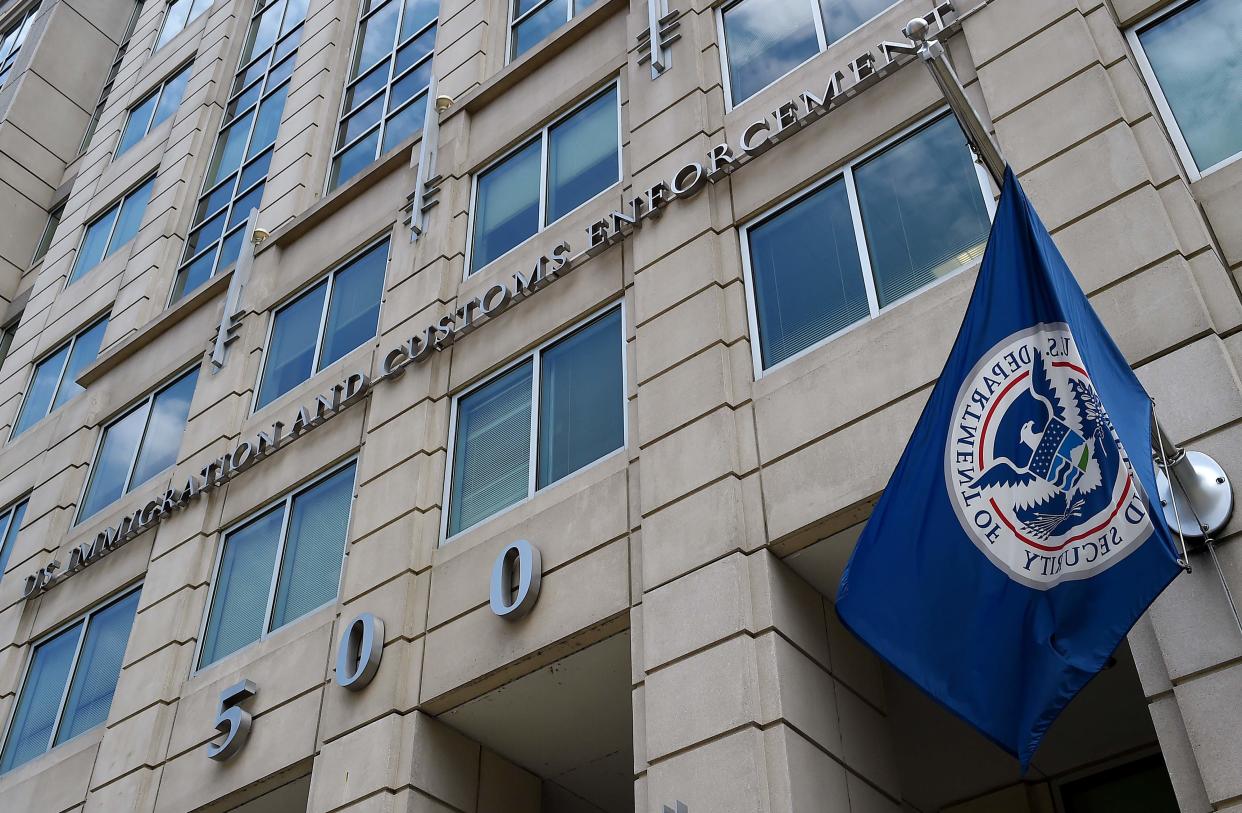 'This confirms what we knew'

For years, civil and immigrant rights groups have raised concerns over ICE's surveillance practices, launching lawsuits and bringing scrutiny over the role of private companies in ICE's operations.

"The report is really important to show how much work community organizations and people really invested in this all over the country have done to ring the alarm on ICE contracting with data brokers," said Cinthya Rodriguez, an organizer at the Latinx advocacy group Mijente.

"This confirms what we knew," Paul said. "It gives us more context about the magnitude of how awful and devastating the depths of ICE's surveillance network is."

In Maryland, Paul said, CASA pushed for a law passed last year that prohibits the state's Motor Vehicle Administration from sharing undocumented drivers' information with federal immigration authorities. But protections like these should be passed on a federal level, too, she said.

"What we have done on the state level has got to be replicated in Congress," Paul said. "We need protection across the entire country."

The report recommends Congress legislate to stop ICE's use of DMV data and conduct "aggressive oversight of ICE surveillance" by holding a hearing or asking the Government Accountability Office to investigate.

"The amount of secrecy involved here is really striking. That's what what's really worrying," Bateyko said. "It took us two years to do this research, and there are still so many open questions about how ICE conducted surveillance. That's unacceptable."