Washington: It’s an unlikely alliance, born out of disaster.

Just a few weeks ago, US President Joe Biden and Florida Governor Ron DeSantis were trading blows over immigration policy. 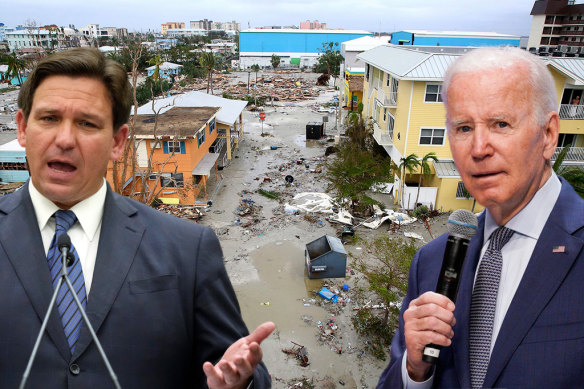 In the latest of DeSantis’ many stunts, the brash Republican sent a group of chartered planes filled with migrants to Martha’s Vineyard to antagonise Biden over the crisis at the US-Mexico border.

Biden was furious, accusing the Florida governor – a disciple of Donald Trump and potential candidate for the 2024 presidential election – of “playing politics with human beings”.

But DeSantis simply doubled down, trolling the White House with the idea that a plane load of migrants would soon land in the state of Delaware – right on the doorstep of the president’s home town. They never arrived.

Fast-forward to the present day, and Hurricane Ian has changed everything.

No longer are the two politicians publicly squabbling over border security. No longer is DeSantis, the Republicans’ five-star general of America’s culture wars, engaging in one of his favourite hobbies: taking pot shots at Biden over everything from COVID-19 to his age and ability.

And no longer is Biden branding DeSantis as one of the “extremist” Republicans who are threatening democracy, or using Florida’s abortion restrictions as leverage ahead of the US midterm elections in November.

All of this could change, of course, but when Hurricane Ian made landfall in Florida and obliterated much of the state, it marked the start of a ceasefire between two men who could potentially be battling one another for the presidency in two years. 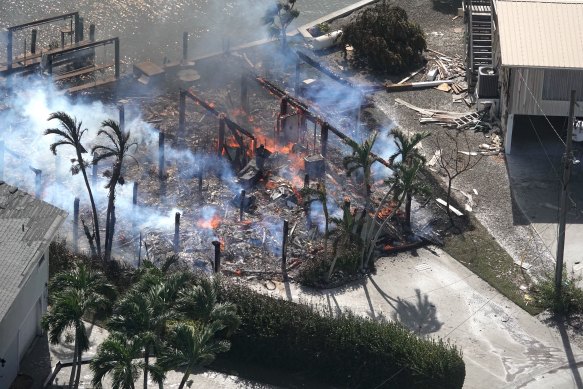 An aerial photo shows some of the damage in the aftermath of Hurricane Ian in Fort Myers, Florida. Credit:South Florida Sun-Sentinal/AP

But now is not the time, and Florida is not the place, for bare-knuckled politics.

As Biden noted yesterday: “This is not about anything having to do with our disagreements politically. This is about saving people’s lives, homes and businesses.”

There are very few things that test leaders like natural disasters. Former Australian prime minister Scott Morrison, for instance, was pilloried for taking a holiday to Hawaii in the middle of the 2019 bushfire crisis – not just for the failure of leadership itself but because of the lack of transparency surrounding it.

His period of leave was not formally announced and his office had told journalists, when asked, that he was not in Hawaii. 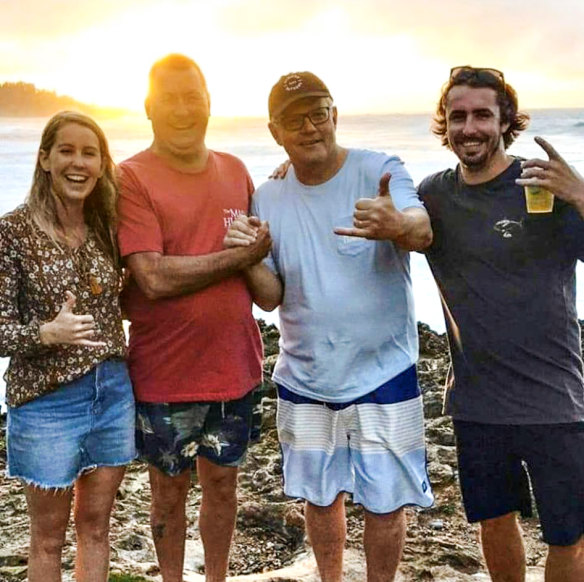 Scott Morrison’s judgment was called into question over his Hawaiian holiday during the bushfires.Credit:

Trump also came under fire when he started throwing rolls of toilet paper at Puerto Ricans whose homes and livelihood were smashed by Hurricane Maria in October 2017. Like Morrison’s tropical holiday, it encapsulated a lack of empathy and understanding for the plight of people who had lost so much.

Both Biden and DeSantis know they will be judged by their responses to this disaster, closely scrutinised over how they can provide practical support and leadership after Hurricane Ian unleashed its fury as a Category 4 storm this week.

On the federal side, Biden wasted no time in declaring an emergency disaster declaration for Florida, allowing federal funds and resources to surge into areas that could take months, if not years, to rebuild.

He also deployed what he calls “the largest team of search and rescue experts in recent history”, which includes the US Coast Guard, the Defence Department and National Guard working alongside state and local first responders to find people in some of the hardest-hit areas.

On the state side, DeSantis’ government has set up hundreds of shelters for displaced residents, enlisted health agencies to evacuate patients from flooding hospitals and has workers going door-to-door in a bid to return power to almost 2 million residents.

The fiercely ambitious Republican also proved that he can rise above the political fray, thanking Biden for his help and acknowledging that when it comes to finding people trapped in floodwaters or under wreckage, “we don’t have time for pettiness”.

It’s a refreshing change, however temporary it may be.