JOE Biden was accused of "embarrassing the US on the world stage" on Tuesday after he mumbled "I'm going to get in trouble" and appeared confused during a summit with the European Union.

Biden met with European Commission President Ursula von der Leyen and European Council President Charles Michel at EU headquarters in Brussels on Tuesday morning as they held a bilateral meeting ahead of the summit. 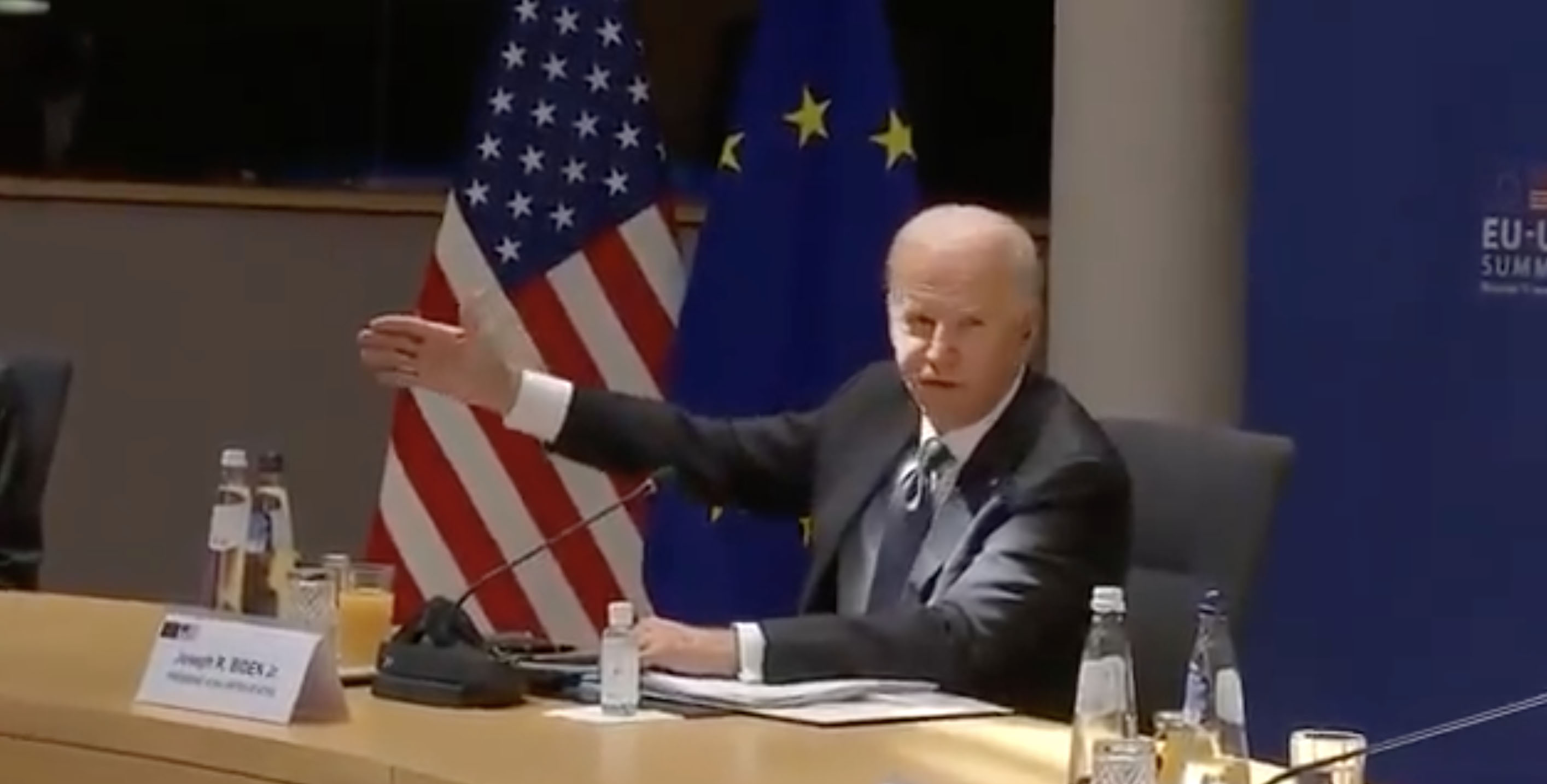 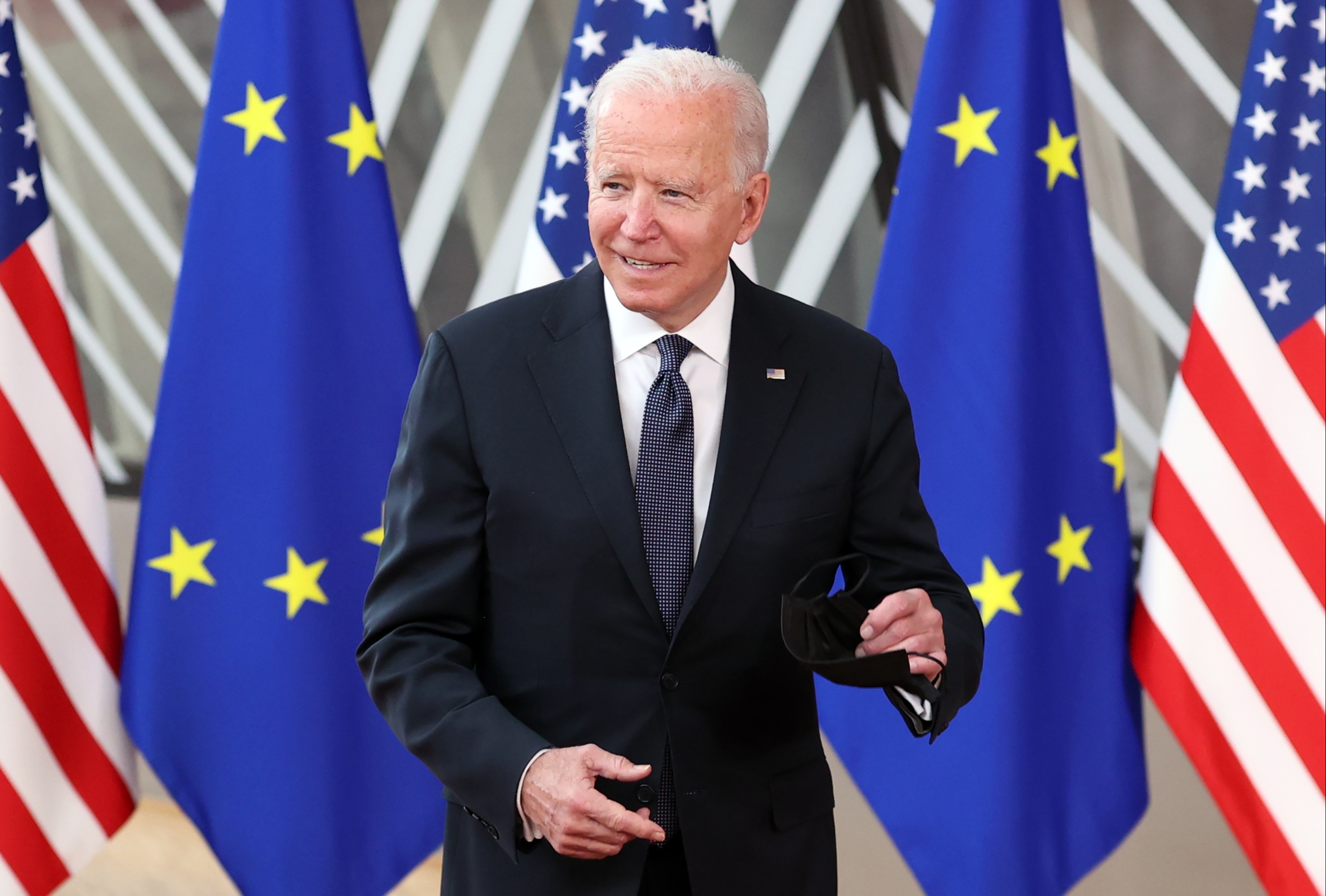 The meeting was to “underscore our commitment to a strong transatlantic partnership,” according to the White House.

Yet Biden was accused of being “blatantly impaired” and “humiliating” after he seemed to lose his train of thought during the discussions.

House Republicans shared footage of the meeting to Twitter in which they claimed he “confuses himself.”

"And uh, I've said before and I apologize for the – Oh, I didn't Jake Sullivan from the State Department [inaudible],” they wrote in a transcript of the clip. 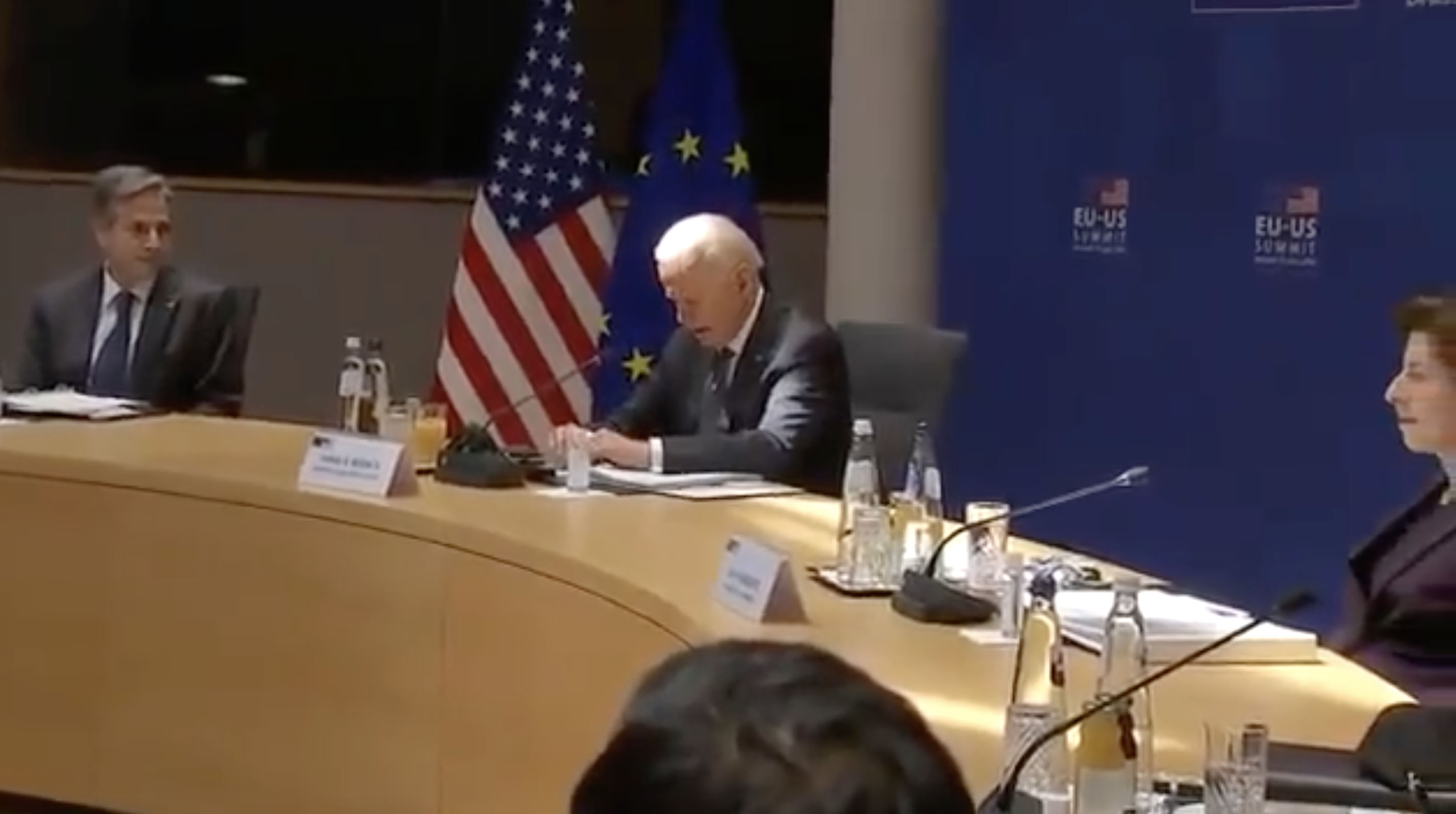 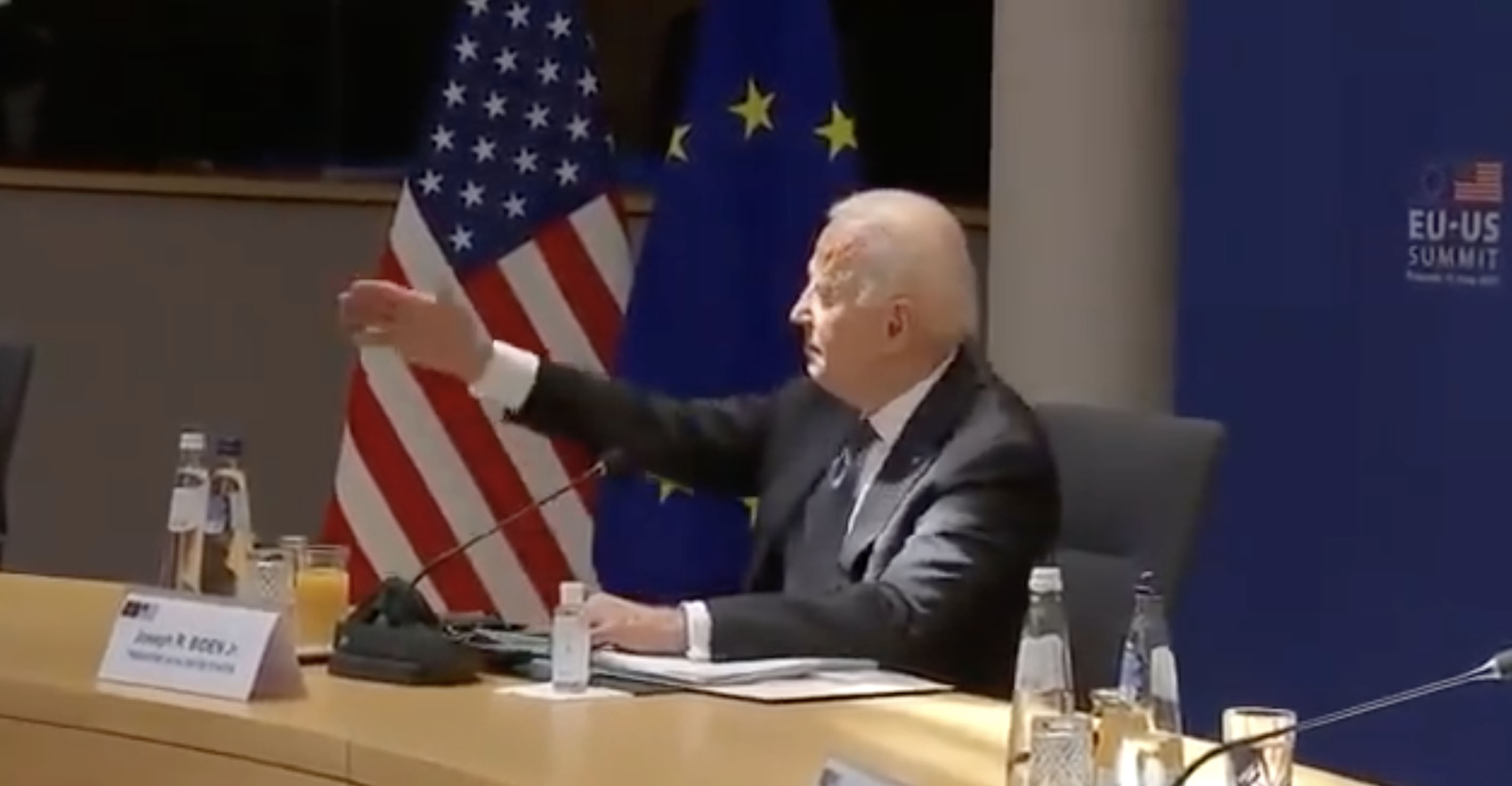 “I'm leaving out a lot of people here I apologize. I'm going to get in trouble," Biden continued.

Critics pointed to the fact that the video from the meeting is just 24 hours before Biden is set to meet with Russian leader Vladimir Putin in Geneva, Switzerland.

“Biden is blatantly impaired and can't remember questions being asked,” he added.

“Who is running this country?”

Donald Trump Jr also was among those criticizing the president as he claimed that Biden is “embarrassing” the US with his performance during his first international trip to Europe, which included the G7 summit in England and a meeting with Queen Elizabeth. 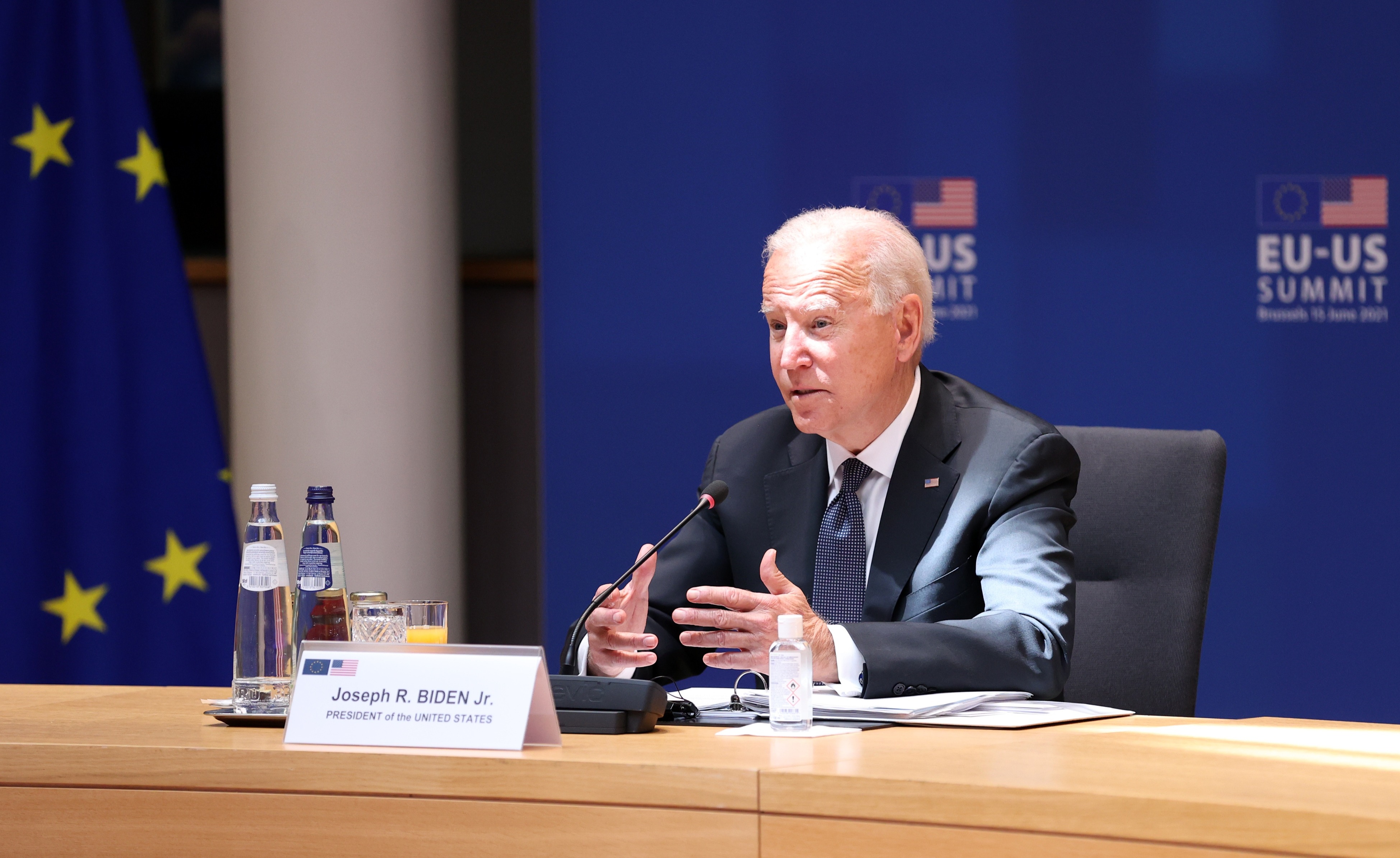 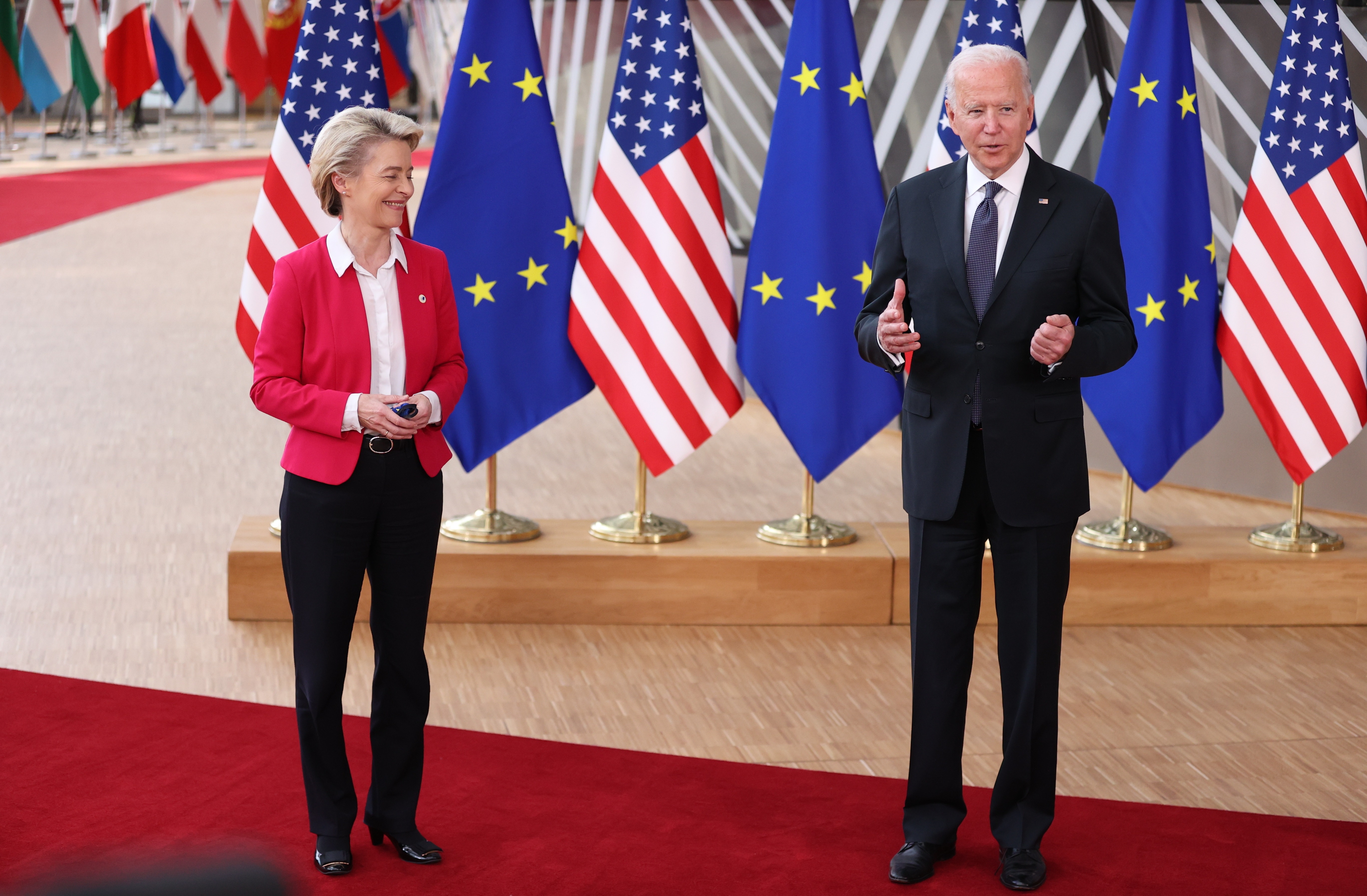 “These videos of Joe Biden are humiliating,” Don Jr tweeted.

“He's embarrassing himself and our country on a world stage.

“The media of course will tell you the other world leaders love him, but that's because they're taking him and your tax dollars for a ride!”

It comes after several videos emerged from Biden’s trip in which he appeared to blunder and broke protocol while meeting with the Queen.

Experts said that Biden broke protocol on at least three occasions including when he wore dark shades while standing alongside Her Majesty.

The president was also corrected by UK Prime Minister Boris Johnson after Biden claimed he had failed to introduce the South African President.

Other G7 leaders were heard laughing around the table at Biden's forgetfulness. The US president then joined in. 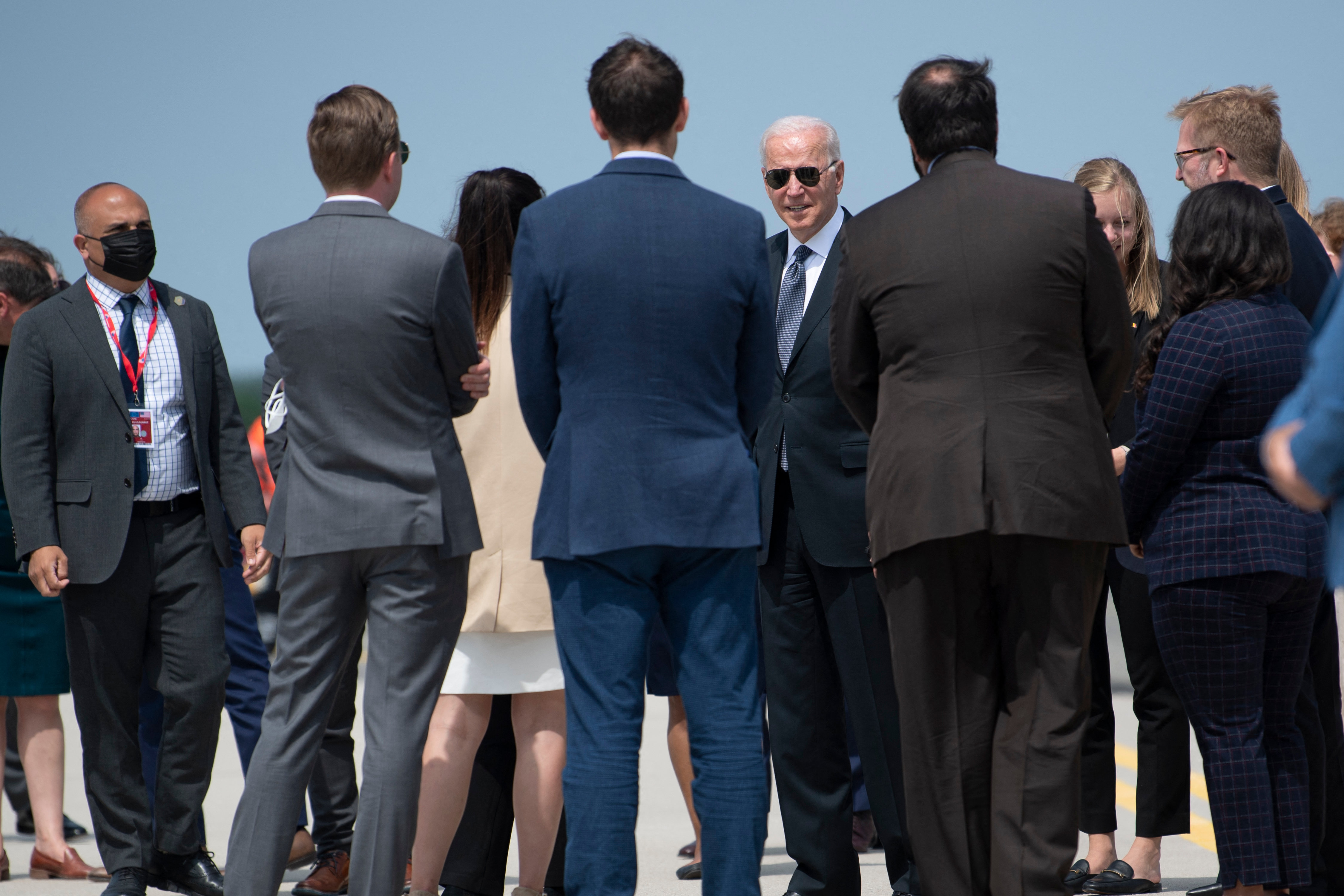 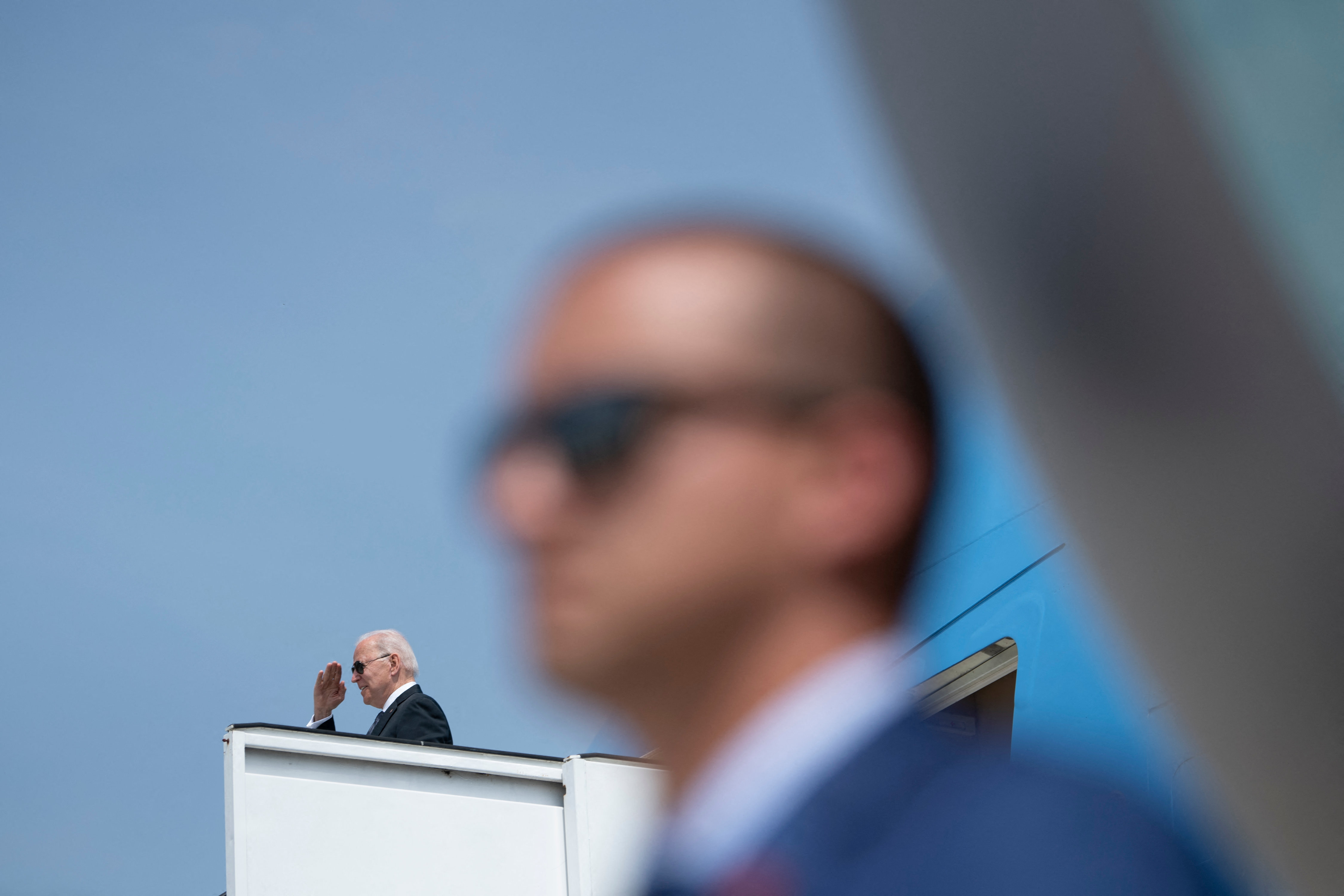 Biden and Putin are set to meet for between four to five hours in Geneva in a critical summit where they will discuss a wide range of issues from cyberattacks to Syria to Ukraine.

The meeting comes after a testy relationship between the leaders during Biden’s first few months in office.

On Monday, Biden laughed when asked if he believed Putin is a killer.

The Russian leader, a former KGB officer, deflected the criticism and insisted of Biden: "Don't be mad at the mirror if you are ugly."

The Russian leader's rebuke of Biden came in a wide-ranging interview with NBC, in which Putin also accused the US of "targeting its citizens over their political opinions", pointing to the arrests of January 6th rioters.

Elsewhere in the interview, Putin offered fond words for former President Donald Trump, who was accused throughout his four-year term of cozying up to the Russian leader.

"Mr. Trump is an extraordinary individual, talented individual. Otherwise, he would not have become US president," Putin said. "He is a colorful individual."

However, Putin added that there's a need for "predictability and stability" in Russia's relations with the United States.

Relations between the US and Russia are at their lowest point in decades – a fact Biden and Putin have both publicly acknowledged in recent weeks.

Much of the fraying of relations can be attributed to a series of cyberattacks carried out on US interests over the last year, including the Colonial Pipeline shutdown and the SolarWinds hack.

Biden, Get, Gonna, I, Im, mumbles
You may also like: