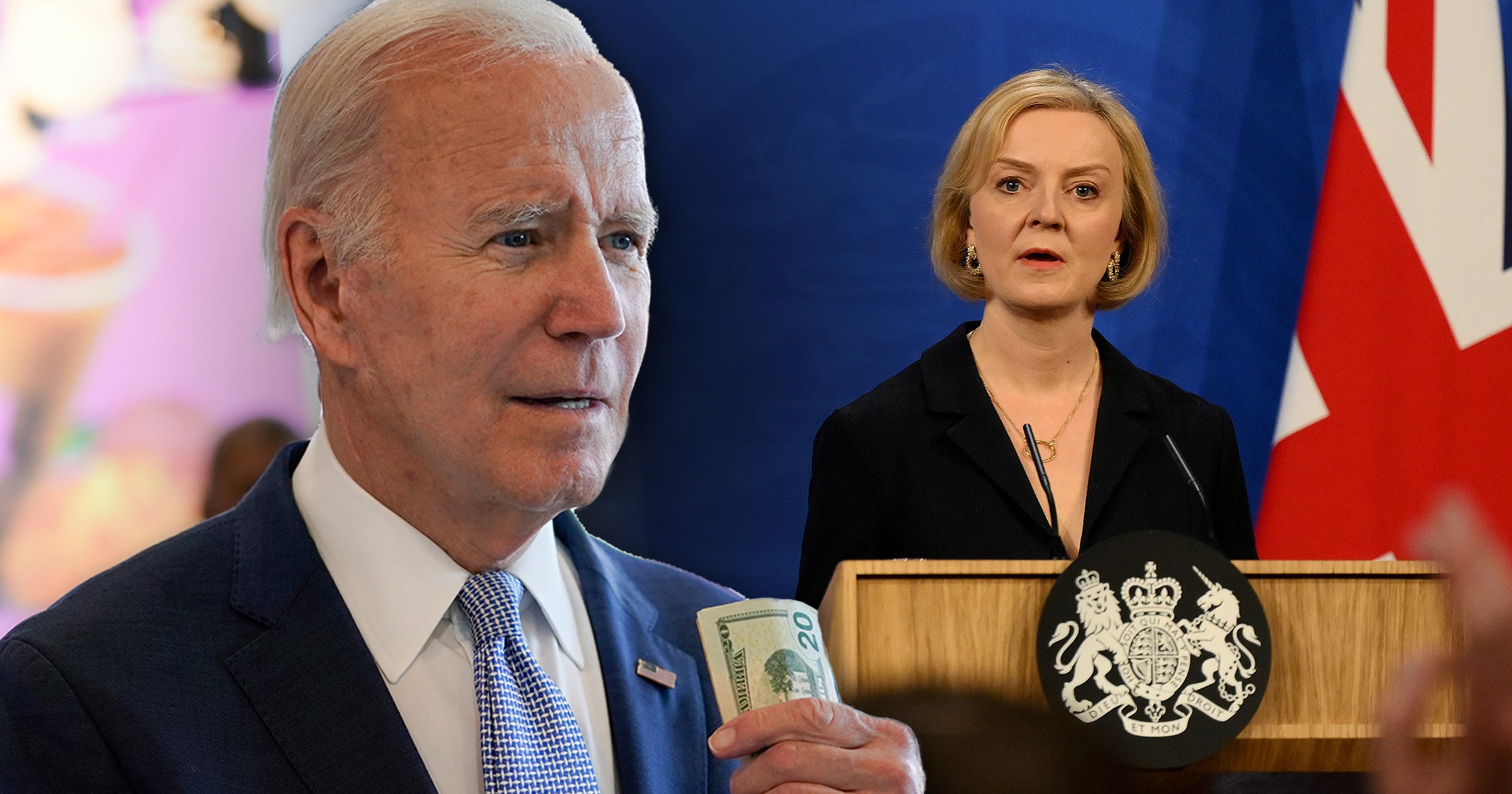 The US President has criticised Liz Truss’s abandoned mini-budget as he bemoaned a lack of ‘sound’ economic policy in some countries.

The fallout from Truss’s plan continued this week after she fired Chancellor Kwasi Kwarteng on Friday and replaced him with Jeremy Hunt in order to calm the financial markets.

She finally got rid of Kwarteng after three weeks of turmoil and also made a U-turn on her commitment to drop the planned rise in corporation tax from 19% to 25%, a central plank of her leadership campaign.

Biden said Truss’s move to reverse the planned tax cuts was ‘predictable’, taking the unusual step to criticise one of the US’s closest allies.

He said: ‘I wasn’t the only one that thought it was a mistake.

‘I think that the idea of cutting taxes on the super-wealthy at a time when … I disagree with the policy, but that’s up to Great Britain.’

Biden also dismissed concerns about the strength of the dollar, adding: ‘The problem is the lack of economic growth and sound policy in other countries.’

Truss’s economic vision appeared doomed on Sunday as she fought to stay in power despite an increasingly shaky-looking premiership.

Hunt had spent Saturday effectively trashing the mini-budget and the set of policies that brought Truss to power and suggested some taxes could rise as he promised to bring stability to the country.

So far, his appointment has failed to dampen speculation of an imminent coup against the PM.

Sir Geoffrey Clifton-Brown told LBC on Saturday that for Truss, it all hinges on how the markets receive the fiscal plan at the end of the month.

Former chancellor Rishi Sunak’s allies are trying to get Conservative party officials to oust Truss from her job, according to a new report.

Tory rebels are said to be working on a coordinated effort to remove the PM, with Sunak waiting in the wings to take over alongside colleague Penny ­Mordaunt.

‘We want Graham to grey suit her,’ The Sun on Sunday cited one of the plotters as saying.