Follow
Home » World News » Bidens off to U.S. Virgin Islands to ring in the new year

Bidens off to U.S. Virgin Islands to ring in the new year

Bidens off to U.S. Virgin Islands to ring in the new year while America reels from catastrophic winter storm and Supreme Court extends Title 42 – punting migrant chaos down the road

The Bidens are headed for a warm winter break in the sunny U.S. Virgin Islands as of Tuesday evening, leaving behind a nation wracked by a massive winter storm.

President Biden and First Lady Jill, their daughter Ashley and her husband Howard Krein and their dog and grandkids Natalie and Hunter were all seen departing the White House for Joint Base Andrews on Tuesday evening. Four aides, including national security advisor Jake Sullivan, traveled with the first family.

At least 70 people are dead and tens of thousands have been stranded to spend the holidays in an airport as airlines cancel flights en masse.

Biden will avoid another crisis on the home front while they’re lounging in the sun –  the Supreme Court ruled that the Trump-era Title 42 border restriction will remain in effect until at least February. 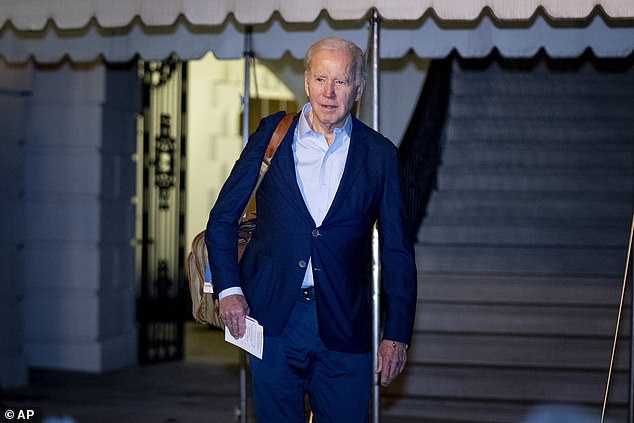 The Bidens are wheels up for a warm winter break in the sunny U.S. Virgin Islands as of Tuesday evening, leaving behind a nation wracked by a massive winter storm 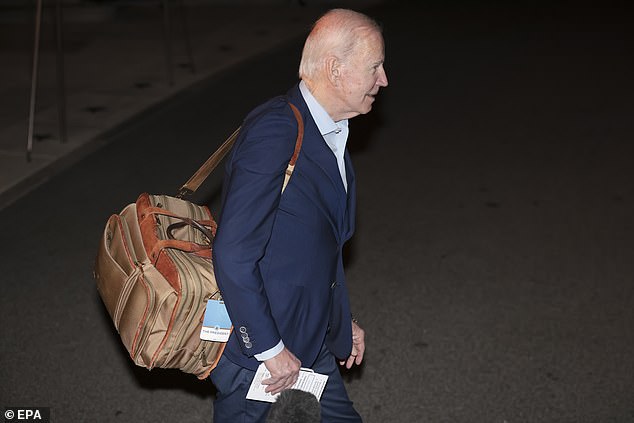 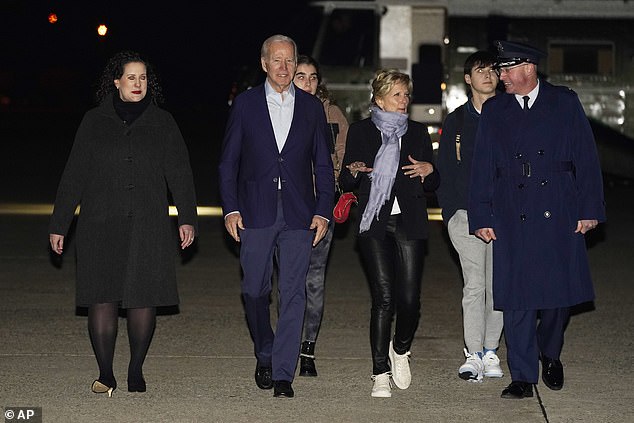 President Joe Biden and first lady Jill Biden arrive to board Air Force One at Andrews Air Force Base, Md., on Tuesday, Dec. 27, 2022, with their grandchildren Natalie and Robert and escorted by Air Force Col. William Chris McDonald, right, and his wife Diana McDonald, left 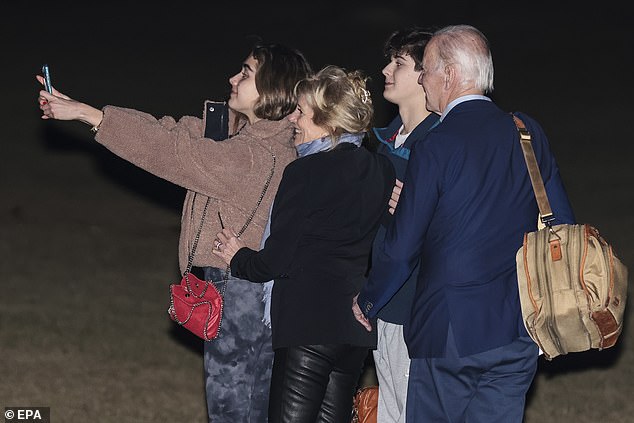 The policy was due to expire hours after the Bidens took off – at December 27 at midnight. A fresh onslaught of border crossers were expected to make their break for the U.S.-Mexico border without Title 42.

Biden was asked to respond to the decision as he left the White House Tuesday evening. ‘The court is not going to decide until June apparently, and in the meantime we have to enforce it— but I think it’s overdue,’ he said of the policy’s end.

Biden did not address questions about whether he would discuss running in 2024 while in St. Croix.

The Bidens will be on the beach while parts of the US are bracing for another 12 inches of snow. The winter weather follows an Arctic bomb cyclone storm that ravaged most the U.S. over the Christmas weekend. Buffalo, New York which is buried under 50 inches of powder, was declared a federal emergency and thousands of airline passengers remain stranded due to travel chaos.

The Bidens will ring in the New Year in St. Croix, located in the U.S. Virgin Islands where the average temperature for this time of year is 84F, before returning to Washington D.C. on January 2.

Meanwhile, by a 5-4 vote, the nation’s highest court decided to keep the immigration policy in effect but will decide in 2023 if the consortium of 19 attorney generals from GOP-led states, including Texas and Arizona, should be allowed to intervene in defense of the policy as ruled by the lower courts. 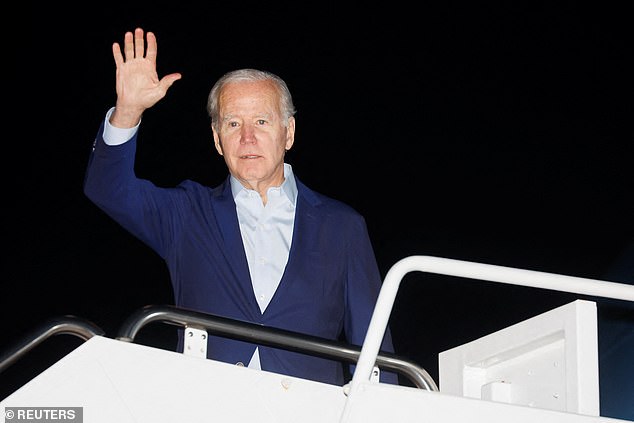 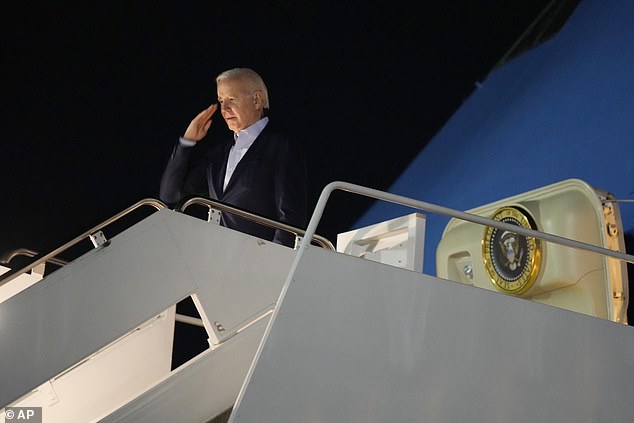 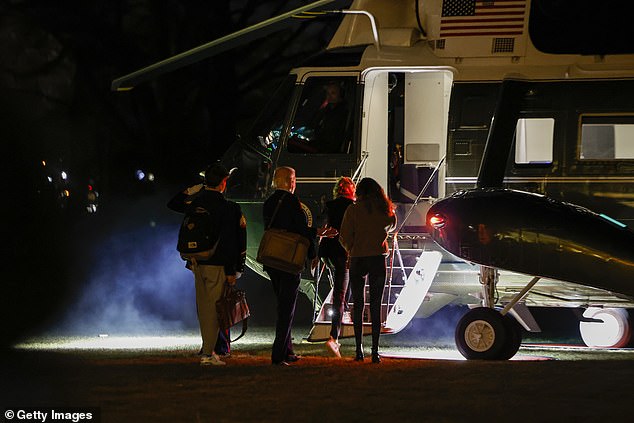 The Bidens will ring in the New Year in St. Croix, located in the U.S. Virgin Islands where the average temperature for this time of year is 84F 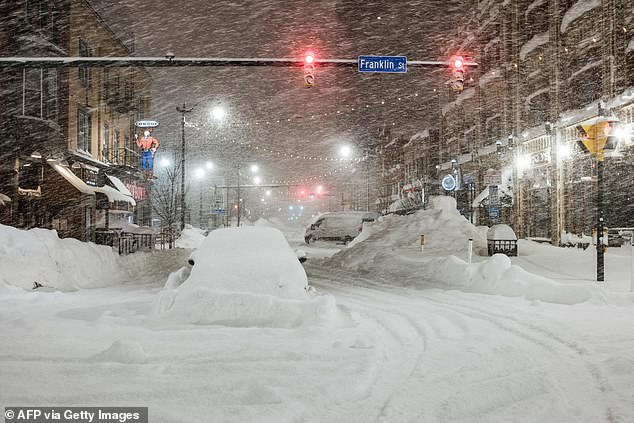 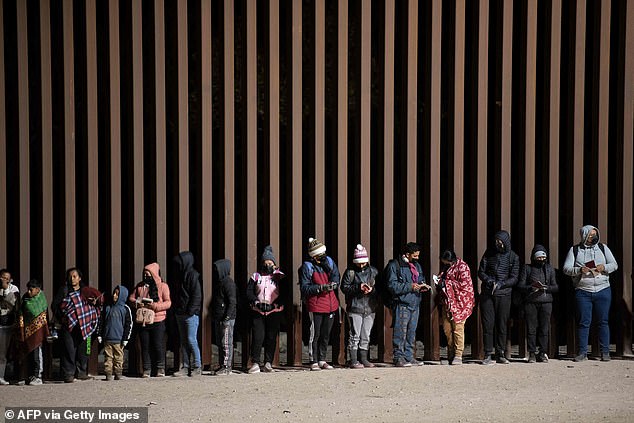 The Supreme Court has set the Trump-era border order Title 42 to end at 11.59pm Tuesday night unless they issue another ruling. Pictured: migrants waiting to be processed

White House Press Secretary Karine Jean-Pierre acknowledged the ruling on Tuesday evening saying, ‘We will, over course, comply with the order and prepare for the Court’s review.’

‘Today’s order gives Republicans in Congress plenty of time to move past political finger-pointing and join their Democratic colleagues in solving the challenge at our border by passing the comprehensive reform measures and delivering the additional funds for border security.’

Although the border policy remains in place, that’s not stopping asylum-seeking migrants from attempting to cross the southern border as dangerously cold temperatures impact most of the nation, including Texas communities along the southern border, where some newly arriving migrants have struggled to find shelter.

El Paso is facing a humanitarian crisis, with many migrants sleeping on the city’s streets.

Presidents can and do work from anywhere but hanging out in the sunshine while much of the country is covered in snow and migrants are storming the border makes for questionable optics.

Temperatures around the country are expected to rise in the coming days but there will be fallout from the storm.

In Buffalo, the dead were found in cars, homes and snowbanks.

Biden offered the city federal assistance on Monday while New York Gov. Kathy Hochul toured Buffalo – her hometown – and called the blizzard ‘one for the ages.’

According to the governor, almost every fire truck in the city became stranded Saturday. Many were without power.

Even in an area known for snowfall, County Executive Mark Poloncarz called the blizzard ‘the worst storm probably in our lifetime.’

Biden was briefed on the storm ahead of the holidays.

The storm led to some 2,872 domestic and international U.S. flights being canceled Tuesday as of about 8am Eastern time, according to the tracking site FlightAware.

The Transportation Department is investigating the flight cancelations, including those by Southwest, which canceled the largest number of flights – more than 10K.

The Bidens won’t face travel difficulties, however, given they will be on Air Force One. 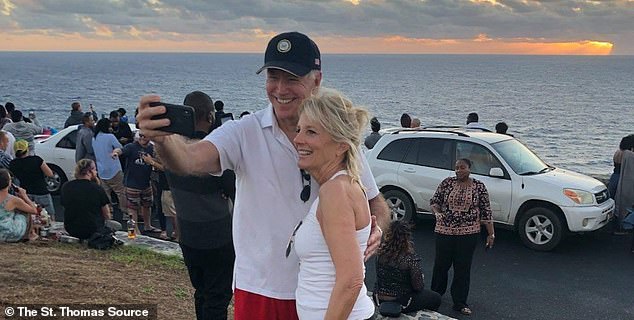 Joe and Jill Biden in St Croix in 2019, courtesy of the St. Thomas source 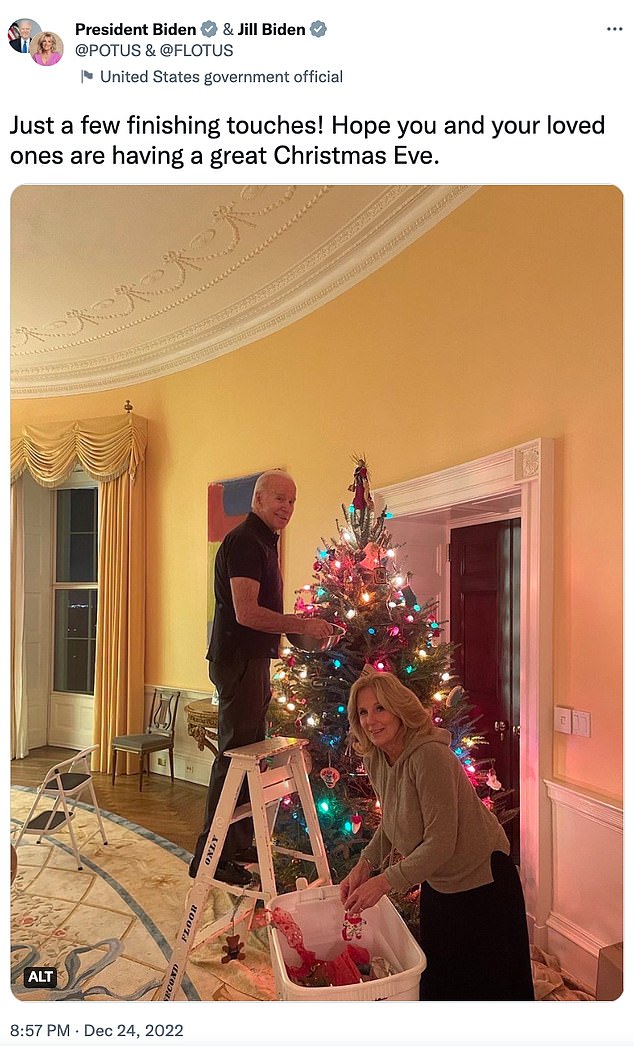 The Bidens spent a quiet Christmas at the White House 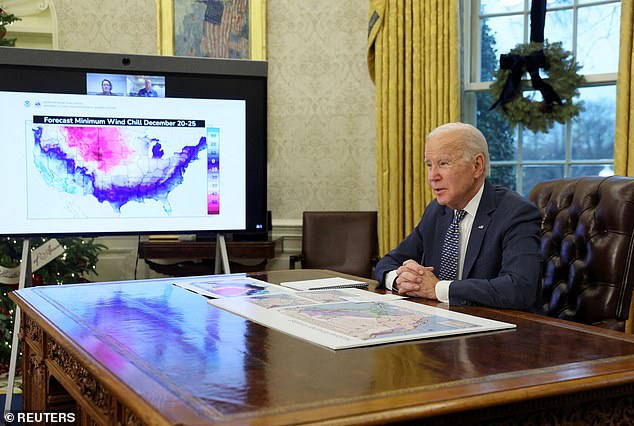 The first couple spent a quiet Christmas at the White House, where they called a selection of US service members around the world to thank them for their service.

The family had a private mass at the White House and a traditional Italian dinner.

The Bidens have a long family tradition of spending time on the sunny island in the Caribbean Sea, visiting there nearly every year since 2008.

Often, they greet the first sunrise of the new year at Point Udall, the eastern-most point under the American flag.

Biden’s brother James owns property on Water Island and Biden often spends a week there in January, when the cold weather settles in on the East Coast.

The Bidens are returning to the island after skipping trips there the past few years due to the Covid pandemic.

He will be the first president to visit the island since former President Bill Clinton in the 1990s. Barack Obama visited it in 2007 when he was a presidential candidate.

The last sitting president to visit St Croix was Harry Truman in February 1948.