Major technology firms have lost more than $1 trillion in combined market value over the past three trading sessions, as investors flee risky growth stocks in favor of safer consumer staples.

Since the closing bell on Wednesday, following the Federal Reserve’s rate hike announcement, tech stocks have been hardest hit, with Apple alone losing more than $220 billion in market value, according to a CNBC analysis.

Though markets rebounded somewhat on Tuesday morning, the tech-heavy Nasdaq composite has dropped 26 percent so far this year, and is trading at its lowest level since November 2020.

Amid the selling, investors have been flocking to classic consumer staples companies such as Campbell Soup, General Mills and J.M. Smucker. 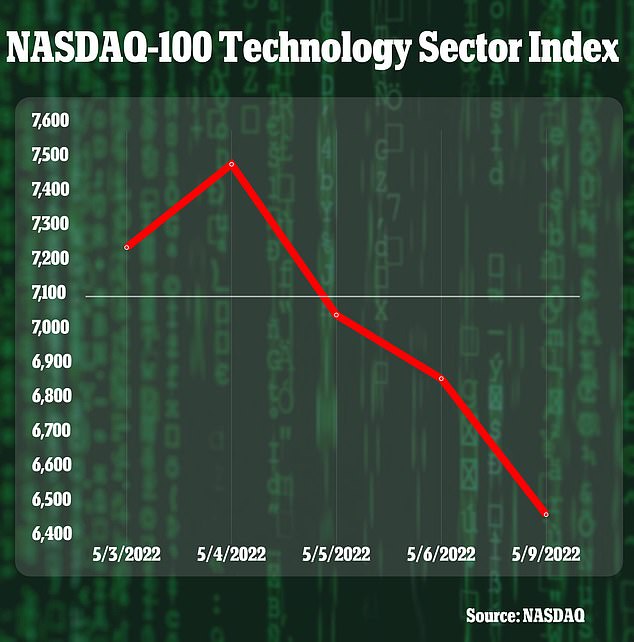 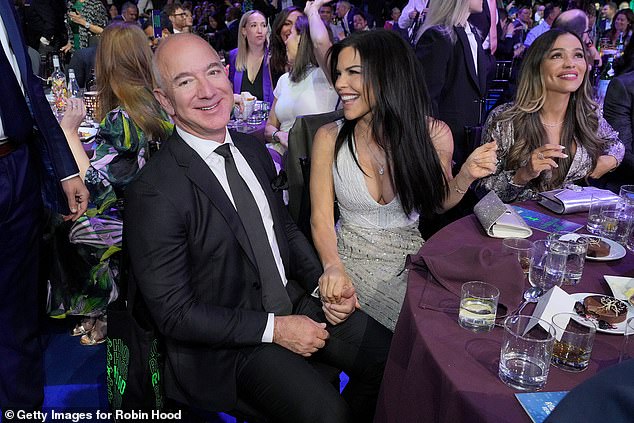 Amazon’s market capitalization has declined by $173 billion since Wednesday. Amazon chairman Jeff Bezos is seen above on Monday with girlfriend Lauren Sanchez

Following the Federal Reserve’s half-point interest rate hike on Wednesday, markets have been bracing for a higher-rate environment and economic slowdown.

Change in total market value from Wednesday to Monday:

It has reduced the appeal of so-called growth stocks, which have most of their projected profits far in the future, and trade at much higher earnings multiples than well-established firms, also known as value stocks.

‘With slowing growth, regardless of a recession or not, you’re going to see multiple compression for anything that’s growth related,’ Michael James, managing director of equity trading at Wedbush Securities in Los Angeles, told Reuters.

Between Wednesday’s closing bell and the end of trading on Monday, Tesla lost $199 billion in market cap, continuing its slide months after seeing its valuation fall below $1 trillion.

Microsoft has lost around $189 billion in value, and Amazon’s market capitalization has declined by $173 billion.

Google-parent Alphabet has lost about $123 billion in market value over the three days, while Facebook parent Meta Platforms has lost $70 billion in value. 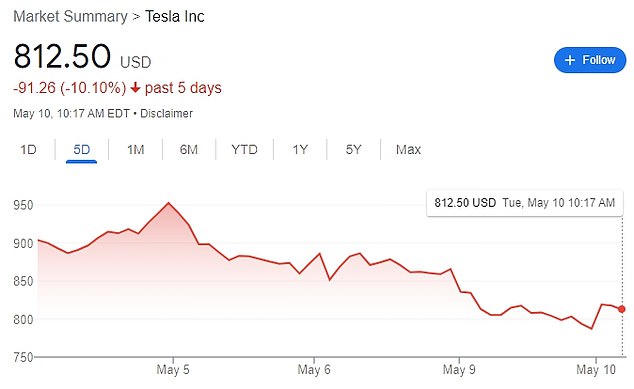 Tesla shares have lost 10% over the past week, as investors sell off tech stocks 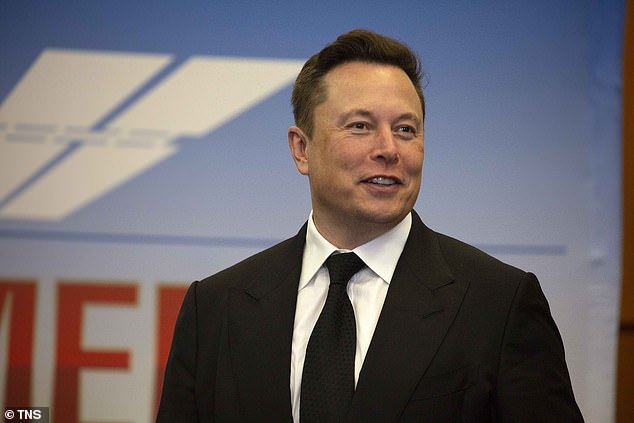 Between Wednesday’s closing bell and the end of trading on Monday, Tesla lost $199 billion in market cap. Tesla CEO Elon Musk is seen above

Nvidia, a high-flying graphics card and computer hardware maker, has seen about $85 billion wiped from its valuation.

Netflix, which has been in a steep decline over concerns about declining subscriber growth, has lost about $14 billion in value since Wednesday.

Shares of Netflix are now down 70 percent so far this year.

‘Markets are continuing to re-price inflation risks as it becomes more evident that inflation is likely to be with us for longer than some people had hoped,’ said Chris Zaccarelli, chief investment officer at Independent Advisor Alliance in Charlotte, North Carolina, also citing increasing recession risks.

And he sees policy tightening around the world adding to economic ‘slowdown pressures that are already building due to the lockdowns in China and the war in Europe.’

The Federal Reserve is trying to cool inflation that is running at a four-decade high, but investors worry that tighter monetary policy might trigger an economic downturn. 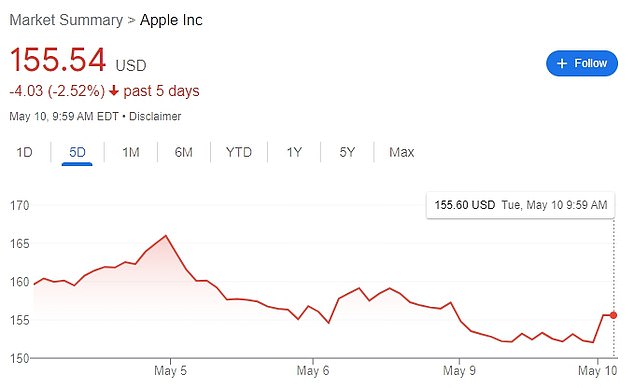 Apple shares were down 2.5 percent on Tuesday morning from a week ago 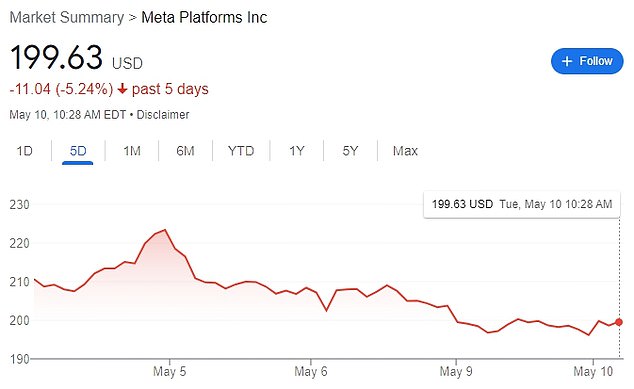 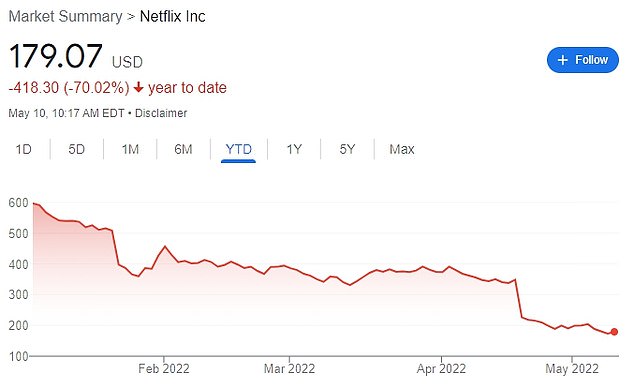 Amid concerns about shrinking subscriber numbers, Netflix is down 70% so far this year

Traders are pricing in the ‘impending deterioration of economic conditions,’ said Yeap Jun Rong of IG in a report.

U.S. stocks have declined as the Fed turns away from a strategy of pumping money into the financial system, which boosted prices.

Investors tempted by lower prices helped push the major stock indexes to modest gains in morning trading on Wednesday, a day after the S&P 500 hit its lowest level in more than a year.

The benchmark S&P 500 index rose 1.5 percent in the early going, a day after sinking 3.2 percent.

Big technology stocks, which have been swinging sharply both up and down recently, were back in the green.

That helped push the Nasdaq composite up 2 percent. Apple and Microsoft each rose.