Bigamist mother-of-three, 43, who tied the knot and had a baby with her lover while still married to her first husband of 22 years is spared jail

A bigamist mother-of-three who tied the knot and had a baby with her lover while still married to her first husband of 22 years has been spared jail.

Brinda Kantamaneni, 43, from Guildford, Surrey, hid her relationship and pregnancy with Matthew Hall from her first husband, Ravi.

Their homes were just three minutes apart and she even entered an incorrect name on the birth certificate of her five-year-old child with Mr Hall.

She has not been able to speak to her two children from her marriage with her first husband for three years, the court was told.

Kantamaneni, who had pleaded guilty to a charge of bigamy at a previous hearing, appeared at Isleworth Crown Court for sentencing accompanied by Mr Hall.

The court heard that she was forced to wed at the age of 20 in an arranged marriage to her first husband, Ravi, in May 1999 in North Carolina in the United States, and had a traditional Indian ceremony later that year. 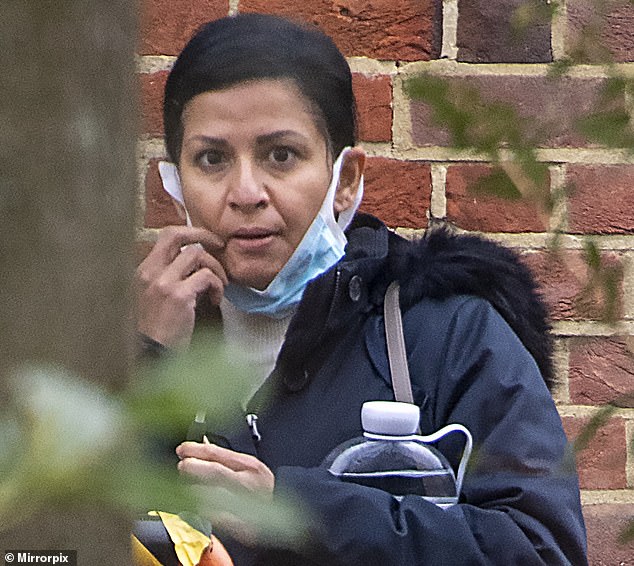 Brinda Kantamaneni (pictured above), 43, from Guildford, Surrey, hid her relationship and pregnancy with Matthew Hall from her first husband, Ravi

The couple later went on to have a son and daughter, now aged 17 and 15, before moving to live in London where Ravi works as a director for an international consultancy firm.

Ravi asked the court for a restraining order against Kantamaneni, but this was denied. The earlier hearing was told that said she could have faced up to seven years in prison for bigamy.

Judge Hannah Duncan said, however, during mitigation: ‘I’m not going to send her to prison.’

The court was told she was subject to emotional and physical abuse and was kept in the unhappy marriage by her husband, father and brother.

Prosecutor Olu Phillips, reading out the first husband’s victim impact statement, said: ‘For me, everything is a constant battle.

‘My mind is in a constant movie of memories. I only live for my children and ensure they will have a happy healthy life.

‘I don’t trust anyone. My work has been impacted. I have been forgetful, I just keep thinking about why she did this to her own children.

‘We didn’t deserve any of this. I’m in constant distress, sadness and pain.’

Paul Mylvaganam, in mitigation, said: ‘There is a long and sad history in this case.

‘The case is obviously unusual, but the real punishment has already happened – she has not spoken to her children for three years.

‘When divorce proceedings initiated in 2018, she gave away her house in Arlington, Virginia, and her house in London and walked away without anything in the hopes she could see her children.

‘In early 2020, she was reported for bigamy by her first husband. She could have tried to force seeing her children through the courts, but she was fearful at that point. 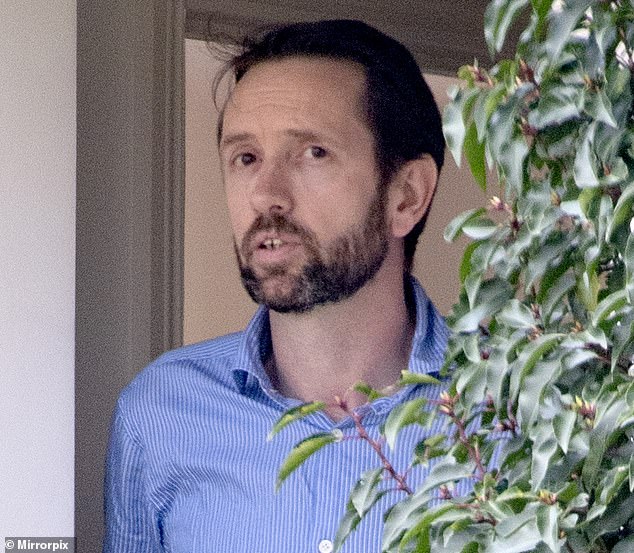 Mr Hall, pictured above. Their homes were just three minutes apart and Kantamaneni even entered an incorrect name on the birth certificate of her five-year-old child with Mr Hall

‘She wants nothing more than to be able to build bridges and mend the relationship.’

He added: ‘She’s a lady who can hold together a family and hopes to be a good mother to that young five-year-old.’

Passing sentence, the judge handed her 20 days rehabilitation activity requirement to be completed over two years. No costs or compensation, other than the victim surcharge, were ordered.

She said: ‘You went through an arranged marriage when you were a very young woman to the complainant in this case.

‘You had two children. The marriage took place in 1999, the first child was born in 2004 and the second child born in 2007. You tried to keep up the facade, but you knew your marriage was over.

‘There was nothing legally stopping you leaving your first husband. You were perfectly entitled to do that.

‘The reason you are here is that you lied in order to live the life with a man you are in love with. There is harm in the case, not just because of the lie but due to the sad breakdown of a family.

‘You did not want to be in the first marriage. You were reluctant to be in an arranged marriage and you were only 20 years old.

‘Several times over the years you have tried to leave your husband but you were not allowed to do so by your husband, your brother and your father.

‘You were subjected to coercive control and subject to physical abuse. You were put into a position where you couldn’t leave. 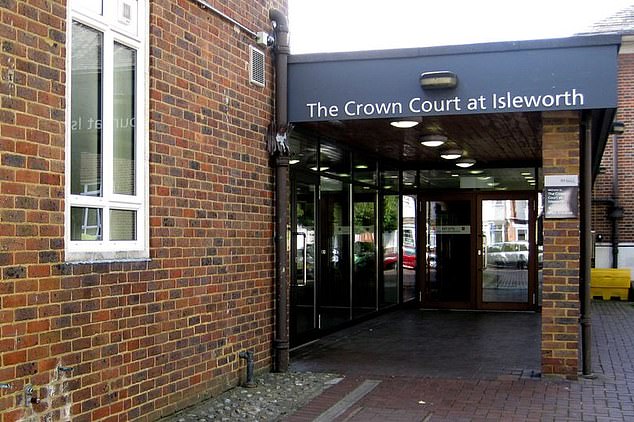 The court (file photo, above) heard that she was forced to wed at the age of 20 in an arranged marriage to her first husband, Ravi, in May 1999 in North Carolina in the United States

‘You were emotionally abused and emotionally manipulated. This is how you found yourself saying a lie. This is not something you should have done.

‘It was open to you to do things the right way, but you have already lost your job and contact with your two children. That reduces a great deal in your culpability.’

Judge Duncan added: ‘In terms of the harm, I look at the lie you told and the humiliation, hurt and the shame you brought to your husband.

‘It is clear there is a great deal of bad will from your former husband towards you and I must bear that in mind.

‘What they are hurt about is they have left your father, they are no longer living with you, and that would have hurt whether you did this the right way or the wrong way.

‘You were always entitled to leave, but you were forced to stay against your will by physical and emotional abuse.

‘It was not strictly speaking where a double life was led for many years. You were doing the best you could to make everyone happy.

‘You came to make this decision by for once putting yourself first, no matter how foolish that decision may have been.’