Billionaire, 62, who owns New York’s Chrysler Building tells High Court he doesn’t want to pay his estranged 47-year-old wife £45million because he wants their children to ‘learn the value of money’

The billionaire owner of New York’s Chrysler Building, who is embroiled in a High Court battle, has told the judge that he does not want to pay his estranged wife £45million because he wants their children to ‘learn the value of money’.

Michael Fuchs, 62, told Mr Justice Mostyn last Friday that he is of the view that smothering the children in luxuries made them ‘jaded’.

Mr Fuchs, who moved from Germany to the US in the 1990s, has been battling with his estranged wife, former French journalist Alvina Collardeau-Fuchs, 47, at a private hearing in the Family Division of the High Court in London.

Mr Justice Mostyn has been asked to make the decision over how much Ms Collardeau-Fuchs should walk away with following the breakdown of the marriage.

The judge was told at a preliminary hearing earlier this year that Mr Fuchs was a billionaire and according to Bloomberg he owns the Chrysler Building in New York.

‘I believe that smothering them in luxuries makes them jaded,’ Mr Fuchs told the judge.

‘I want them to learn the value of money.’ 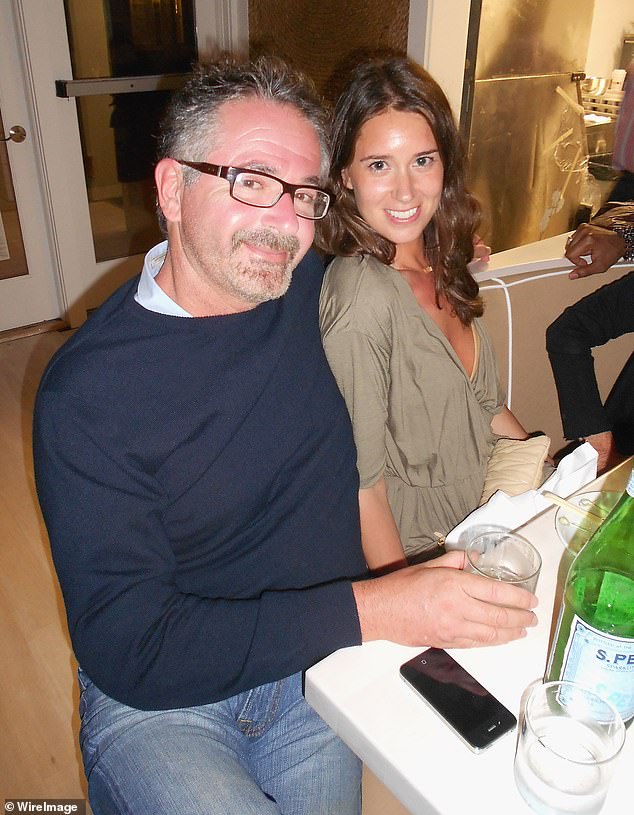 Billionaire Michael Fuchs, 62, is embroiled in a High Court battle with his estranged wife Alvina Collardeau-Fuchs, 47 (pictured together) 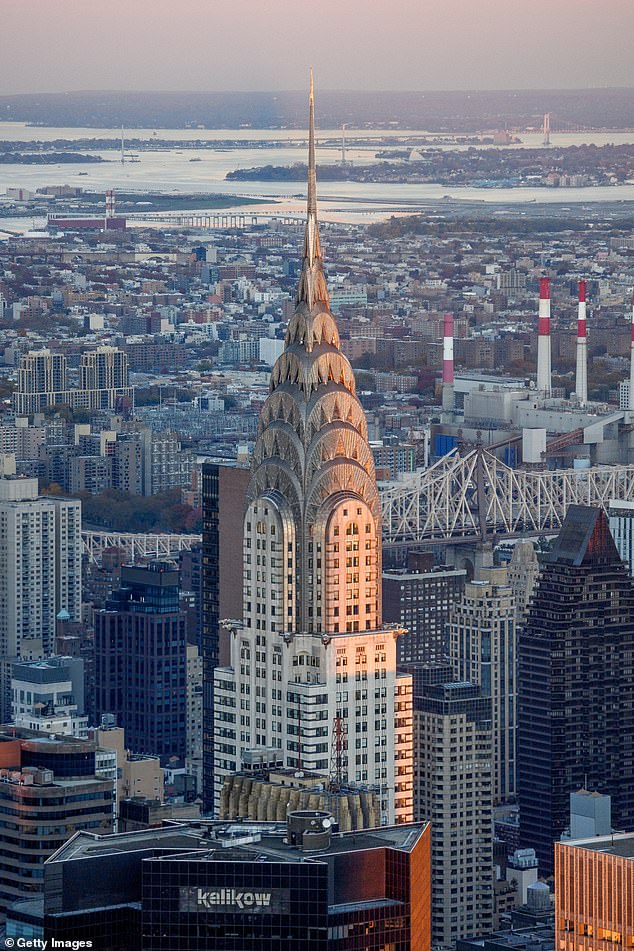 Fuchs, who is the owner of New York’s Chrysler Building (pictured), told the judge last Friday that he is of the view that smothering the children in luxuries made them ‘jaded’

The judge has heard that the former couple, who have two children, married in New York in 2012 and shared a London home before separating in 2020.

A barrister leading Mr Fuchs’ legal team told the judge that the pair want decisions on how much Ms Collardeau-Fuchs is entitled to under ‘nuptial agreements’.

Patrick Chamberlayne KC said Mr Fuchs argued the figure was £30million but Ms Collardeau-Fuchs argues it was more than £45million.

Ms Collardeau-Fuchs wanted about £1.2 million a year provision for children while Mr Fuchs said the figure should be about £350,000 a year.

He detailed some of her proposed yearly spending on children while questioning Ms Collardeau-Fuchs in court.

His estranged wife has suggested a figure of £21,000 on out-of-school football, rugby and tennis activities, £18,000 on theatre trips – with friends, he said. 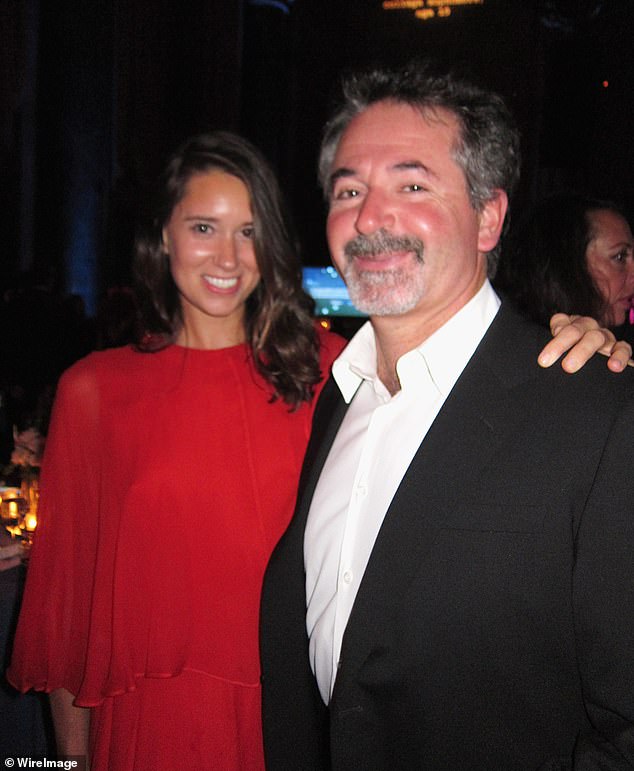 The former couple, who have two children, married in New York in 2012 and shared a London home before separating in 2020

Mr Chamberlayne told the judge that Ms Collardeau-Fuchs’ budget was ‘evidence of greed, not need’.

Mr Fuchs accepted that he was rarely at home during the week and that Ms Collardeau-Fuchs deserved credit for having given up her career and invested in the care of the children, Mr Cusworth told the judge.

‘The parties were able to live a billionaire lifestyle during their marriage,’ said Mr Cusworth, in a written case outline.

‘They ran at least five fully staffed homes in fashionable areas of the world, travelled extensively in the world’s top hotels and spent according to their means, which were unlimited.’

Mr Cusworth added: ‘It is [Ms Collardeau-Fuchs’] case that it would be wrong to implement the terms of the agreements in the way that [Mr Fuchs] proposes.’ 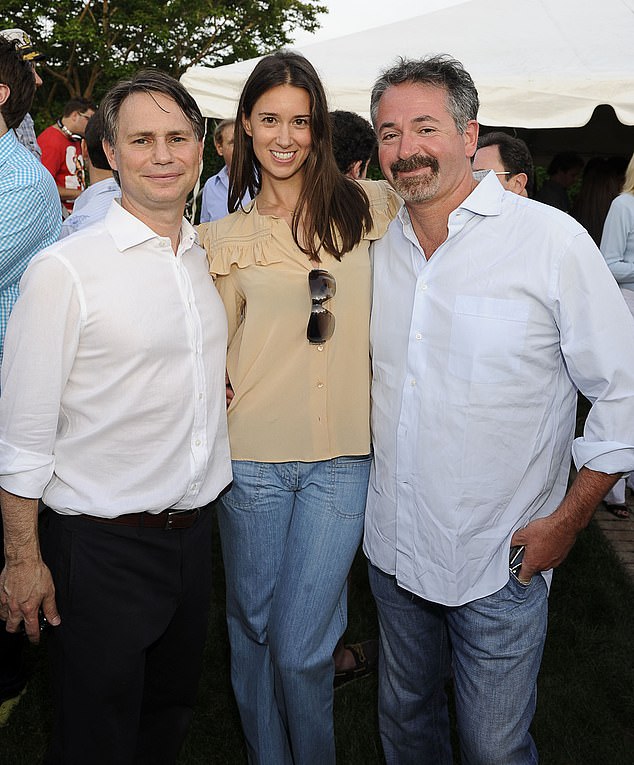 The court heard that Mr Fuchs argued the figure his estranged wife was entitled to was £30million but Ms Collardeau-Fuchs argues it was more than £45million. Pictuerd: The former couple with entrepeneur Jason Binn at a Memorial Day party in 2010

He said Mr Fuchs had failed to ‘implement’ what the agreements required during their marriage, and told the judge that Ms Collardeau-Fuchs would be unable to live as a post-nuptial agreement intended.

He said Mr Fuchs would continue to maintain the lifestyle the family had enjoyed.

Mr Justice Mostyn is overseeing a private hearing but has ruled that proceedings can be reported and the estranged couple named.

He said their children could not be named in media reports.

The hearing is due to end on Monday.

Mr Justice Mostyn is expected to deliver a ruling later in the year.