The price of a turkey crown centrepiece for Christmas dinner has risen by up to 26 per cent thanks to higher farming costs and the impact of bird flu.

It emerged this week that about 1.4million turkeys have died or been culled as a result of Britain’s worst outbreak of bird flu.

Farmers also face crippling cost rises caused by Russia’s invasion of Ukraine, which has pushed up the price of energy and animal feed.

This week, industry leaders suggested as many as half of the country’s free-range Christmas turkeys – 600,000 – have been killed or culled due to bird flu, leading to a ‘big, big shortage’.

Stores are expected to have to import birds from nations such as Poland and, potentially, Brazil. However, the cost of these foreign birds has doubled. 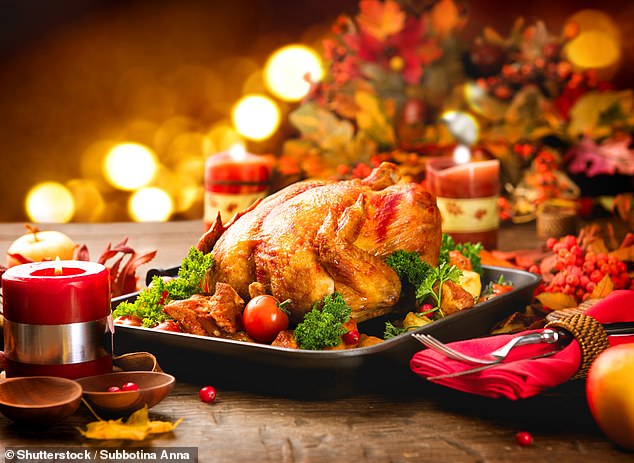 Research by the consumer group Which? looking at the cost of a turkey crown this year compared with 2021 found increases of between 9 per cent and 26 per cent at major supermarkets.

It is not clear how much of these increases will go to farmers. Some are critical of the big stores for failing to pass on a fair share of increases on products.

Experts also looked at the cost of the essentials of a traditional Christmas dinner to compare prices across seven major supermarkets.

Which? retail editor Reena Sewraz said: ‘Soaring inflation will be a worry to many households celebrating Christmas this year.’

Food inflation has accelerated to 12.4 per cent in the past month, with fresh food up 14.3 per cent. It said the prices of meat, milk, dairy and coffee had seen particularly strong rises.

Morrisons said: ‘We are working hard to keep prices down and invested £3million in cutting the prices of over 50 Christmas products.’