Bob Saget's wife, Kelly Rizzo, is speaking out about his unexpected death.

In her first TV interviews, the Eat Travel Rock host shared her final conversation and texts with the Full House star, who died on Jan. 9. Rizzo, who cried at points during the interviews, said Saget, who was 65, had no known health concerns — and a past mention he made about having COVID was "not anything" serious.

Rizzo said on Thursday's Good Morning America that she spoke to Saget after his Jan. 8 comedy show tour, as he traveled from Jacksonville to the Ritz-Carlton Orlando.

Saget was "on his way … back to the hotel," she recalled, "and was telling me what a wonderful show he had. He was happy and just loving what he did. It made him so happy to just bring laughter to people."

His final text to her said, "'I love you so much and I can't wait to see you tomorrow.'" 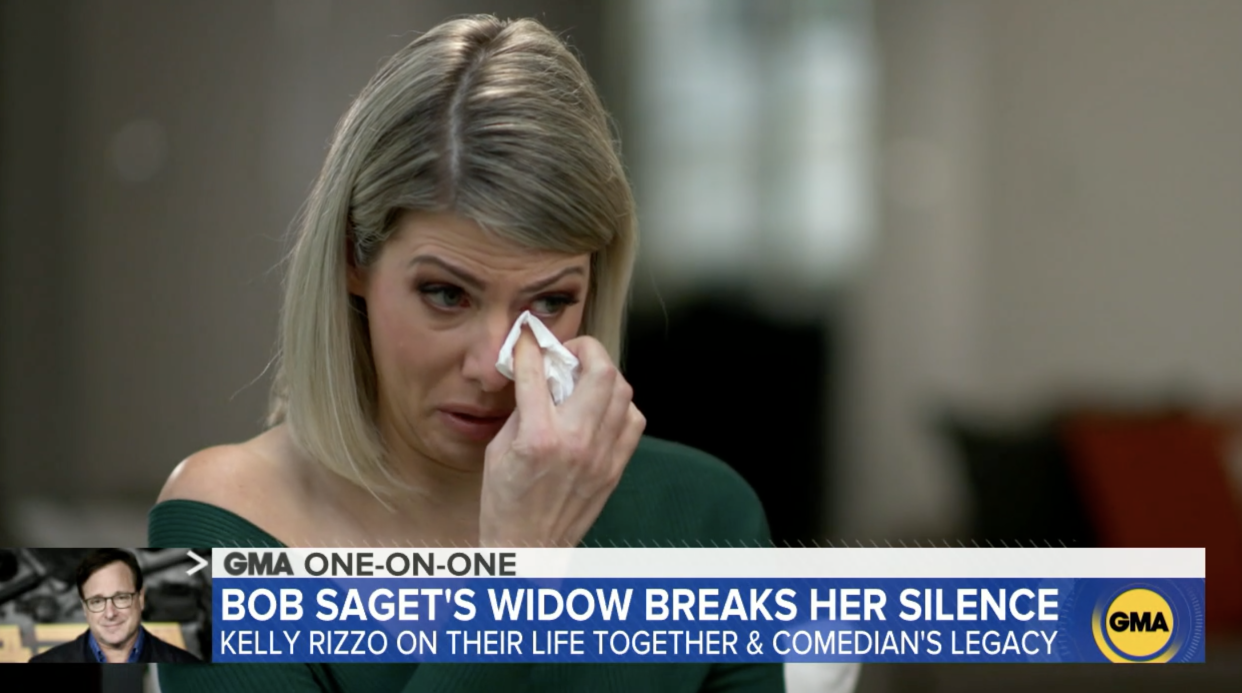 On the Today show, Rizzo said she was "very grateful" their last interactions were filled with love.

Saget entered his hotel room at 2:20 a.m. that Sunday morning. He was found dead in his bed, by hotel security, at about 4 p.m. He died in his sleep. Investigators saw no foul play or evidence of drug use. The medical examiner performed an autopsy, but further tests are being done.

Asked about his health on GMA, Rizzo replied "yes" when it was pointed out that appeared healthy. Asked if there was a health concern she knew of, she answered, "All I'll point to is, once again, that last post of his [on social media], where he said he felt like he was 26 again."

She was also asked about Saget mentioning in a podcast that aired on Jan. 5 that he previously had COVID, but not saying exactly when. "That was not anything," Rizzo replied.

Rizzo, 42, spoke about their relationship, saying, "I was so honored to be his wife." She added, "We valued every single second that we had together."

The TV host, who has been married to Saget since 2018, opened up about her grief.

"I was just telling some of my family that today's a little bit — there's a little bit more of a sense of calm," she told Today. "I think you get to a point where your body will just physically not let you cry anymore, or at least all day. Still every second is horrible but you start to come to terms with it a little bit."

She added, "So I think I'm possibly getting there, or I'm just numb. I can't tell what it is right now." 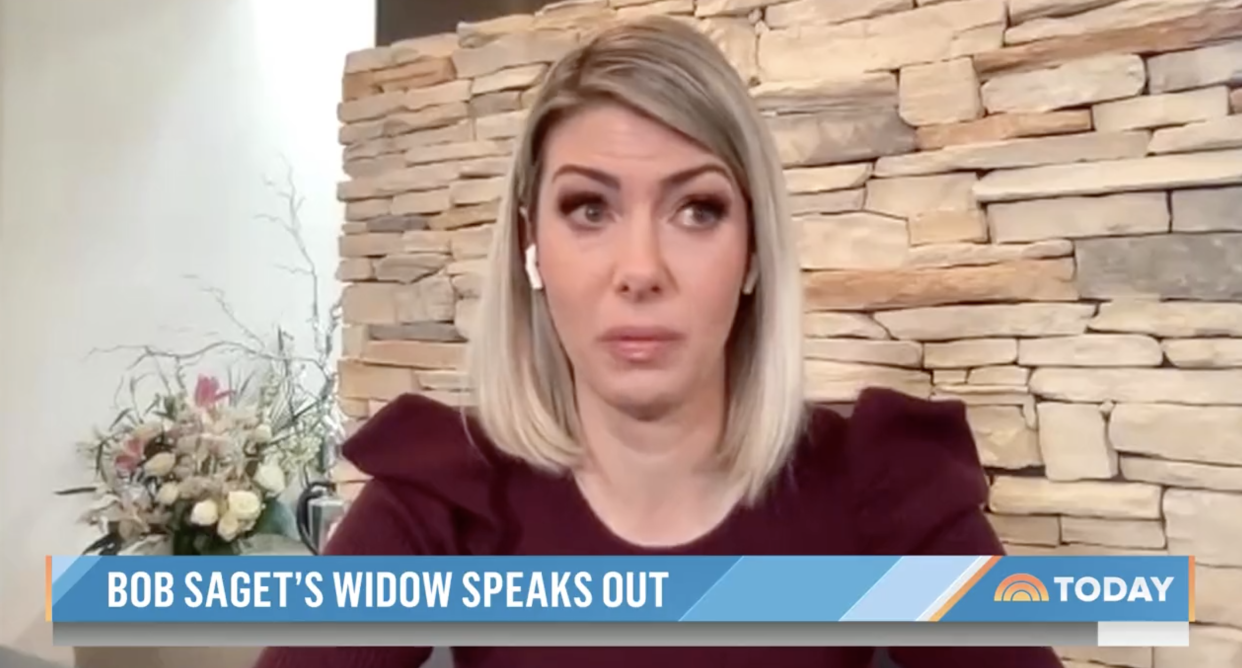 Rizzo met Saget when he slid into her Instagram DMs. They dated for three years before marrying in 2018.

"He was just the best man I've ever known in my life," she said of Saget, who has three adult children from his first marriage.

Saget's funeral was Friday and she recalled how so many attendees there told her they had spoken to Saget recently.

"I'm like, 'How did he have the time to talk to everybody and tell everybody that he loved them all the time?'" she asked, but added that she wasn't surprised. "I knew that that’s how it was 'cause he told me 500 times a day, but there was not one person out there that doubted his love for him."

She also spoke about his work with the Scleroderma Research Foundation after the autoimmune disorder took his sister Gay's life.

"He had three life's works: One was his children. Next was comedy and then the SRF," she said. "He spent over 30 years tirelessly working so hard to try to find a cure for Scleroderma. So that’s why anything that I can do to help keep that legacy going and just help with the SRF because it meant so much to him.” 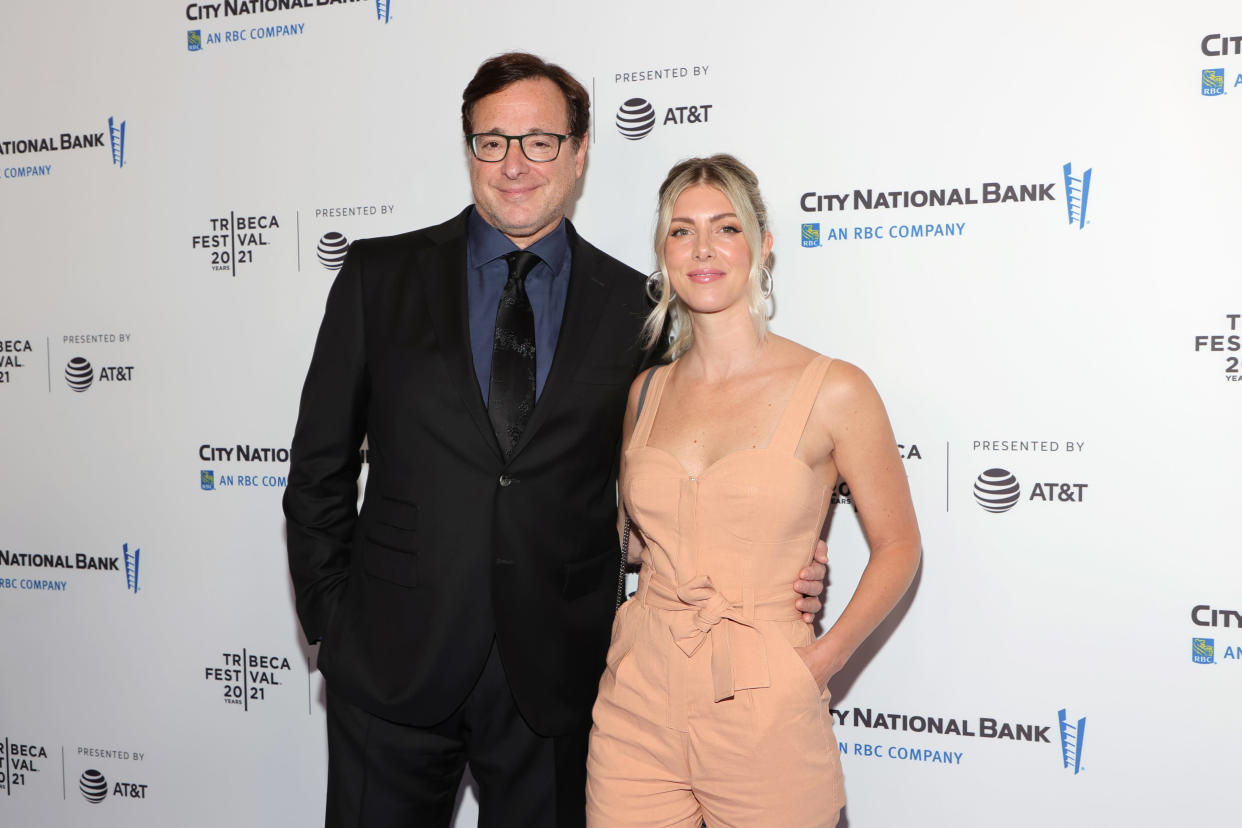 Rizzo called the outpouring of love and support for Saget the "silver lining" for her.

The Full House cast showed up at her door to support her — as well as Saget's many friends. John Mayer and comedian Jeff Ross retrieved the late star's car at Los Angeles International Airport last week, driving to Saget's home. They went live on Instagram for the ride, sharing stories about their pal.

Mayer, who was friends with the beloved TV dad for 15 years, also arranged and paid for Saget's body to be flown back from Florida to L.A. via a private plane, according to Showbiz 411.