London: A member of an organised crime gang that sent almost half-a-tonne of MDMA to Australia helped investigators uncover his own group by sending a picture of his dog that included his partner’s phone number on its tag.

Danny Brown, from Bromley, south of London, sent an image of his new French Bulldog, named Bob, to co-conspirator Stefan Baldauf while plotting to send the shipment with a street value of $82 million to Brisbane in 2020 in a 40-tonne digger. 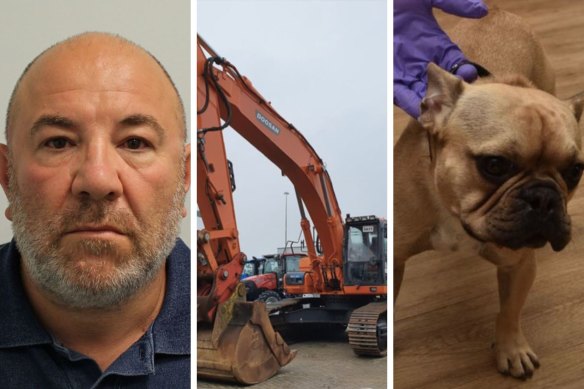 The UK’s National Crime Agency investigators zoomed in on the phone number and used it – among many other tactics in a painstaking investigation – to prove Brown was part of the conspiracy. The dog was present when Brown was arrested.

Brown, 55, and Baldauf, 62, also sent accidental selfies of themselves on the encrypted communications platform, EncroChat, which gave investigators additional proof they were involved in the plan, which hid the drugs, also known as ecstasy, in the arm of the industrial equipment and shipped it 16,000 km.

Brown, Baldauf and a third gang member, Leon Reilly, 50, were convicted in June at Kingston Crown Court of drugs trafficking with three other men. On Tuesday, London time, Brown was jailed for 26 years, Baldauf for 28 and Reilly for 24.

The trio and their conspirators plotted in late 2019 and early 2020 to send the drugs, which were 77.5 per cent pure, to Australia where MDMA’s street value is much higher than in Britain. The gang, which bought the excavator, a Doosan DX420, for €75,000 ($117,000) sent the digger to Australia under the pretence of selling it and organised an online auction to make the vehicle’s arrival look legitimate.

The court was told they rigged the auction by agreeing a pre-arranged bid with the intended recipients, however, panic set in among the group when the digger started to gain some traction online and a number of potential buyers.

The court heard that Reilly messaged Brown on the app saying: “There are six people watching it.”

Brown replied: “F—ing hell, that’s not good is it.” 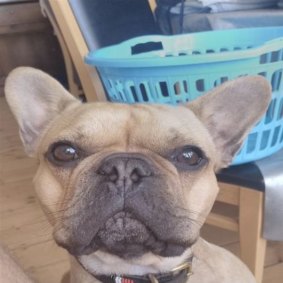 EncroChat users’ real names did not appear on messages, instead, they used a “handle” such as “Boldmove” and “throwthedice”, which investigators needed to attribute to real-world suspects.

Reilly, from Ireland, arranged for the digger to be moved from Leeds by his company Mizen Equipment. It was then housed in an industrial unit in Essex, where gang members cut open an arm of the digger with a welder and sealed the drugs behind a lead lining in December 2019.

In the days before and after this, the group members’ Encro phones were in frequent contact with each other. Mizen Equipment paid a haulage firm £1,600 to move the digger to Southampton Docks, and it took from January 14 to March 13 to arrive in Brisbane.

Australian Border Force officers x-rayed the digger, removed the drugs, then sealed the arm and installed a tracker and listening device before allowing it to go to its intended destination, an auction house in Sydney.

The digger was moved to a small site west of Sydney in May 2020 and UK gang member Philip Lawson, 61, forwarded the Australian arm of the operation a drawn diagram of exactly where the drugs were hidden and how the digger should be opened.

On May 18, two men from the Australian gang spent two days trying to find the drugs before realising something was wrong – EncroChat messages show the six UK men launched their own investigation and held meetings to find out who had stolen the drugs.

Lawson was sentenced to 23 years; and two other accomplices, Peter Murray to 24 and Tony Borgg to 15. Two men were charged with offences relating to the Australian conspiracy following work between the NCA and Australian Federal Police and are still before the courts.

NCA operations manager Chris Hill said the gang members thought they were safe on EncroChat, but officers did a “superb and painstaking job” of building the evidence against them through a mixture of traditional and modern detective skills.

“Brown and Baldauf’s accidental selfies and the photo of Bob the dog were the cherry on the cake in proving who was operating those handles,” he said. “But the OCG went to enormous lengths, even rigging an auction, in a bid to transfer the drugs to Australian conspirators.”