Boeing 737 travelling at at 200mph and carrying up to 189 passengers missed drone by just 6ft in one of the closest ever near-misses in UK airspace, report reveals

A holiday jet carrying up to 189 passengers had a lucky escape after a suspected drone flew just 6ft away at a height of 2,700ft above ground, a report revealed.

It is one of the closest near misses ever recorded in UK airspace.

The pilot was shocked to see what he thought was an illegally flown drone just several feet away as the plane roared past it around 200mph while coming to land at Stansted airport.

The report by the UK Airprox Board, which investigates near misses, said the pilot told air traffic controllers that he ‘did not know how it did not hit the aircraft’.

Thanks to the pilot’s self-control, the Boeing 737 – believed to have been a Jet2 flight from Menorca – landed safely after the close call on the afternoon of September 13 this year. 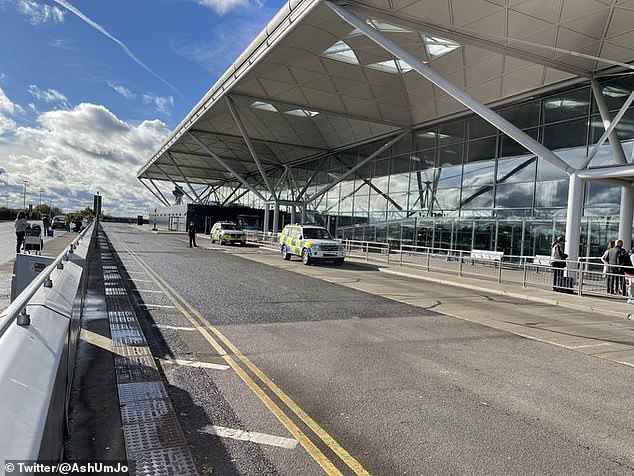 The incident happened as the Jet2 plane prepared to land at Stansted Airport, carrying up to 189 passengers from Menorca

Investigators rated it as a highest possible Category A incident where there was a serious risk of collision.

The near miss happened about three miles north west of Harlow, Essex, when the plane was just about to turn to make its final approach to the runway at Stansted.

The suspected drone was being flown at nearly seven times the normal legally permitted height of 400ft.

The pilot of the plane said in his report how he was preparing to land ‘when suddenly a white object believed to be a drone appeared and narrowly avoided hitting the aircraft to the left-hand side of the nose cone.’

He added: ‘It managed to pass without hitting the aircraft. The whole event happened too quickly for any avoiding action to be taken.’

The pilot stated that the risks of a collision were ‘high’ and reported that the device was being flown at exactly the same height of the plane and was just 6ft away horizontally.

Air traffic controllers informed other approaching aircraft that the drone had been reported, but it was not seen again.

Investigators said they were ‘unable to determine the nature of the unknown object’, despite the pilot reporting that it was a drone. 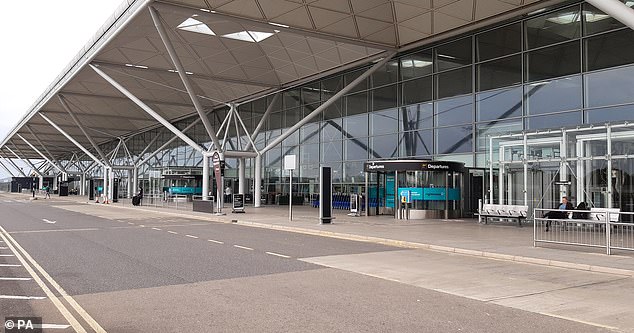 They concluded: ‘The Board considered that the pilot’s overall account of the incident portrayed a situation where providence had played a major part in the incident and/or a definite risk of collision had existed.’

It is believed that the operator of the suspected drone was never found.

But they could have been jailed for up to five years if they had been caught and convicted of endangering an aircraft.

Experts have warned repeatedly in recent years of the danger of a drone smashing the cockpit window of an airliner or causing potentially catastrophic damage to an aircraft engine.

It is thought that some rogue drone operators deliberately fly close to flight paths near airports so they can use cameras on their devices to get dramatic footage of passing airliners.

Jet2 has not responded to a request for comment.