When self-confessed politics junkie Judith Crotty couldn’t find Subimperial Power: Australia in the International Arena at her local library, she turned to the magic of inter-library loans. She had a copy within a couple of days.

But the popular service that ferries more than 500,000 library items around the state each year has been temporarily shelved. 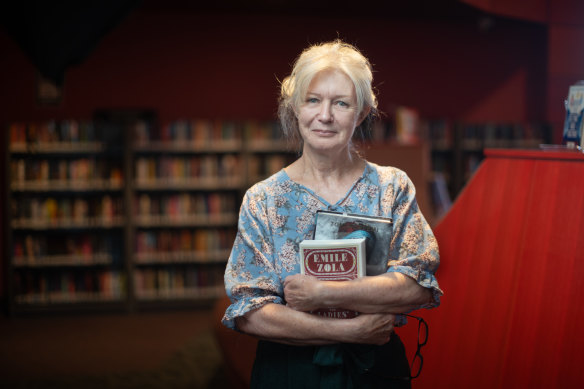 Judith Crotty is unhappy that the inter-library loan service has been suspended.Credit:Simon Schluter

The contract with the public library system’s courier company, which cost about $320,000 per year, has expired. Public Libraries Victoria says the cost of the replacement service, which has fallen to a panel of contractors, is “between 300 per cent and 720 per cent more expensive”.

This means the new arrangement to simply shuffle books from one branch to another would cost public libraries between $960,000 and $2.3 million per year.

Public Libraries Victoria said it had been left with no choice but to suspend inter-library loans while it figured out a way to cut costs.

“It’s completely unaffordable and unsustainable for us,” said chief executive Dr Angela Savage. “Rather than risk a sort of stop-and-start approach, we’re now trying to lock down the best possible arrangements before we reopen the service.”

So that political page-turner? Today, Crotty, would have to drive more than two hours from her home in Dandenong North to a library in Ballarat. And once she arrived, there’s still the risk that someone will have already borrowed it since select inter-library holding services have also been paused. 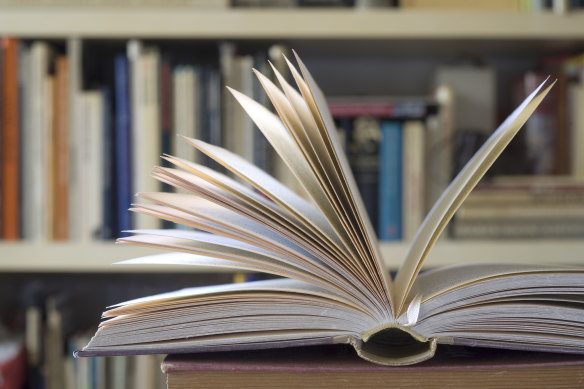 Inter-library loans and holds services are especially popular among those living in regional and remote areas.Credit:Thinkstock

Crotty, who has been diagnosed with cancer and is wary of travelling greater distances due to COVID-19, said the trips to her local library helped to preserve her sanity.

“Even going to Cranbourne or Pakenham, places like that, if they’ve got something my library doesn’t, it’s a hell of a trip,” she said.

The inter-library loans and holds services are especially popular among those living in regional and remote areas, where libraries are few and far between and DVDs are still a hit item as internet services lag.

Vivienne McDonald, a 55-year-old who lives near South Gippsland, said she depended on the inter-library loan service for specialty books on horticulture while she worked on her new property. Without the service, she would have to drive nearly two hours to one of the Casey Cardinia libraries.

“That’s just not feasible. I have a part-time job, and I’m working on my property,” she said. “Through Libraries Victoria, I had a wider pool of titles.”

The contract for the Toll DX Mail courier service that moved loan items around the Libraries Victoria network expired at the end of October, according to the Department of Treasury and Finance.

The $320,000 it cost public libraries was offset by a state government subsidy of about $120,000 per year. The cost also excluded branch-to-branch deliveries made outside the service, by council or library staff.

The state government was unable to find a like-for-like delivery provider for the same price, so it approved a new contract made up of a panel of four suppliers. Each has their own costs, but all are higher than the old system.

Public Libraries Victoria hopes to have a new loan system in place by March or April, Savage said, but it would likely be downsized.

“That might include restricting requests to books that are six months after the release date,” she said. “It might mean limiting the number of holds you can have at any one time, or taking some of the bulkier items out of circulation.”

It could also be less frequent, she said, with loans being transported weekly instead of daily.

The halt comes as inter-library transfers have been growing in popularity, up 22 per cent between 2020 and 2022.

Savage said it was time for people to consider alternative options like e-books. However, Crotty said the range of e-books available would need to improve before this became a viable alternative.

“It would be OK if there were more intelligent books in the e-library,” she said. “Most of what I’ve seen is just rubbish.“