BOOZY Brits last night hit the town on the hottest day of the year after temperatures soared to over 30C.

Ahead of Freedom Day, tipsy revellers put on their summer glad rags and squeezed in one more night of boozing, filling city centres up and down the country to the brim. 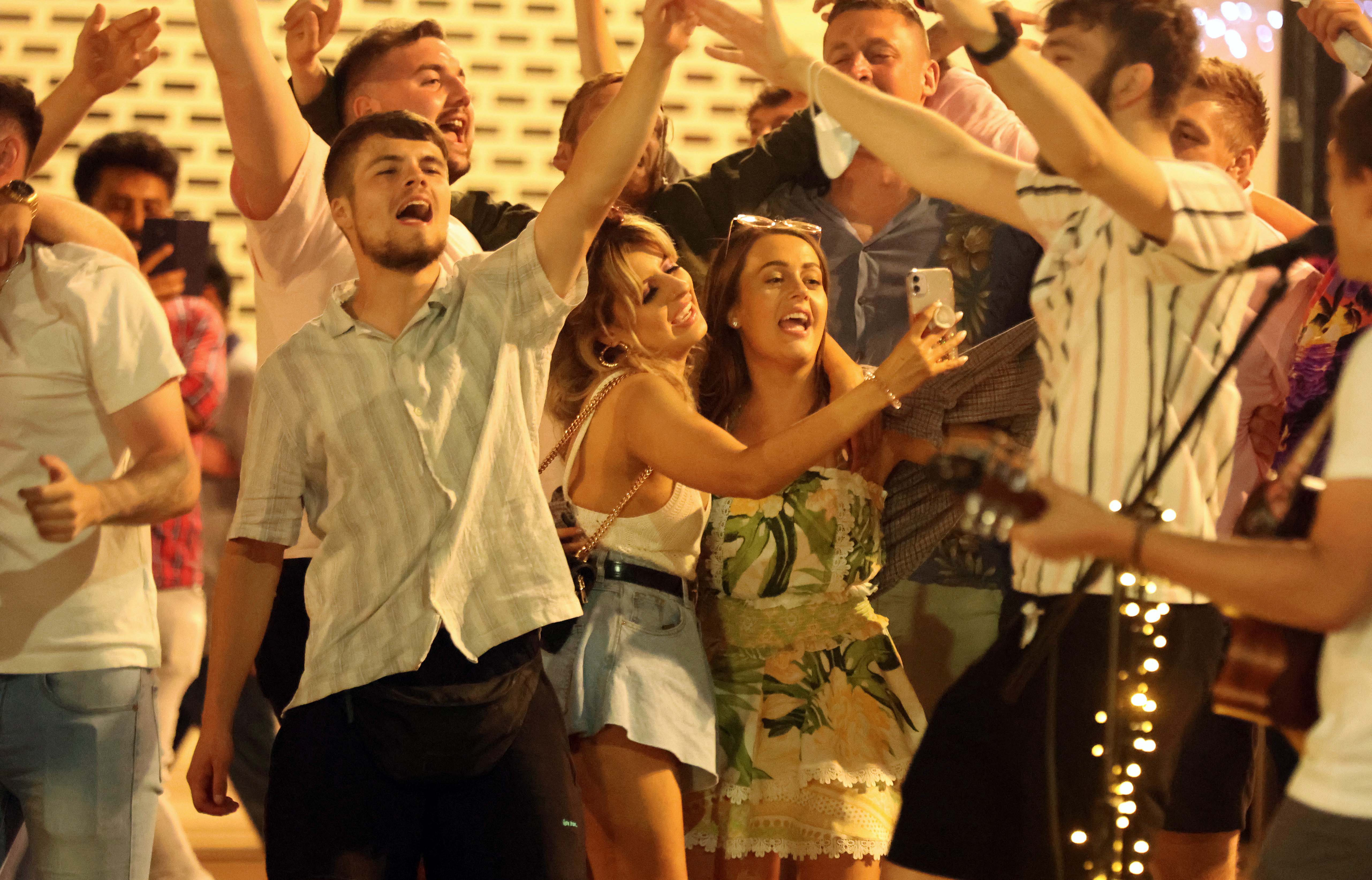 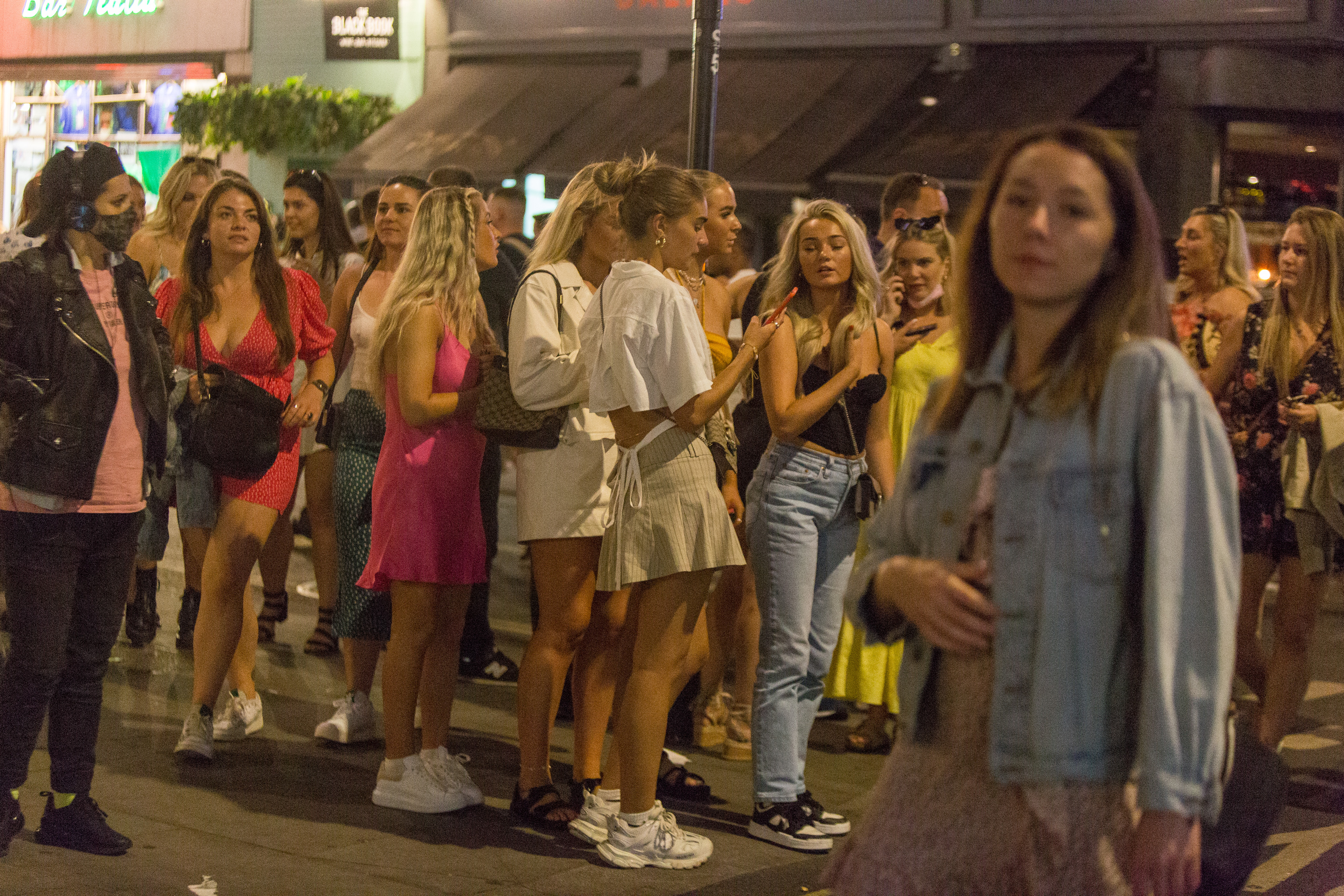 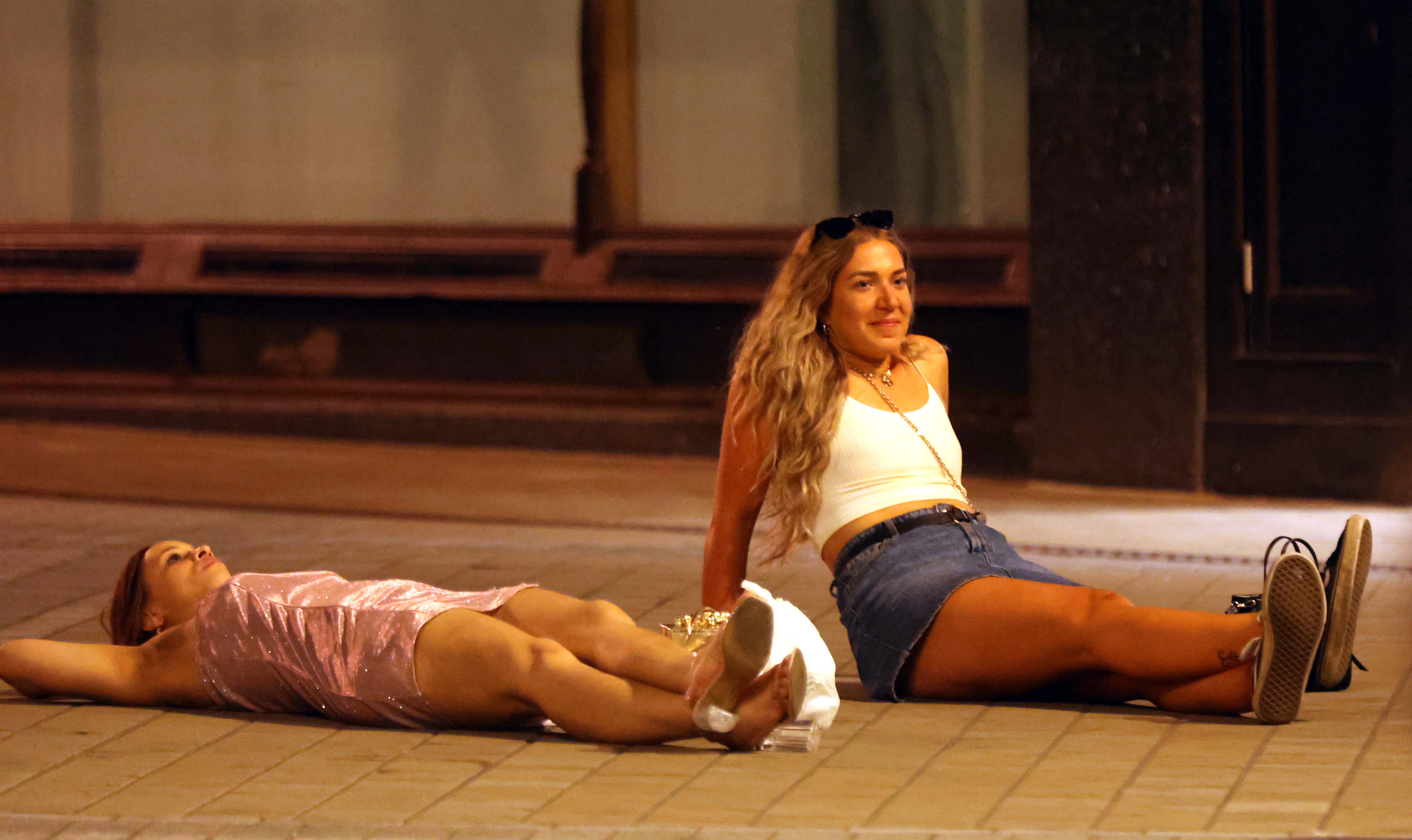 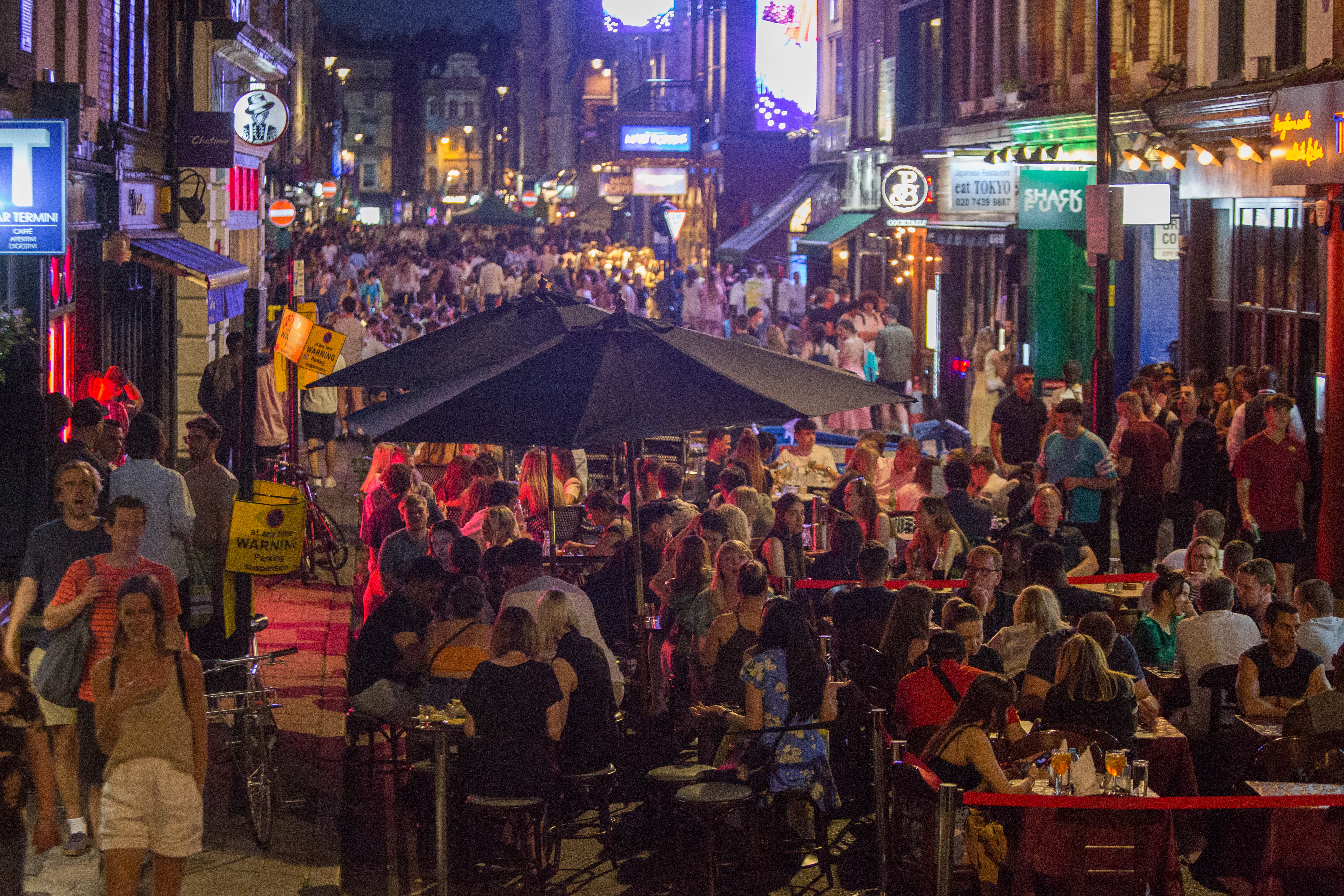 With the sun streaming down, Brits have been taking full advantage of the weekend by packing out pub gardens and lining up the beers at bars.

The arrival of a mini-heatwave sent the mercury rising to a sizzling high of 31.2C yesterday in Ballywatticock, Northern Ireland — the hottest day in the province’s history.

The UK was warmer than the Bahamas and Tenerife.

In England, 30.3C was recorded in Coton In The Elms, Derbyshire, on Saturday, surpassing the 29.7C recorded in south-west London on June 14.

​​There will likely be more than a few sore heads in the morning as crowds of beaming ladies and lads once again went out on the lash – with the streets of Manchester, London and Leeds swarming with punters.

In Manchester crowds flooded out onto the streets as bars and pubs closed up for the night.

With temperatures still in the mid-twenties throughout the night, punters made the most of the heat by enjoying their post-night-out takeaway outdoors. 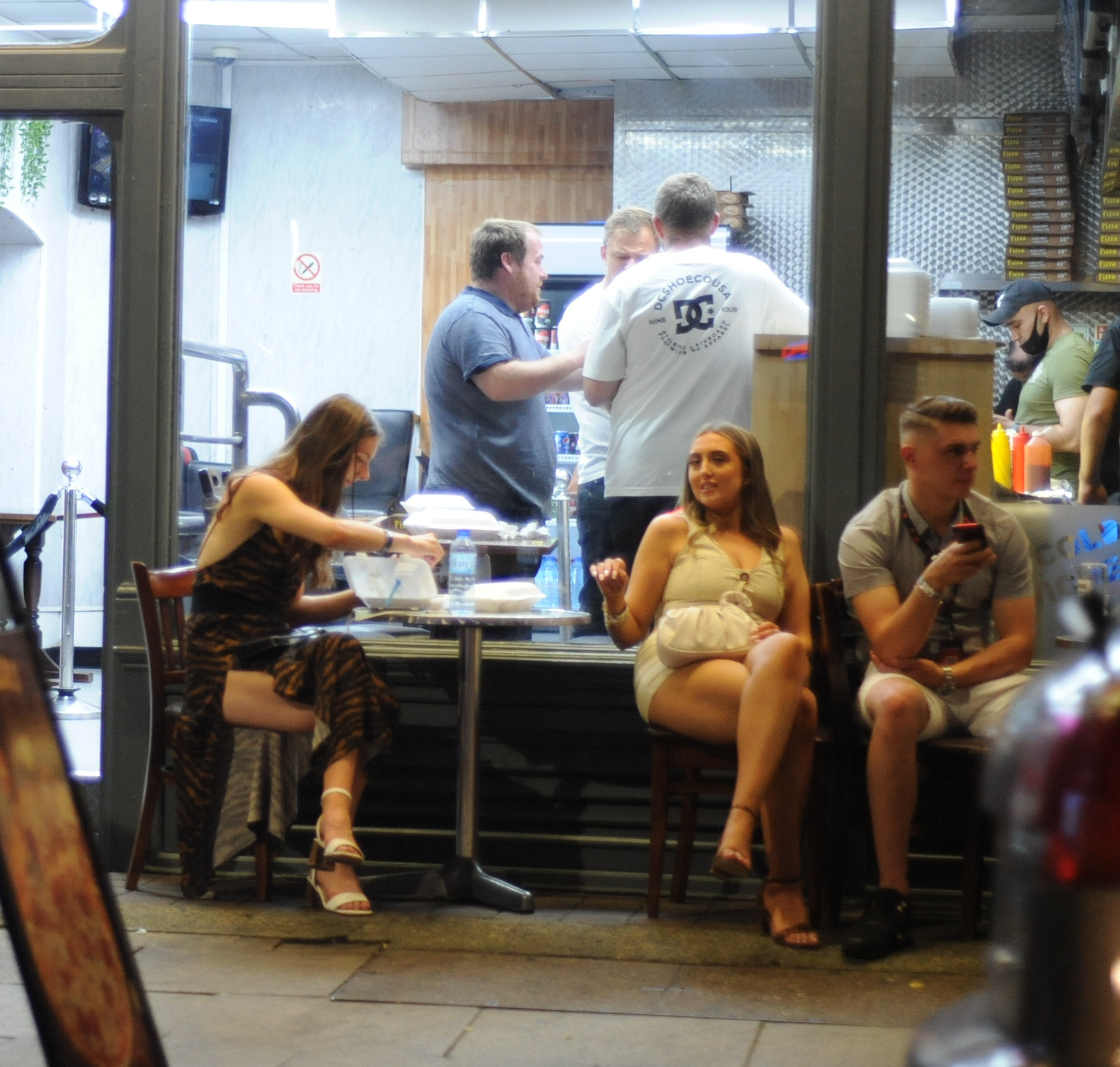 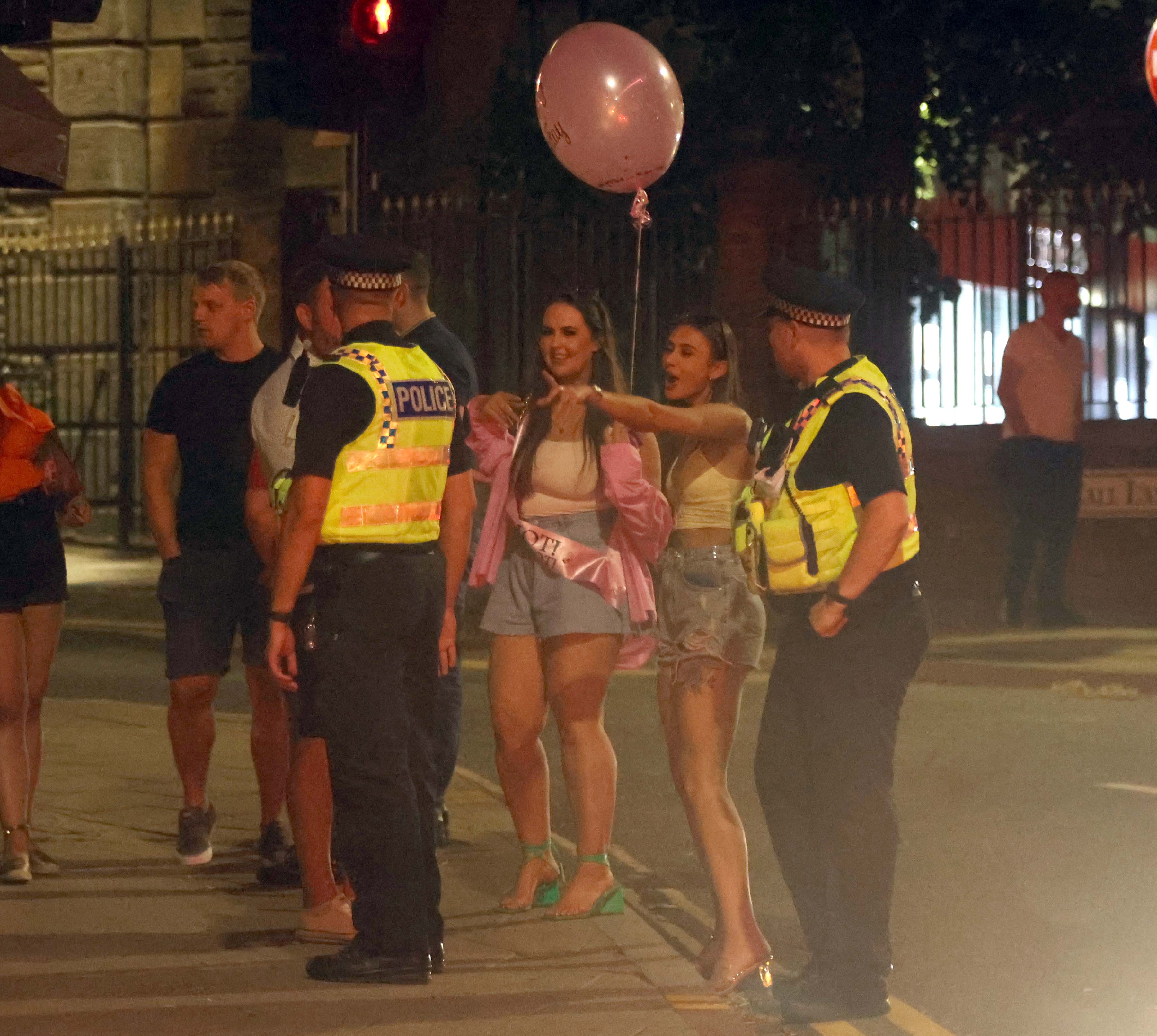 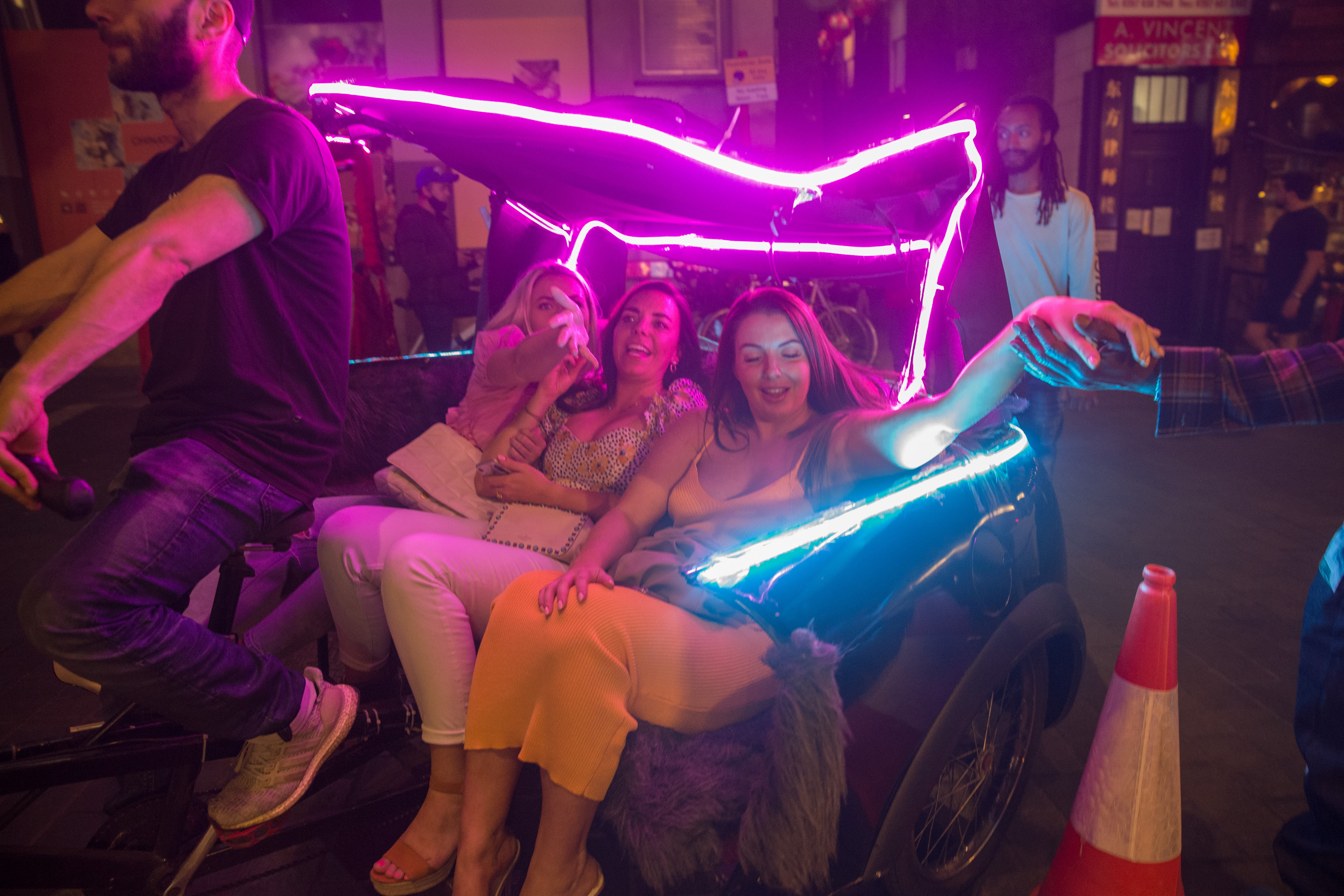 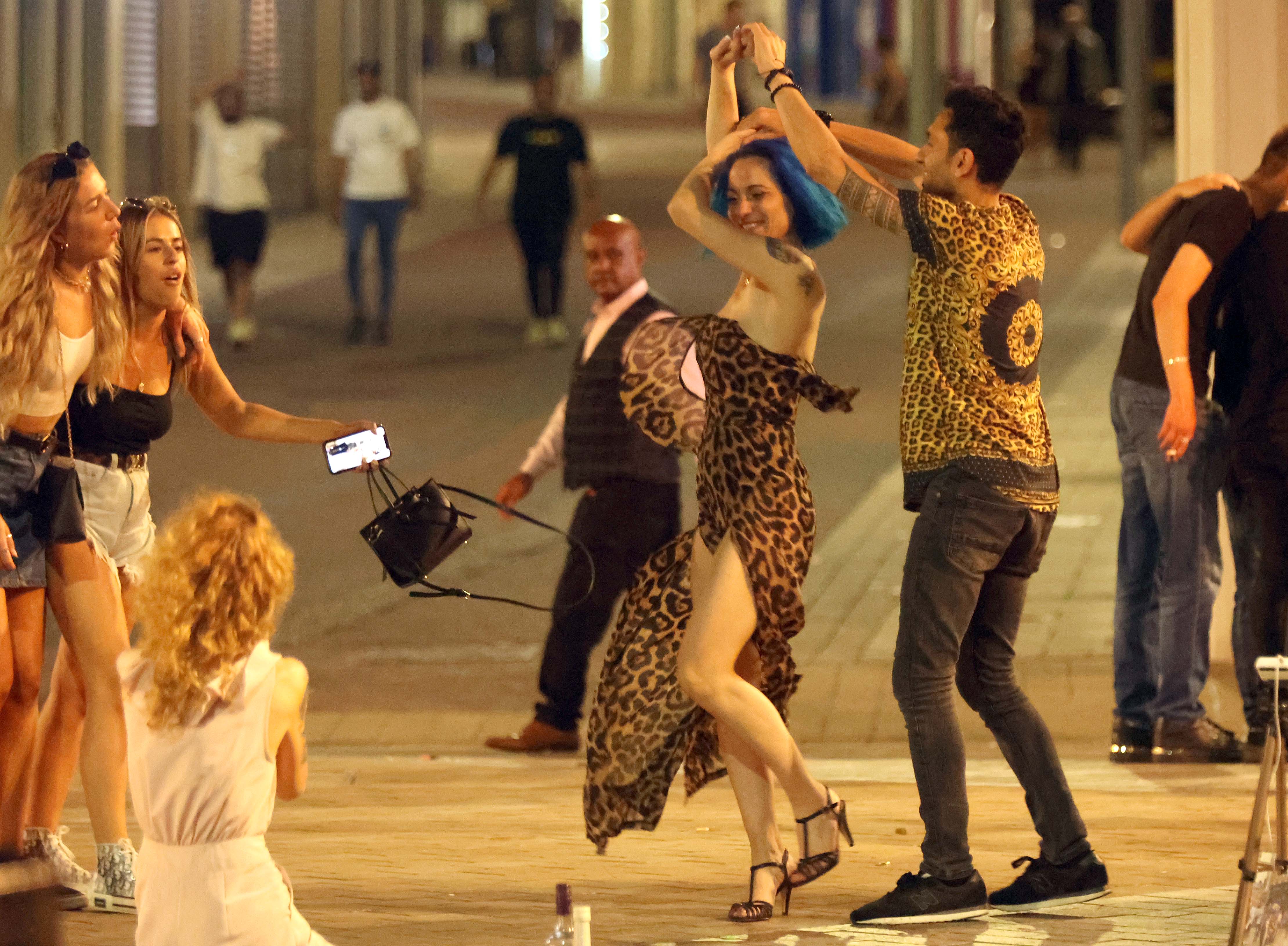 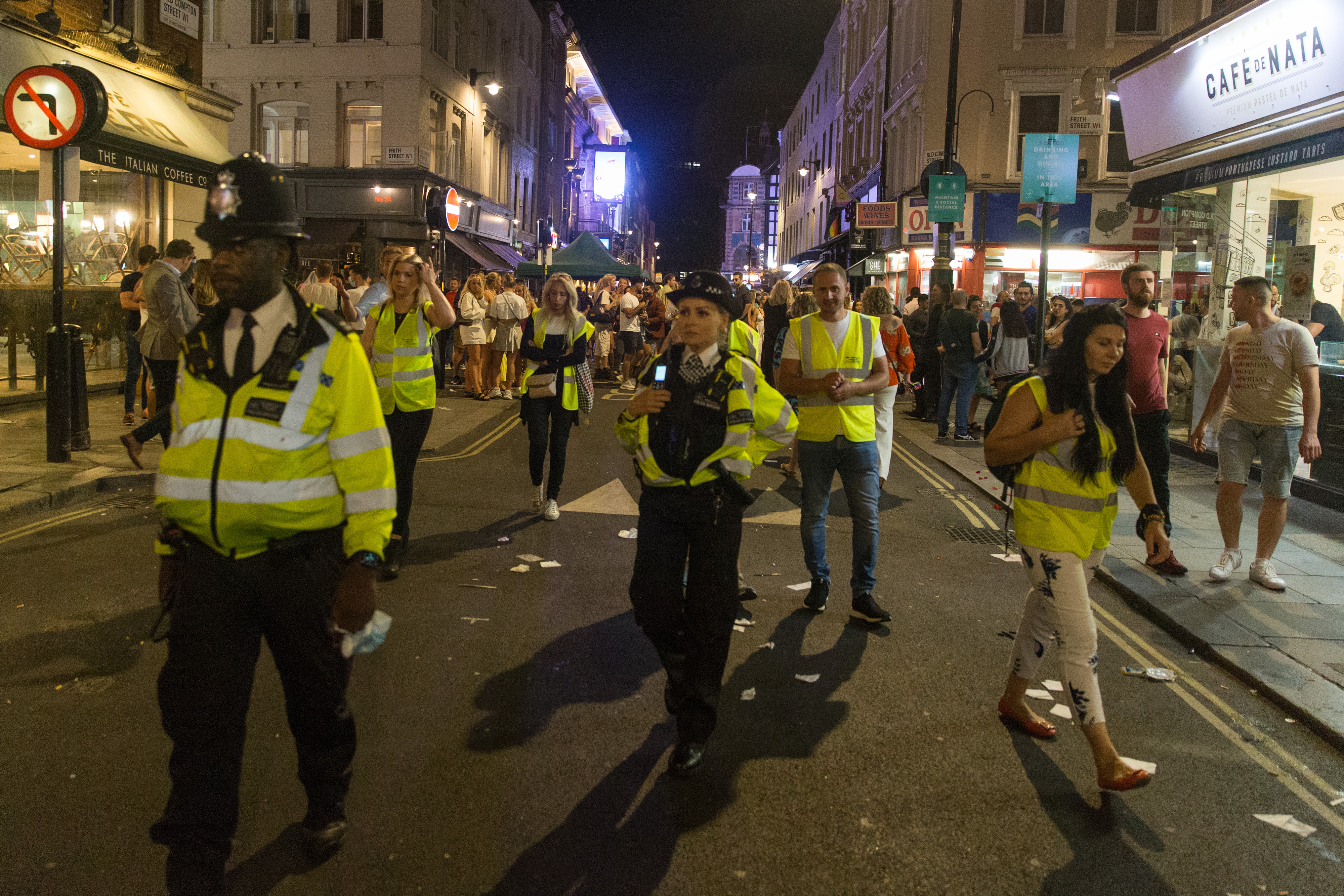 Some revellers looked worse for wear as they squeezed in one final night out before Freedom day – with many women stripping off their high heels and opting to run around the street barefoot.

In Leeds the party didn’t end when the pubs shut – as boozy Brits took the party to the streets.

Drinkers crowded around buskers and danced and sung their hearts out into the early hours.

One hen party was seen joking and laughing with police as they watched revellers gather together at the music.

But once again some punters took the drinking too far with several young men seen slumped against closed shop fronts.

In London drinkers took advantage of Soho bar’s outside areas – packing in to enjoy food, wine and boozy cocktails.

Cops patrolled the streets after the bars shut with thousands of revellers not wanting the party to end. 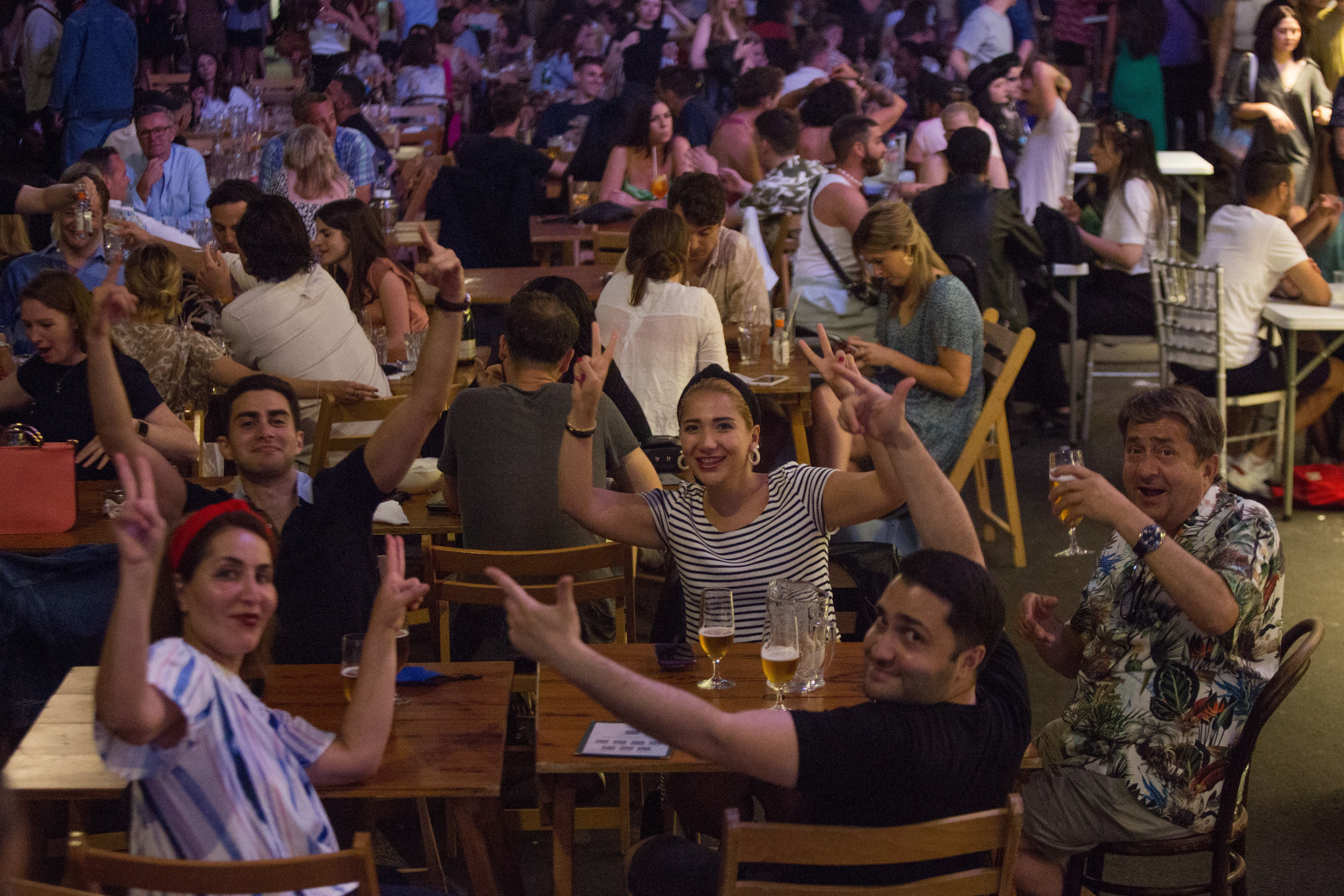 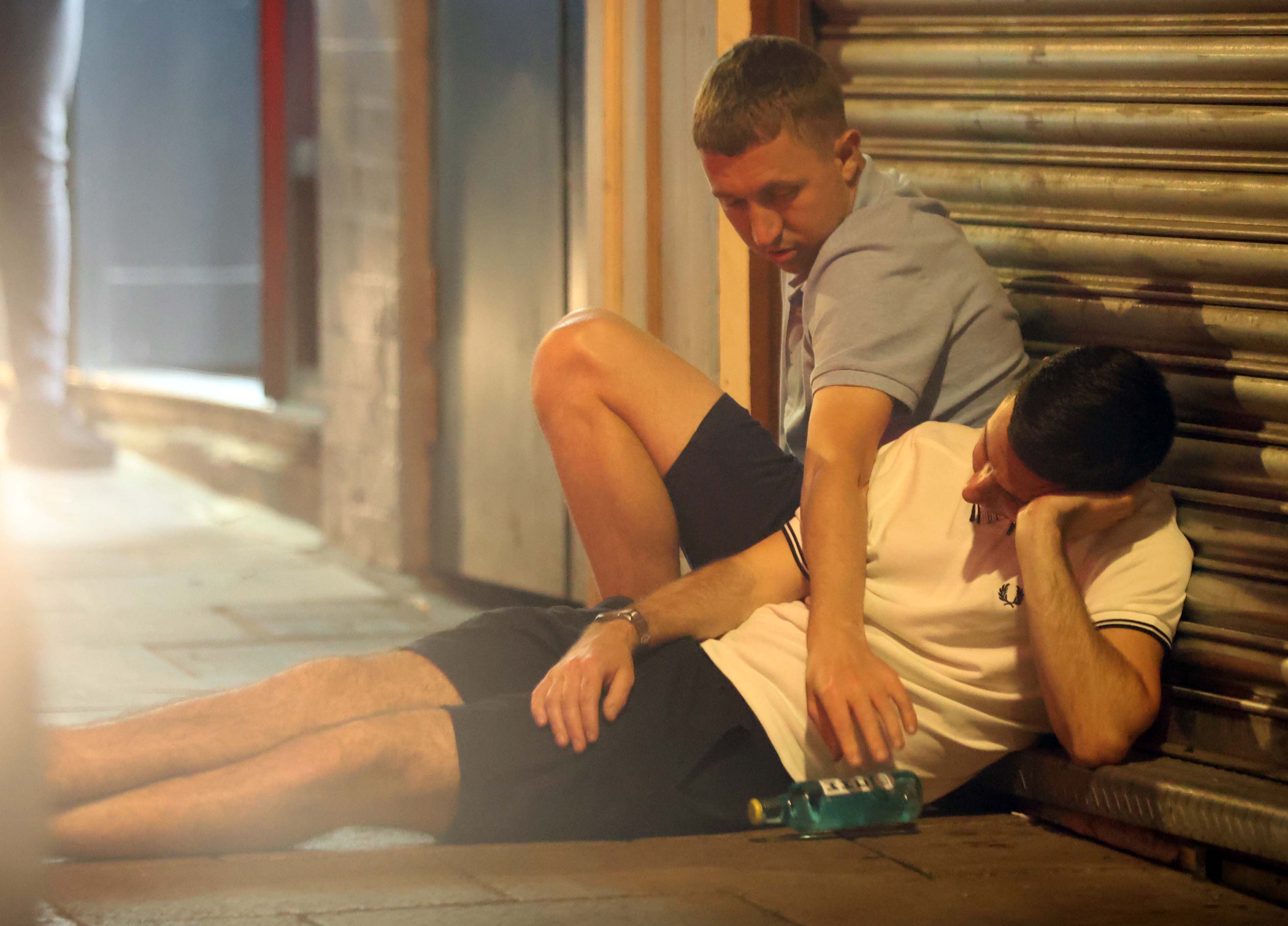 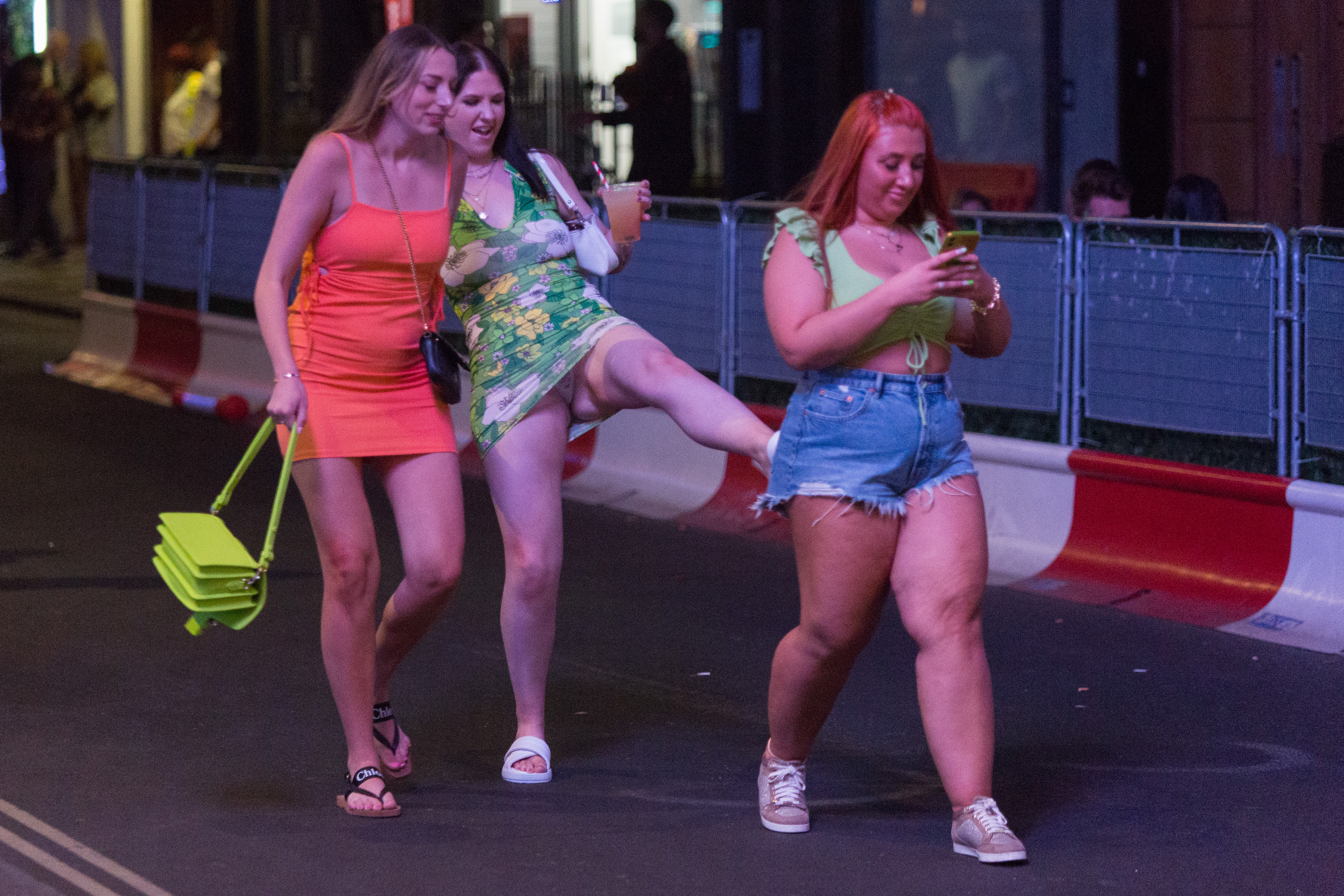 The wearing of face masks is no longer expected to be compulsory in certain spaces, and laws will be replaced with advice for wearing them.

​​The Rule of Six will be scrapped for gatherings – and nightclubs, along with dance halls and discotheques, are finally set to reopen.

The venues have been shut for more than a year now under restrictions aimed at curbing the spread of the coronavirus.

And that’s not the only good news, as the hot weather is set to continue with sun-starved Brits set to sizzle in 32C temperatures today.

London and the South East will see temperatures of around 31C today.

And, for a change, the fabulous weather is being shared across the country.

The Midlands and Yorkshire are among the hottest places today – before the warmth moves south.

Meanwhile, Monday is expected to see the highest temperatures shift to the West Country.