FURIOUS Boris Johnson today hit back at Dominic Cummings and said his bombshell claims of incompetence don't "bear any relation to reality".

The PM brushed aside criticisms of his leadership from his ex chief adviser and insisted he did everything possible to "save life" during the pandemic. 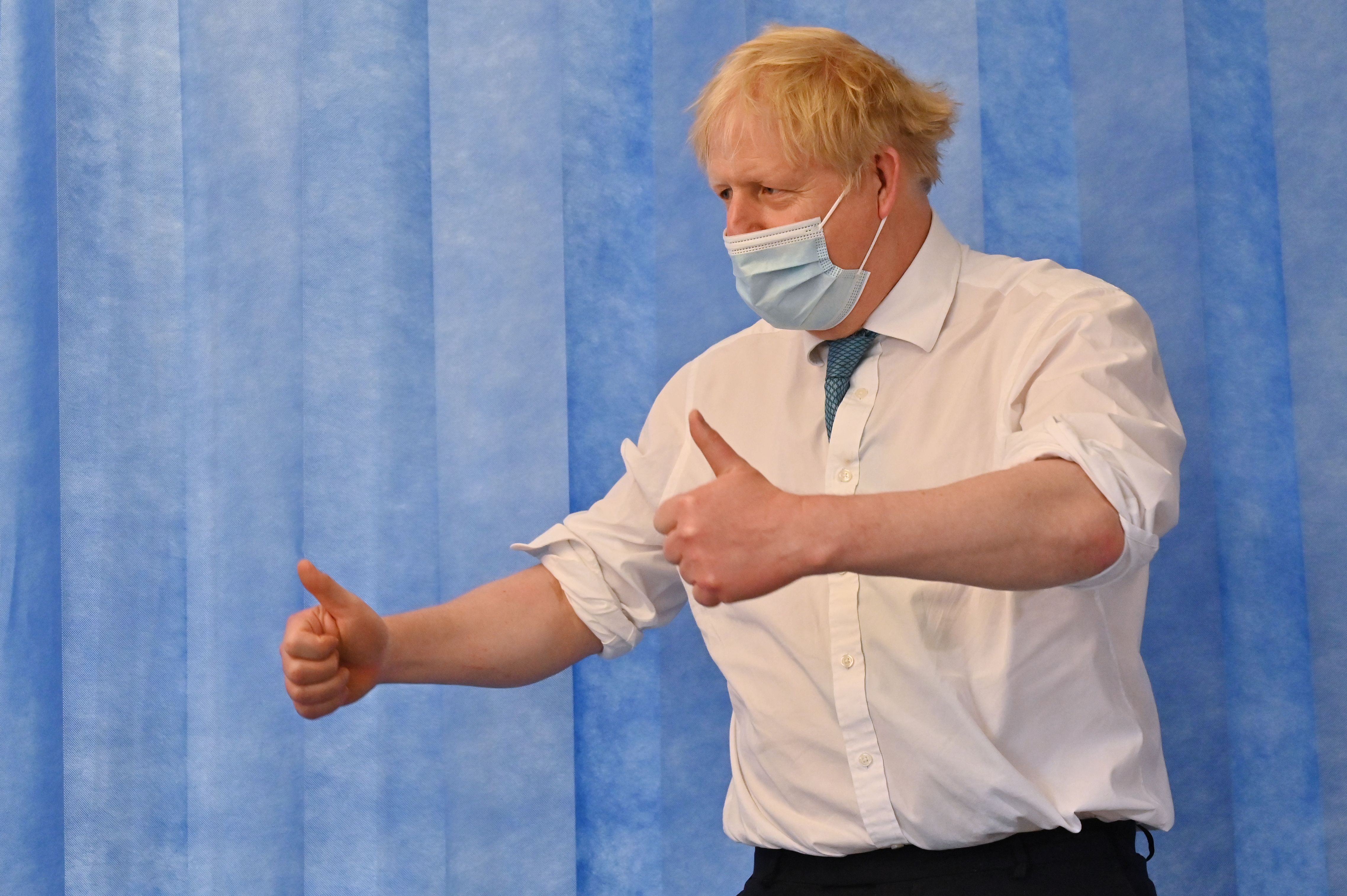 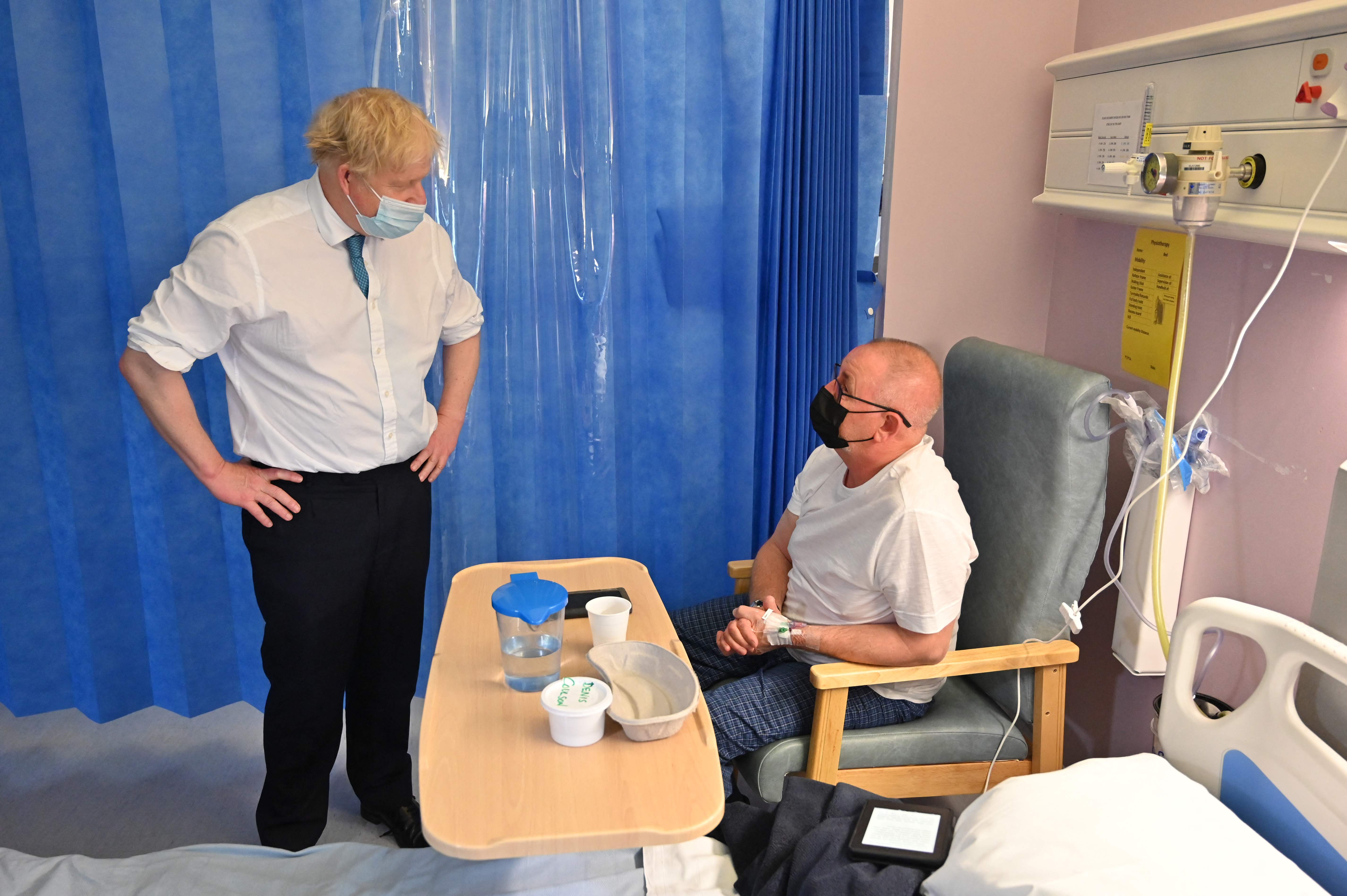 During a visit to a hospital in Essex he denied Mr Cummings' claims that his choices had led to tens of thousands of needless deaths.

Asked if they were true, he said: "No, I don't think so. This has been an incredibly difficult series of decisions, none of which have been taken lightly.

"You've got to recognise, and I hope people do understand this, that when you go into a lockdown it's a very, very painful and traumatic thing for people.

"For people's mental health, for their lives and their livelihoods, and of course you've got to set that against the horrors of the pandemic and of Covid.

"And at every stage we've been governed by a determination to protect life, to save life, to ensure our NHS isn't overwhelmed and we've followed to the best we can the data and the guidance that we've had.

"What we're doing now is still following the data, still looking very carefully at where we're going, looking at what's happening with the new variants."

Asked about his ex adviser's claims he isn't fit to be PM, Boris replied: "I think that it is important for us to focus on what really matters to the people of this country.

“Some of the commentary I have heard doesn’t bear any relation to reality.

“What people want us to get on with is delivering the roadmap and trying cautiously to take our country forward through what has been one of the most difficult periods anybody can remember post War.”

He admitted that "what happened with care homes was tragic" but said the Government "did everything we could to protect" them based on the information available at the time.

And he also ducked a question about whether he has full confidence in Matt Hancock.

Boris' broadside came after an emotional Mr Hancock defended the Government's handling of the pandemic.

The Health Secretary looked emotional as he hit back at Mr Cummings' explosive evidence in the Commons this morning.

During a bombshell hearing the former No 10 guru accused Mr Hancock of being a serial liar and said he should've been sacked at least 15 times.

He also said the Health Secretary had endangered the response to the pandemic by becoming obsessed with hitting "stupid" testing targets. 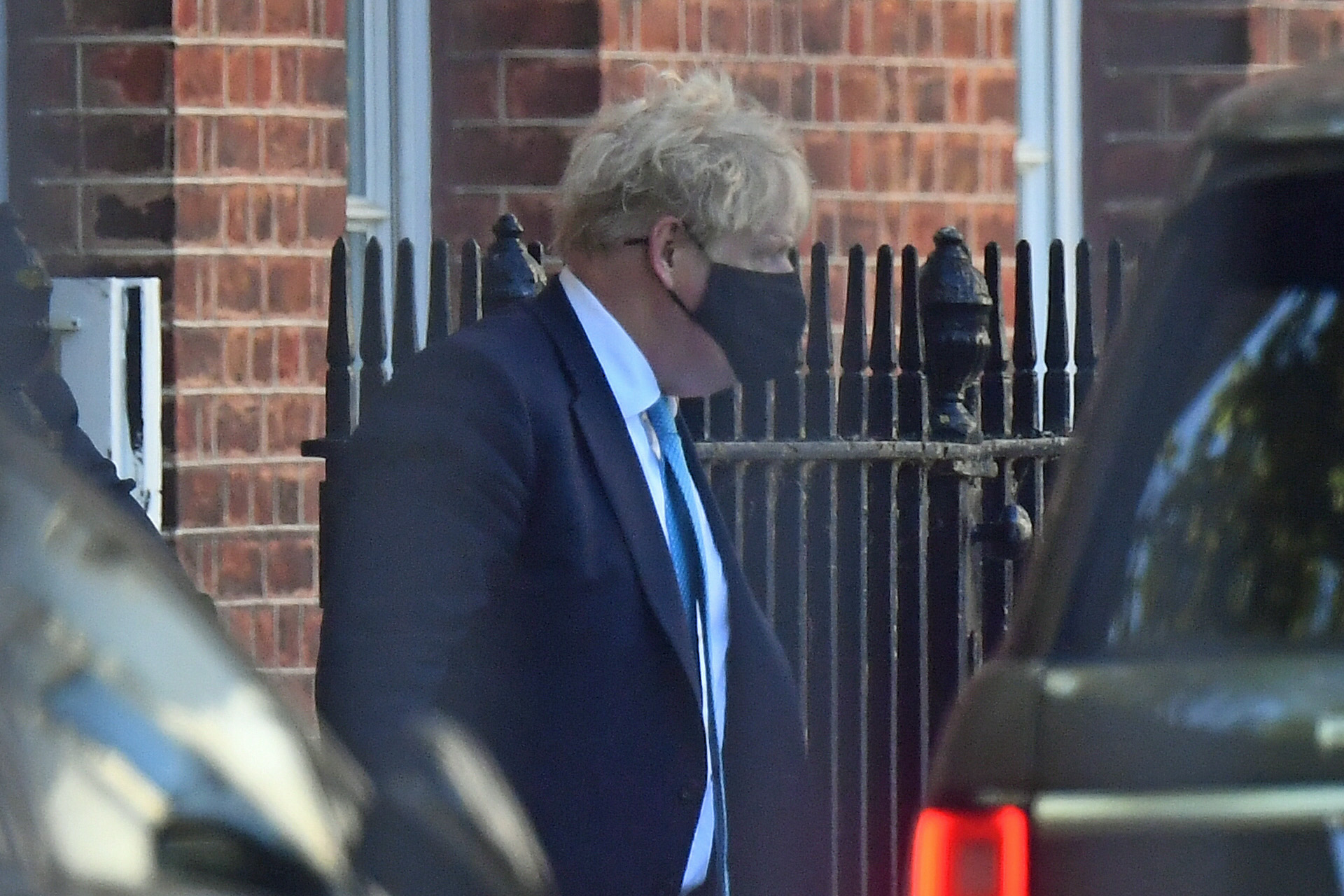 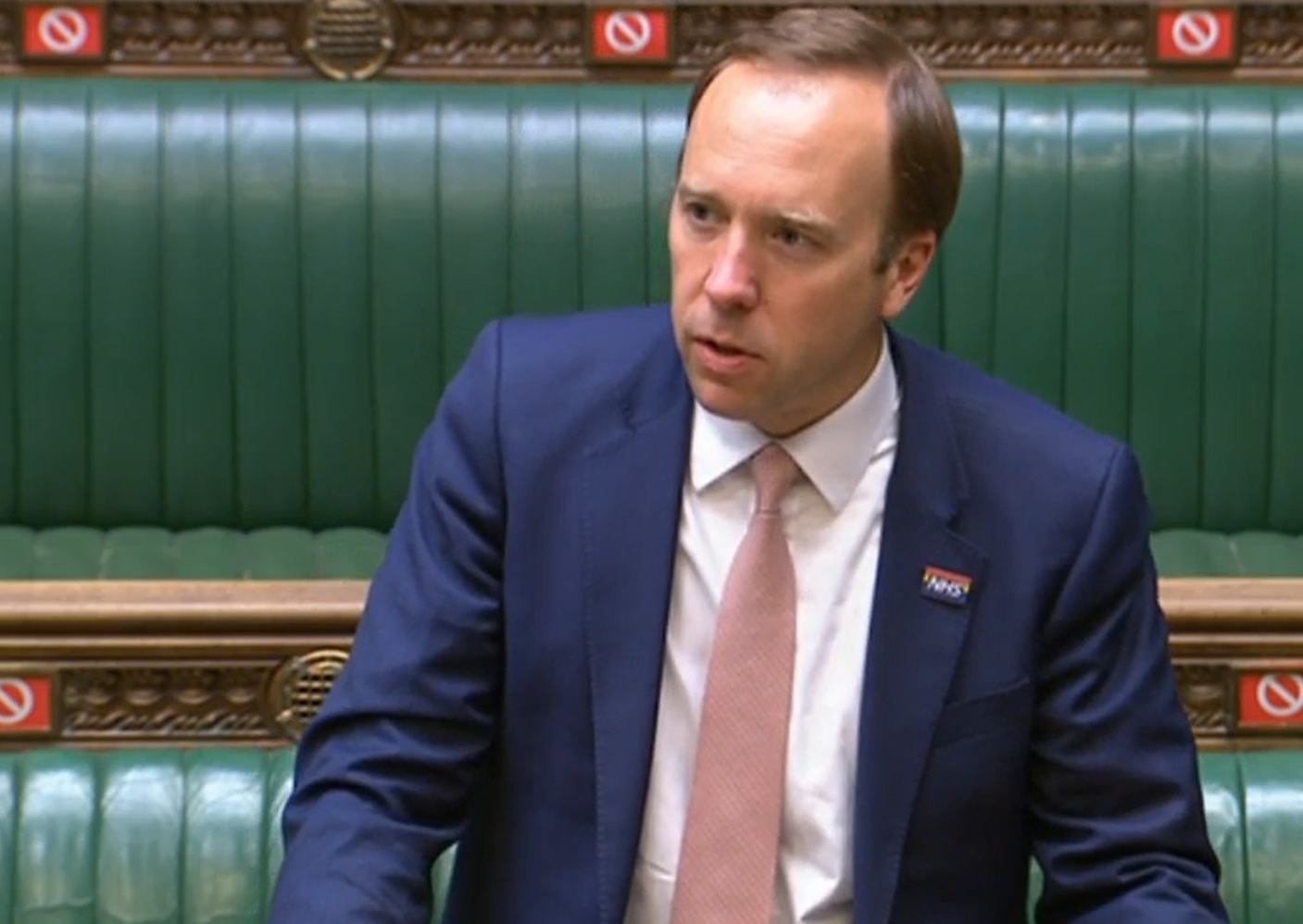 But Mr Hancock said: "These unsubstantiated allegations around honesty are not true. I've been straight with people in public and in private throughout.

"Every day since I began working on the response to this pandemic I've got up each morning and asked: 'What must I do to protect life?'

"We've taken an approach of openness, transparency and explanation of both what we know and of what we don't know."

He told MPs: "What we've done to handle this coronavirus pandemic has been unprecedented in modern times.

"Throughout, we have been straight with people and straight with this House about the challenges that we as a nation face together.

"The nation, in my view, has risen to these challenges.

"Of course there were unprecedented difficulties that come with preparation for an unprecedented event. But this pandemic isn't over yet.

"Yesterday we saw 3,180 new cases of coronavirus, the highest since April 12.

"But thanks to the pawer of vaccination, in which I have always believed, the link from cases to hospitalisations and to deaths is being severed."

Mr Hancock will also appear at a No 10 press conference at 5pm where he is expected to launch another impassioned defence of his performance.

In explosive testimony yesterday Mr Cummings claimed the Health Secretary was to blame for sending infected Covid patients back into care homes.

And he also directly attacked the PM, saying it was "crackers" that he was in charge of the response to the pandemic. 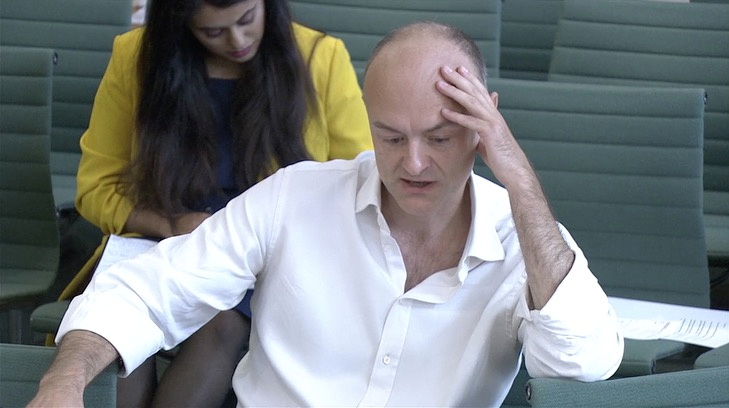 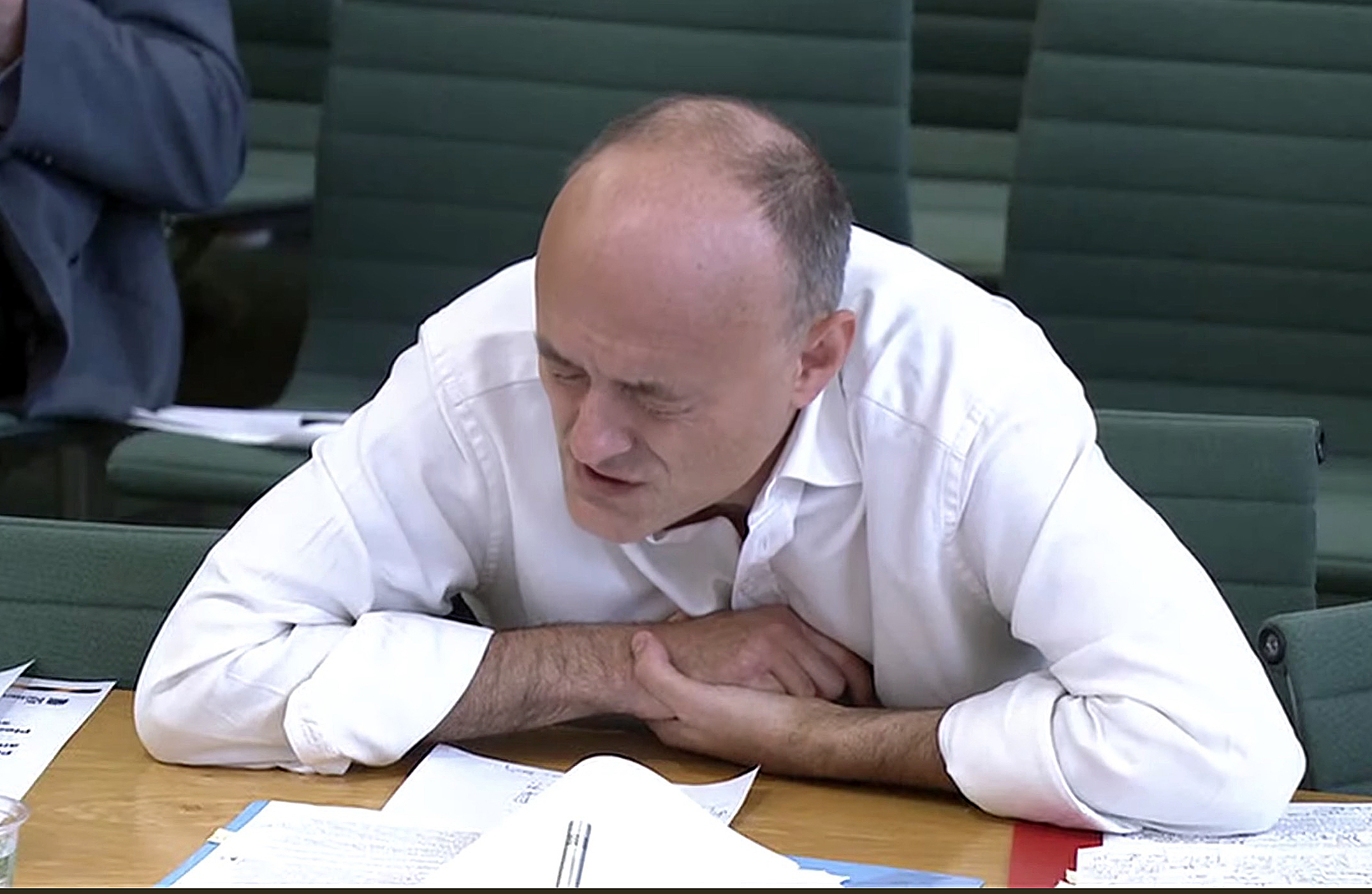 The ex No 10 guru claimed Boris was "unfit for the job" and that tens of thousands died needlessly on his watch.

He said the pair's relationship took a "terrible dive" over how the PM handled the crisis.

And he even claimed Boris embraced the chaos enveloping Downing St because it made him seem more in charge.

Mr Cummings told MPs: "The Prime Minister knew I blamed him for the whole situation and I did.

"I said to the PM 'you are more frightened of me having the power to stop the chaos than of the chaos. You've got to remove Hancock, you won't'.

"He laughed and said 'chaos isn't that bad – chaos means everyone has to look to me to see who is in charge'."

But the ex No 10 adviser reserved his most vicious barbs for Mr Hancock who he repeatedly lobbied to be sacked.

He said the Health Secretary should have been fired at least 15 times for lying and incompetence in an extraordinarily personal attack.

And he claimed that Boris Johnson almost kicked him out last April – but ultimately decided not to.

He said at the start of the outbreak last year the Department of Health was a "smoking ruin" and had "no plan" for how to shield the vulnerable.

He added: "There's no doubt at all that many senior people performed far, far disastrously below the standards which the country has a right to expect.

"I think that the Secretary of State for Health is certainly one of those people.

"I said repeatedly to the Prime Minister that he should be fired. So did the Cabinet Secretary, so did many other senior people.

"There is no doubt that many senior people were just terrible."

at, back, Boris, Do, fires, Johnson
You may also like: