Boris Johnson shamed into wearing a mask during Covid by officials

Boris Johnson became an unwitting victim of his own in-house psychological operations team during the pandemic when it used its powers to get him to wear a mask.

The head of No10’s Behavioural Insights Team, known as the ‘Nudge Unit’, has told how it subliminally shamed the former prime minister into covering his face by showing him comparable world leaders doing so.

Mr Johnson was notoriously reluctant to follow Covid rules designed to reduce the spread of the infection, especially at the start of the pandemic in 2020.

But Professor David Halpern revealed they used their coercive skills to get him to follow his own rules.

The nudge unit was involved in much of the government’s messaging during the pandemic, including the including the ‘Hands, Face, Space’ and ‘Stay home-Protect the NHS’ slogans.

Speaking to the Reckitt Global Hygiene Institute, Prof Halpern said: ‘We did share with him a slide pack at one point. It had a series of images of pretty much every single world leader wearing a mask, and then a picture with him not’.

He added that this has the effect of showing that ‘a normal thing for a world leader to do right now is wear a mask’. 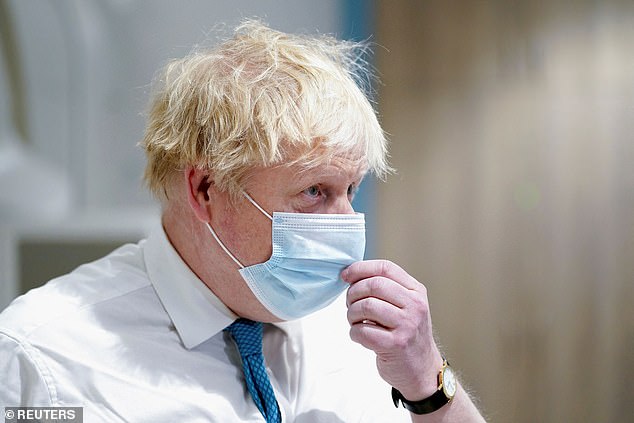 Mr Johnson was notoriously reluctant to follow Covid rules designed to reduce the spread of the infection, especially at the start of the pandemic in 2020. 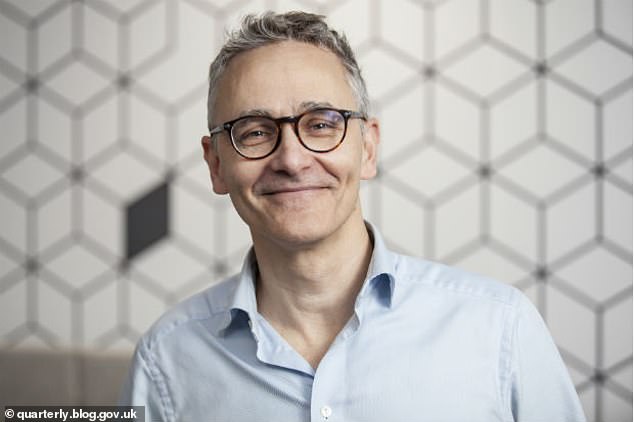 But Professor David Halpern revealed they used their coercive skills to get him to follow his own rules.

The nudge unit was launched under David Cameron’s government and is credited with positively influencing behaviour with tiny changes without introducing legislation.

Its previous successes included boosting diversity in the policeforce, helping the Job Centre get more people off benefits and increasing the number of organ donors.

But earlier this year its co-founder accused the Government of using scare tactics to get people to follow Covid rules during the pandemic.

Behavioural scientist Simon Ruda suggested there had been an overemphasis on modelling and data that he warned was ‘propagandistic’.

In his own interview, first reported by the Telegraph today, Prof Halpern also said he believes behavioural ‘scaffolding’ can be erected to increase the use of masks in Britain.

Noting how widespread they are in south east Asian nations, he said:  ‘You try and create some cues which remind people. Eventually, as it starts to become a habit, it becomes more automatic, then you can take away the scaffolding. It’s like a little booster shot for your vaccination.’

Mr Johnson’s mask wearing habits hit the headlines in November 2021 when he apologised for failing to cover up during a visit to a hospital.

He insisted he broke the rules for ‘barely 30 seconds’ after he was photographed without a face covering during a trip to Hexham General Hospital.

He initially insisted that he wears a mask wherever he is required to under coronavirus guidance as he declined to apologise.

But days later he said sorry as he was grilled by Parliament’s powerful Liaison Committee.