Boris’s ‘rocket fuel’ Queen’s Speech for the Blue Wall: PM will heap pressure on stricken Keir Starmer with moves to ‘level up’ jobs and investment in former Labour heartlands

Boris Johnson will heap pressure on stricken Keir Starmer today with a Queen’s Speech aiming to ‘level up’ jobs and investment in former Labour heartlands.

The PM will move to cement his new ‘Blue Wall’ vowing people will no longer have to move to London for decent work, and boosting education opportunities for those who have not been to university.

Speaking ahead of the monarch laying out the legislative programme, the Prime Minister revealed plans for legislation that will give every adult the right to access cheap, flexible loans to fund college courses and training later in life.

A ‘lifetime skills guarantee’ will be enshrined in law to enable anyone to upgrade their qualifications, regardless of their background.

It is among a range of measures doubling down on the agenda that helped the Tories storm more of Labour’s former heartlands in the Midlands and the North last week.

However, the government is already facing criticism over the lack of action on social care provision – something Mr Johnson has promised to fix. 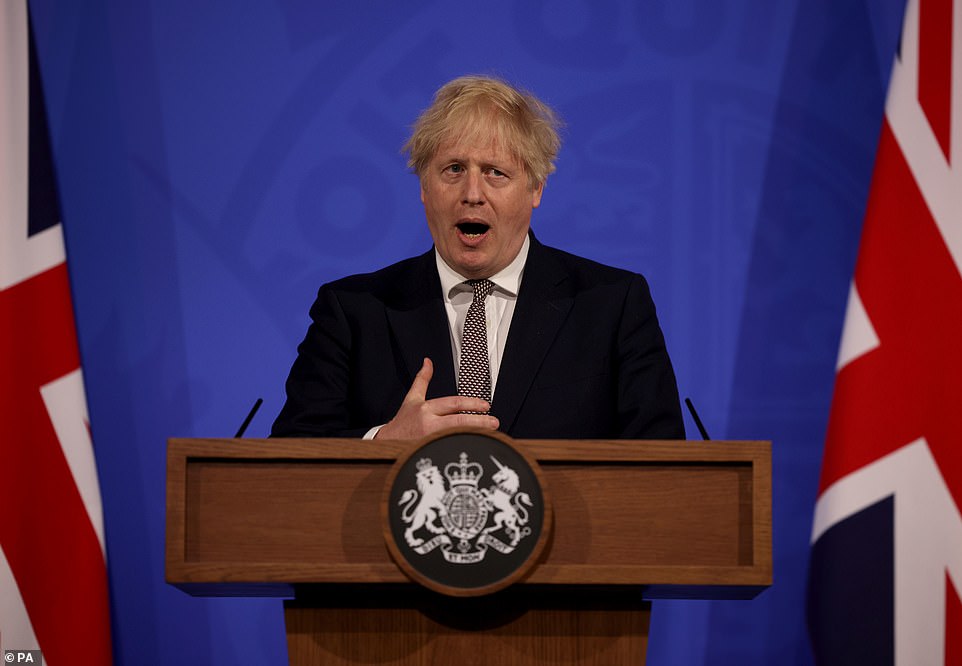 Boris Johnson vowed last night to inject ‘rocket fuel’ into his pledge to level up Britain, with the introduction of new laws to boost education opportunities for those who have not been to university 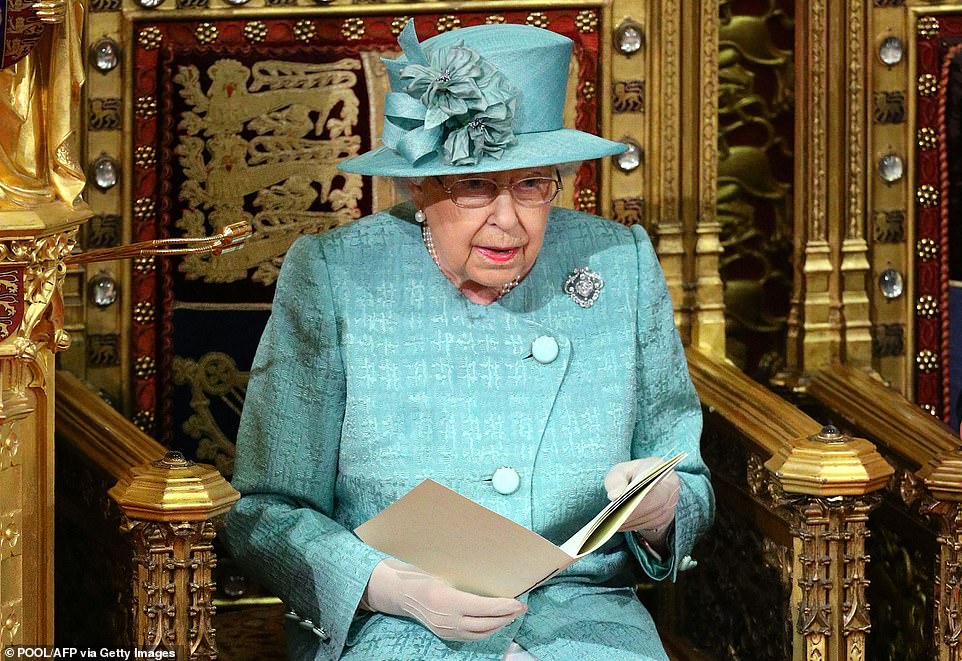 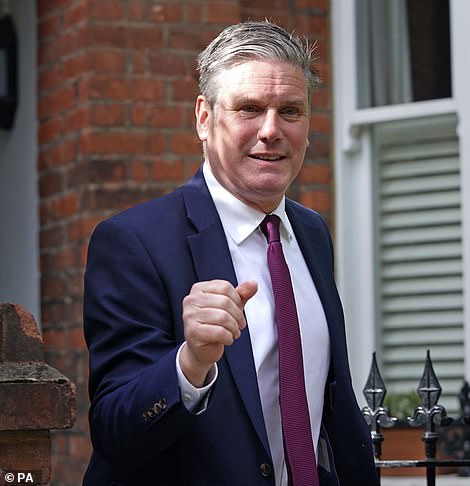 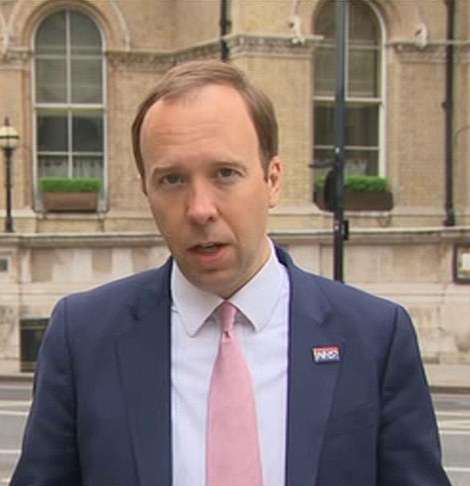 Mr Johnson is trying to turn the screw on Keir Starmer (left) after local elections, but in interviews this morning Matt Hancock (right) had to fend off questions about the lack of action on social care

Others include reforms to state aid to make it easier for the Government to subsidise industries facing unfair competition, new light-touch freeports and a shake-up of the planning regime to accelerate the rollout of new housing and infrastructure.

In a round of interviews this morning, Health Secretary Matt Hancock said the Speech will be ‘jam-packed’ with measures to ‘level up’ the country and deliver on the Government’s promise.

He insisted the Government remained committed to long-term reform of adult social care in England but declined to say when it would publish proposals.

‘We will be bringing forward a long-term plan for reform of social care. As we come out of Covid, so we can return to delivering on those manifesto commitments that we made.

‘We have seen the importance of social care through this crisis. That has strengthened the need for reform, the need for integration with the NHS.’

Mr Hancock told BBC Breakfast: ‘There are a number of significant injustices in the way that social care is organised right now. One is that some people – about one in 10 – have these very, very high costs.

‘It is very hard to know in advance who that is. Making sure that together as a society we can help people with those costs is important.’

He added: ‘We put more money into the system each year. We put an extra billion pounds in last year but I think, as a society, we should really look after people in their older age and it is something that we need to put more and more resources into.’

In a move that raised eyebrows in Westminster, Commons Leader Jacob Rees-Mogg has also confirmed that the programme will also clear the way for a potential early election by scrapping the Fixed-term Parliaments Act.

Repeal of the controversial legislation would allow the PM to order an election at the time of his choosing.

There are also claims that Mr Johnson will act to shorten election campaigns to just four weeks from more than five currently.

Some Tory MPs believe an election could be just two years away and the grassroots Tory website Conservative Home yesterday urged activists to ‘be ready for a general election in the spring of 2023’.

However, ministers played down the prospect of an election before 2024, saying that the pandemic had left the Government behind schedule on delivering its manifesto.

Today’s State Opening of Parliament will lack some of the traditional pomp and ceremony.

Only a number of peers and MPs are likely to be present in person to hear the Queen.

All those attending will have to take Covid tests.

Last night the Prime Minister underlined the importance of the education reforms, which will focus on the 50 per cent of people who do not go to university.

Mr Johnson said: ‘These new laws are the rocket fuel that we need to level up this country and ensure equal opportunities for all.

‘I’m revolutionising the system so we can move past the outdated notion that there is only one route up the career ladder, and ensure that everyone has the opportunity to retrain or upskill at any point in their lives.’

A Government source said the PM believes those who do not go to university had been ‘historically deprived of the chance to find their vocation and develop a fulfilling, well-paid career’.

Under the new Skills and Post-16 Education Bill, set to be published next week, ministers will shake up the student loans system to open it up to all adults seeking higher-level education or training later in life.

Everyone will have access to the equivalent of four years’ worth of student loans, which will be accessible throughout their career.

Employers will also be given a statutory role in planning publicly funded training programmes to try and ensure colleges are teaching the skills needed.

Education Secretary Gavin Williamson will have more powers to intervene in colleges that fail to meet the needs of the local economy.

Today’s Queen’s Speech will contain a wide range of measures to get the Government’s agenda back on track after more than a year spent grappling with the pandemic.

These include plans to tackle the backlog of NHS operations and cancer treatments and a new law setting ambitious targets for cutting carbon emissions.

However, ministers are facing a backlash over plans to make it compulsory for voters to prove their identity at the polling station.

Former Tory cabinet minister David Davis said it was an ‘illiberal solution for a non-existent problem’.

Mr Johnson last night dismissed the criticism as ‘complete nonsense’, saying it was ‘not unreasonable’ to ask people to show ID to help cut voter fraud. 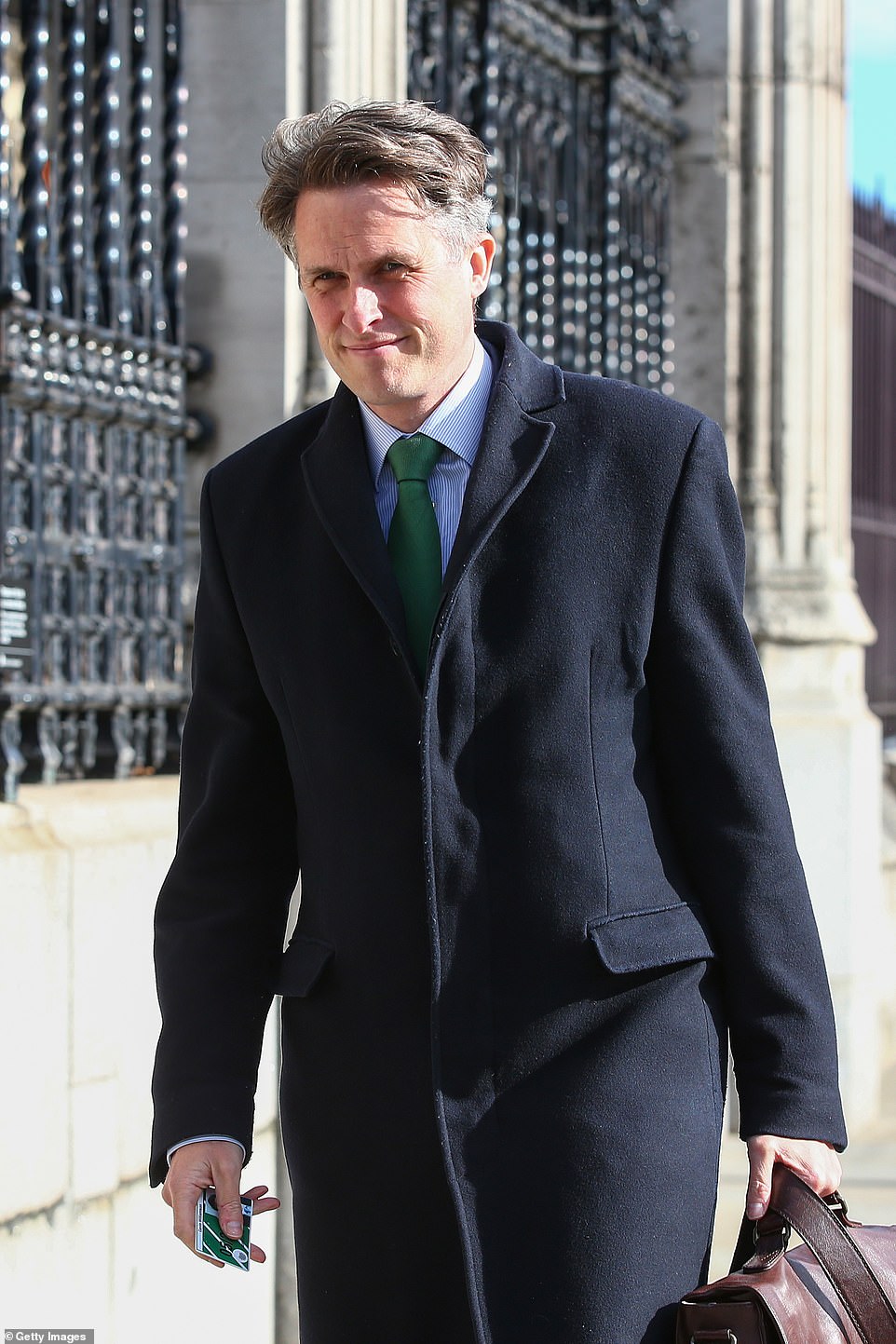