Brazilian cops hunt for career criminal, 32, who broke into a farm and killed family-of-four before going on a week-long crime spree 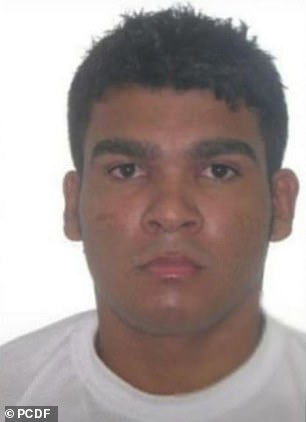 Lázaro Barbosa, 32, is wanted for breaking into a farm home in the Federal District town of Ceilândia on June 9, and killing a family-of-four

Brazilian authorities are searching for a career criminal who allegedly broke into a farm and killed a family-of-four.

Lázaro Barbosa, 32, allegedly attempted to rob a farm home in the Federal District town of Ceilândia on Wednesday, June 9, but shot and stabbed Cláudio Vidal, 48, and his two sons, Gustavo Vidal, 21, and Carlos Vidal, 15.

Vidal’s wife, and the mother of the two others killed, Cleonice Marques, 43, saw Barbosa breaking into the home and called family members to seek help, her brother told the police.

Barbosa allegedly then kidnapped Marques and shot her dead before dumping her body in a stream, where the local fire department found her Saturday.

Local media outlets reported that security forces zeroed in on Barbosa on nearly a week later, but he managed to escape after an early morning shootout that left a police officer wounded in Cocalzinho de Goiás, a town in the state of Goiás, west of the Federal District.

A second police officers attempted to arrested approximately a 3pm when Barbosa shot him in the face and fled. 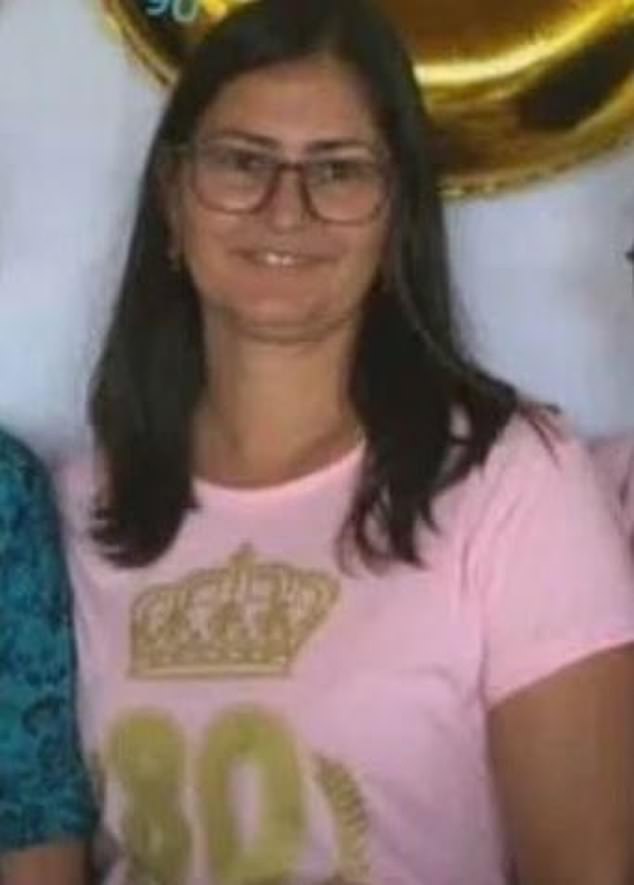 Cleonice Marques’s body was discovered in a stream in the Federal District, Brazil, on Saturday, three days after her husband and two sons were executed by Lázaro Barbosa 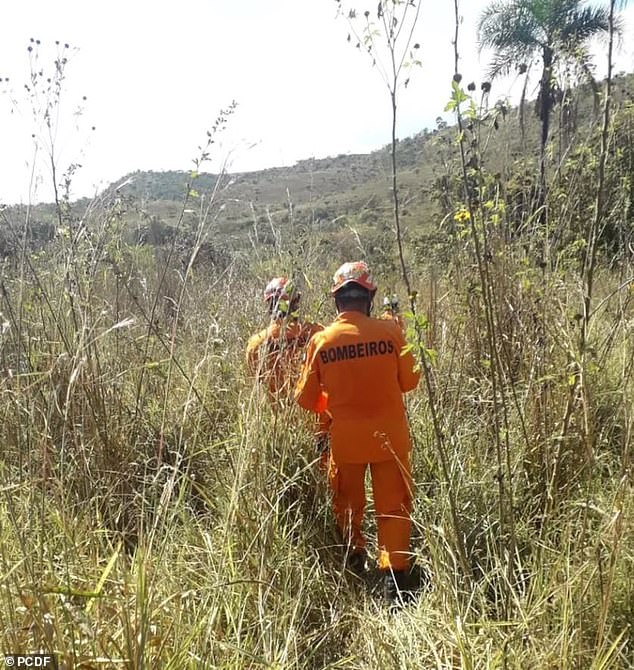 Firefighters search for the body of Cleonice Marques, who was allegedly murdered by Lázaro Barbosa on June 9

According to the Military Police, Barbosa stole a car after he killed the family and set it on fire in Cocalzinho de Goiás on Friday.

Three days later, he broke into a farm where he shot and injured four people before he burned down the home. He allegedly kidnapped the farmhouse’s caretaker and forced him to smoke marijuana.

Barbosa then stole another vehicle on Sunday and left it stranded on a stretch of highway BR-070.

Brazilian online news portal G1 reported Barbosa was reportedly shot by man housesitting a residence in Cocalzinho de Goiás on Monday after he entered the home.

‘I heard a noise and shouted for my brother-in-law to call the police,’ the man said. ‘Lázaro had then already shouted, ‘I’m going in.’ And then I shot him. He said, ‘You hit me, I’m going to kill you.’ Then he ran away.’

Barbosa was spotted on surveillance camera walking through the shed of farm house located between the towns of Edelândia and Girassol. He asked a worker for food and then ran into the forest.

Authorities spent the night guarding a nearby farm house in Edelândia on Monday but retreated Tuesday, which allowed Barbosa to break in and hold a married couple and their 16-year-old daughter hostage.

The girl hid in her bedroom and texted the police, ‘Help, Lázaro is here at home,’ before the murder suspect took her and her parents into a nearby forest where he fled after he saw police helicopters hovering over the area. The three individuals were rescued by the police. 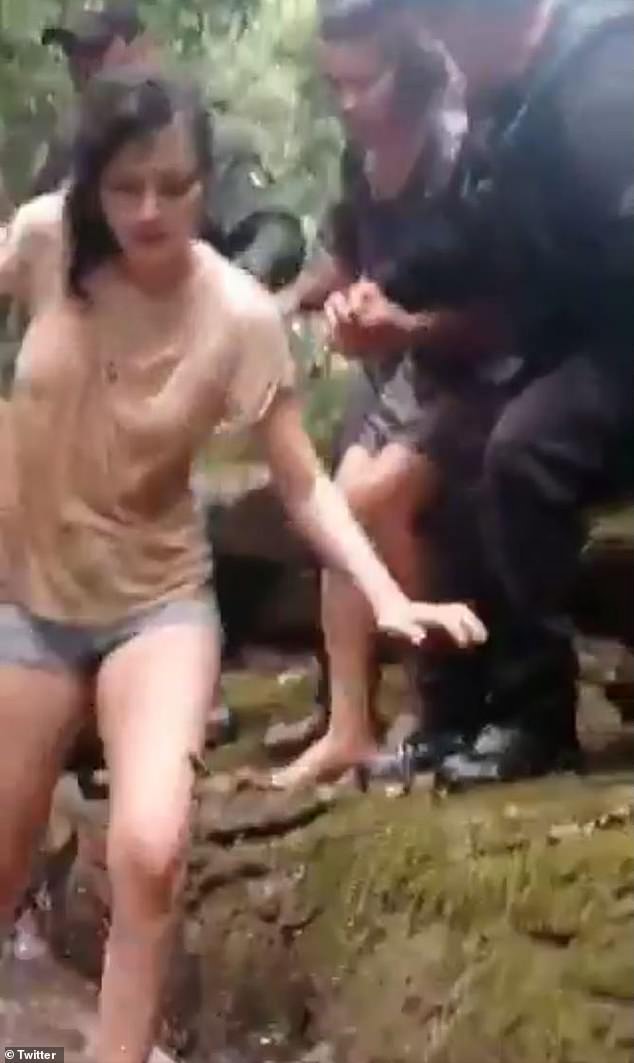 A 16-year-old girl is helped by authorities in Brazil after she and her parents were kidnapped Tuesday by Lázaro Barbosa, a suspect wanted for the murdering a family-of-four June 9. The girl texted the police and alerted them that Barbosa was inside her farm home 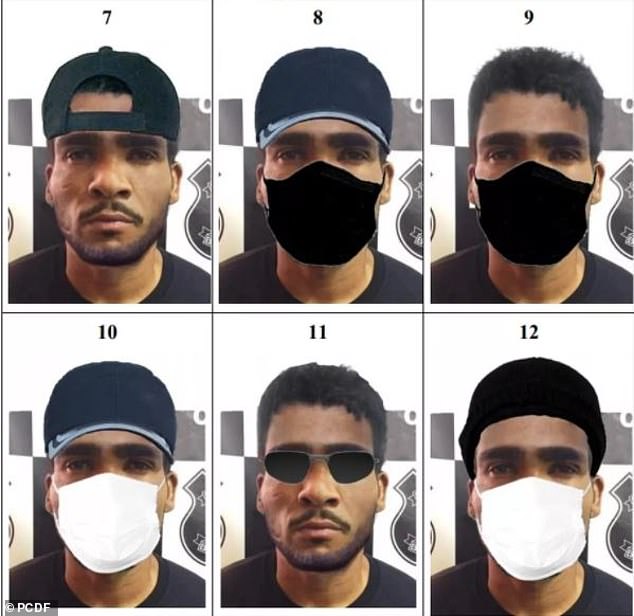 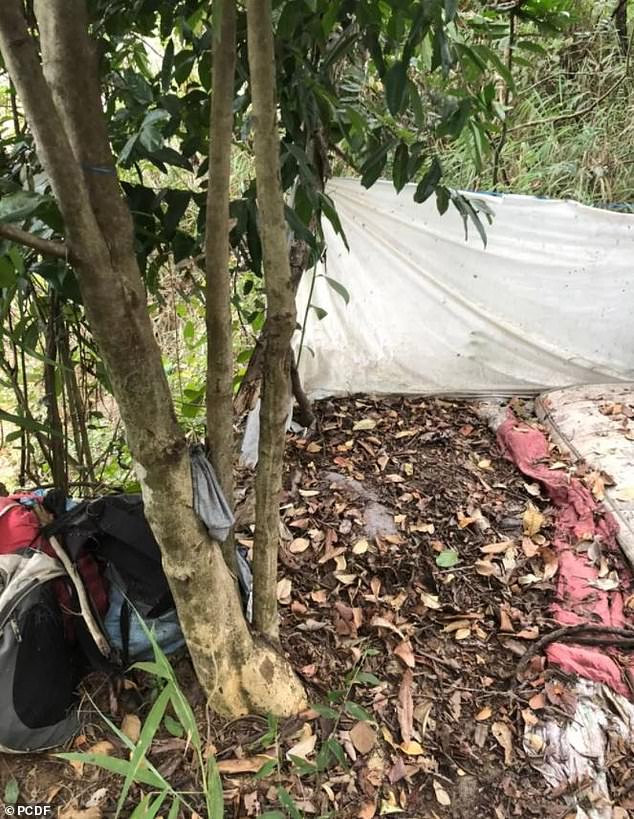 ‘He was raised in this regions. Knows every detail. Also, he is a hunter,’ Bueno said. ‘So he hides, he sleeps in trees. He’a guy who has expertise. He is not a common bandit.’

Barbosa has a criminal rap sheet that stretches all the way back to 2007, when he was arrested Barra dos Mendes, Bahia, on double murder charges, but escaped from prison 10 days after his capture.

He was arrested in 2009 and jailed at the Papuda Penitentiary Complex in Brasilia, but escaped in 2016. In 2018, authorities captured him in Águas Lindas de Goiás and charged with murder, illegal possession of a weapon, robbery and rape, but escaped prison on July 23.

Barbosa broke into a farm in the Goiás town of Santo Antônio do Descoverto on April 8, 2020 and attacked an elderly man with an ax.

Authorities said that was involved in a home invasion in the Federal District city of Sol Nascente on April 26, 2021, and locked a man and his son in a bedroom before he raped his wife.

On May 17, Barbosa once again attempted to rob a house and took a family hostage. He locked the men in a room and forced the women to remove their clothing and cook him dinner.