Brewdog boss James Watt is forced to pay out nearly £500,000 to furious customers who won ‘solid gold’ beer cans in competition – before finding they were only gold plated

The CEO of Brewdog has paid out nearly £500,000 to winners of a competition that misleadingly offered drinkers beer cans made of ‘solid gold’.

James Watt said he had made ‘some costly mistakes’ with the 2021 promotion, which saw 50 of the cans hidden inside packs of craft beer.

It turned out that the cans were only gold plated, prompting an outcry.

In a post on LinkedIn, Mr Watt said he incorrectly thought the cans were genuinely made from solid gold – a claim Brewdog made in three adverts on Twitter. 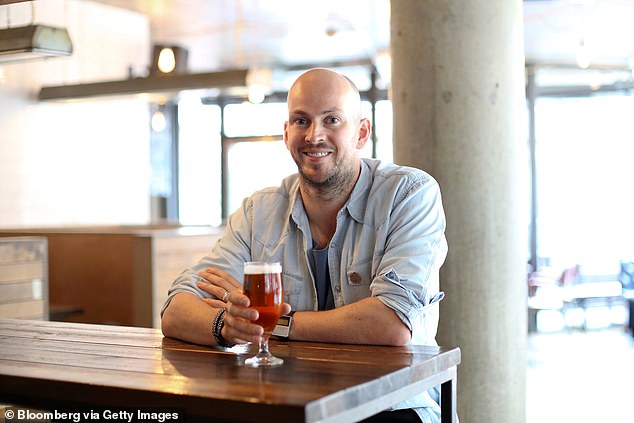 James Watt said he had made ‘some costly mistakes’ with the 2021 promotion, which saw 50 of the cans hidden inside packs of craft beer 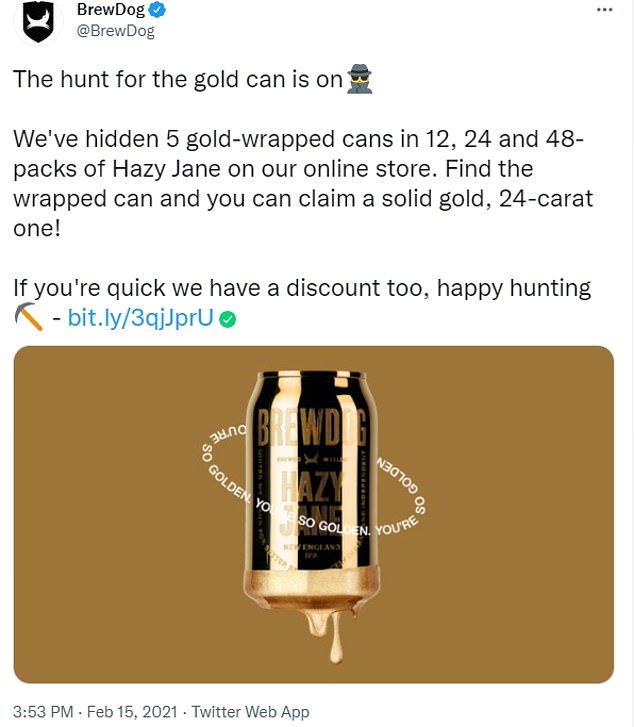 In a post on LinkedIn, Mr Watt said he incorrectly thought the cans were genuinely made from solid gold – a claim Brewdog made in three adverts on Twitter

‘I falsely thought the cans were made from solid gold when they were indeed only gold plated,’ he wrote.

‘In my enthusiasm, I had misunderstood the process of how they were made and the initial tweets I sent out told customers of the prospect of finding ”solid gold cans”.’

Some winners complained to the Advertising Standards Authority, with the watchdog agreeing the three adverts were misleading.

Mr Watt, who co-founded the Scottish craft brewer, wrote: ‘It was a silly mistake and it only appeared in around 3 of a total of 50 posts about the promotion but as it turns out, those 3 tweets were enough to do a lot of damage.

“The Gold Can saga was headline news. We were made to look dishonest and disingenuous and we took a real hammering online and in the press. Deservedly so. My initial tweets had been misleading and we deserved the flak.’ 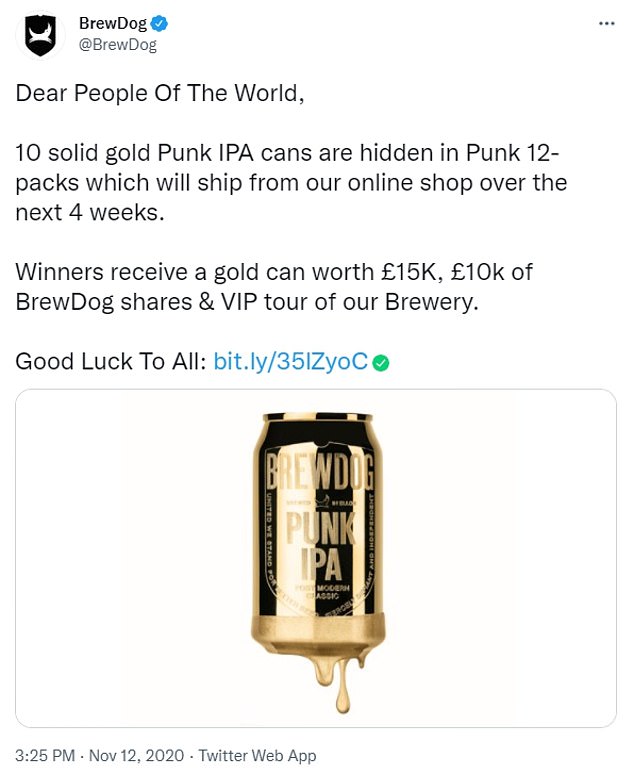 Some winners complained to the Advertising Standards Authority, with the watchdog agreeing the three adverts were misleading 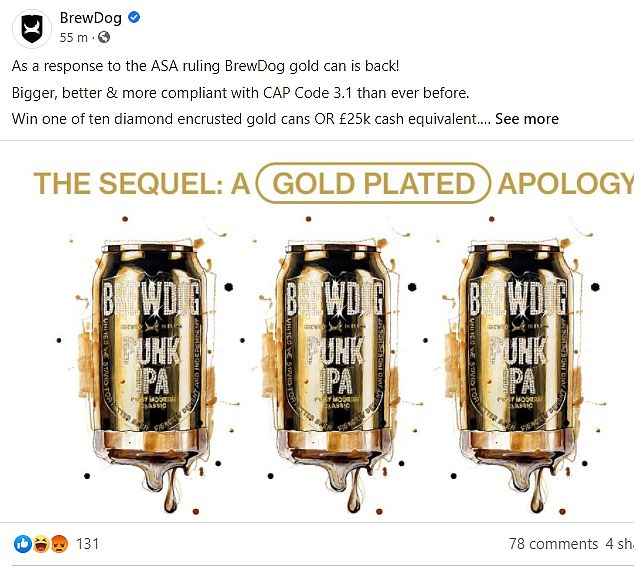 In response to the ruling, BrewDog launched a new competition offering customers a chance to win diamond encrusted cans, calling the campaign The Sequel: A Gold Plated Apology

Mr Watt said he had contacted all 50 winners to offer them the ‘full cash amount’ as an alternative to the prize if they were ‘unhappy’.

The businessman said he now owned 40 of the gold cans and asked for ideas for ‘what to do with them’.

Some of the winners had also questioned the £15,000 price tag Brewdog put on each can. In his LinkedIn post on Saturday, Mr Watt said it was accurate.

Mark Craig, from Lisburn, Northern Ireland, was among fans of the brewery who snapped up cases of its flagship beer, Punk IPA, to find one of the gold versions inside. 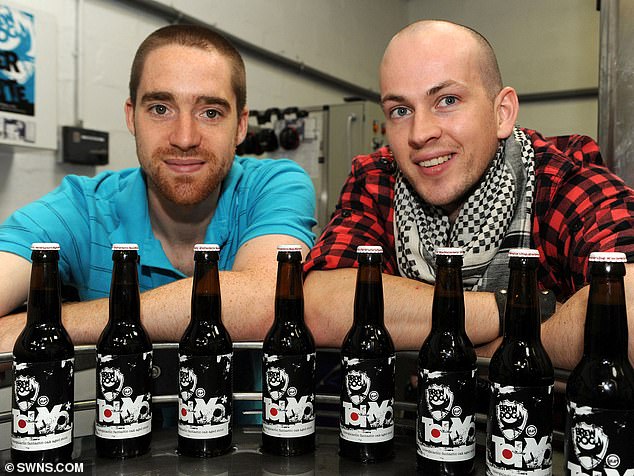 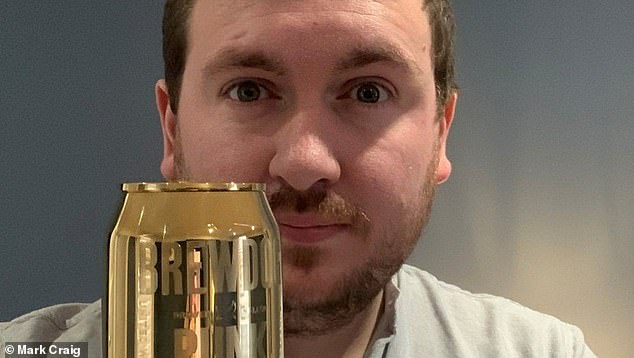 The 32-year-old, who had hoped to fund his wedding by selling the gold, discovered the can was only plated with the metal after asking for a certificate from Brewdog.

Speaking in June last year, he said: ‘I ultimately feel disappointed. When I won I was ecstatic, believing a solid gold can could contribute towards bills and our wedding, which has been postponed until 2022.’

BrewDog said the promotional cans were gold plated and were manufactured by goldsmiths Thomas Lyte using materials of the highest quality.

They provided a certificate from the manufacturer to confirm the cans were plated in 24 carat gold.

Brewdog has previously come under scrutiny for creating a ‘culture of fear’ at its headquarters. 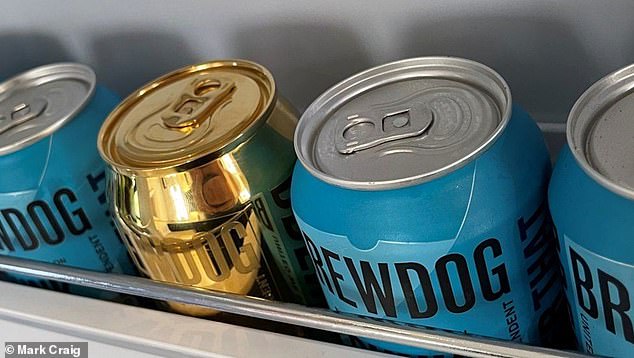