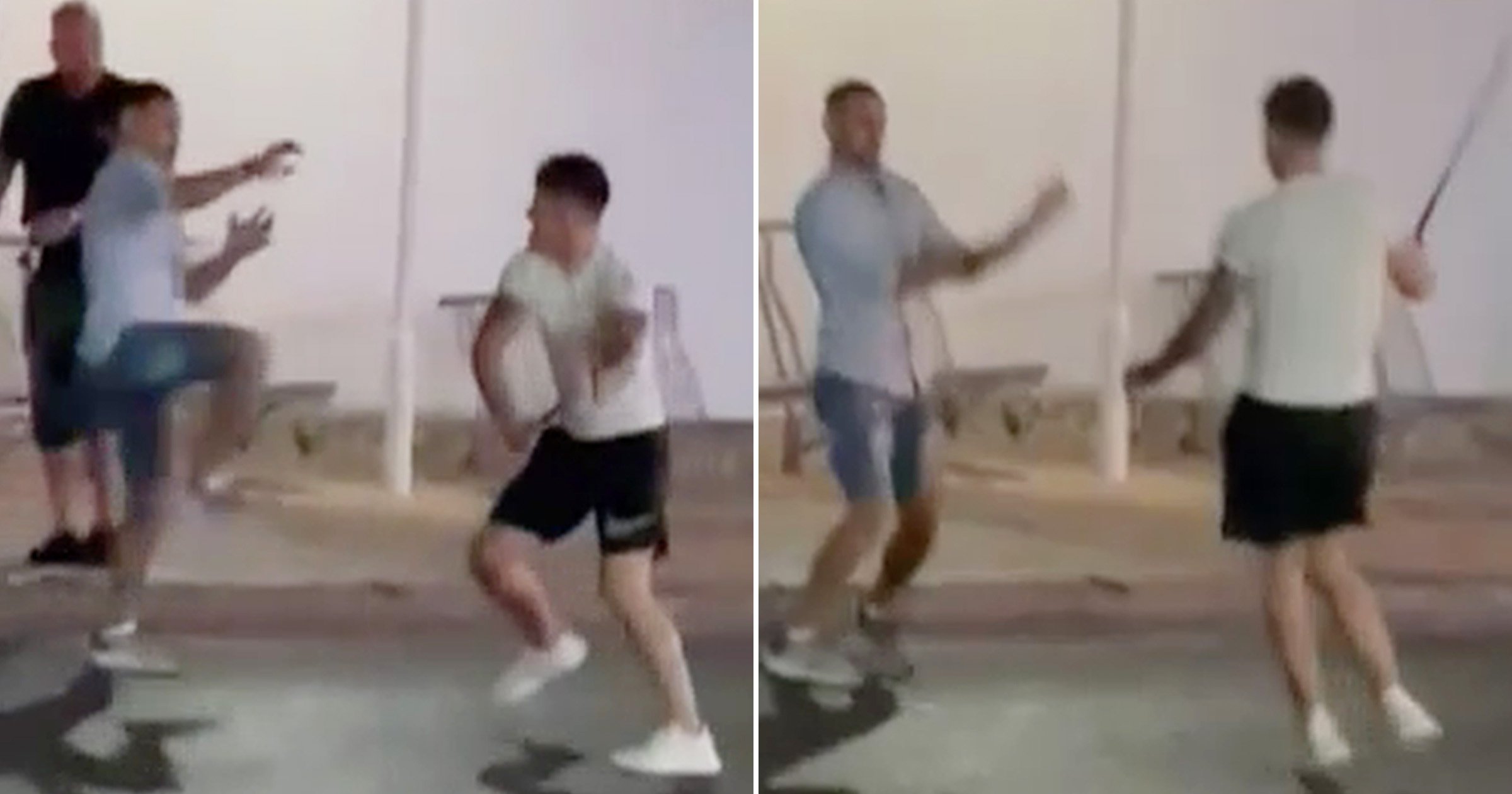 This is the moment a British tourist was beaten with a golf club on a quiet street in Magaluf.

Footage shows the fight involving the unnamed Brit, wearing a white T-shirt and black Nike shorts, and a group of men on the Spanish island of Majorca.

He can be seen brandishing what appears to be a stick-like object at two of them, screaming ‘What the f*** are you talking about?’ at the top of his lungs.

The disturbing clip then shows the tourist striking one of them with force, before his opponent snatches the stick from his hands, launching a fierce counterattack.

The Brit begins to flee, but is quickly caught and hauled to the ground, and more men can be seen in the distance joining the attack on him.

Spanish police said the holidaymaker was beaten and abandoned unconscious in the street with serious facial injuries.

Five men have been arrested over the incident on July 26, with them believed to be claiming they acted in self-defence.

Two of the arrests took place in the aftermath of the assault and another three on Thursday.

Their names have not been released but two are from Pakistan, two from Romania and one from Bulgaria.

A spokesperson for the Civil Guard confirmed: ‘The Civil Guard and local police in the municipality of Calvia which Magaluf is part of, have arrested five people on suspicion of a crime of wounding.

‘This incident received a lot of coverage at the time following the publication of a video of the fight on social media.

‘In the video a British person can be seen using a golf club to attack other people, who end up attacking him until he falls to the ground where they continue to assault him and cause him serious injuries.

‘An investigation was launched and the same day two of the participants were arrested. Another three men were held on September 1.’

The current condition of the Brit and whether he was hospitalised after the assault is still unclear.