A BRIT working at the UK Embassy in Berlin has been arrested on suspicion of passing secrets to Russia.

Scotland Yard said the 57-year old was arrested as part of a joint investigation between its Counter Terrorism Command and German counterparts. 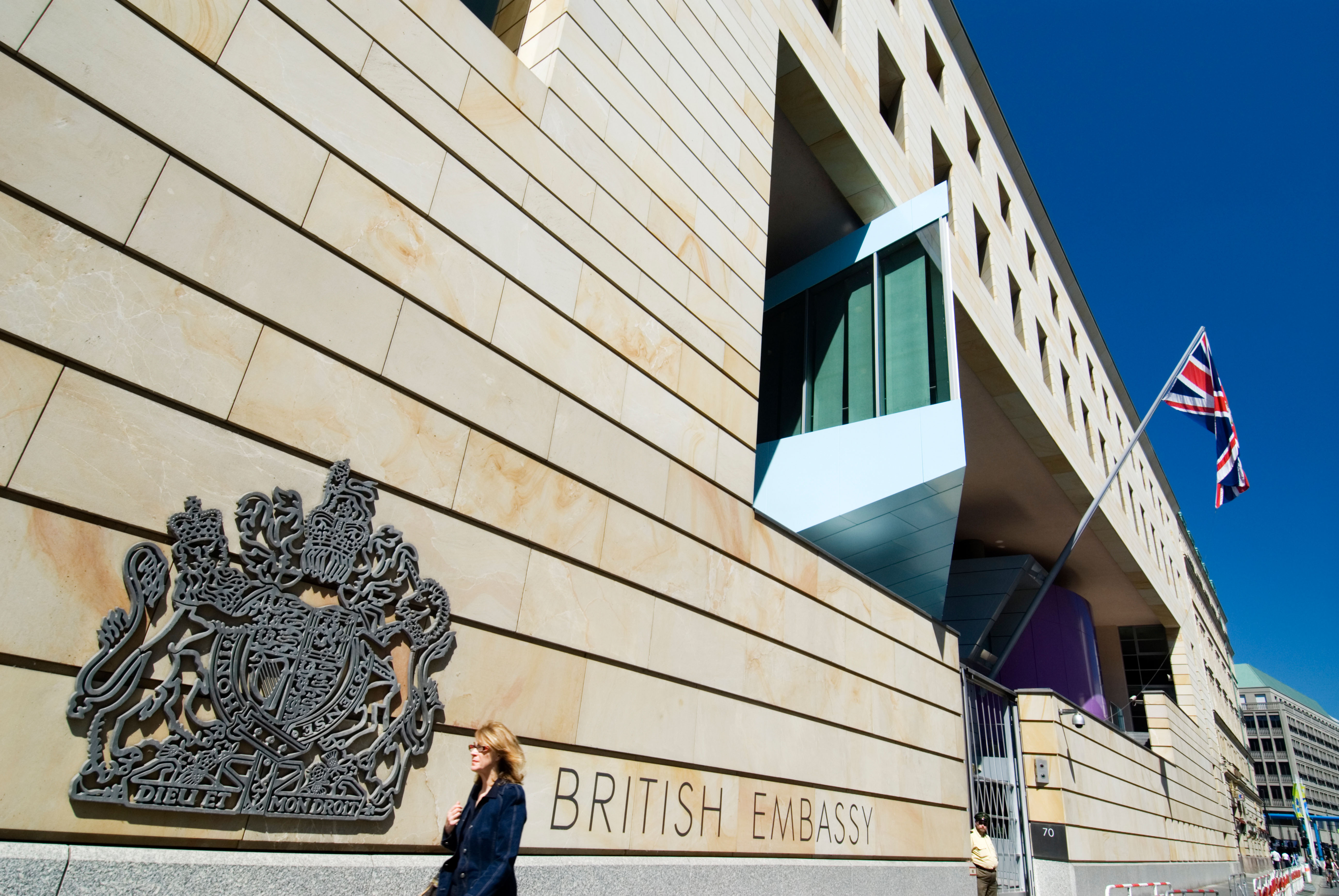 The suspect, named only as David S., was detained in Potsdam, near Berlin,the German Federal Prosecutor's Office said.

The statement added the suspect is accused of forwarding documents obtained in the course of his work to a representative of a Russian intelligence service in return for an unknown amount of cash.

He is expected to appear before a judge at the Federal Court of Justice on Wednesday.

Prosecutors say the suspect began working for the Russians in 2020 and allegedly passed on material at least once.

In a statement, the Metropolitan Police said: "The man was arrested in the Berlin area on suspicion of committing offences relating to being engaged in 'Intelligence Agent activity' (under German law).

The Met's Counter Terrorism Command is responsible for investigating alleged breaches of the Official Secrets Act.

A Government spokesman said: “An individual who was contracted to work for the government was arrested yesterday by the German authorities.

"It would not be appropriate to comment further as there is an ongoing police investigation.”

The British embassy in Berlin is just around the corner from the iconic Brandenburg Gate.

It is a short 270 yard walk from the Russian embassy, which is on the famous Unter den Linden boulevard.

The case has echoes of the shadowy world of espionage practised during the Cold War.

The former Soviet Union made substantial efforts to recruit Brits to spy for them.

The most infamous case involved the Cambridge spy ring, so-called as they were recruited by the Russians when they were at Cambridge University.

Donald Maclean, Anthony Burgess and Kim Philby all defected to the Soviet Union, where they lived until their deaths.

Another Soviet spy George Blake died in 2020 aged 98 after escaping prison to flee to Moscow.

Earlier this year, a top military officer said Britain is now wise to the threat from Russia after taking its "eye off the ball".

General Sir Patrick Sanders – head of Britain’s Strategic Command – revealed we let our guard down at the end of the Cold War.

The UK expelled 23 Russian diplomats in March 2018 who were identified as “undeclared intelligence officers”.

Arrested, Brit, Embassy, I, worker
You may also like: