Britain could soon supply Ukraine with military tanks for the first time in an attempt to thwart Russia’s invasion, it has been revealed.

Ukraine could benefit from a supply of the British Army’s Challenger 2 main battle tanks, as discussions have taken place ‘for a few weeks’ according to a source.

The transfer would be a major step in Western support to Ukraine, and could persuade Germany to agree to send its much-sought after Leopard II tanks, Sky News reports.

Rishi Sunak’s government has yet to make a final decision, but it is thought as many as ten of the vehicles – enough to equip a squadron – could be involved in the transfer. 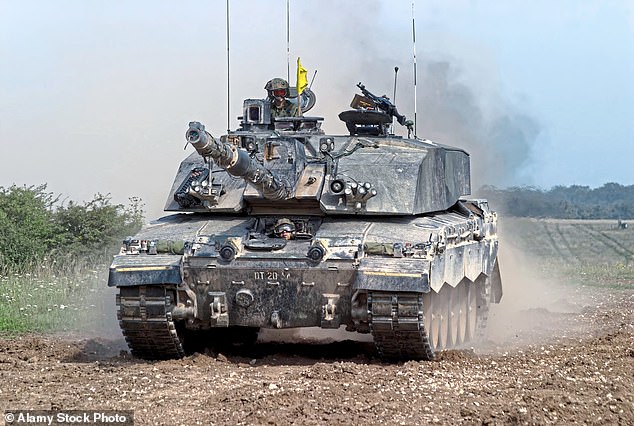 Ukraine could benefit from a supply of the British Army’s Challenger 2 main battle tanks, as discussions have taken place ‘for a few weeks’ according to a source 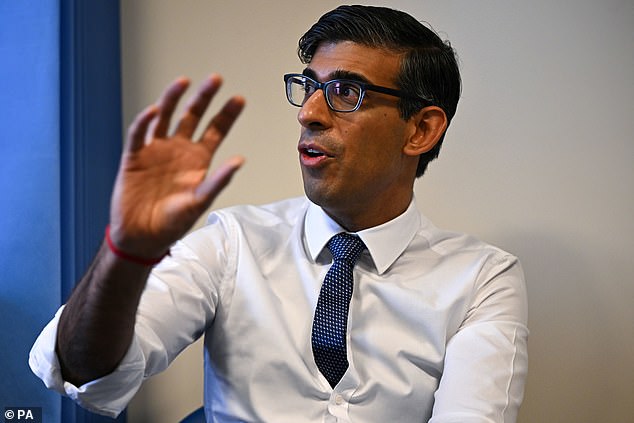 Rishi Sunak’s government has yet to make a final decision, but it is thought as many as ten of the vehicles – about the size of a squadron – could be involved in the transfer

Former commander of 1st Royal Tank Regiment, Colonel Hamish de Bretton Gordon, said the use of western tanks could ‘tip the balance’ of the war for Ukraine.

He said: ‘Strategically this sends a very firm message to [Russian President Vladimir] Putin that nothing is off the table

‘Challenger 2 and Leopard II are modern tanks. They are much better protected, more reliable, quicker.’

A squadron of the tanks is presently on tour in Estonia a part of a NATO mission to offset any further Russian interference in eastern Europe. The tanks previously served with distinction in the Bosnian conflict in 1994 and the Iraq War in 2003.

It is expected more information about military support to Ukraine will be unveiled on a January 20 meeting, with representatives of 50 nations led by the US outlining their proposals. 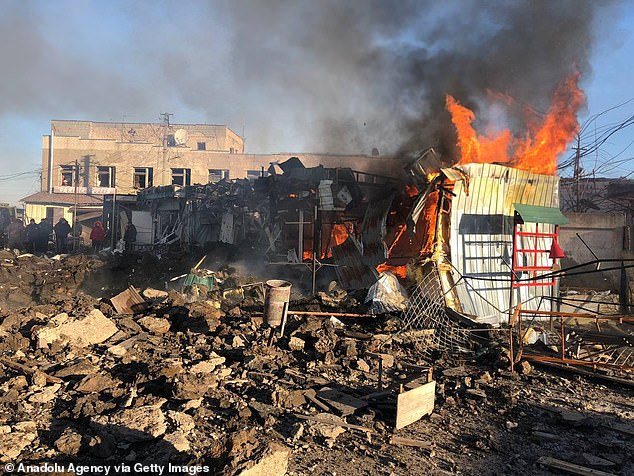 Today, Russia insisted that the supply of western tanks would ‘deepen the suffering of the Ukrainian people’ and not shift the course of the conflict (Pictured: The aftermath of a Russian missile attack near Kharkiv yesterday) 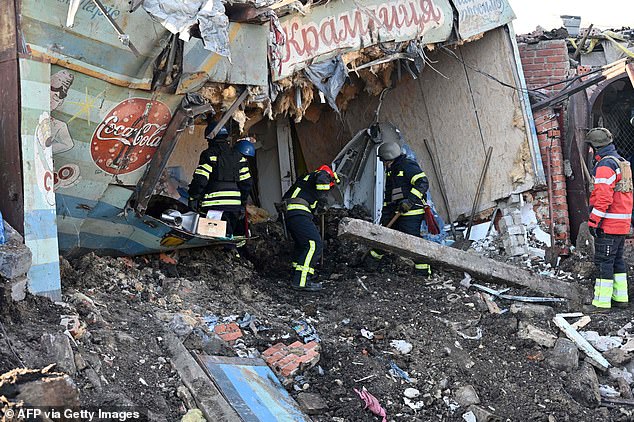 Ukrainian rescuers work on the site following a Russian missile strike on a local market in Shevchenkove village, Kharkiv region 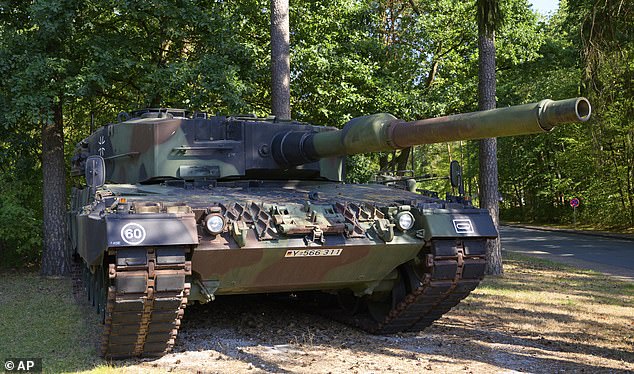 France, Germany and the US have already signalled plans to send armoured vehicles to help Ukraine – the AMX-10, the Marder and the Bradley respectively – although they are not classed as ‘true tanks’.

At the top of Ukraine’s shopping list are the Leopard II battle tanks, which Germany has so far held back on supplying.

Other European nations who use the tanks, including Poland and Finland, have said they are ready to provide them, but this requires approval from Germany – which holds the export licence. 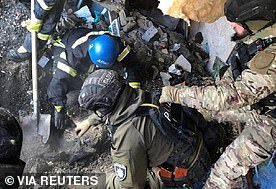 Rescuers dig through the rubble in the aftermath of the attack

Today, Russia insisted that the supply of western tanks would only ‘deepen the suffering of the Ukrainian people’ and not shift the course of the conflict.

The UK’s Ministry of Defence has neither confirmed nor denied that the government is sending tanks to Ukraine.

A spokesman said: ‘The government has committed to match or exceed last year’s funding for military aid to Ukraine in 2023, and we will continue to build on recent donations with training and further gifting of equipment.

‘We have provided over 200 armoured vehicles to Ukraine to date – including Stormer vehicles armed with Starstreak missiles.

‘We have also donated tens of thousands of items including helmets and body armour, mobility and logistics vehicles, anti-tank weapons, air defence missiles and systems, winter and medical equipment.’

Last year, the UK signed over 14 Challenger 2 tanks to Poland as part of an arrangement to assist Ukraine, by freeing up capacity for Poland to send its Soviet-era T-72 tanks to Ukraine.

At present, the Ukrainian military is using Soviet-era tanks such as the T-72, while Russia is also dependent on tanks dating back to the Cold War.

Britain’s Challenger tanks from the 1990s are less aged, although they are in the process of an upgrade. Ukrainian soldiers would require training on how to operate them.