A BRIT holidaymaker had a miracle escape after plunging 100ft down a ravine on a quad bike.

Gina Styles was catapulted into the air and smashed into trees and rocks before coming to a halt just inches from another steep drop. 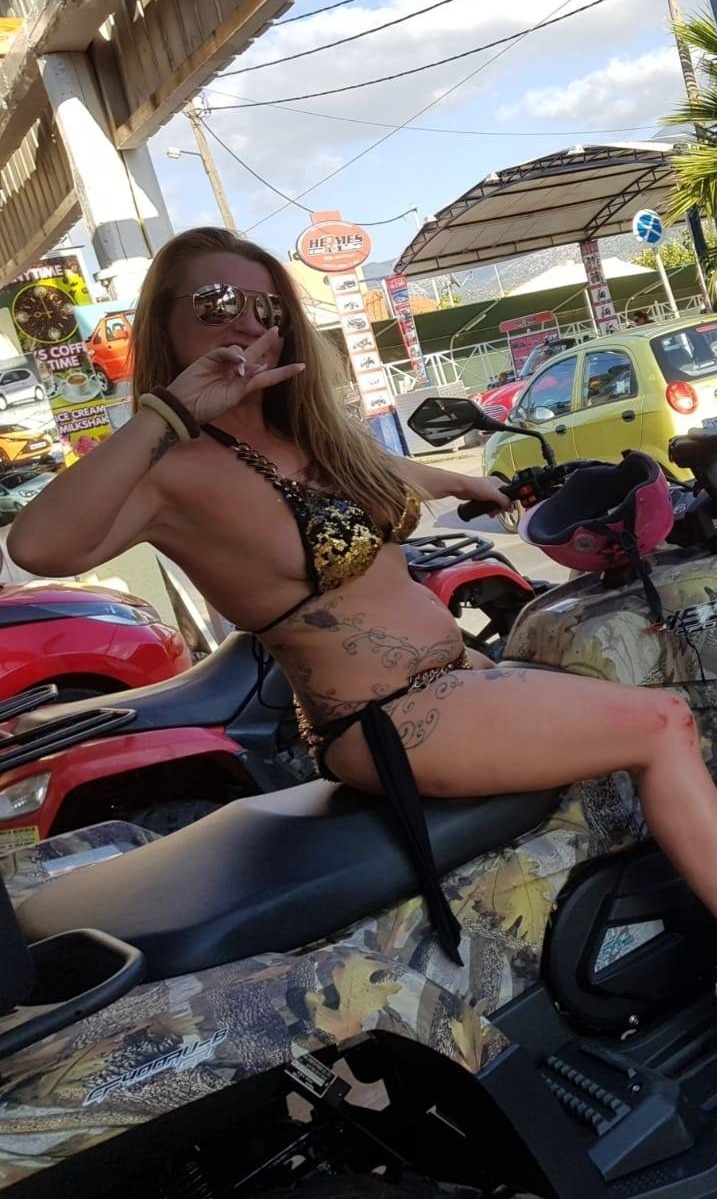 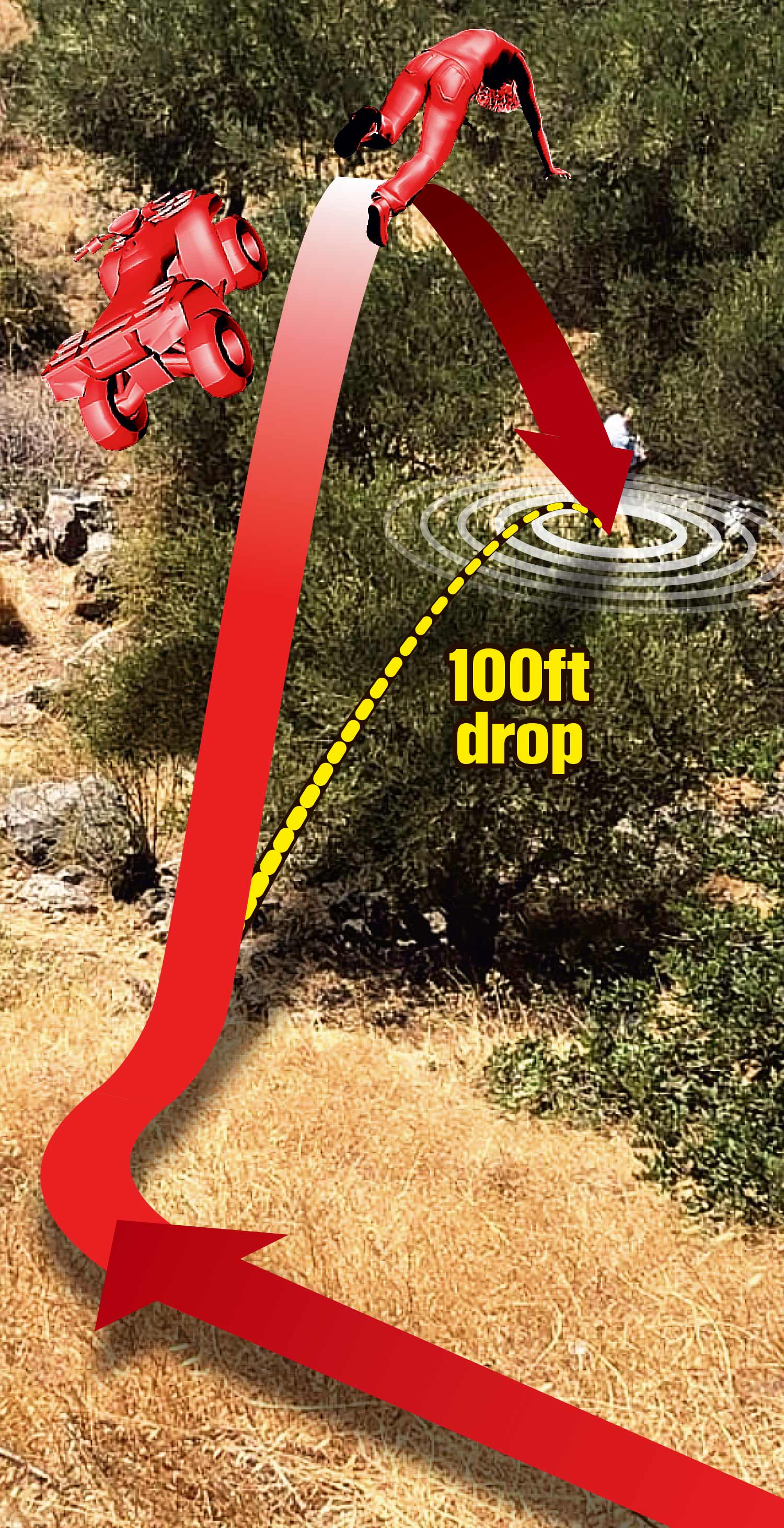 The care worker was covered in blood after smashing her nose and suffering multiple fractures.

The freak accident occurred on a two-week break in Malia, Crete, with pals Frank White, 32, and Gary Edwards, 50.

The trio pulled into a layby near the town of Neapoli when Gina hit a patch of gravel and skidded toward the ravine edge.

She said: “There was no barrier and I went straight over.

“I was still on the quad bike when it hit the first rock about 20ft down with such force that it flung me into the air.

“I began hitting every tree and boulder. Every time I smashed into something, the pain was unbelievable. I was in agony.”

Engineer Gary, from Plymouth, climbed down to Gina until cops and paramedics arrived.

She was taken to hospital where X-rays confirmed two spinal fractures, a broken shoulder, wrist and nose.

She spent five days in hospital and the rest of her holiday in a wheelchair but hopes to fly home tomorrow.

Gina, of Maidstone, Kent, said; “I’m grateful to have survived and I’m never going on a quad bike again.” 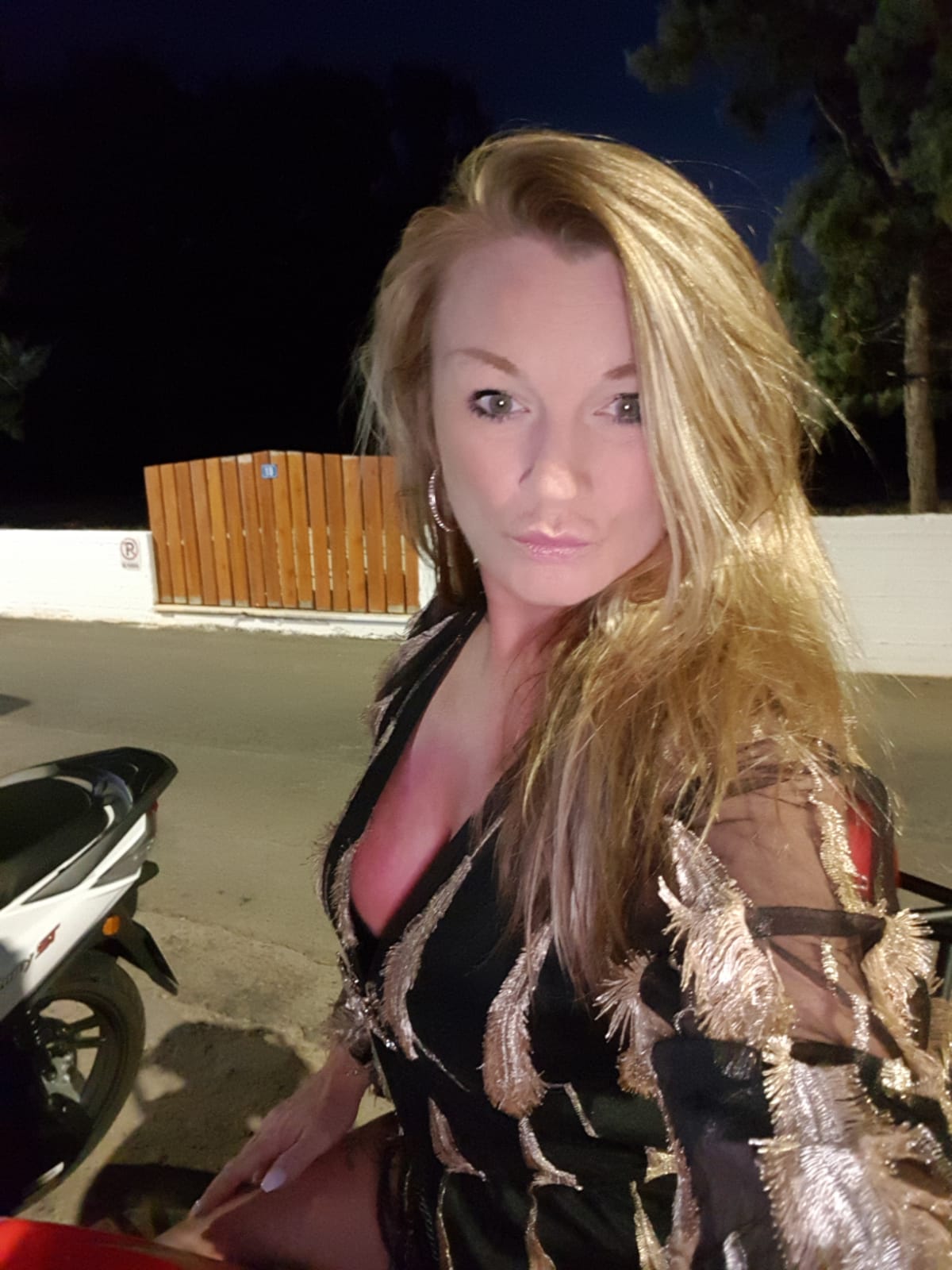