The channel condemned the threats as a ‘dangerous escalation’ of attempts by the Iranian regime to silence independent media in the face of mass protests. 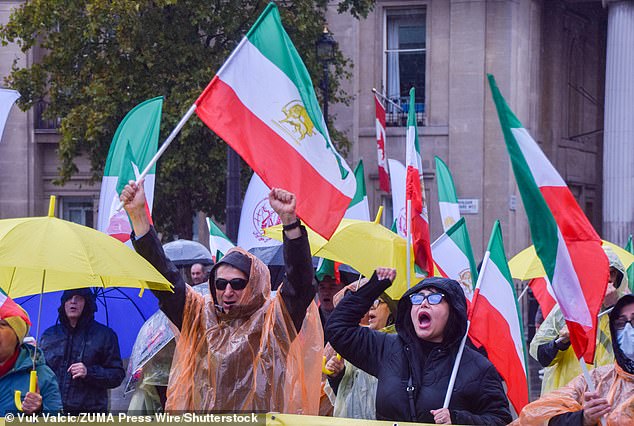 Two Iranian-British journalists working in London have been warned of threats to kill them by Tehran’s Islamic Revolutionary Guard Corps (file image, Iranian protesters in London)

A statement said: ‘Two of our British-Iranian journalists have, in recent days, been notified of an increase in the threats to them.

‘The Metropolitan Police have now formally notified both journalists that these threats represent an imminent, credible and significant risk to their lives and those of their families.

‘Other members of our staff have also been informed directly by the Metropolitan Police of separate threats.’

The channel did not give any more information about the journalists, their work, or the exact nature of the threats.

Iran International is based in the UK but broadcasts in Farsi into Iran. The channel has covered recent protests against the country’s ruling Islamist regime.

The statement added: ‘These lethal threats to British citizens on British soil come after several weeks of warnings from the IRGC and Iranian government.

‘Britain is the home of free speech. Iran International stands as part of that tradition..

‘The Islamic Republic of Iran, and specifically the IRGC cannot be allowed to export their pernicious media crackdown to the UK.

‘We hope that the UK Government, international governments and other organisations will join us in condemning these horrific threats.’

A Metropolitan Police spokesman said the force does not comment on specific threats to individuals.

Iran is in the midst of widespread public unrest triggered by the death of Mahsa back in September. 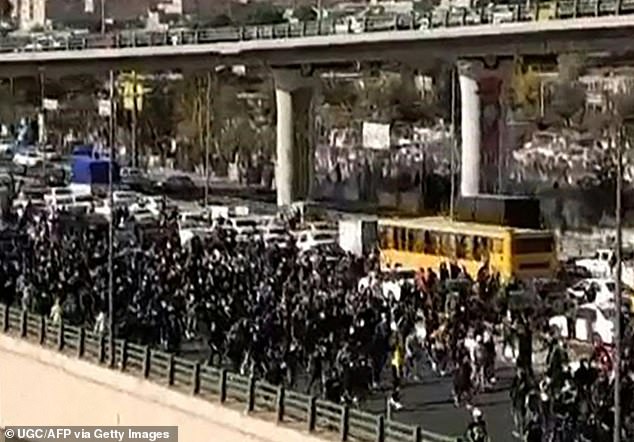 Iran is in the midst of mass unrest sparked when Kurdish-Iranian woman Mahsa Amini died in police custody, after being arrested for failing to wear a head covering

More than 1,000 people have been indicted in Tehran Province alone in connection with what the government calls ‘riots’.

On Tuesday, Iran’s top court signalled it would ‘deal firmly’ with arrested protesters – teeing up the possibility of harsh sentences for anyone caught.

‘The public, even protesters who are not supportive of riots, demand [that we] deal with the few people who have caused disturbances in a firm, deterrent and legal manner,’ judiciary spokesman Masoud Setayeshi said.

Iranian leaders have accused enemies including the United States of fomenting the unrest. Hardline Iranian lawmakers have urged the judiciary to ‘deal decisively’ with the perpetrators.