British Olympic fencer’s wife says he made her redundant as ‘act of revenge’ after she reported him for money laundering at his Hatton Garden jewellery business and stealing £90,000 from his disabled brother

A British Olympic fencer’s wife claims she lost her job after she accused her jewellery tycoon ex-husband of stealing £90,000 from his disabled brother’s trust fund, an employment tribunal hears.

Eleanor Belson alleges Tim got rid of her from his firm in Hatton Garden, London as an ‘act of revenge’ after she reported him over suspicions of money laundering, financial abuse and embezzlement.

However, following the breakdown of their marriage last year, she was made redundant in February 2022.

At the preliminary hearing into her unfair dismissal case today her lawyers also said he misrepresented the value of his businesses to fool investors and stole £91,500 from his brother, care home resident John Belson.

Mr Belson, a former fencing champion, disputes these claims and says their mutual divorce agreement was ‘derailed’ after she bought a property with her partner for £1.15million, meaning she would owe him a £400,000 settlement. 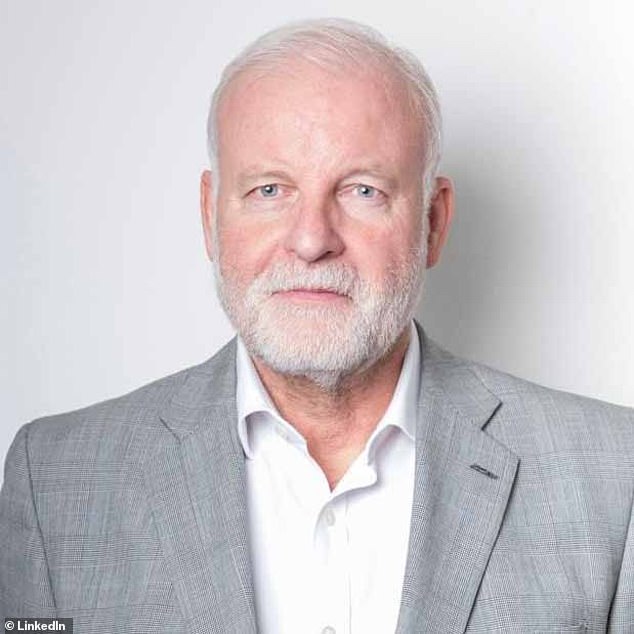 Eleanor Belson alleges Tim (pictured) got rid of her as an ‘act of revenge’ after she reported him over suspicions of money laundering, financial abuse and embezzlement 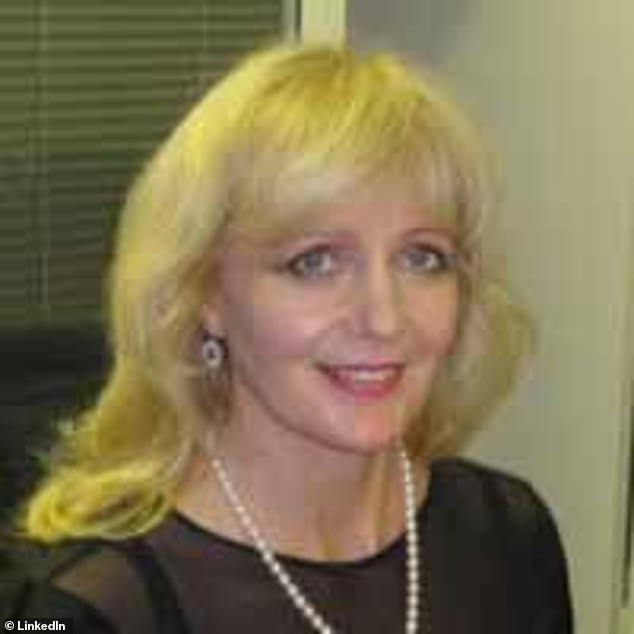 Mrs Belson told the hearing she had learned in March 2021 that her ex-husband was being investigated for theft and embezzlement by a firm of solicitors called Wilsons.

She said: ‘I immediately started checking company documents and have discovered on the company bank accounts suspicious financial transactions both incoming and outgoing two days apart for a total £175,000 on the bank statement.

‘I am convinced that making me redundant with immediate effect was just another illegal action against me. It is an act of revenge for my whistleblowing about Tim Belson’s illegal criminal activities to Wilsons Solicitors.’

In her message she said: ‘My greatest concern now is the fact that I have been recently approached by Tim’s sister and Tim’s disabled brother, John Belson, regarding his missing inheritance money.

‘Tim has informed their solicitor that John Belson’s money was invested in his business and not available now.

‘It is my suspicion that Tim has used John’s inheritance money to pay off the debt.’

Mrs Belson said she visited John Belson’s care home in Colchester, Essex, in August 2021 and was told funds had been taken from his trust fund account without his permission or knowledge.

In an email to Wilsons in September 2021, Mrs Belson reported ‘suspicious’ transactions relating to John Belson.

‘Tim did not advise John of this transaction nor did he obtain John’s permission,’ she said. ‘Tim was fully aware that John can’t read or write – that is a true indication of Tim’s criminal intention, financial abuse and embezzlement.’

In November 2021 she emailed company chairman Henrik Kjellin saying: ‘I am very stressed out by Tim’s reckless and unscrupulous business dealings.

‘Wilsons Solicitors are trying to protect inheritance of totally innocent and naïve people like James and Tim’s disabled brother John, who’s inheritance Tim is trying to steal from them!’ 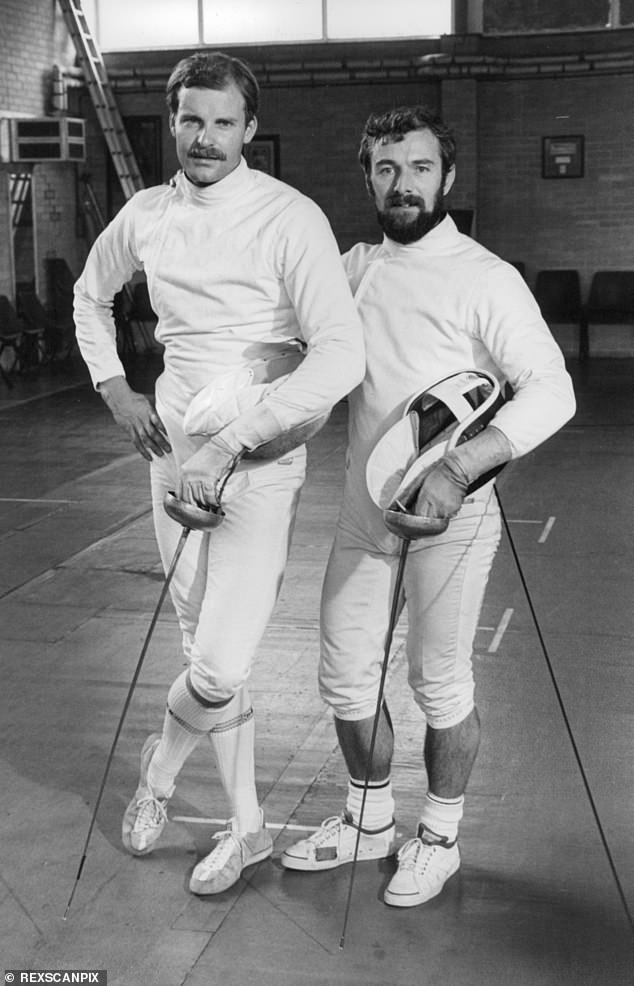 Tim Belson (left), who served as a Captain in the 1 Gloucestershire Regiment of the British Army for ten years, carrying out covert operations in Ireland in the 1970s and 1980s, while simultaneously being a member of the British Fencing team from 1971 to 1981, with solicitor Ralph Johnson (right) when they were two British fencers

Mrs Belson argued at the preliminary tribunal hearing that Mr Belson and Mr Kjellin realised, after her persistent whistleblowing, that ‘she would not allow them defraud potential investors’.

She said she believed that the true financial condition of the firm was being ‘deliberately concealed’.

She added that her whistleblowing about Mr Belson’s use of his disabled relative’s money was made in the public interest because ‘disabled vulnerable people who cannot properly read or write because must be safeguarded from being financially abused’.

Mr Belson served as a Captain in the 1 Gloucestershire Regiment of the British Army for ten years, carrying out covert operations in Ireland in the 1970s and 1980s while simultaneously being a member of the British Fencing team from 1971 to 1981. 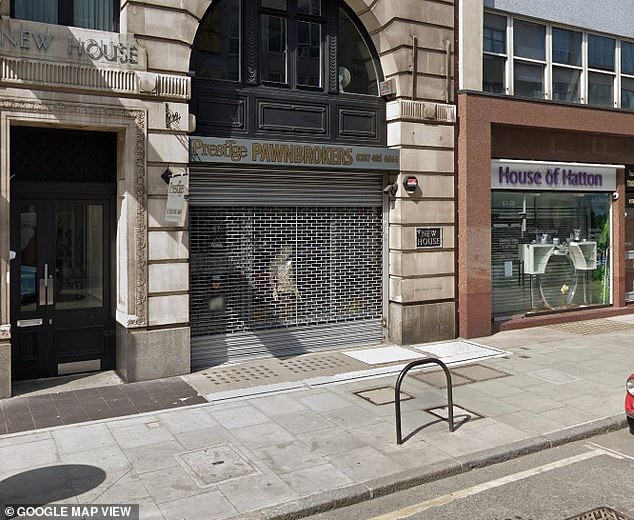 The 71-year old competed in the individual and team épée events at the 1976 Summer Olympics and was crowned National Épée Champion in 1975 and 1978.

He said his wife had gone abroad to Antigua for four months in 2021 and that, when she returned, she said their marriage was ‘at an end’.

He told the hearing they appointed ‘mutual friend’ and company chairman Mr Kjellin, to mediate on the financial terms of the divorce.

Mr Belson and Mr Kjellin explained that, during the divorce settlement negotiations, it was agreed Mrs Belson would be employed until June 2022.

However, they told the hearing the negotiations were ‘derailed’ when they discovered Mrs Belson and her new partner had bought a property for £1.15 million.

Mr Belson said that she did not accept the terms of the proposed settlement and the intended redundancy was brought forward as no settlement could be reached. 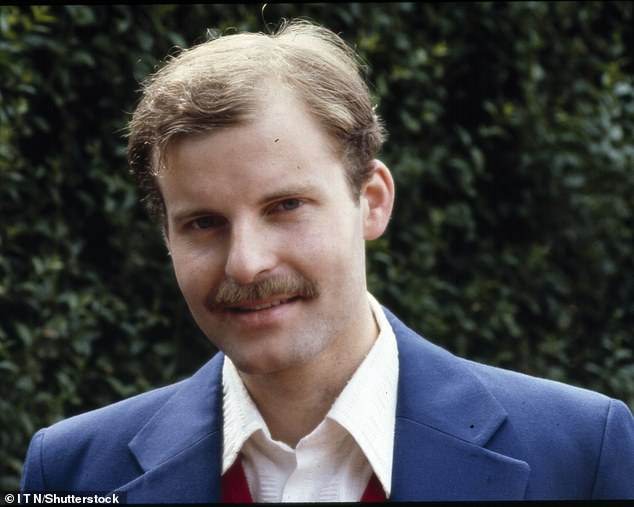 Captain Tim Belson’s (pictured younger) said his wife had gone abroad to Antigua for four months in 2021 and that, when she returned, she said their marriage was ‘at an end’.

Employment Judge Jill Burns had to assess at this preliminary hearing whether Mrs Belson was entitled to ‘interim relief’ by deciding if her claim was likely to succeed on the face of it.

The judge said she was not making any assessment as to whether Mrs Belson’s claims of criminality were true. However, she accepted she had made them.

The judge ruled at this stage the case could go either way.

She concluded: ‘I noted that Mr Kjellin’s statement appeared to support Mr Belson’s assertion that the divorce settlement negotiations had broken down very close to the date of dismissal.

‘On that basis, the breakdown in the divorce negotiations appeared to be the most proximate event to the dismissal, rather than any of the alleged protected disclosures.

‘That tended to support the [company’s] contention that the reason or principal reason for dismissal was indeed the breakdown of divorce negotiations activating a previously agreed dismissal for redundancy.

‘At this stage, I considered that the [company’s] contention that redundancy was the reason for [Mrs Belson’s] dismissal was as likely to succeed as [Mrs Belson’s] case that her protected disclosures were the principal reason for her dismissal.’

The case will now progress to a further hearing.