British holidaymakers must STOP having sex with strangers on Gran Canaria’s sand dunes because they are harming rare plants and bushes, scientists say

Research found that so many people are travelling to the Canary Island to have open-air illicit sex on the dunes that rare plants and bushes are being destroyed.

The study discovered nearly 300 favourite locations on the vast area of sand located on the south side of the island. 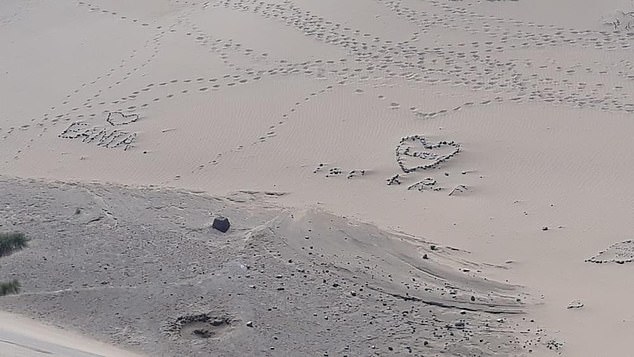 Covering around 1,000 acres of the island found off the coast of Africa, the dunes have been protected as a nature reserve since 1987 and are considered one of the greatest natural treasures in Spain.

Researchers have been carrying out a detailed study into the impact on the dunes of ‘cruising’ which involves anonymous sexual encounters in public places.

And they have concluded that the activities carried out have a direct impact on the dunes and on eight native plant species, three of which are endemic.

The study was carried out by the Group of Physical Geography and Environment, the Institute of Oceanography and Global Change (IOCAG-ULPGC) and the Beach and Dune Systems (BEADS) Laboratory of Flinders University.

Their conclusions have now been published in a report entitled ‘ ‘Sand, Sun, Sea and Sex with Strangers, the five S’s’.

The researchers point out that the dunes and coastal beaches are examples of open public spaces where these sexual practices are widely carried out, to the point of having been identified and defined by the bibliography as the ‘Four S’ (sand, sun, sea and sex; in English).

‘In this sense, there are abundant studies that have addressed the issue of the relationship between tourism and sex (sexual tourism) but few have analysed the consequences of these practices on the natural environment, especially when the spaces where these activities take place are protected areas,’ said a spokesman.

The experts located and recorded all the points where sexual encounters (sex spots) happened.

They then collected information related to the dimensions or internal distribution of these spaces, as well as the type of sexual use, their geographical position, the coverage and type of vegetation and the environmental impacts or the lack of management actions. 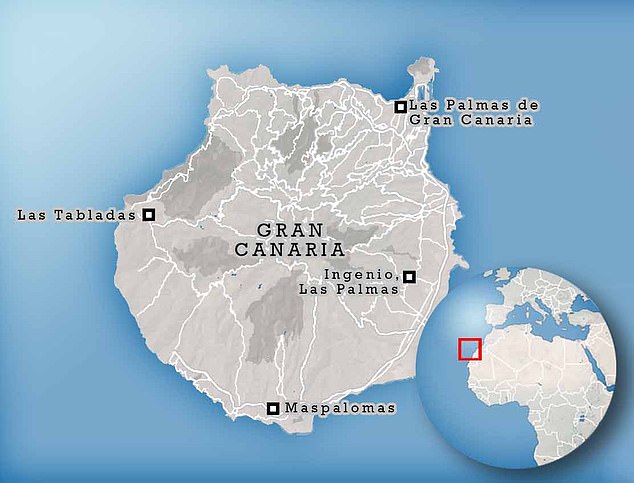 Pictured: A map showing the location of the Maspalomas, where the sand dunes are found on the south of Gran Canaria island

The results show that the total area occupied by the 298 located sexual meeting points is 5,763.85 m2.

These sex spots are related to the distance to the authorised trails in the protected area, the presence of very dense vegetation, and the dunes stabilised by vegetation (nebkhas).

The larger the size of the sex spot, the greater the number of people who use it, as well as the probability that it is a low area covered with vegetation and with a greater amount of waste.

The activities carried out at these sexual points have a direct impact on the dunes and on eight species of native plants, three of which are endemic.

The researchers point out that Maspalomas is not the only coastal dune field that registers this type of activity in the world, since other similar places are known in Australia, France or Portugal, among many others.

‘However, given the nature of the study and the complexity of performing socio-ecological analyzes of these processes, this type of event has been little studied.

For this reason, the topic on which this report is inscribed is of international interest, because, for the first time, it has been possible to characterise and analyse the environmental impact of this activity in a protected area,’ said the spokesman. 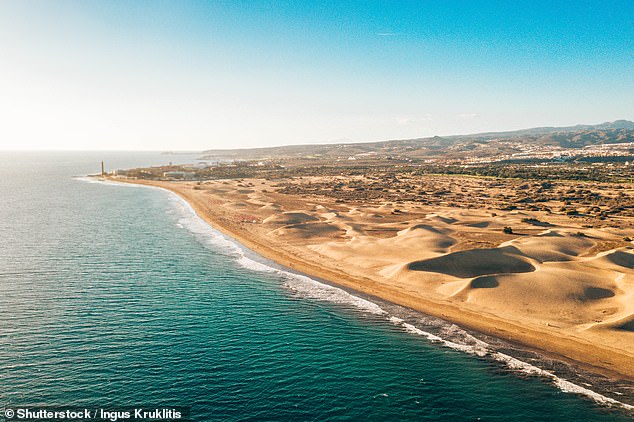 ‘On a practical level, between September 2018 and July 2019, 159 of these points were eliminated and 1,244.49 m3 of dry vegetation were removed, uprooted and killed by the people who practice this activity in the aforementioned Reserve.’

The authors said they had no intention whatsoever to offend the LGBTI community and note that Gran Canaria has been gay-friendly for years, welcoming gay tourists from all over the world, especially the UK, the USA and Germany.

What they hope will come out of the report is a better understanding how cruising in the dunes can be managed and the environment protected when green issues are now so important.

In some of the sex spots, branches had been cut or bushes uprooted to provide greater privacy and also rubbish was being left behind, including cigarette butts, torn/cut vegetation, toilet paper and wipes, condoms, fruit peel and cans.

The report stated: ‘The direct impacts generated around the sex spots can be observed in several ways, such as the impacts on the vegetation, the abandonment of waste or the presence of urinal and defecation,’ says the report. ‘In general, data from the fieldwork allow us to calculate that a

A total area of 58 hectares has been altered to build the 298 sex spots identified,. The almost constant presence of people means that the dominant processes are human-induced processes such as stepping on the plants, removing the plants and the sand, creating nests.’

Since 2018, the authorities have been working on a major project to protect the dunes. 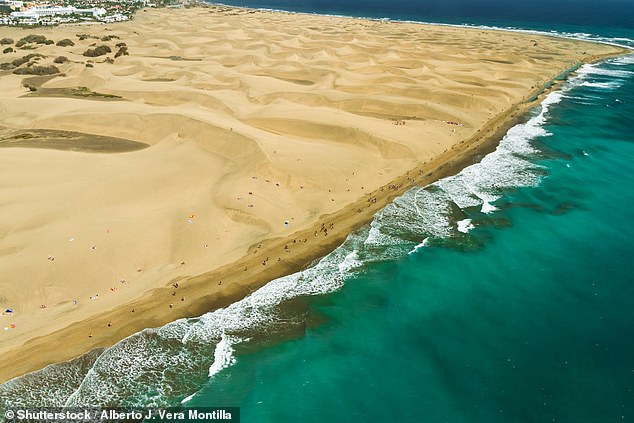 ‘It is a benchmark environmental project with the main aim of protecting and conserving the natural Dune area, one of our most important environmental resources and a protected natural space with incalculable ecological value,’ said a spokesman for the island’s government.

‘For several decades, the dune system has suffered increasingly obvious degradation with a constant loss of sand, mainly due to urban development processes and human impact, which has altered the dynamics of the wind and the dunes.

It is estimated that around 45,000 cubic metres of sand are lost each year that end up at the bottom of the sea.’

‘This has caused an uncontrolled increased in vegetation in the inner zones, reducing the area occupied by the dunes and increasing the erosion, affecting biodiversity and generating a very negative impact on the animals and plants living in the zone. If this situation continues, the dune reserve might disappear in less than a generation.’

British, hav, must, stop, tourists
You may also like: