Cleveland Browns defensive tackle Malik McDowell was arrested in Deerfield Beach, Fla., on Monday after police say he walked naked into a children's learning center and violently attacked a deputy.

According to police, surveillance footage shows McDowell, 25, walking naked onto learning center property while classes were in session. Details about the assault on the deputy aren't available, but the police report says it was a "violent attack" that left the deputy "dazed." Court records viewed by local station WPLG show that McDowell is being charged with aggravated battery of an officer, resisting arrest, and exposing his sexual organs in public.

The Browns signed McDowell in May 2021 and he started 14 games this season, appearing in 15 games total. He finished with 33 combined tackles — 19 of them solo tackles — and three sacks.

“We are aware of the very concerning incident and arrest involving Malik McDowell and are in the process of gathering more information,” the Browns said in a statement. “We understand the severity of this matter and our thoughts are for the well-being of all involved. We will have no further comment at this time.” 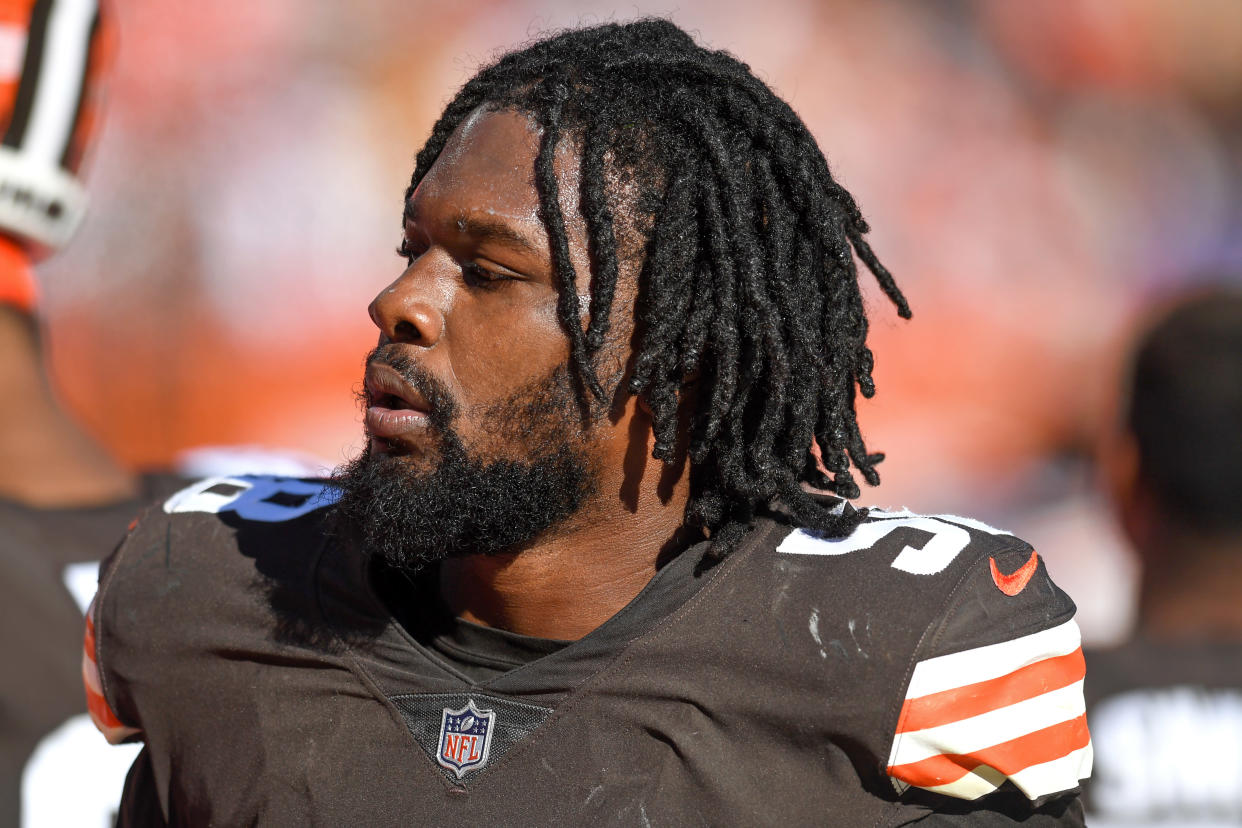 McDowell was taken by the Seattle Seahawks in the second round of the 2017 draft, but he never played a single snap for them. Just before training camp, McDowell got into an ATV accident and was placed on the non-football injury list. He was arrested twice after the accident, once for driving while intoxicated and once for disorderly conduct. He was arrested again in February 2019 for resisting arrest, operating a vehicle while under the influence and assault, and in April on charges relating to the possession of stolen property.

In Nov. 2019 McDowell pleaded guilty to all the 2019 criminal charges and was sentenced to 11 months in jail. It's not known if he served that time, but he was medically cleared to return to football by mid-2020 and even worked out with the Miami Dolphins before the Browns signed him, giving him a second chance at the NFL.

McDowell might be out of chances now, and this arrest might mean the end of his NFL career. Complicating matter is that he's still possibly on probation in Michigan, which could have an impact on his current legal entanglement in Florida.