Bruce Springsteen is changing his tune with a new album of soul covers, “Only the Strong Survive,” and it sounds great.

The Boss breaks out into falsettos, vibratos and sustained notes aplenty. At a time in life when a rock singer’s voice usually diminishes, Springsteen’s is coming on “Strong.”

“It’s great discovering parts of yourself that you may have let slide over the years a little bit and also going deeper into your talents as you get older,” Springsteen, 73, told the Asbury Park Press, part of the USA TODAY Network.

“I found that as you get older, you accrue a certain sort of richness in your abilities and it’s fun to explore that. The idea of, ‘I’m just going to sing,’ that allowed me to take all the energy I usually spend on everything else and just focus it on different types of vocal approaches toward some of these songs.”

Springsteen plays minimal guitar on “Only the Strong Survive,” recorded at his home studio in Colts Neck, New Jersey. His co-producer, Ron Aniello, plays all the other instruments besides the horns and strings, and soul legend Sam Moore helps with the vocals on two songs.

‘Only the Strong Survive’ review: Bruce Springsteen’s stroll through soul classics will make you happy 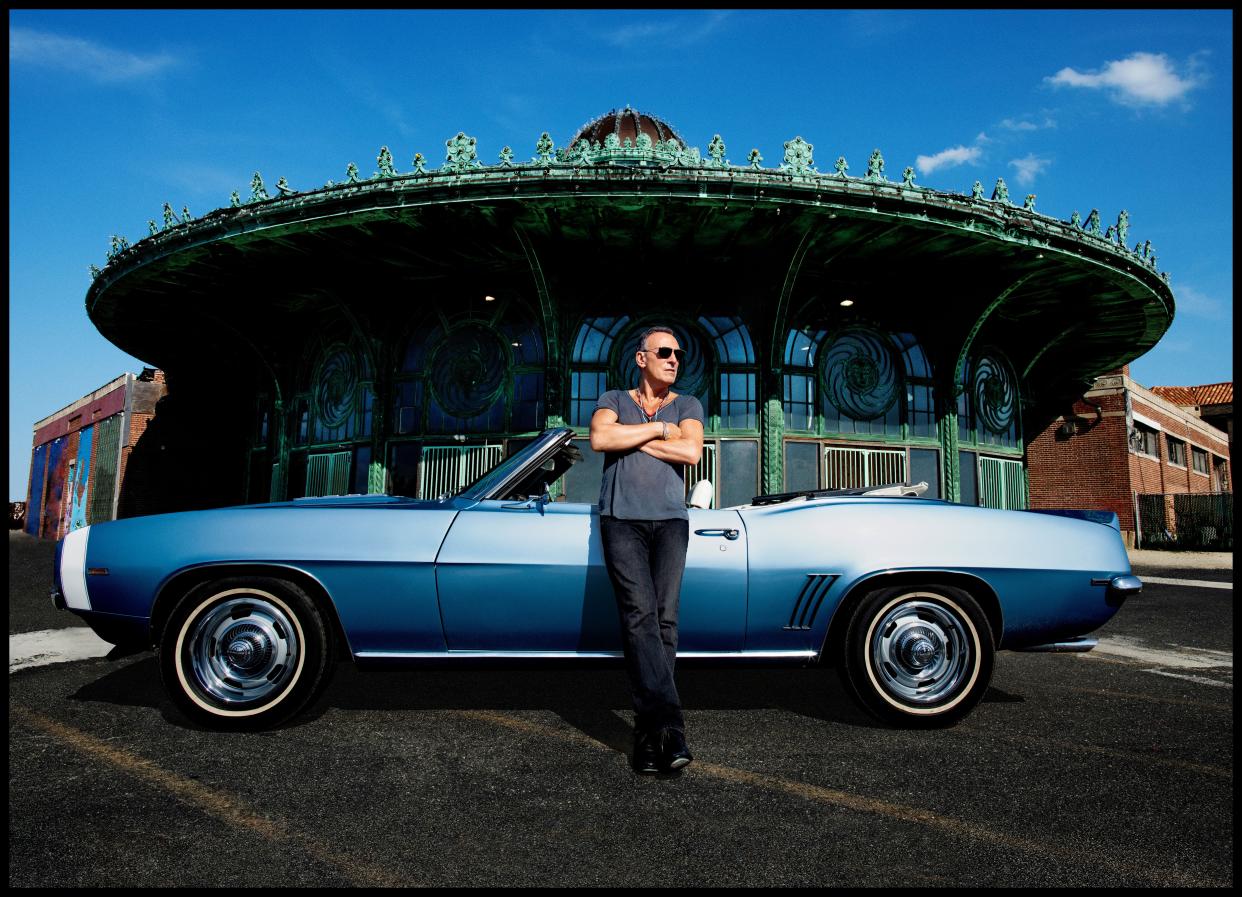 It’s the performance of a lifetime, in a way. The Boss has taken care of his voice over the last six decades.

“Clean living,’’ Springsteen says with a laugh when asked about his newfound vocal prowess. “Well, it’s a joke but there’s some truth to it in the sense I never did a lot of drugs, never drank to extreme. I never stayed up after shows and talked all night long, or partied all night long. I never over sang or blew my voice out night after night.

“People usually blew their voice out after the show, yelling, talking, partying, drinking, you know? So without sounding like a monk because I’ve had plenty of fun on my own, I believe that has had something to do with it.”

On the album, Springsteen begins the Four Tops’ 1981 hit “When She Was My Girl,” with an easy vocal groove of masterful phrasing that explodes into a soul ache for the chorus. There’s a scintillating falsetto on The Temptations’ “I Wish It Would Rain,” and a vocal majesty that rivals the late Jimmy Ruffin’s on “What Becomes of the Brokenhearted.”

Springsteen tickets for $4,000? How dynamic pricing works and how you can beat the system 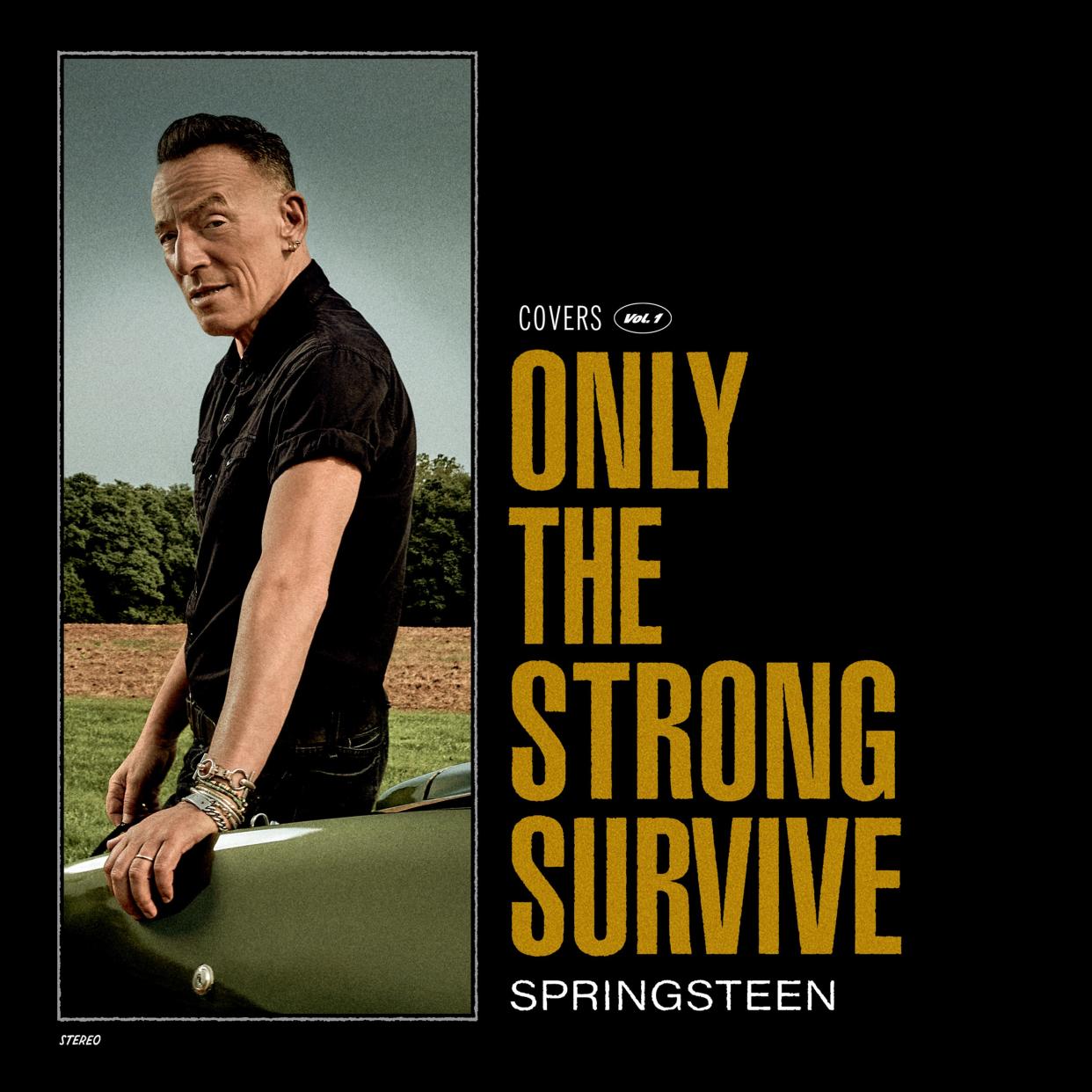 “One of the big classics we chose was ‘What Becomes of the Brokenhearted’ because it’s such a great song and I wanted to take a shot at singing it,” Springsteen says. “I got a great performance out of it. It’s just such a beautiful song that when it comes up at the end of the record it summarizes that soul experience.”

There are big Motown hits on “Only the Strong Survive,” but also lesser-known gems, like “Turn Back the Hands of Time,” originally released by Tyrone Davis in 1970; “Any Other Way,” by William Bell; and “I Forgot to Be Your Lover,” also by Bell, released in 1969.

“It’s a very modern song and a modern message,” says Springsteen of “I Forgot to Be Your Lover.” “I’ve loved that song for a long time. I’ve had that song sitting in my collection for 15 years, going, ‘That should be covered.’”

The Boss perused Northern Soul and Carolina beach-music compilations for songs. Northern Soul refers to obscure ’60s-era American R&B songs that became popular in the northern United Kingdom in the ’70s, and beach music is a style of R&B music popular on the coast of the Carolinas.

The sub-genre history dates back to the ’50s.

“I like a lot of beach music and that was one of the places I went looking for material was in beach music compilations, the Northern Soul compilations and stuff that’s a little off-beat,” Springsteen says. “That’s where I got my arrangement of ‘Don’t Play That Song’ (originally by Ben E. King). There’s a crazy beach version of it and I’m forgetting the artist’s name at the time, but it was like a little wedding version of it with a drum machine and it had that shuffling rhythm. I said, ‘Wow, that’s a great rhythm to sing that song in. I have to find out who we’re copying here’ (laughs).”

Bruce Springsteen tour: The Boss and the E Street Band announce 33 US dates 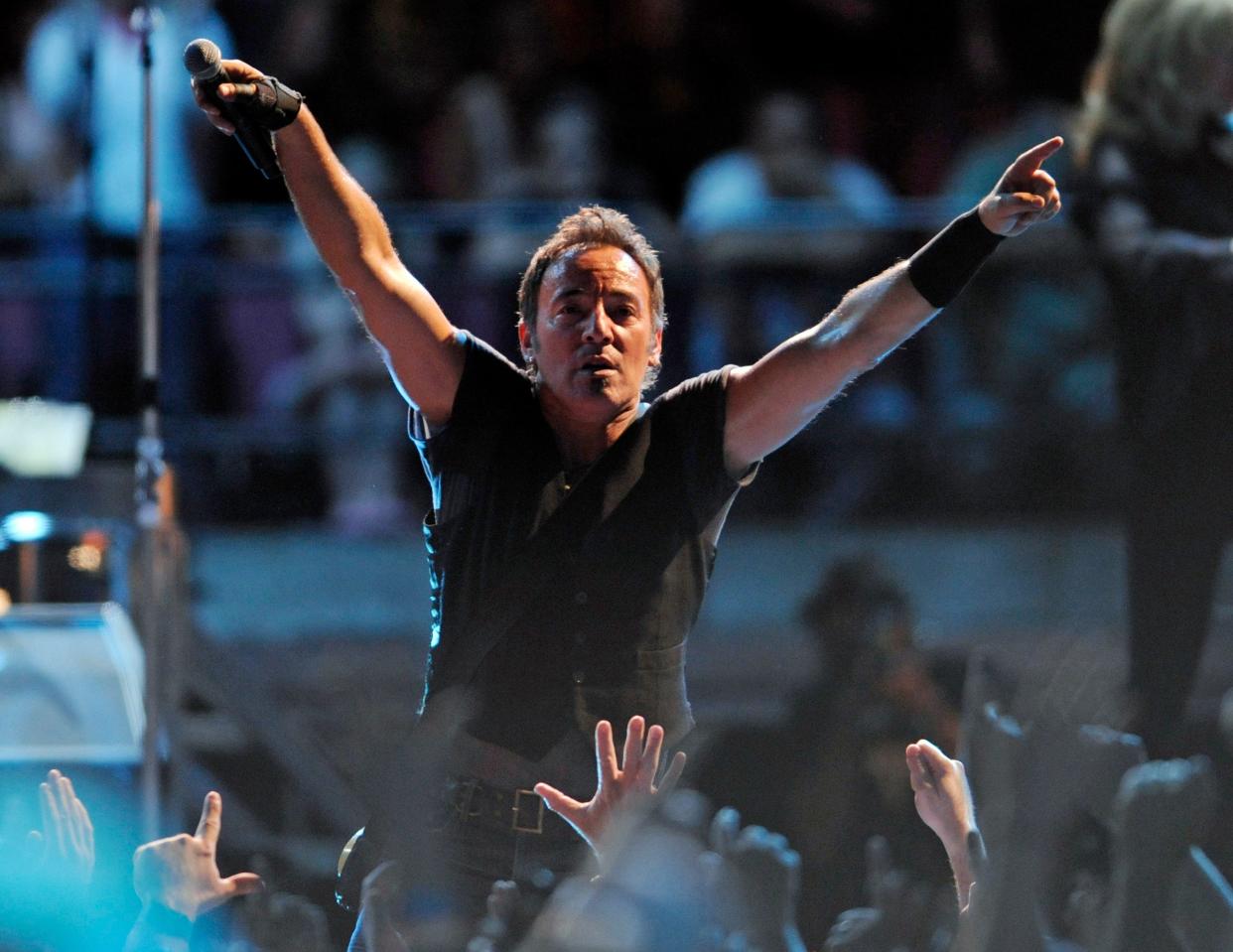 There will be Springsteen “Soul” on the TV this week. He joins “Late Night with Seth Meyers” on Wednesday (NBC, 12:35 a.m. EST). The fourth part of his “The Tonight Show Starring Jimmy Fallon” takeover is Thursday (NBC, 11:35 p.m. EST). His interview with Howard Stern will be shown on HBO at 10 p.m. EST Sunday.

There’s a Volume 2 coming up, and expect a few of the “Only the Strong Survive” songs to be performed on the upcoming E Street Band tour, which starts Feb. 1 in Tampa, Florida. The E Street Horns and Choir will be along for the ride.

Speaking of the tour, some fans were upset that the price of some floor seats rose to more than $4,000 on the primary market because of Ticketmaster’s dynamic pricing, which adjusts the price in real time based on demand. Just over 88% oftickets were sold at face value, said Ticketmaster and Springsteen’s camp. The prices for arena shows ranged from $59.50 to $399 before service fees.

“So this tour, we said ‘Hey, the guys are in their 70s. I’m 73. Do what everybody else is doing who are my peers,’ ” Springsteen says. “They basically went out and there were a variety of things being done and that’s what they did. Most of my tickets are totally affordable. There is a very high range.

“Let’s say this: I can set the price of my tickets,” he says. “I can’t set their value – and so there are tickets that get valued at that amount of money and go for that amount of money all of the time and that money gets sucked up by the ticket brokers. I said, ‘Hey, let’s have the money go to the guys who are sweating up on stage for three hours.’ If that’s controversial for you, I don’t know what to say.”

Ready to buy a VIP concert package? Here’s how to avoid getting ripped off

Springsteen has long been a proponent of fair ticket policies. In 2009, he spoke out forcefully against the Ticketmaster and Live Nation merger. In recent days, the Justice Department opened an antitrust probe into Live Nation after the recent Taylor Swift concert ticket snafus, according to The New York Times.

“I’ve wrestled with ticketing going back to 1980,” Springsteen says. “It’s a constant issue, that’s all there is to it.”

The only time it’s on the back burner is when Springsteen and the E Street Band are on stage.

“I’ll be happy when that moment comes,” Springsteen says.

Ticketmaster controversy: How the Taylor Swift debacle has ramped up fan and federal concerns