Building inspector was on roof of Florida condo hours before collapse 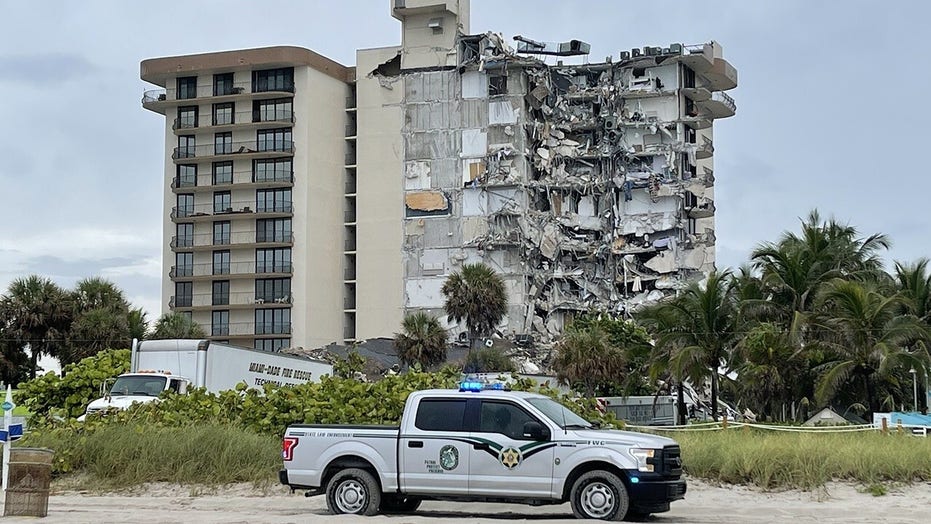 Fox News’ Geraldo Rivera discusses the latest developments after the condo collapse in the Miami area.

The Surfside, Florida, town building official was on the roof of the beachfront condo tower 14 hours before half of the building collapsed.

Jim McGuinness said during an emergency meeting that he was inspecting work replacing roof anchors, used by window cleaners to attach their equipment, the Palm Beach Post reported.

Hours after his inspection of the roof at Champlain Towers South, at around 1:30 a.m. Thursday, one leg of the L-shaped 12-story building pancaked, killing at least four people and leaving at least 159 unaccounted for. Rescuers have had little luck combing through the pile for survivors, and no one has been found alive since Thursday morning.

“There was no inordinate amount of equipment or materials or anything on that roof that caught my building official’s eye that would make it alarming as to this place collapsing,” McGuinness said during the meeting Friday afternoon.

“I have two words for the cause of this: under investigation.”

The town commission said during the meeting that it is looking into what may be done to ensure other high-rise buildings are safe. That likely means inspecting buildings, including the sister tower of the one that collapsed, which was also built in 1981.

“It would be imprudent not to take some types of steps to address that issue with the sister building,” Mayor Charles Burkett said during the meeting. 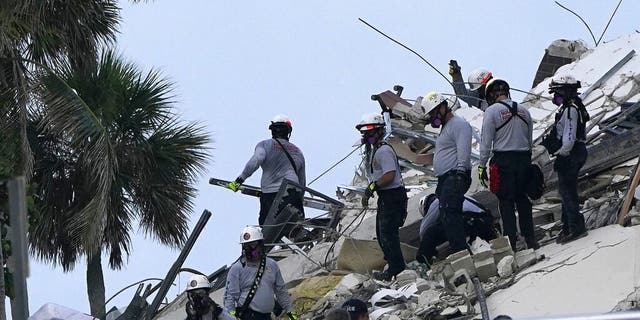 Rescue workers look through the rubble where a wing of a 12-story beachfront condo building collapsed, Thursday, June 24, 2021, in the Surfside area of Miami. (AP Photo/Lynne Sladky)

Some residents of the other building, Champlain Towers North, have asked officials if their building is safe, and the town is considering moving them out, even if it’s not convenient.

“But given we have no idea what caused this collapse — and listen, the chances of that happening again are like lightning striking — but I don’t know that there’s anybody in this room that would be willing to roll the dice with all those lives and say, ‘Let’s not worry about it for a while,’” he said.

One commissioner at the meeting said the town needs to increase the requirements for its recertification process, which now includes a series of inspections every building must complete every 40 years. The collapsed tower was in the midst of that process.

McGuinness agreed. “Hurricane Andrew changed the Florida building codes forever,” he said, ABC News reported. “So this terrible tragedy, which is a national tragedy, is going to change the building codes as they relate to certification.”

building, inspector, on, Roof, was
You may also like: