Buzz Aldrin gets married on his 93rd birthday to his 'longtime love,' Anca Faur

Iconic astronaut Buzz Aldrin, who was the second man to walk on the moon, announced Friday he spent his 93rd birthday tying the knot with his "longtime love" Anca Faur in a small ceremony in Los Angeles.

"I am pleased to announce that my longtime love Dr. Anca Faur & I have tied the knot. We were joined in holy matrimony," Aldrin shared on Twitter with two photos of them dressed in tux and gown. He added that he and his bride "are as excited as eloping teenagers."

Aldrin said that on the same day he was honored by the Living Legends of Aviation, making the day a three-in-one celebration.

On my 93rd birthday & the day I will also be honored by Living Legends of Aviation I am pleased to announce that my longtime love Dr. Anca Faur & I have tied the knot.We were joined in holy matrimony in a small private ceremony in Los Angeles & are as excited as eloping teenagers pic.twitter.com/VwMP4W30Tn

This marks Aldrin's fourth marriage. He was first married to Joan Ann Archer for two decades before getting a divorce in 1974. The next year he married his second wife Beverly Van Zile, they later divorced. His third marriage was to Lois Driggs Cannon in 1988 on Valentine's Day before divorcing 23 years later. 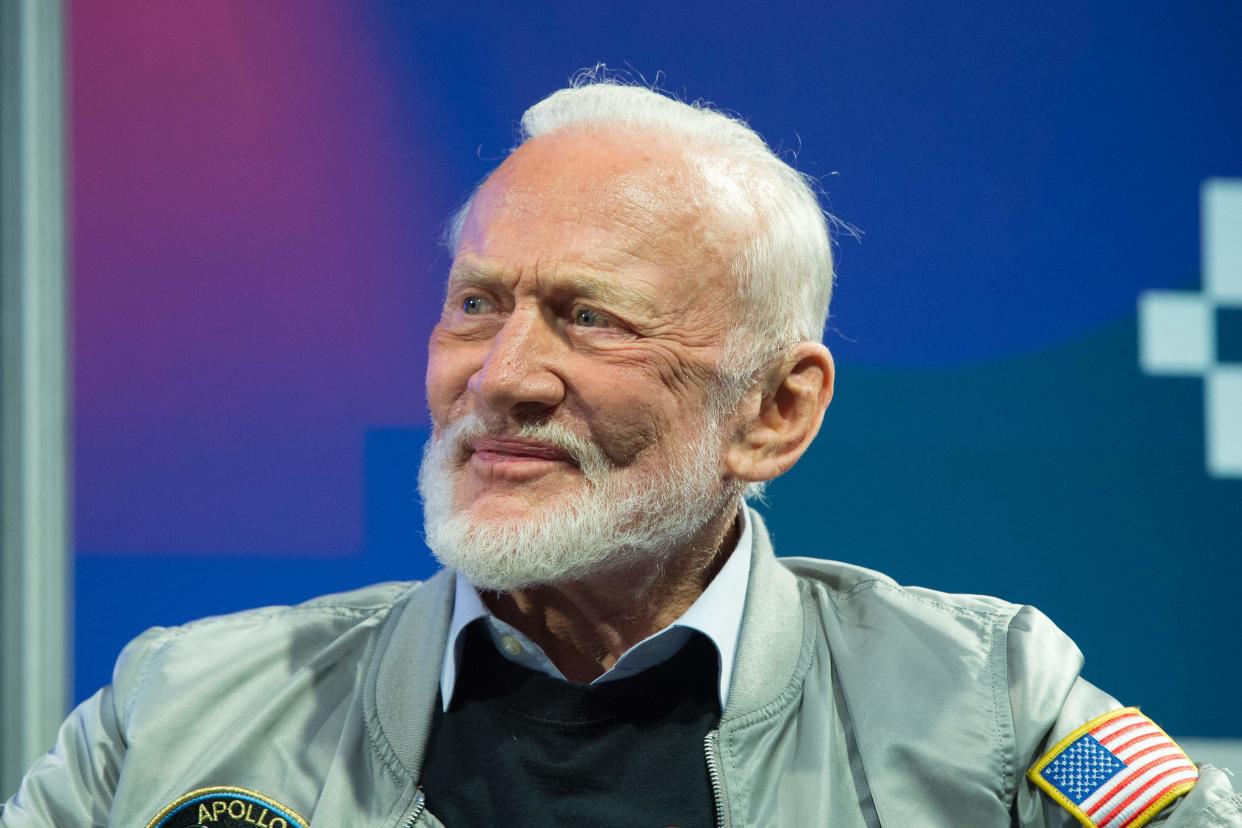 On July 20, 1969, Apollo 11 astronauts Armstrong and Aldrin made their historic walk on the lunar surface, fulfilling a vow by the late President John F. Kennedy to send a manned crew to the moon and safely return them to Earth. Michael Collins was the third member of the crew.