A pipe bomb and zip gun loaded with a 12-gauge shotgun shell were discovered in front of an elementary school Tuesday morning just as children were about to arrive, according to the county sheriff’s office.

An employee at Sacramento’s Ethel I. Baker Elementary School discovered two devices on the sidewalk in front of the school around 8:20 a.m. and alerted authorities. Sgt. Rod Grassmann told Fox News that the two devices were a pipe sealed at both ends and a “zip gun.” 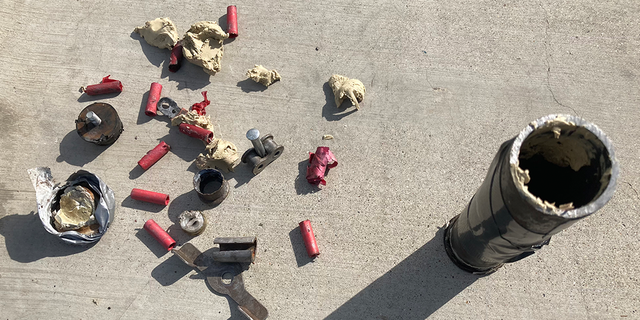 Sheriff’s deputies and the Explosive Ordnance Disposal Team arrived at the scene, determined that both devices were real and rendered them safe.

Officers found gasoline, shrapnel, and fireworks, inside the pipe bomb, while the homemade gun was loaded with a 12-gauge shotgun shell.

Grassman told Fox News that the school is not in regular session but is being used for programs to help dozens of children who come from homes without internet access for learning. Those students were about to arrive at the school when the two devices were found.

Grassman said calls were made to let parents know the day was canceled and that some people were turned around and asked to come back another day.

“It’s unreal that we actually go in and find two live-armed devices. That is unreal, I think,” Grassman said. “That zip gun had a 12-gauge round in it. So, if you were to pick that up and then drop it on its primer, that would go off like a shotgun blast.”

Grassman told Fox News that the sheriff’s office is piecing together all of the evidence available to identity a suspect.