A California mother threw secret parties for her teen son and his friends, where she supplied alcohol and condoms, and watched sexual encounters – including sexual assaults – between drunken teens, authorities said.

Shannon M. O’Connor, also known as Shannon Bruga, was accused of organizing the parties over the course of eight months while living in Los Gatos, Calif., the Santa Clara District Attorney’s Office said in court documents.

O’Connor, 47, was arrested Saturday in Idaho, where she now lives, as a fugitive, according to court and arrest documents. She was expected to be extradited to California to face 39 criminal counts. 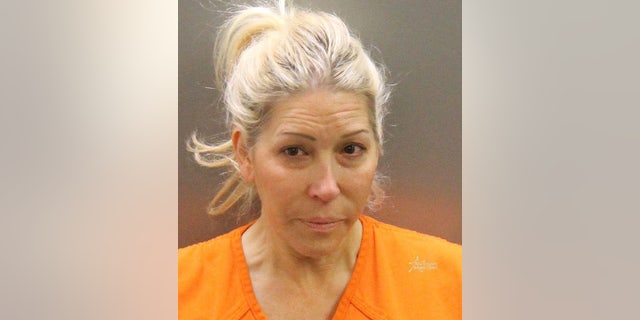 O’Connor, 47, was arrested Saturday in Idaho, where she now lives, as a fugitive, according to court and arrest documents. She was expected to be extradited to California to face 39 criminal counts.
(Ada County Sheriff’s Office)

She allegedly began throwing the parties beginning in June 2020, telling the teens not to tell their parents – or her husband – about the activities. Prosecutors said O’Connor provided excessive amounts of alcohol to the teens, leading the minors to blackout and vomit.

O’Connor is also accused of encouraging the teens to have sex with each other, facilitating and watching some of the encounters.

In one incident, O’Connor handed a condom to an intoxicated boy and pushed him into a bedroom at her home where a drunken 14-year-old girl was laying on a bed, the court documents state.

In another incident on Dec. 31, a minor girl who had been drinking felt sick and went to the bathroom, where a teen boy followed her, prosecutors said. O’Connor allegedly waited in the bedroom and laughed when the girl returned crying, “He made me bleed. Like he made me bleed.”

O’Connor would often pressure teen girls into engaging in sexual activities with boys, including her own then-15-year-old son, prosecutors alleged. If the girls did not consent, the 47-year-old mom would allegedly pull them aside for “a private conversation” until they each went into a room with a boy.

Other drunken incidents included the intoxicated teens injuring themselves. One teen girl broke her pinky and required surgery, while one teen boy suffered a concussion after hanging onto the back of an SUV driven by an unlicensed driver and falling off, hitting his head and blacking out, the documents state.

She also faces felony fraud charges in a separate case for making $120,000 in unauthorized charges on a company credit card while she worked as an administrative assistant for Aruba Networks, the district attorney said.